When Mukunda Angulo was walking the streets of New York’s East Village in the spring of 2010 with his five brothers — all of them with long black hair, similar features and dark sunglasses — he was used to bystanders taking notice. But when Crystal Moselle approached them, she seemed different.

Speaking by phone, Mukunda, now 20, recalls, “It was the first time anyone had taken a real interest in us and wouldn’t just say, ‘Oh, hi, can I get a picture with you?’ When Crystal met us, she wouldn’t let go because she was so curious: ‘Are you all brothers? Where are you from? Where do you guys live? I’ve never seen you around, why is that?’ We didn’t tell her much at first. We just said, ‘We love movies — what do you do?'”

Moselle replied that she was a filmmaker, setting in motion a transformation for both her and the Angulos that, five years later, produced The Wolfpack, Moselle’s debut feature documentary about the family’s unusual upbringing. (It opens wide on June 19th.) The movie, which won the U.S. Grand Jury Prize at this year’s Sundance Film Festival, chronicles in elliptical, sometimes dreamlike fashion the development of Mukunda, Bhagavan, Jagadisa (who now goes by Eddie), Krsna (who now goes by Glenn) and twins Govinda and Narayana — all of whom lived a sheltered existence with their sister Visnu and their parents in a rundown Lower East Side apartment.

“They wanted to make their own short films,” says Moselle, 34, about that first encounter with the boys on the street. She had made short nonfiction pieces with the likes of Pharrell Williams for The New York Times and co-produced a documentary on Andy Warhol collaborator Taylor Mead; before she met Mukunda, however, she was wondering what she’d do next. A tentative friendship developed between Moselle and the siblings, and soon she learned that Mukunda and his brothers re-created feature films like Pulp Fiction and The Dark Knight in their apartment with amazing faithfulness. Feeling a kinship with these movie-mad brothers, she decided to follow them with a camera as they embarked on a filmmaking career.

“I was inspired by American Movie,” she explains, referencing the 1999 documentary on a low-budget horror-film director. “I was, like, ‘Maybe I’ll just shoot a behind-the-scenes-type making-of.’ And then I discovered a way more emotional, complex story than I anticipated. I had thought, ‘This’ll be a fun little film of these kids making a short.’ After a couple years into it, I realized it was something very different.”

Indeed, The Wolfpack explores a thornier, much more delicate story, one in which a close-knit group of siblings bristle under the influence of their domineering father — a Hare Krishna follower named Oscar who forced his children to be homeschooled. The documentary takes place mostly in the Angulo apartment, which had become a prison of sorts for Mukunda and the others, who were denied much access to the outside world. (“It took me three years to realize that, one year, they didn’t go out at all,” Moselle says.)

Although Oscar shunned society — he had the only key to the apartment door — the boys’ father allowed movies, television and music to be part of their cloistered home life. They’d thought they might become a band, but soon cinema dominated their imagination. Eventually, they’d go from passive viewers to active participants, re-creating their favorite films and dressing up in character. In The Wolfpack, viewers see some of these vivid reenactments that were recorded, but Mukunda explains that they’d often skip the actual shooting process and just restage the movies for their own enjoyment. Partly, that decision was driven by limited access to a camera, but they also came to discover that filming deprived them of the spontaneous rush they loved. 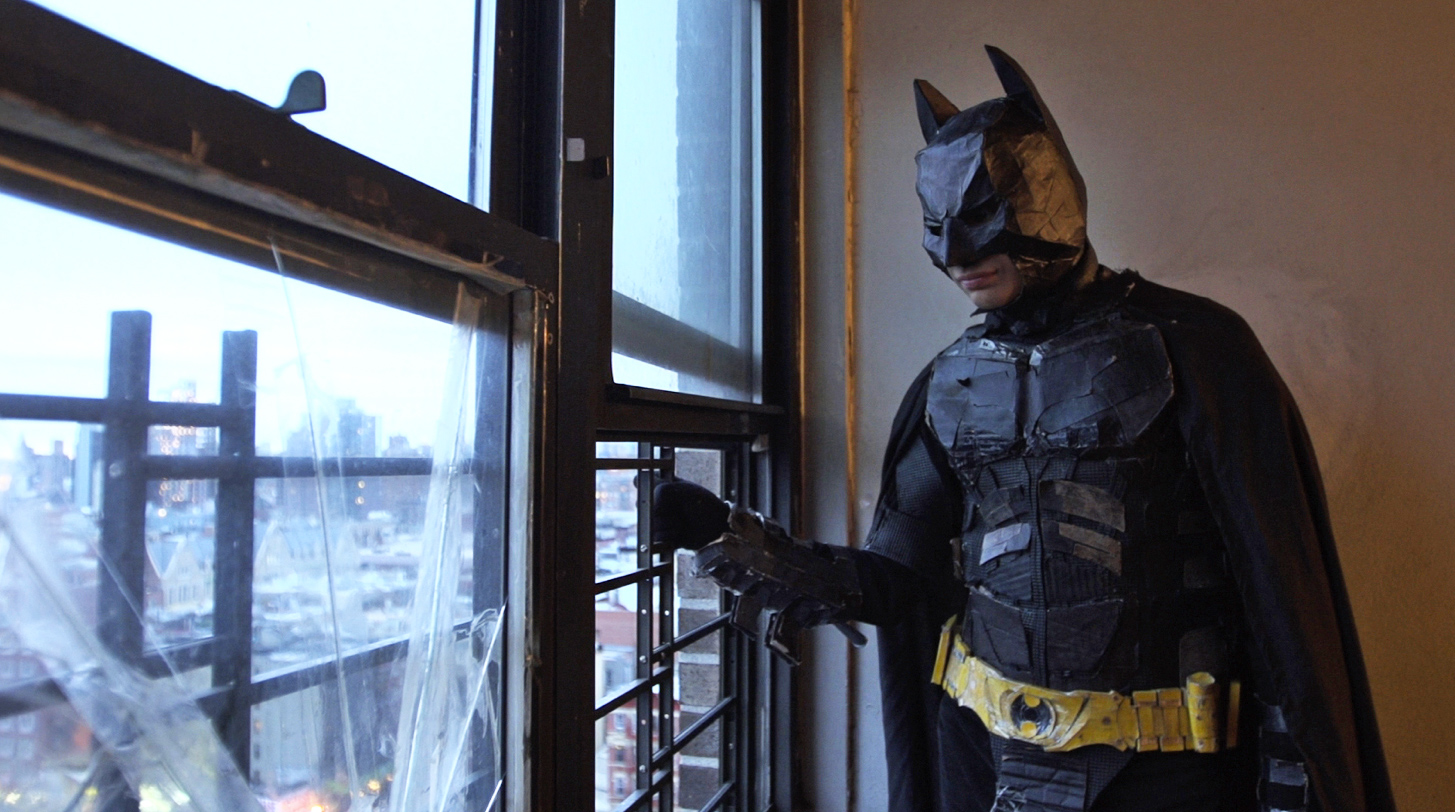 “The more we recorded us doing these reenactments, the longer it would take,” Mukunda says, “and the vibe — the feel we were all going for — would [be lost]. Filming The Dark Knight took us about six hours. But if we just reenacted it, it would’ve just taken two-and-a-half hours to do the whole movie — and we wouldn’t have lost that world, that vibe. So [we thought], ‘Let’s just do it like a play.'”

Before bringing Moselle into their world, Mukunda and his brothers were familiar with documentaries, especially enjoying ones about the making of movies, such as Hearts of Darkness. “[But] we would mostly watch real documentaries,” he says. “And when I say ‘real,’ I mean about life in general. We’d watch nature documentaries: how wolves or lions live, how wildlife is in various parts of the world.”

Strangely, the experience of watching The Wolfpack can be similar. Moselle dives into an extreme environment, observing a suffocating ecosystem in which Oscar’s overbearing influence always seems to be hovering just outside the frame. (When the dad finally makes his first appearance in the documentary, he’s on the far edge of the screen, almost as if he’s lying in wait.) It could have been a cruel gawk at odd social behavior, but Moselle resisted the desire to explain her subjects or comment on the action. “That’s just not how I work,” she says. “I’m not a journalist. I think it’s their story, their relationships with each other; it’s about their points of view, not mine. This is an emotional story about a family. I was trying to tell an honest version of their life as much as I could.”

For such sheltered young men, the last several months have been a rush for the Angulo brothers. Starting with the movie’s premiere at Sundance in January, they’ve been adapting to the limelight, answering reporters’ questions and doing photo shoots. Recently, they even appeared in a Vogue spread shot by fashion photographer Bruce Weber. “I said, ‘You can put them in Vogue, but they aren’t wearing your guys’ clothes. They’re gonna wear what they’re gonna wear,'” Moselle says. “They’re not models. What’s so cool about them is that they create their own look. From the costumes to the props to the story, it’s their thing.”

As for Mukunda, he and his brothers have started a production company, Wolfpack Pictures, and he’s currently finishing editing a project for Vice. He’s excited for more people to see his story and proud of how the film turned out, even if it’s meant that he and his brothers haven’t been able to do many of their beloved reenactments lately.

“We try when we can,” he says. “We haven’t had time because we’re actually making movies for real now instead of re-creating others.”