The appeal of Keanu Reeves – philosopher, lover, martial artist, musician, motorcycle enthusiast, movie star – is that he carries himself lightly, even in the movies that require him to turn from “cool breeze” (the Hawaiian translation of his first name, for those of you playing at home) to howling tempest. He’s the type of guy who’s had to deny being Buddhist, even though he’s played the Buddha onscreen – because it’s just widely assumed that he would swing that way religiously. (“I haven’t take refuge in the dharma,” he has assured us.)

But there’s always been a slight philosophical bent to his roles. He’s “The One” in The Matrix because he’s chosen, not because he has the ego to assert himself. His time-traveling stoner Theodore “Ted” Logan has learned the study of fundamental knowledge from some of the greats (literally). He’s been photographed contemplating the meaning of the universe in a sandwich. And even in 2014’s John Wick, playing a super-assassin haunted by his past, he’s not big on material possessions. He would have lived alone in peace forever if Russian thugs had merely stolen his car … instead of murdering his puppy for sport. You simply do not do that to even the most enlightened of men.

The Quiet Man: The Riddle of Keanu Reeves

With John Wick: Chapter 2 bringing the reluctant warrior back into action this week (and letting him utter such platitudes as “The blade is in your aorta, pull it and you will die. Consider this a professional courtesy”), it’s worth marveling at both the Taoist principles and more Westernized concepts that flow through his words of wisdom – both in his interviews and some of his more mind-blowing bits of dialogue. The movies are Keanu. Keanu is the movies. Whoa.

On Women
“It’s always wonderful to get to know women, with the mystery and the joy and the depth. Men don’t have that – they just have really smelly underwear, or at least that’s what I’ve found. Anyway, if you can make a woman laugh, you’re probably seeing the most beautiful thing on God’s Earth.” – via CBS News

“Oh you beautiful babes from England, for whom we have traveled through time: Will you go to prom with us in San Dimas? We will have a most triumphant time!” – Bill & Ted’s Excellent Adventure (1989)

“I believe in love at first sight. You want that connection, and then you want some problems.” – via Entertainment Weekly 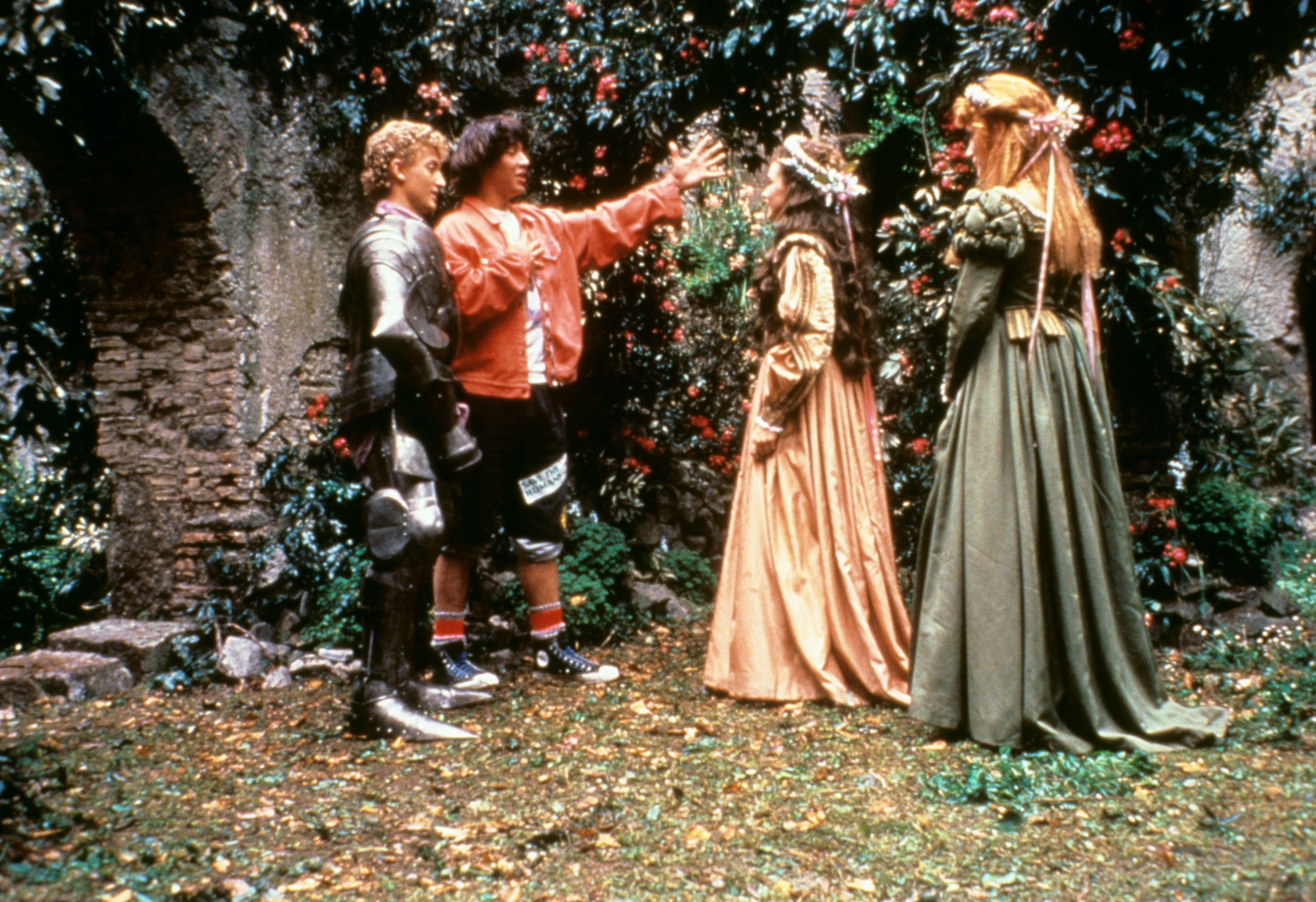 On Living Modestly
“Money doesn’t mean anything to me. I’ve made a lot of money, but I want to enjoy life and not stress myself building a bank account. I give lots away and live simply, mostly out of a suitcase in hotels. We all know that good health is much more important.” – via Hollywood-dot-com

“It’s when you start doing things for free that you start to grow wings.” – My Own Private Idaho (1991)

“Every moment is precious. I’m trying to travel. I want to go to Paris. It’s probably just a pipe dream. I’d like to read some books. Take some voice lessons.” – Interview Magazine

“To learn is to change. The path to enlightenment is in the middle way. It is the lie between all opposite extremes.” – Little Buddha (1993)

“I’m a meathead. I can’t help it, man. You’ve got smart people and you’ve got dumb people.” – via The Guardian

“How great is it for you that I’m not intimidated by your brilliance?” – Something’s Gotta Give (2003)

On Living the Creative Life:
“I was overwhelmed at what I had to do – it was like, Oh, no! Can I do this? I was afraid. But Gus [Van Sant] and River [Phoenix] made me fit in. Said, Let’s do one bitchin’ movie.” – Interview Magazine

“I know I want to have truthful acting. Maybe that can turn into a truthful life.” – Post-Gazette.com

“I guess if you collect some of those strings and hold them in one hand, it can tend to look like a bouquet.” – The Guardian, on asked if there was some Zeb theme guiding his career

“I have been born to reach Enlightenment and free all creatures from suffering.” – Little Buddha (1993)

“Energy can’t be created or destroyed, and energy flows. It must be in a direction, with some kind of internal, emotive, spiritual direction. It must have some effect somewhere… I do think there must be some kind of interaction between your living life and the life that goes on from here.” – via AP/Today.com 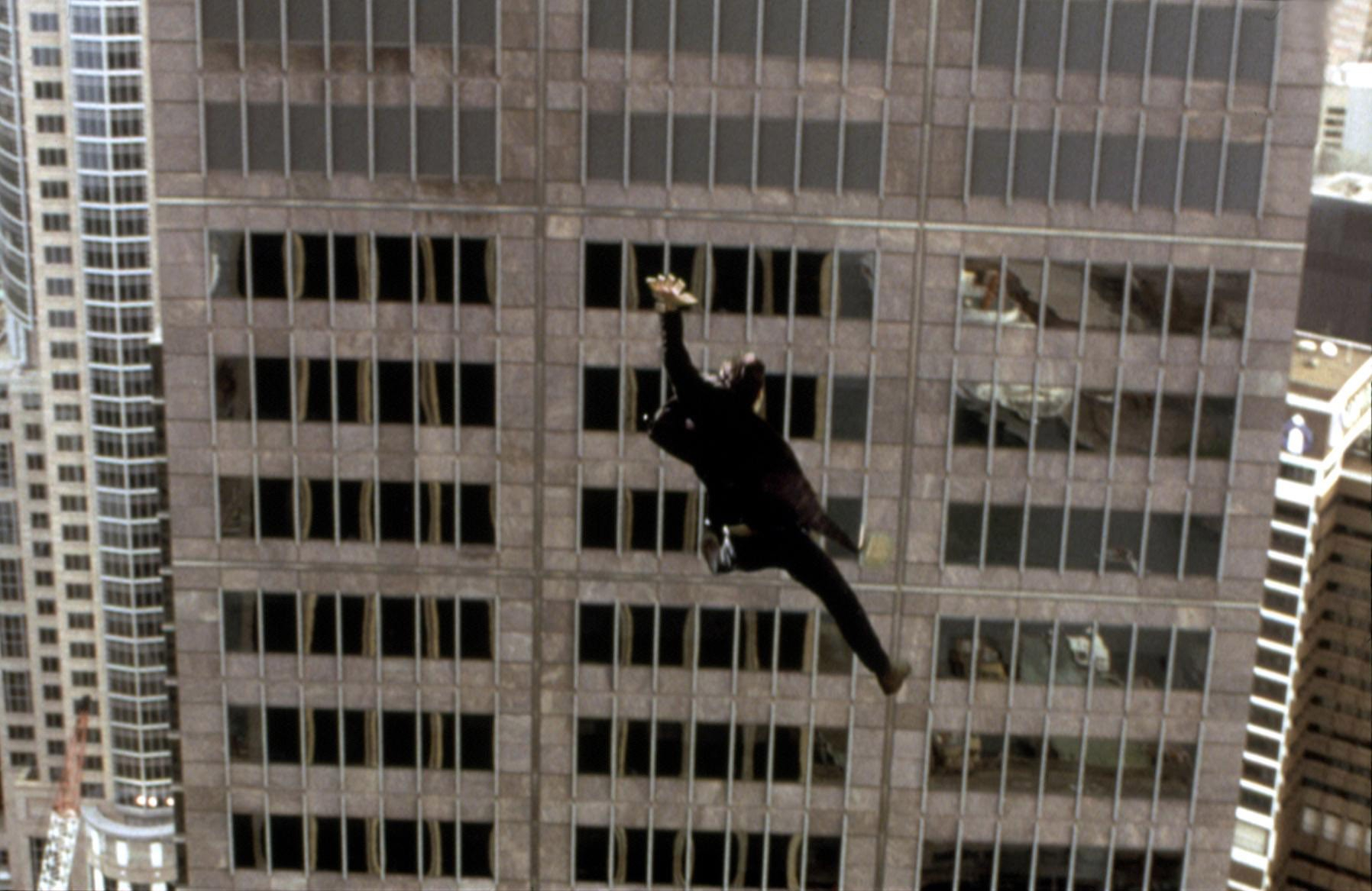 On Being and Nothingness
“I’m Mickey [Mouse]. They don’t know who’s inside the suit.” – via Vanity Fair

“You ever have that feeling where you’re not sure if you’re awake or still dreaming?” – The Matrix (1999)

“I realized I didn’t hate the cabinet door, I hated my life … My house, my family, my backyard, my power mower. Nothing would ever change; nothing new could ever be expected. It had to end, and it did.” – A Scanner Darkly

“It was just bottomless, man. You could go as far as you could go, you know?” – Interview Magazine

On Being Back
“People keep asking me if I’m back and I haven’t really had an answer. But now, yeah, I’m thinkin’ I’m back. [Pause] So you can either hand over your son or you can die screaming along with him.”  – John Wick (2014)