During the “Roxanne Wars” of the mid-Eighties, a battle of words spilled across nearly 50 12-inch singles, captivating the earliest generation of hip-hop fans. With the first volley emerging in late 1984, the records not only showcased an early indication of the young genre’s commercial potential, but immediately catapulted 14-year-old Lolita “Roxanne Shanté” Gooden from the Queensbridge Projects to national fame.

However, the fictional beef of the Roxanne Wars paled in comparison to the drama unfolding in Gooden’s real life. Roxanne, Roxanne, the long-awaited feature film detailing the true story of the razor-tongued hip-hop pioneer, is unlike any other rap biopic. Writer-director Michael Larnell eschews the creation myths, superhero narratives and obsessive musical focus of films like 8 Mile, Straight Outta Compton and Notorious, preferring a portrait of a teenager balancing school, poverty, big sister responsibilities, early pregnancy and domestic abuse while a rap career burns in the background.

“When I first met Shanté, of course I wanted to get more information about the Roxanne Wars; all the surface stuff, the industry stuff,” Larnell tells Rolling Stone. “Then as I started talking to her, the first day, she just broke down how her childhood was before the rap music came. That struck me to the core. Once I heard that story, I had to focus on that.”

The film, which receives its first screening Sunday at Sundance Film Festival, is a co-production between Forest Whitaker’s Significant Productions and Pharrell Williams’ I Am Other, the team behind the acclaimed 2015 comedy-drama Dope.

“As a teenager, the Roxanne saga was the first of its type. We had never heard anything like that on the radio,” says Williams. “My producing partner Mimi Valdés has been obsessed with Shanté from the moment she heard ‘Roxanne’s Revenge’ on the radio as a teenager. Shanté is a survivor – her story is about perseverance – and any human being can relate to that.”

“When it comes to a movie, a lot of times they tell you, Well, you know, they add these things for dramatic effect,” says Roxanne Shanté, also an executive producer on the film. “You know, we didn’t have to do that at all.”

The rapper met with Larnell in Central Park and spilled the details of her turbulent teenage years, a process she describes as “therapeutic.” “People would figure you wanted to go someplace quiet, and we’re gonna sit up here in a hotel suite, and you’re going to tell me your whole life story, and we’ll do it real-Hollywood style,” says Shanté. “We kinda did it the Holly-hood style, like we’re going to meet in in Central Park. I’m going to bring a sandwich, we’re going to go stop by the corner bodega … There were some parts where we literally sat on the bench and cried where people walked by and were like, ‘Oh my god, I hope everything is okay for you guys.'”

“The characters and the actors that played my mom were just so dead on that I felt like I was stepping back in time,” says Shanté “Some parts of the movie, I couldn’t be there when they filmed them only because I couldn’t relive it again.” 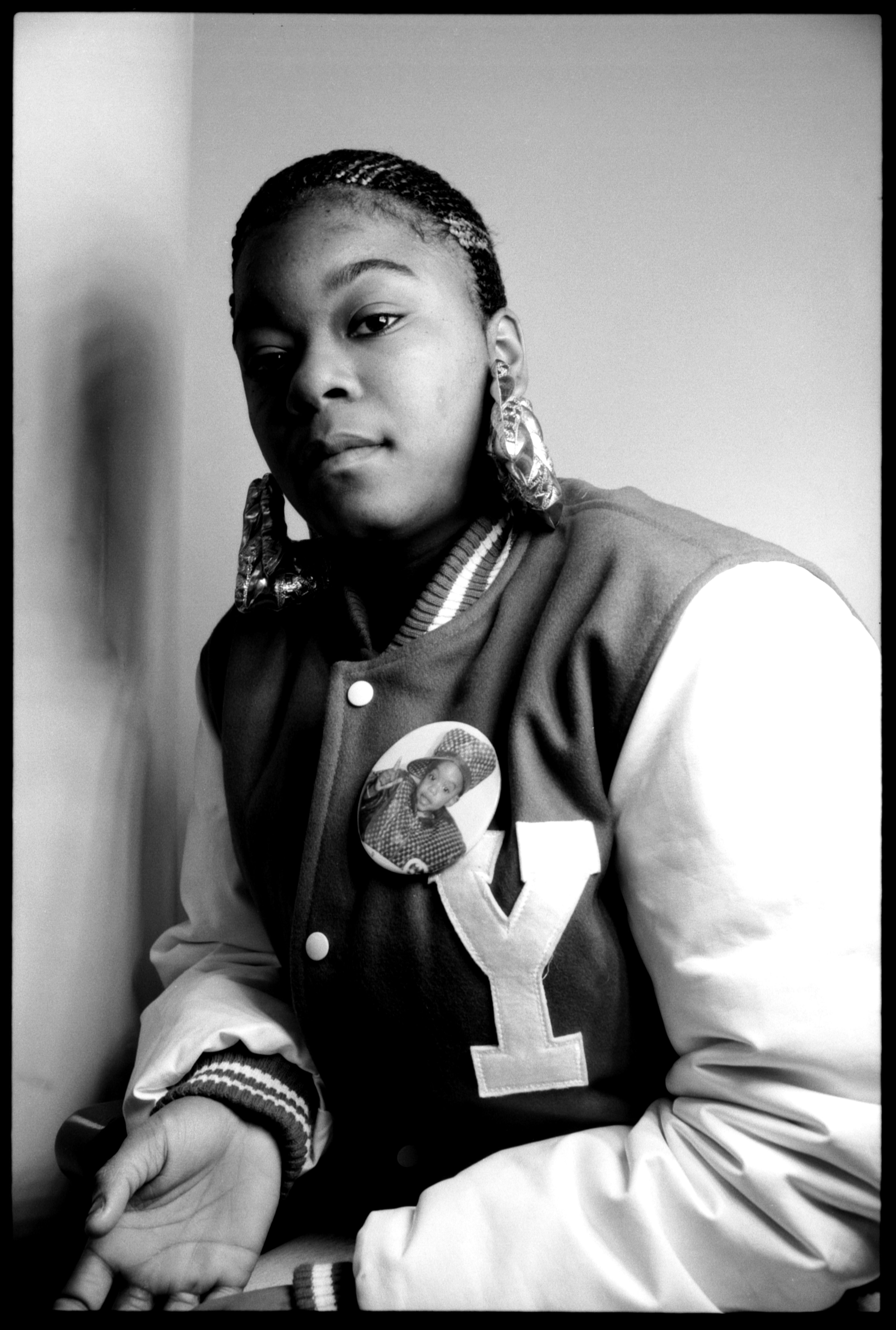 As but one example, actor Mahershala Ali – in the midst of a cinematic sweep that includes Moonlight and Hidden Figures – convincingly plays her abusive love interest.

“Mahershala told me, ‘This has been one of the most difficult parts I’ve ever had to play. I’m having a hard time sleeping because of what your character goes through because of me,'” recalls Shanté. “So how do I react to that? Do I say, ‘Oh good, so that means you’re feeling the part!'” she says with a laugh. “Or do I hug him? So what I wind up doing was just hugging him and saying, ‘Well, you know what, it turned out good after all.'”

Broadway veteran and film newcomer Chanté Adams, the actress who plays Shanté, took on-set pointers from the rap veteran, who taught Adams to properly swing her ponytail while doing the wop.

“I did not wanna get on set and be one of those people: ‘Cut, let’s do this again!’ Every cut costs money,” says Shanté. “But it was a moment, I’d be like, ‘OK, if you’re gonna be boosting and you’re going to steal, don’t keep looking down in the bag because you’ll get caught, so you gotta keep you head up, do it this way, just fold the clothes and drop ’em in the bag.’ So I gave her, like, boosting tips. Not know anything about that now – but back then I did!

“I think one of the funniest things was them having to give her fake braces, because I had orthodontist work for so long,” Shanté continues. “And I remember the first time on set with her and she was like, ‘Look, I got my braces,’ and her lips kept getting caught in her braces and she was like, ‘It’s tearing up my mouth!’ We had to put wax around it so her lips could slide over it. But by the time she finished shooting, she was an expert; talking with braces and everything.”

The rapper hasn’t seen the film yet and will get her chance this weekend alongside a Sundance crowd.

“Everything was the truth, so I can’t alter the truth,” she says. “And whatever happened, what can I do about that – we can’t rewrite history. So, I prefer to see it when everyone else sees it. When people see me at Sundance, the reaction they see that night will be my true reaction.

“Now the catch is,” she adds, “Can I still perform after that? Right after the movie, I’m going straight into a performance. Yeah, so, I might be up there with my chubby face and my swollen eyes from crying!”