Star Wars: Episode VII has added a pair of powerful actresses to its already-epic cast. Lupita Nyong’o (who won a Best Actress Oscar for her role in 2013’s 12 Years a Slave) and Gwendoline Christie (best known for her role as Brienne of Tarth in HBO’s Game of Thrones) will both appear in the upcoming, J.J. Abrams-directed sequel, according to the official Star Wars website.

Meanwhile, TMZ has shared some “spoiler pics” from the movie’s current set in Abu Dhabi, where the crew is (in all likelihood) recreating the desert landscapes of Tatooine. The most intriguing photos show a mammoth creature, which TMZ says was “manned by five men inside its belly” and used in two scenes “in what looks like a Tatooine marketplace.” 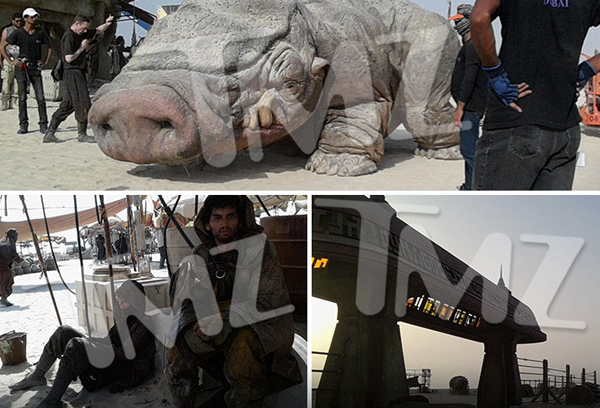 One charitable fan will be joining the cast and crew in that desert setting to appear with a filmed cameo. Fans can enter the contest by making a $10 donation to Star Wars: Force for Change, a charity created by Disney and Lucasfilm (in collaboration with Bad Robot).

Episode VII is set to open worldwide in theaters on December 18th, 2015.