Listen,” sighs director and co-writer Tom McCarthy as his train of thought derails while trying to answer a question. “I just finished this movie in September and I haven’t really had time to process it objectively. I just know it probably won’t be for a few more months.” In this case, it’s an understandable reaction. His new film Spotlight, a painstakingly detailed procedural about how the Boston Globe exposed the most pervasive and insidious cover-up in the history of the Catholic Church, is a powerful reminder that the truth can be hard to wrap your head around.

Unfolding like a cross between Zodiac and All the President’s Men, Spotlight rewinds to the summer of 2001, when the Globe‘s new editor Marty Baron (Liev Schreiber) assigned the paper’s investigative “Spotlight” unit to look into an old story regarding a local priest who’d been accused of molesting kids and was reassigned to another parish. The team, led by veteran journalist Walter “Robby” Robinson (Michael Keaton), eventually uncovered decades of sexual abuse perpetrated by priests who preyed upon children and were protected by the Church — a story that everyone in Boston knew but nobody wanted to believe.

Most movies, especially ones with A-list stars like Keaton, Mark Ruffalo and Rachel McAdams, tend to play to the cheap seats in the name of awards-season glory. But by focusing instead on the hard-nosed journalism that broke the story, McCarthy has crafted a bracingly powerful film about the institutions that hold sway in our society, the need for a free press to hold them accountable, and the pervasive sense of guilt that can get in the way. The director rang up Rolling Stone to talk about heroes, healing, and how it feels to direct a box office mega-bomb and a presumptive Best Picture nominee in the span of a single year.

Films about recent history invariably open with a title card that says “Based on actual events,” and Spotlight is no exception. What sort of effect do you feel these non-fiction disclaimers have on an audience?
I’ve never made a movie based on actual events before, and so when we got to that point I really had to consider it. From a writing perspective it was a nod to the amount of research we did and the amount of effort we put into the authenticity of the film, which was one of the great challenges of the movie. I don’t know if this is something I really have a grasp of yet — does that title card make a movie more important? Does it make a movie more meaningful, or right? I don’t know. You’d think as a filmmaker I’d have the right answer for this [laughs]. But it seems to me that there’s something more honest about it, more transparent.

You were raised Catholic, and your parents had to placate concerned friends of theirs who’d call them and ask why you wanted to make a movie about the scandal, right?
I would stop short of saying they were “placated.” That’s important, because I don’t think my parents had an answer. My mother just saw the movie for the first time at the premiere in New York last week — my father recently passed away — and I can tell you that, as a devout Catholic, she’s still grappling with it. I think that’s understandable and admirable.

I just forwarded a review to her, which I never do, but it was from a Catholic journal that was in support of the movie. They’re acknowledging that the film is raising a dialogue that needs to continue until we’re absolutely sure that every child is safe. Why would we stop? Why would we lower our vigilance? I think for some Catholics the idea is that we’re dredging up ancient history. Why bring it back up if only to rub salt in old wounds? But as a storyteller I believe very confidently that this isn’t a problem of the past — this is a historical problem. We’re not putting the Catholic Church on the stake. We’re saying “Look, as with all man-made institutions, there are problems, and this is obviously one of them.”

What’s the value of telling a story like this as a narrative film rather than as a doc?
At the end of the day we wanted to make an entertaining movie, and we hoped that in doing so we might make a film that might be more accessible — if not palatable — to an audience. There’s a bit more of a safe distance when you’re making a narrative movie, a bit more perspective. Audiences can separate themselves from the harsh reality of the facts a little bit more and think: “Okay, how do I consider this?” I think particularly the way we approached this subject matter, not only through the eyes of the journalists but through the eyes of survivors as men and women who have lived with this for decades and continue to struggle with it. With docs, there’s often a very direct communication between the filmmaker and the audience. With narrative movies, we leave it a little bit more open. 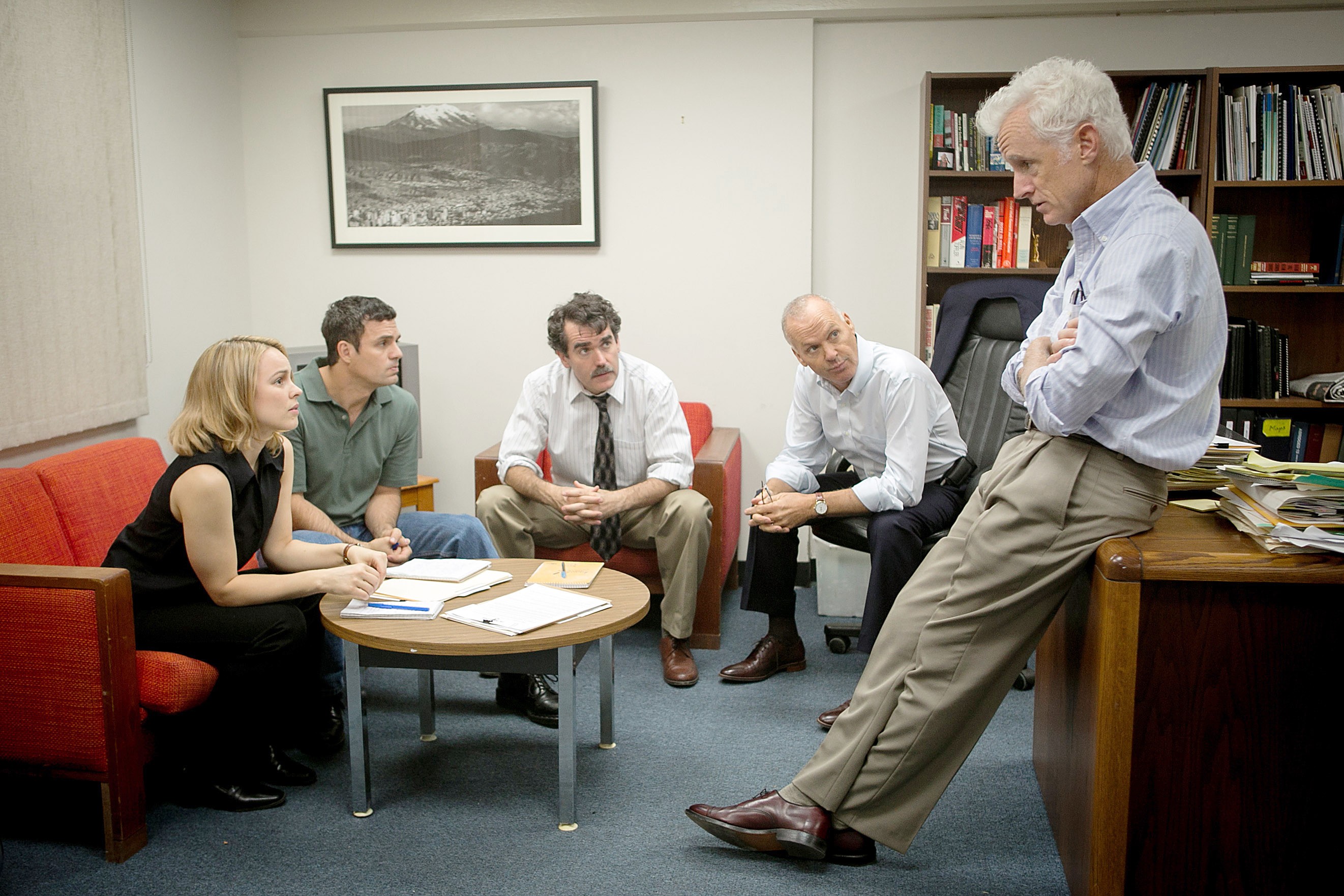 To that end, the movie does a good job of not turning the journalists into heroes, even though it shows their work as being heroic.
Well, one of the journalists from the film said the same thing on a panel last night, and I just didn’t take the opportunity to push back on it. The term “hero” is bandied about a lot, but as far as my film is concerned I think they are heroes. They’re even more heroic because of their humanity, because of their flaws. They’re not superheroes, they’re human beings. The fact that Keaton’s character, Robby Robinson, acknowledges that he missed the child-abuse story when it first came across his desk and he kind of falls on his sword for it — that’s heroic to me. Not enough people own their mistakes, anymore.

The reporters portrayed in the film have been doing press for the movie, and several of them even wrote articles about their time on the set. Did your subjects end up becoming more like collaborators?
I wouldn’t speak for them, but I will say it’s a little bit of both. There came a point where had to treat them as subjects. We interviewed them a lot, but then we went away to write this movie, and they didn’t see a script. We were lucky to have their complete involvement, and to some extent they were collaborators on that level, but it wasn’t like we were involved on a day-to-day basis with them. Even now I think having them on board is really wonderful, because it feels like we’ve finally reached the point where our processes can intersect. It’s interesting to be on panels with them and hear them talk about their work.

If anyone truly collaborated with the reporters, it was your cast. Were you at all concerned that one of their performances might slip into imitation?
I mean, it was certainly a consideration, but I was pretty aware of who I was casting across the board. I didn’t know Michael Keaton and Rachel McAdams as well as I did some of the other actors, but that’s part of my job as director. Everyone did their research, which certainly added to the texture of their work. I remember one conversation with Rachel when she came off a scene and I said: “That’s it, that’s the right pitch. Could you feel it?” She said “Yeah, I could kind of feel it in the pocket, there.” And then she asked: “So, do you think people will get this?” I couldn’t answer that, I could just tell her that I knew her performance was working.

Did the Spotlight story restore a certain optimism to the city of Boston?
I think the fact that this story broke in Boston, the most Catholic of major American cities, is pretty amazing. We now know that this is a problem that hasn’t occurred only in Boston, but I think it says a lot about that newspaper and the people of Boston that it broke there. It says that they’re fiercely loyal to the Catholic church, but that they’re also fiercely loyal to their children. And when the story broke it presented the case in such a way that there was resounding support for change. I think the movie finds something cathartic about the experience. It’s almost uplifting. 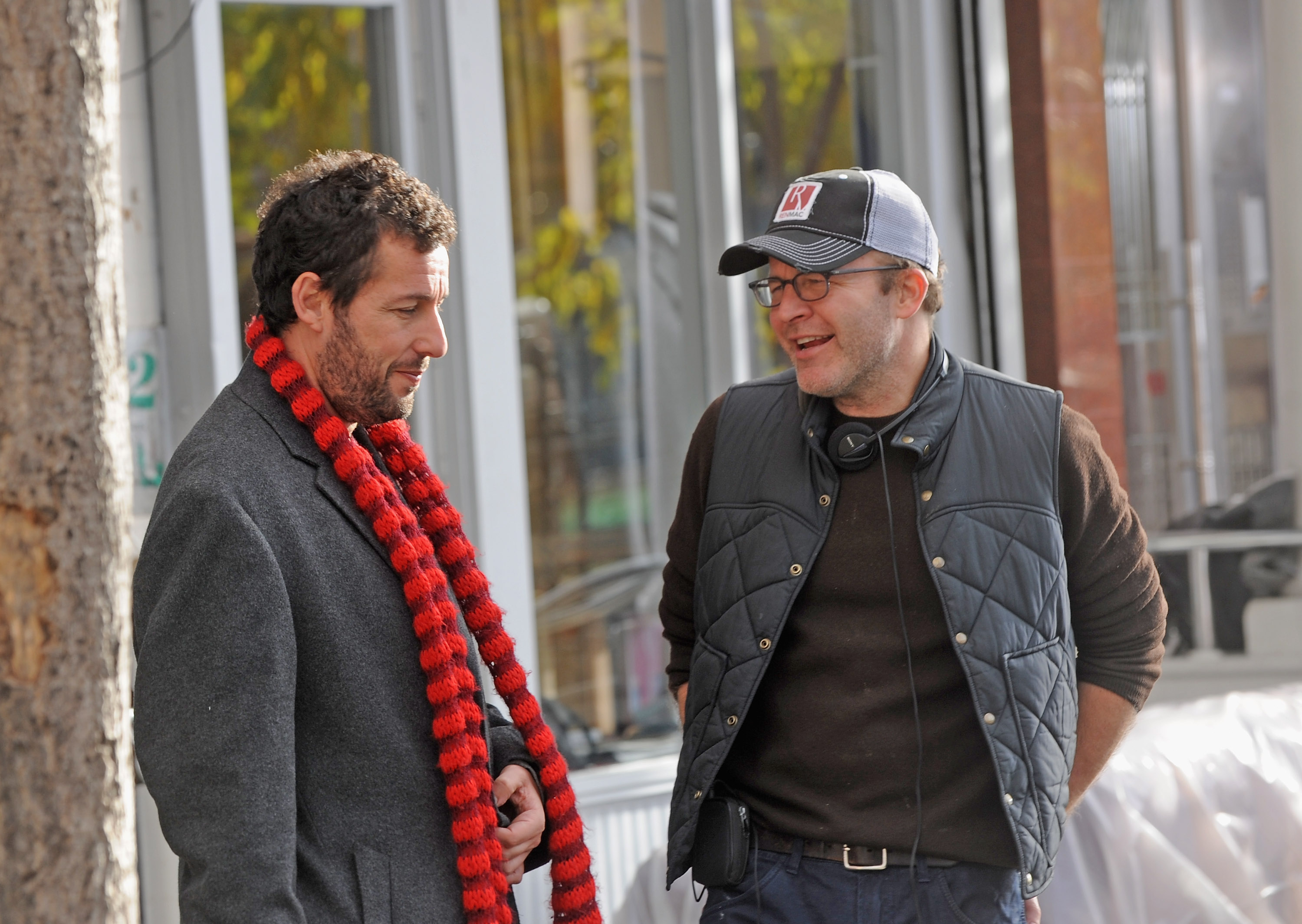 You’ve had a bit of a roller-coaster year with critics, between this film and the less-than-well-received Adam Sandler film you directed. Was your experience with The Cobbler demoralizing or unexpected? Did knowing that you had a film like Spotlight in your back pocket make it easier to weather a difficult time?
Well, it was far from my back pocket, because I was in pre-production when The Cobbler premiered. It was a really interesting experience, to be quite honest. It was probably a little bit of all of those emotions that you just referenced. It’s always painful when a movie doesn’t connect with audiences — I personally remain very proud of the movie, and I’m very happy I made the movie.

Look, taking chances is my job; some will connect and some won’t, and certain films find their audiences in different ways. I think Spotlight probably is a better movie because of The Cobbler. You learn with every movie you make, you learn from your mistakes and you learn from your achievements, and I really do have that approach to filmmaking. It was certainly a learning experience, just like making a good movie is a learning experience. But it’s funny, the response hasn’t shaken my confidence in The Cobbler — I still really enjoy that movie.