Until 2008, the James Bond franchise was a lot like Groundhog Day: An infinite loop, every lap of which was superficially different but fundamentally the same. Over the course of 21 self-contained installments, six male leads and 46 years, audiences had grown accustomed to the idea that each subsequent movie would be less like a novelistic chapter than a new drawing on a recently shaken Etch a Sketch. Not until Memento would there be another leading man with such a terrible memory; when Bond’s wife was assassinated in the closing moments of On Her Majesty’s Secret Service, the iconic spy was literally a different person by the time the next film began.

Bond was able to survive any number of tectonic shifts in the cultural landscape in large part because of the series’ timeless formula: hit up exotic locations, kill some henchman, have sex with numerous women, immediately forget about them when they’re murdered a few scenes later, and defeat an evil mastermind. When Star Wars changed the landscape in 1977, Bond went to space. When James Cameron raised the bar for muscular Hollywood spectacle in the early Nineties, Bond was reinvented as an explosive action star with a newfound gift for collateral damage. When the Bourne films started making 007 seem stodgy by comparison, the series responded by introducing a grittier, more grounded sensibility and Daniel Craig’s portrayal of Bond as a back-alley bruiser. He was nothing if not a man of his time.

And then he met Tony Stark.

The Big Bang of the Marvel Cinematic Universe proper, 2008’s Iron Man ushered in an age when even the biggest studio blockbuster could function like an episode of a network TV show, as concerned with advertising the next edition as they were with establishing a solid conflict for the one in progress. Creating a perpetual tempest of hype (complete with casting rumors, credit stingers, and the power to elevate geek rhetoric like “Phase 1” into the multiplex vernacular), Marvel used the relationships between their various movies to whip fans into a constant state of frenzy. Others quickly took notice — there’s a reason the Fast and the Furious franchise promptly returned to its original cast for its fourth installment and focused on building a dense “family” mythology out of the twisted metal and white noise, raking in massive box-office returns.

Only two years passed between the releases of Casino Royale (2006) and Quantum of Solace (2008), but that was long enough for Sony to realize that 007 was already at risk of becoming a relic. To rescue the world’s most lucrative spy from the clutches of obsolescence, the studio would have to resort to drastic measures and shake the very foundations of a franchise that was older than most of the people working on it. They would give Bond a past, even if it cost him his future.

The opening sequence of Quantum is just another James Bond car chase, until — with the single press of a button — it transforms into the most radical moment in the iconic spy series’ half-century history. Having once again eluded the bad guys (yawn), Bond pulls his banged up Aston Martin into a bespoke parking garage and pops the trunk. Inside that dark compartment is Mr. White, the quivering henchman to whom Bond paid a most unfriendly visit during the last scene of the previous film. And just like that, fans found themselves staring down the barrel of Bond’s first direct sequel.

This pre-credit reveal represented a huge paradigm shift for the cinema’s most static series — a handful of villains had even managed to make the trip from one Bond movie to another, but never before had 007 personally smuggled them across the border. Skyfall (2012) became an uncommonly powerful installment because of how it leveraged Craig’s two previous outings for their pathos; a major character’s death was all the more impactful because you knew that this Bond couldn’t brush it off. The notion of slowly establishing a connective tissue between entries was a bold choice. By its next film, it would start to feel like the franchise’s biggest betrayal. 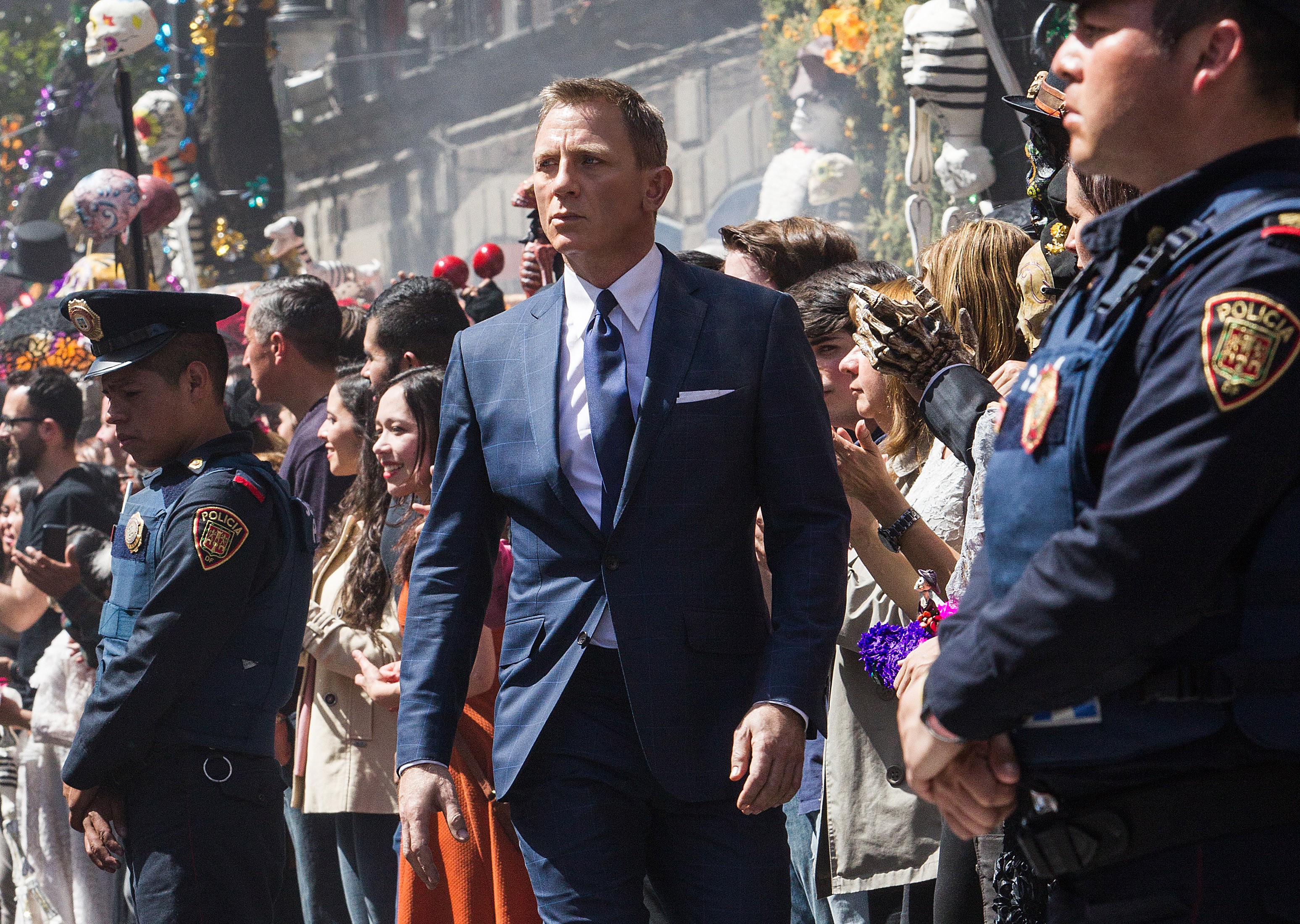 It’s hardly surprising that Spectre — the very title of which is synonymous with serialization in the Bond mythos — bends over backwards to contort the Daniel Craig era into a coherent quadrilogy, as though these four films had always been intended to function like a discrete run of comic books that branches out from its core property. But just because something works for Marvel doesn’t necessarily mean that it works for everyone. It’s one thing to jump on a trend and another to rejigger your storytelling methodology altogether. And by teasing a broader mythology for no other reason than because they had to, the folks responsible for maintaining 007’s legacy have now retroactively tainted the best run of Bond movies since Sean Connery’s heyday.

To wit: After nearly two hours of eluding henchmen from the mountains of Austria to the streets of Tangiers, Bond and the beautiful lady-friend of the moment — Léa Seydoux’s Madeleine Swann — arrive at the villain’s evil lair. (It’s built inside a crater, natch). And as Christoph Waltz’s sadistic villain Franz Oberhauser reveals his true identity, the film seems to realizes that it only has 45 minutes to resolve every unanswered question the franchise has raised since Casino Royale. Without warning, Spectre looks over its shoulder and begins forcing the previous three Craig episodes into conversation — at which point it becomes obvious that they have virtually nothing to say to each other.

From that point on, Spectre lurches to the finish line with the enthusiasm of a child paying off their late father’s debts, the plot losing all of its considerable velocity as it’s sideswiped by four films’ worth of contrived exposition. And as Bond returns to London for a final showdown with “the architect of all his pain,” the tail is wagging the dog so hard that the pooch seems like he might get sick. The trail of breadcrumbs that lead 007 to the darkened husk of MI6’s former headquarters was often compelling, but that doesn’t make it any easier to cook them into a feast. Watching the abandoned facility crumbles into dust, it feels like a perfect metaphor for a series that built a structure for its hero only to blow it up from the inside.

The problem isn’t that the Daniel Craig run was determined to give James Bond a past, the problem is that it only did so to satisfy the demands of the present. Just like putting a pot into a kiln exposes the flaws of its sculpting, ending a story can reveal the weaknesses of its telling (see The Dark Knight Rises — or better yet, don’t). In Skyfall, Raoul Silva told Bond to think on his sins; in Spectre, audiences have to pay for them. Serialized storytelling has a place in the movies, but every franchise can’t afford to play by the same rules, even if studios delude themselves into thinking that they literally can’t afford to play any other way. Besides, when have the rules ever applied to a man who has a license to kill? After five decades of waking up to Groundhog Day, he shouldn’t be afraid of seeing his own shadow.