In 1989, Sam Kinison was riding high. As one of the most foul-mouthed funnymen to terrorize stages during the Golden Age of the Shock Comic, the hard-partying, beret-rocking dynamo was playing Madison Square Garden’s Felt Forum and appearing on Married With Children and in Mötley Crüe’s “Kickstart My Heart” video. (Rolling Stone also put him on the cover, dubbing him the “Beast of Comedy.”) His gigs were part strip show, part heavy-metal concert, all primal-scream therapy. Rodney Dangerfield had championed him; Robin Williams and Howard Stern were fans. Three years later, he was struck by a drunk driver and killed at age 38.

A new box set, The Sam Kinison Comedy Collection, will compile the comic’s stand-up films into a single, nearly definitive compendium, both digitally and on DVD. Included will be his breakout 1987 HBO special Breaking the Rules, his rock-star-ready 1991 film Family Entertainment Hour and the posthumously released Live in Las Vegas. It will also include a documentary, Brother Sam, that aired on the Playboy Channel in 2002, as well as a new doc produced by Comedy Dynamics, the company putting out the set, that will include archival footage found in the Kinison family warehouse. The company, which previously reissued comic Bill Hicks’ complete works, will issue the set on April 29th.

The Devil and Sam Kinison

“It’s crazy that this stuff is not available,” Comedy Dynamics President Brian Volk-Weiss tells Rolling Stone. “Sam Kinison did stuff in 1985 that would work today. He changed comedy then and we’re still living with those rules today.”

“His rage, his energy, his persona, his comedy is all as relevant today as it was then, and I’m not saying that because Sam was my brother,” says Bill Kinison, who managed his sibling’s career and wrote a book, Brother Sam, about the comic’s life. “The unique thing about Sam was that he wasn’t a joke teller; he was actually a storyteller.”

The comic was born the son of a Pentecostal preacher in 1953, and even took to the pulpit himself before turning to comedy in the late Seventies. Fresh off a divorce, he performed routines filled with hyperbolic rage with stories often punctuated by his otherworldly shriek. Nothing was off-limits: religion, the Middle East, sex, Dr. Ruth’s vagina and, much like comics Eddie Murphy and Andrew Dice Clay, homosexuals and AIDS. (“Sam wasn’t anti-gay or anti-women,” Bill says. “he actually had a big gay following.”) He was one of the first recording artists to receive a parental advisory sticker and to have a video (“Under My Thumb”) banned by MTV. 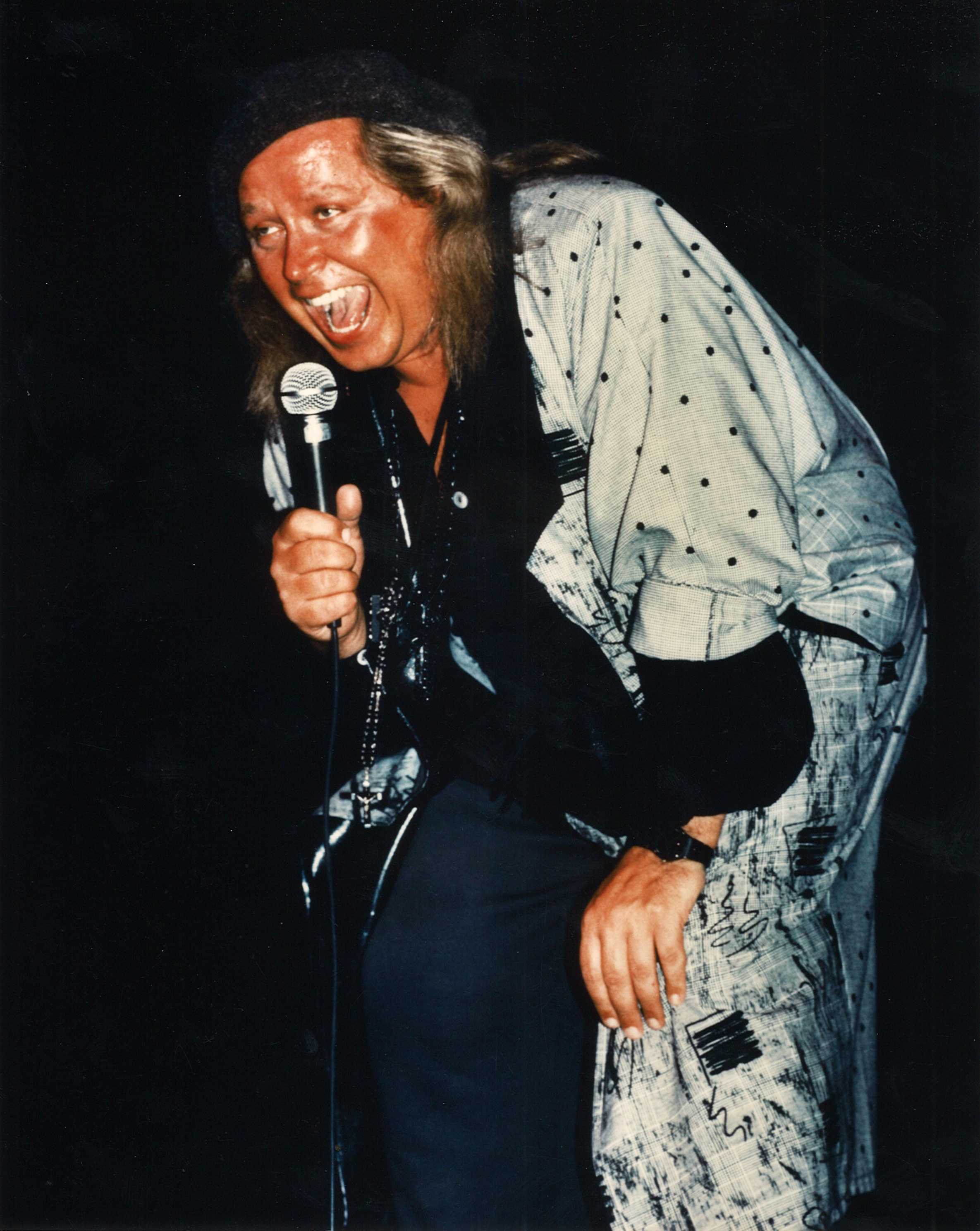 “I don’t like disclaimers,” Volk-Weiss says, scoffing at the notion of stickering the box set. “Comedy is a very raw, basic expression of freedom. I’m very loathe to put a disclaimer on it.”

“You either liked him or you didn’t,” Bill says. “There wasn’t middle ground.”

The controversy only fueled his career. His posthumously released 1995 album Live From Hell won a Grammy, and his 1988 LP Have You Seen Me Lately? was certified gold in 2001. (Bill claims Sam’s debut record, 1986’s Louder Than Hell – whose contents reflect those on Breaking the Rules – could have gone gold but Warner Bros. pressed only 470,000 copies and never printed more “so it couldn’t go gold.”) A movie about Kinison’s life, starring Josh Gad, is still in the works.

“He never wrote a routine in his life and never used writers,” Bill says. “We had maybe three or four bits that he would do more than once, just so I knew when he was getting close to the end of a set, but we did 208 shows a year for six years and there weren’t two the same. I wish I’d recorded them all.”

Volk-Weiss hopes to fill in some of the gaps, noting, “Our goal is to make the definitive Sam Kinison collection.”