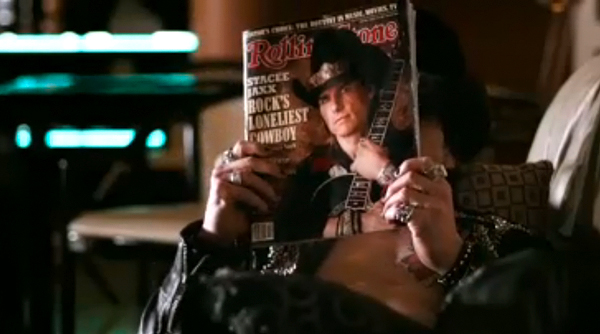 The star-studded movie Rock of Ages (scheduled for a June release) is based on the hugely successful Broadway musical, and chronicles a rock superstar (Tom Cruise) and the religious activist (Catherine Zeta-Jones) determined to bring him down. The just-released trailer features two of the film's biggest selling points: its Eighties rock soundtrack and its massive cast, without giving away too many plot details. A longhaired Alec Baldwin shares screen time with Catherine Zeta-Jones, Mary J. Blige, Russell Brand and a cameo of a Rolling Stone cover that never was: Tom Cruise as rock star.

Watch the Rock of Ages trailer: