“The legend is true,” Tom Hanks writes in the new issue of Rolling Stone. “In 1978, word came from the set of TV’s Happy Days. That week, Fonzie’s ultracool was threatened by a stranger from another world. The guy playing the alien was hilarious.” 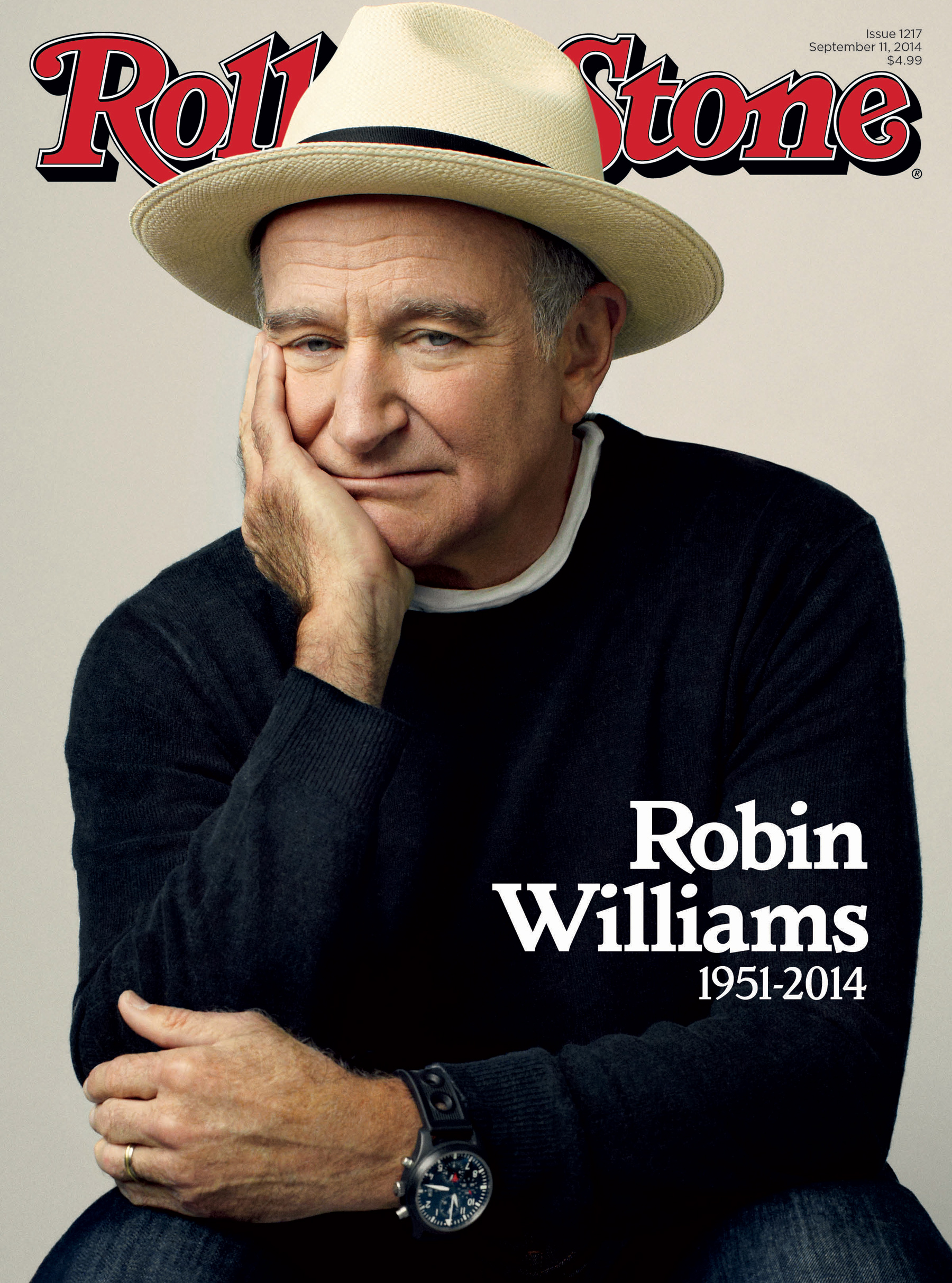 The new issue of Rolling Stone (on stands Friday) is devoted to the triumphant life and painful final days of a comedic genius: Robin Williams, who died after hanging himself in his California home on August 11th at the age of 63. Contributing editor David Browne traces Williams’ comedic roots to his childhood, when he’d try to attract the attention of his mother, Laurie (“The first laugh is always the one that gets you hooked,” Williams once said) and spent hours alone with a massive collection of toy soldiers, making up voices for many of them.

Peter Travers on 9 of His Favorite Robin Williams Performances

Brains Behaving Badly: Why So Many Comedians End Up Self-Destructing

Martin Short recalls Williams’ joy at the success of Mork & Mindy, when the show became an instant sensation, Williams’ salary jumped from $15,000 to $40,000 an episode and his life was transformed. “He couldn’t get enough,” Short says. “He loved it.” In the years before Mork, Williams’ party-animal side was under control, but the series offered him full access to Seventies debauchery. Browne writes about the night in March 1982 that gave the young comic a wake-up call: He’d stopped by John Belushi’s bungalow at the Chateau Marmont hours before Belushi died of an overdose.

The success of Good Morning, Vietnam, which earned Williams his first Oscar nomination, re-energized his post-TV career, and he continued to be a major draw on the road. “You can’t look at any modern comic and say, ‘That’s the descendant of Robin Williams, because it’s not possible to be a Robin Williams rip-off,” Judd Apatow says. “He was doing something so unique that no one could even attempt their version of it. He raised the bar for what it’s possible to do, and made an enormous amount of us want to be comedians. He looked like he was having so much fun.”

But Williams’ on-character fun was always tempered by his demons. “He was so addicted to entertaining people and making them laugh,” says Mark Romanek, director of the serious One Hour Photo, “that he needed to be funny between takes to get that out of his system, so when he went into character, he could be completely free of that urge.”

In 2011, Williams seemed on the verge of a new beginning, and turned to television for the first time since Mork & Mindy for a David E. Kelley show, The Crazy Ones. But when the show was canceled, Williams took it hard. He returned to rehab to “fine-tune” his sobriety. And he learned he’d been diagnosed with Parkinson’s disease. Friends say in the last few months, the actor was sad and unhappy. “We were all worried about him,” friend Peter Asher says.

Read the full story in our new issue, on stands and in the iTunes App Store this Friday, August 29th. Our previous Robin Williams cover stories are online in full here: