I remember once reading about a conversation Orson Welles had with Peter
Bogdanovich about the fact that screen legend Greta Garbo only made two
really good pictures out of 40.
Orson’s response was, “Well, you only need one.”

Well, Tobe Hooper definitely had “the one.” Sure, he made several pictures
horror fans remember fondly such as Poltergeist, The Funhouse and Salem’s
Lot. But “the one” he will be forever remembered for is The Texas
Chain Saw Massacre.
Game changers arrive on the scene without warning – and in the early Seventies, this movie exploded on screen.

Even though I would not actually see the entire
film for several more years, I still remember that moment in 1974 when
Massacre entered my world. I was nine years old and having a friend from
school sleep over my house. We were watching television when suddenly it
happened: a commercial for the movie that would change my life came
onscreen. I couldn’t believe what I was seeing – and unfortunately, neither
could my friend. He immediately started to cry. He was so freaked out by
the images he’d just seen that his Mother had to rush over to retrieve her
shellshocked child.

Jump ahead seven years: I am still obsessed with seeing this movie. I’ve
studied what few still photos I can find in my film books, but that only
makes it worse. You have to remember back then that seeing these so-called “cult
films” was still a challenge. Then finally, on a routine trip to New York City to
check out possible colleges, it happened! I gazed up and saw the marquee of
the legendary 8th St. Playhouse.
Tonight’s double feature! The Texas Chain Saw Massacre and Jimi Plays
Berkeley. Go figure.

So needless to say I ditched whatever school nonsense I was suppose to be
doing and headed inside the theater pronto. First, of course, suffering through
what at the time seemed like a two-hour guitar solo movie.
Then it was time. The opening scroll began. John Larroquette’s voice
boomed over the sound system telling of what was to come.

“The film you are about to see is an account of the tragedy that befell a
group of five youths, in particular Sally Hardesty and her invalid brother,
Franklin. It is all the more tragic in that they were young. But, had they lived
very, very long lives, they could not have expected nor would they have
wished to see as much of the mad and macabre as they were to see that
day. For them an idyllic summer afternoon drive became a nightmare. The
events of that day were to lead to the discovery of one of the most bizarre
crimes in the annals of American history, The Texas Chain Saw Massacre.”

The madness unfolding before me on that screen took it to the mountain and
back. I was so deep in that world I thought Leatherface was gonna come
bursting into the theater. George A. Romero’s Night of the Living Dead may have started the new wave of real life horror and Wes Craven’s Last House on the Left definitely pushed it further. But Chain Saw dragged it
places no had ever dreamed of before.

It was a genuine American nightmare caught on film for all the world to see.

The look was hot, dirty and nasty, yet completely stunning. The sets,
wardrobe and props were 100-percent perfect. It did not look like a
cheap $300,000 exploitation film. It was pure art.
And the performances? They were so real and bizarre – especially Edwin Neal
as the beyond crazy hitchhiking brother. I couldn’t imagine this guy was
even an actor; I just figured he was just some local maniac that could act. If
there was any justice in the universe, Neal would have received the Best Actor Oscar that
year, and not Jack Lemmon for Save The Tiger. 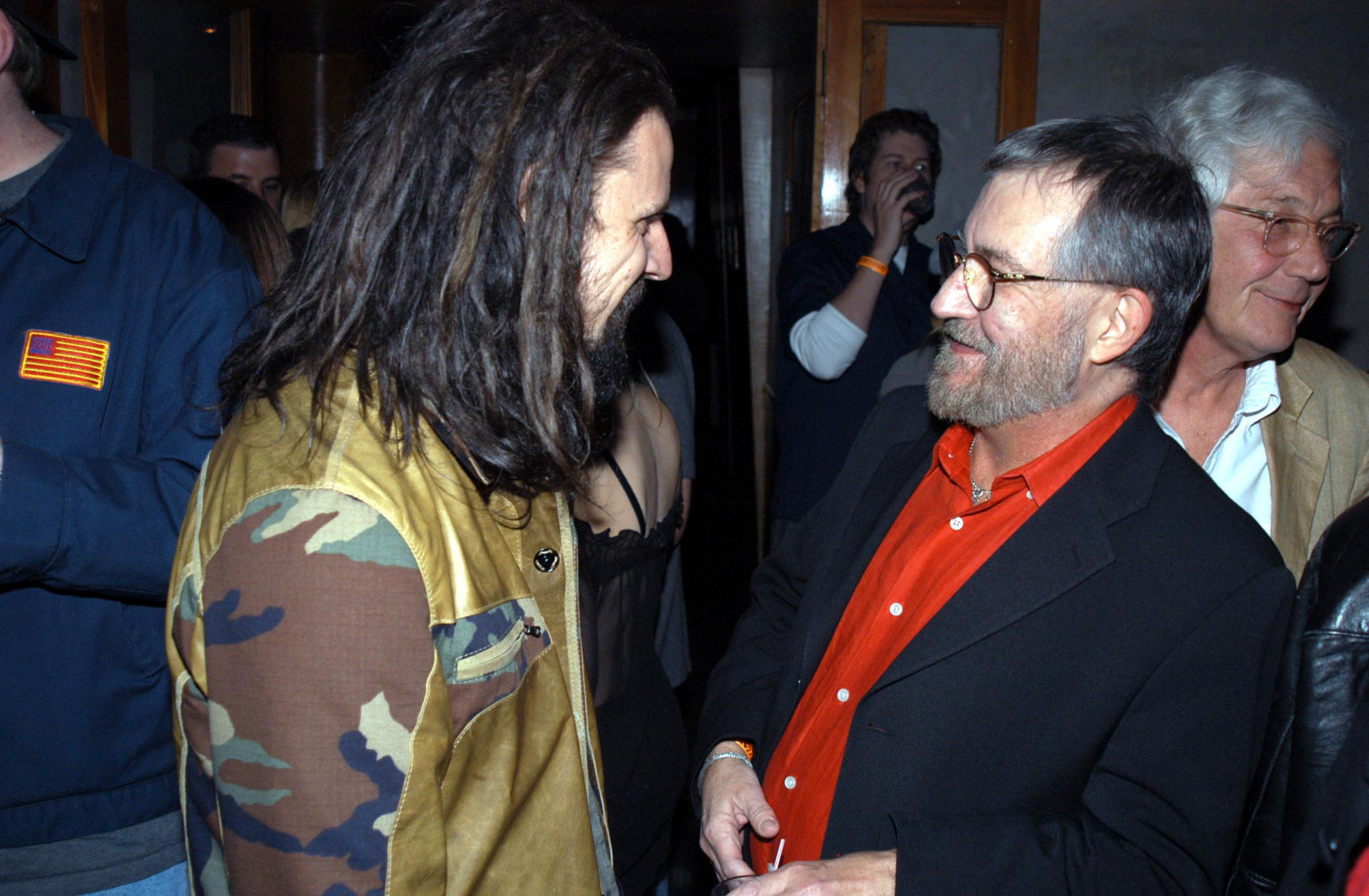 In the years since, a lot has been written about how miserable it was to shoot the film and the bad feelings that followed between the parties involved. But who really cares? A soon as Leatherface appears in that open doorway in front of that blood red wall decorated with animal skulls … it was all over. And by the time he slams that metal door shut 17 seconds later, we knew Tobe Hooper had made something that would change the course of film history forever. Before this film, who the hell was even thinking about chainsaws as anything but a power tool for Lumberjacks? Now you can only think of one thing when you hear the word “chainsaw.” Pure terror. It altered the culture.

To call The Texas Chain Saw Massacre a “slasher film” or “just” a horror movie is an insult at best. It is a film that stands side by side with some of the best films of it’s time – one every bit as powerful as Taxi Driver, Jaws, A Clockwork Orange and The Godfather. It is a true classic. Some people say that you’re only as good as your last project. That’s complete nonsense: Art has no timeline or expiration date. And for that reason, Tobe Hooper now resides along side the greats of cinema history.

Orson Welles was right. You only need one.