Back in 1982, Randy Newman picked up his first two Oscar nominations, for an original song and score for the movie Ragtime. Twenty years – and over a dozen more noms – later, Newman eventually brought home an Academy Award, for the Monsters, Inc. tune “If I Didn’t Have You.” The statuette, you could argue, was way, way overdue. (How did he not win for The Natural score? Or for “You’ve Got a Friend in Me,” for Zurg’s sake?)

That’s just one example among many: Remember when living-legend Ennio Morricone won his first competitive Oscar two years ago for The Hateful Eight? Or Leonardo DiCaprio got his gold for The Revenant that same year? Or Errol Morris took home a way-belated Best Documentary Feature award for The Fog of War in 2004? Or how about Martin frickin’ Scorsese finally getting his Best Director prize in 2007, for The Departed? Sure, the waiting is the hardest part, in the words of the late, great Tom Petty (who didn’t win his first Grammy until 1990, by the way). But ending a long awards drought is an especially satisfying moment for both the winner and for fans.

So who are we going to feel all warm about this year? There are a number of good candidates – including two who’ve been nominated a ridiculous number of times. But here are the 10 most overdue nominees in the Oscar Class of 2018. May some of them finally leave the Dolby Theatre on March 4th with something for the mantle back home.

Composer Carter Burwell on 'Carol' and the Coen Brothers

Roger Deakins, Best Cinematography, Blade Runner 2049
(13 prior nominations)
The current “Overdue for an Oscar” poster-child, Deakins grabbed his first nomination way back in 1994 for The Shawshank Redemption. Since then, he’s been in the mix for five different Coen brothers films (including Fargo and No Country for Old Men) and three by director Denis Villeneuve (including the strikingly shadowy Prisoners). The latter’s Blade Runner sequel feels like another long-shot, although it features some of Deakins’ best work, taking the “sci-fi noir” look that cinematographer Jordan Cronenweth brought to the original picture and investing it with a softly colorful glow.
Really deserved to win for: Skyfall
As magnificent as Deakins’ collaborations with the Coens have been, his take on James Bond made an ancient franchise look fresh and beautiful again. Nobody’s done it better.

Diane Warren, Best Original Song, Marshall (8 prior nominations)
Yes, that Diane Warren. The prolific, chart-topping songwriter-to-the-stars picked up her first nom in 1988 for Starship’s cheesy soft-rock radio staple, “Nothing’s Gonna Stop Us Now.” (Did you remember that song was originally from the movie Mannequin? Did you care?) Since then, she’s become damn-near perennial, right up to her collaboration with Common on this year’s “Stand Up for Something.” Someday she’s bound to win one of these, right? Like, by accident?
Really deserved to win for: “I Don’t Want to Miss a Thing”
Aerosmith’s unstoppable Armageddon power ballad was a number one hit, and unlike “Nothing’s Gonna Stop Us Now” is actually still associated with the movie. It’s Warren’s magnum opus.

Paul Thomas Anderson, Best Director and Best Picture, Phantom Thread (6 prior nominations)
Not-so-fun fact: Anderson’s landing his seventh and eighth Oscar nominations this year, but only his second for Best Director. Boogie Nights? Magnolia? Inherent Vice? He was nominated for all three, but only for Best Original or Best Adapted Screenplay. He stands almost no chance at winning this year either, with the roundly admired The Shape of Water‘s Gullermo del Toro as the front-runner. But make no mistake: Someday PTA will win, and this inevitable Phantom Thread snub will help stoke our sense that justice has finally been done.
Really deserved to win for: There Will Be Blood
Granted, 2008 his was the year that Anderson was edged in all three of his categories by the Coen brothers’ No Country for Old Men. Still, modern American movies don’t get much better than his epic tale of a tragically misanthropic oil magnate. 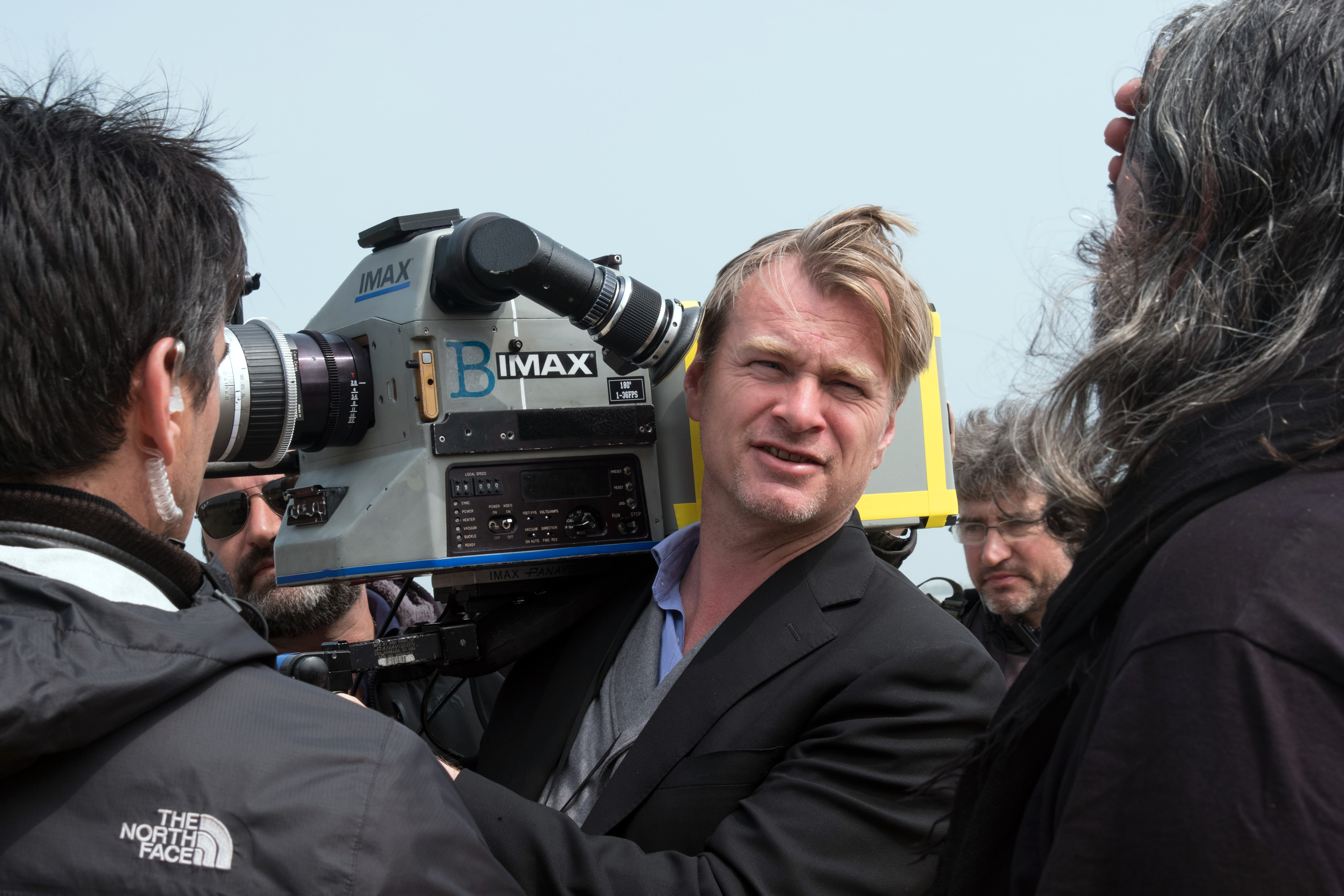 Christopher Nolan, Best Director and Best Picture, Dunkirk (3 prior nominations)
Even stranger than Paul Thomas Anderson never winning Best Director is that Nolan’s never even been nominated in that category before this year. He’s been responsible for some of the best-loved blockbusters of the past decade, yet as was the case with Steven Spielberg in the 1970s and 1980s, the Academy seems to think that ecstatic reviews and record-breaking box-office are all any popular director needs. Like PTA, it’s unlikely he’s going to outpace del Toro this year, but the technically masterful Dunkirk itself could be a surprise Best Picture winner.
Really deserved to win for: Inception
Who but Nolan could make over $800 million worldwide with a trippy, intricately structured, philosophically provocative science-fiction heist thriller? And why didn’t the Academy recognize what an astonishing achievement it was?

James Ivory, Best Adapted Screenplay, Call Me By Your Name (3 prior nominations)
It feels like prestige drama’s dream team of producer Ismail Merchant, director James Ivory, and writer Ruth Prawer Jhabvala ruled the Oscars in the 1980s and 1990s. But while their literary costume dramas scored a lot of craft and acting awards – and Jhabvala took home statuettes for her A Room with a View and Howards End screenplays – Merchant and Ivory themselves walked away empty-handed from ceremony after ceremony. The director finds himself in alien territory this year, nominated solely for writing, but his adaptation of André Aciman’s sensual coming-of-age novel upholds his tradition of rich emotion in elegant settings. It stands a good chance to earn the octogenarian some bling.
Really deserved to win for: The Remains of the Day
In the years since Merchant-Ivory-Jhabvala adapted Kazuo Ishiguro’s quietly tragic novel about a reserved British butler, the movie’s keen depiction of classism wreaking havoc across the 20th century has seemed more and more pertinent.

Woody Harrelson, Best Supporting Actor, Three Billboards Outside Ebbing, Missouri (2 prior nominations)
Back in the Eighties, who would’ve guessed that Harrelson would go from Cheers’ resident airheaded hunk to having a thriving, award-worthy movie career? His strong, varied output is evident even in his Oscar-nominated performances: as a smut-loving entrepreneur in The People vs. Larry Flynt: as an exhausted military lifer in The Messenger; and now as a soulful dying sheriff in Three Billboards. Chances are he’ll lose this year to castmate Rockwell, but Harrelson’s time will one day come.
Really deserved to win for: White Men Can’t Jump
Ron Shelton’s basketball comedy is one of the wisest, wittiest movies ever made about sports and race; and Harrelson’s outstanding as a hotshot hustler undone by his own pride. Naturally, neither he nor the movie were nominated for Oscars. 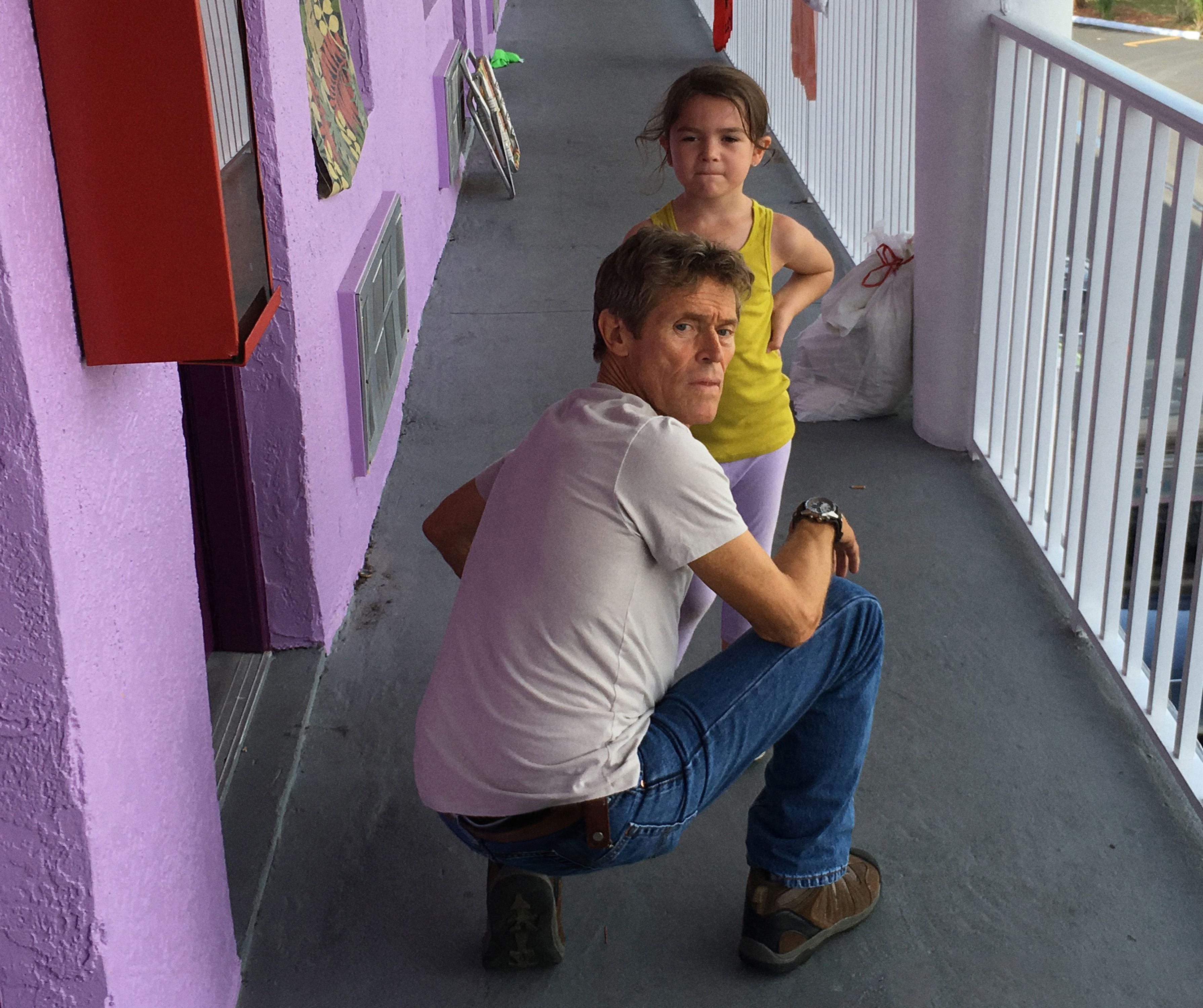 Willem Dafoe, Best Supporting Actor, The Florida Project (2 prior nominations)
One of the most singular character actors of the past 30 years, Dafoe may finally win in 2018 – he’s the lone nominee from a film many feel was robbed of a Best Picture nomination. Three Billboards Sam Rockwell is the frontrunner – but if there’s any justice, Dafoe should pick up an Oscar for one of his greatest roles, playing the benevolent manager of a low-rent Orlando motel. (Of course, he also should’ve won the first time he was nominated back in 1987, for playing the noble troop-leader in Platoon; or the second time, in 2001, for playing spooky Nosferatu star Max Schreck in Shadow of the Vampire.)
Really deserved to win for: Antichrist
Lars von Trier’s intense marital horror flick is way too out-there for Academy recognition. Still, Dafoe deserved at least a nomination for his perfectly pitched performance as a well-meaning therapist trying to placate his grieving wife with psychobabble. A lot of critics missed that Antichrist is, at heart, a vicious satire – but Dafoe’s always had an uncanny ability to get on his directors’ wavelengths.

Steve James, Best Documentary Feature, Abacus: Small Enough to Jail (1 prior nomination)
Dedicated doc and Oscar buffs know that the widely acclaimed, financially successful Hoop Dreams failed to land in the final five for Best Documentary in 1995; the resulting uproar led to a change in nominating procedures so as to prevent a small, insular committee from ever embarrassing the Academy again. The Editing Branch, meanwhile, seemed to anticipate the outrage, and made sure that Hoop Dreams wouldn’t go unrecognized; which means that James’ lone nomination before this year was for, of all things, Best Editing. His portrait of a small bank paying for Wall Street’s sins may be too slight to beat out the much more substantive Strong Island, Icarus and Last Men in Aleppo, but hey … at least it’s in the right category.
Really deserved to win for: Hoop Dreams
Even the Academy knew this at the time.

Carter Burwell, Best Original Score, Three Billboards Outside Ebbing, Missouri (1 prior)
What is it with Coen brothers collaborators getting overlooked by Oscar voters? In addition to composing the stirring, lyrical music for the likes of Miller’s Crossing and True Grit, Burwell has added an emotional dimension to the likes of Todd Haynes’ Carol (the source of his only previous nomination), Charlie Kaufman’s Anomalisa and three out of the five Twilight movies. He’s facing stiff competition in his category this year but he’s been so undervalued by the Academy for so long that he’s earned a make-good.
Really deserved to win for: Fargo
He didn’t even get a nomination for a movie whose score is so memorable that the FX TV adaptation evokes the feeling of the film instantly just by playing a few of its notes.

Jonny Greenwood, Best Original Score, Phantom Thread (No prior nominations)
Speaking of overlooked composers: Yes, he’s only been scoring films for a minute and some change. But Radiohead’s guitarist has been left out of the Oscar mix repeatedly, and for arcane reasons to boot: His There Will Be Blood score was deemed ineligible because a few thematic elements directly quote other musicians and preexisting songs. Yet just about anyone with ears acknowledges that Greenwood’s experiments with drone and rhythm have been hugely influential on how films sound today. If the Phantom Thread soundtrack doesn’t win this year, it may lose to Hans Zimmer’s magnificent Dunkirk music, which similarly uses minimalist percussion and washes of sound to mesmerize.
Really deserved to win for: There Will Be Blood
To hell with the nit-picky Academy rules! Even Zimmer has said that Greenwood’s work on P.T. Anderson’s deliciously sour American epic is one of the 21st century’s most innovative and beautiful pieces of movie music.