After months of festival screenings, schmoozing luncheons, and lesser award shows, this year’s Oscar season finally got real and cut the dead weight this morning when the Academy Awards announced the final roster of nominees. As is always the case, there were a number of pleasant surprises (congrats on that Best Visual Effects nod, Ex Machina!).

And, naturally, there were a much larger number of devastating omissions, as dreams were dashed and the toilets into which studios sunk their campaign dollars were finally flushed. Some of the snubs were probably deserved, but several others will be remembered as egregious oversights. Here are the 12 most glaring of them all.

1. Best Picture, Carol
Adapted from a landmark Patricia Highsmith novel and steered through awards season by merciless gamesman Harvey Weinstein (the George Patton of Oscars), this heart-stopping period romance about the love that blossoms between two women in 1950s New York has seemed like a sure thing ever since it debuted to rave reviews at Cannes last May. While the movie’s legacy will doubtlessly survive this year’s most egregious snub, it seems as though the film’s patience and precision didn’t align with Academy tastes — a familiar tune for director Todd Haynes, who was also denied a nomination. The Oscars aren’t just about how deep a film hits, but also how wide, and it was there that Carol ran into trouble. 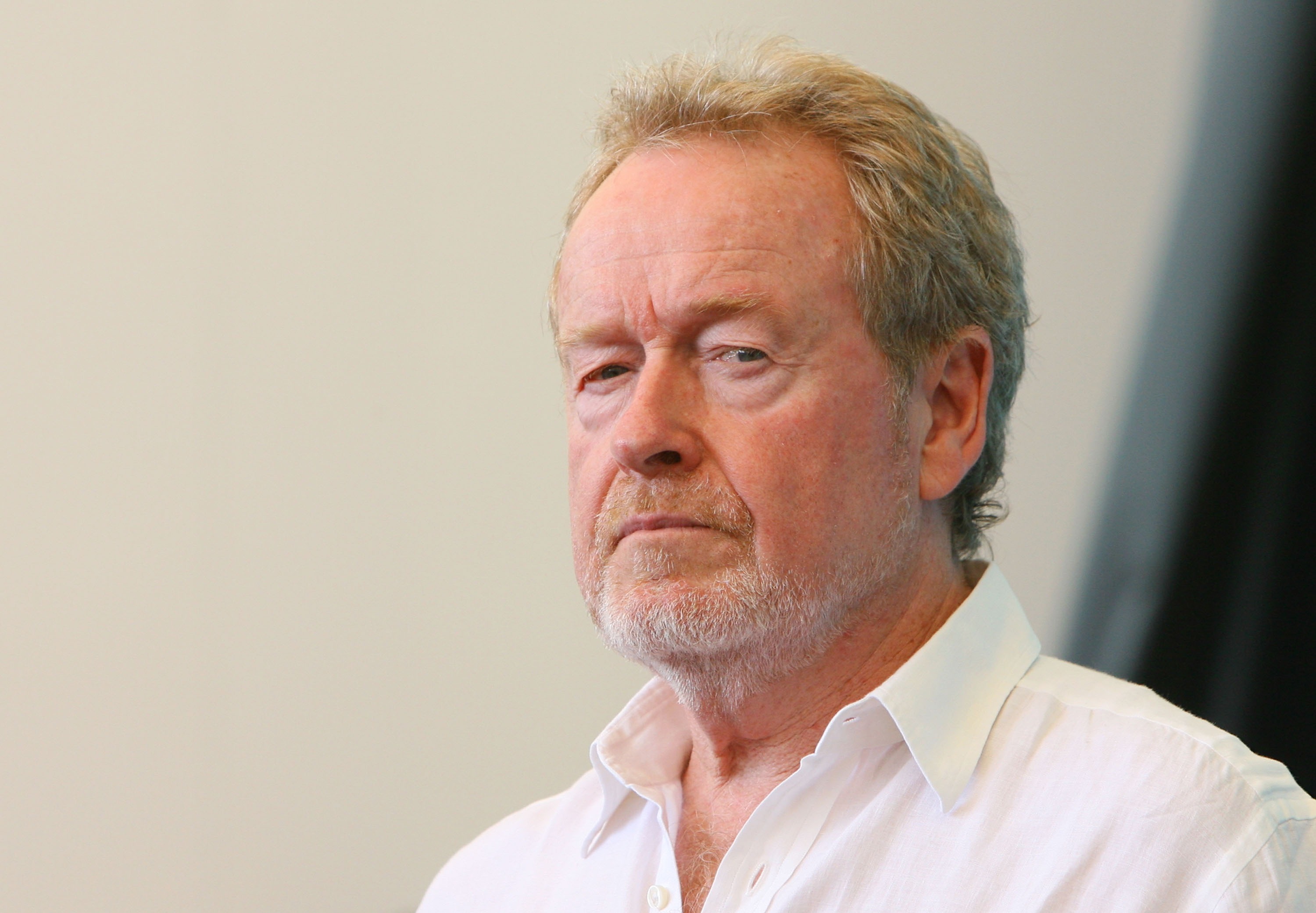 2. Ridley Scott, Best Director (The Martian)
Nobody assumed The Martian would be such a major player in this year’s awards race, especially since Ridley Scott’s two most recent movies (The Counselor and Exodus) weren’t exactly connecting with audiences or Oscar voters. But it turns out that people really want to watch Matt Damon listen to ABBA while he self-fertilizes space potatoes, and the film became enough of a hit to put it in contentions. Of all the nominations it seemed likely to receive, Best Director was the one that most people took for granted — not only is Ridley Scott a legend, but the Academy has begun seriously rewarding filmmakers for boundary-pushing technical achievements (i.e. Alfonso Cuarón for Gravity and Ang Lee for Life of Pi). While The Martian picked up five nods, it was slighted in the only category it was actually expected to win.

3. Michael Keaton, Best Supporting Actor (Spotlight)
Everybody loves Michael Keaton. That’s just a fact of life. And now that he’s back in the spotlight (ugh) thanks to last year’s Best Actor nomination for Birdman, it seemed inconceivable that the Academy would ignore his engaging and quietly embattled turn as Boston Globe editor Walter “Robby” Robinson. It’s one of Keaton’s very best performances, and the soul of the movie that is still most likely to snag Best Picture. So what gives? Unfortunately for Keaton, subtlety wasn’t the name of the game this year, and since the vote was split between so many of his co-stars (all of whom were competing in the Supporting categories), the nod went to Mark Ruffalo for his comparatively flashy turn as Robinson’s most dogged employee.

4. Paul Dano, Best Supporting Actor (Love & Mercy)
Nobody loves a good biopic performance more than the Oscars, but sometimes it seems as though few voting groups are worse at identifying the ones worth celebrating. Paul Dano’s turn as a young Brian Wilson could have been just another case of an actor imitating an icon (and if he were only in this for the awards, it probably would have been), but his work quickly transcends mere emulation. Refusing to get lost in the window dressing of it all, Dano goes straight for what he sees under the skin of surf rock’s greatest star, and his perceptiveness results in an indelibly sensitive portrait of a man burdened by the same genius that allowed him to express his worth. 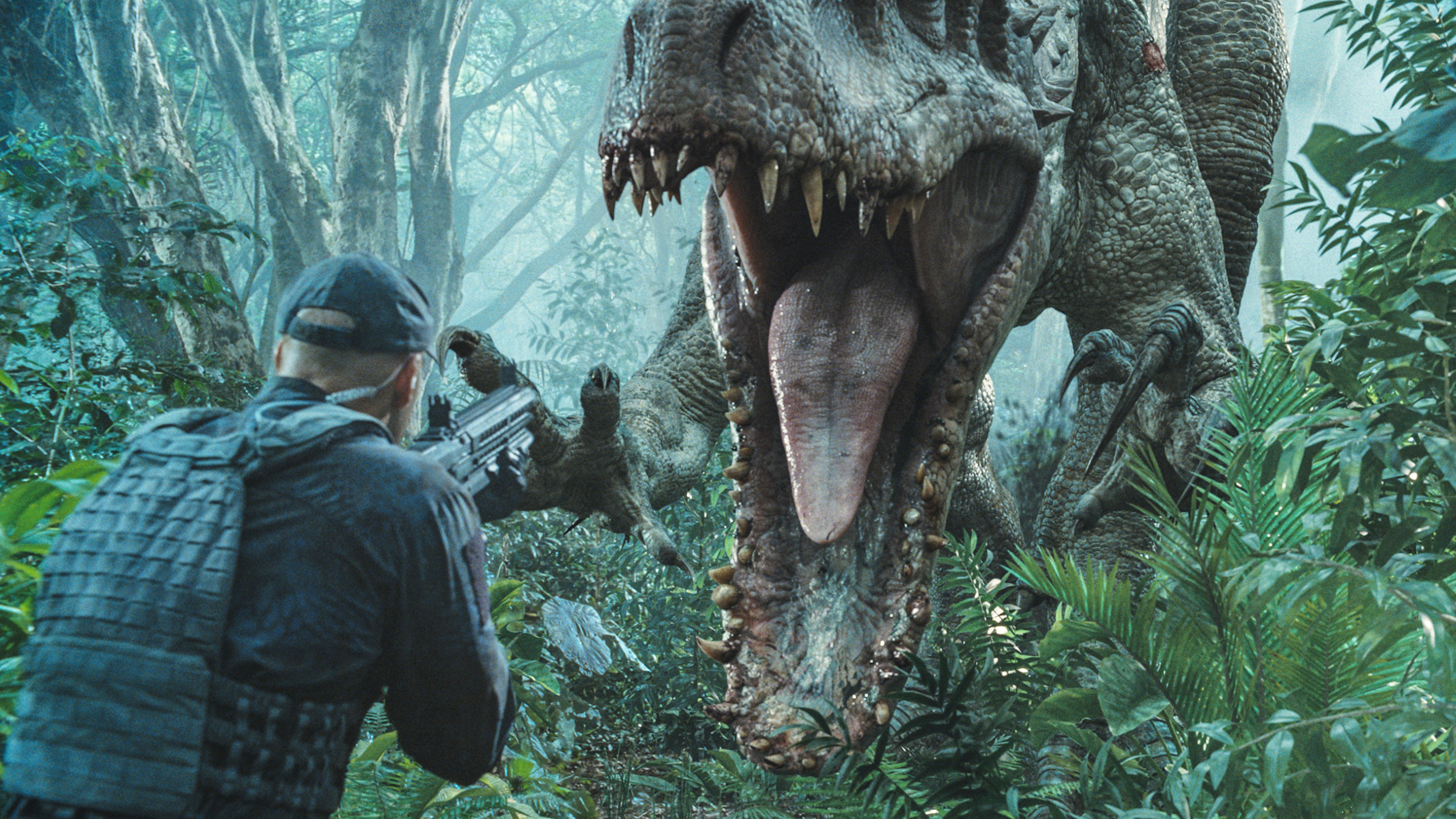 5. Jurassic World, Best Visual Effects
They invented a new dinosaur, and it was HUGE (and roughly 112% of the world’s movie-going population forked over some cash to get a good look for themselves). Of course, Indominus rex may have been better equipped to compete with The Force Awakens had she not spent most of the movie literally making herself invisible. Also, in fairness to the Oscar pundits who guaranteed this nomination, nobody could’ve anticipated that a false accusation of rape would have catapulted The Revenant’s computer-generated bear into the kind of superstardom that has proven so elusive for the good folks at InGen.

6. Idris Elba, Best Supporting Actor (Beasts of No Nation)
Elba may not play the lead role in Beasts of No Nation, but his West African Commandant casts a shadow long enough to cover every scene of Cary Joji Fukunaga’s brutal story of child soldiers. Charismatic but ruthless, Elba’s heavily accented performance was seen as the film’s ticket to the Oscar dance, but the movie — the first to simultaneously debut on Netflix and in theaters — was ignored altogether, perhaps in large part because of its novel release strategy.

7. Aaron Sorkin, Best Adapted Screenplay (Steve Jobs)
As one of the only screenwriters that even casual movie fans know by name, Aaron Sorkin is always something of a frontrunner for awards recognition, if only because his writing is so instantly recognizable. Using a high-concept structure to capture one of the Great Men of the 21st Century, Sorkin’s script was Steve Jobs’ biggest star, but something about the movie failed to connect with people, and the man most responsible for its voice was inevitably going to go down with the ship. 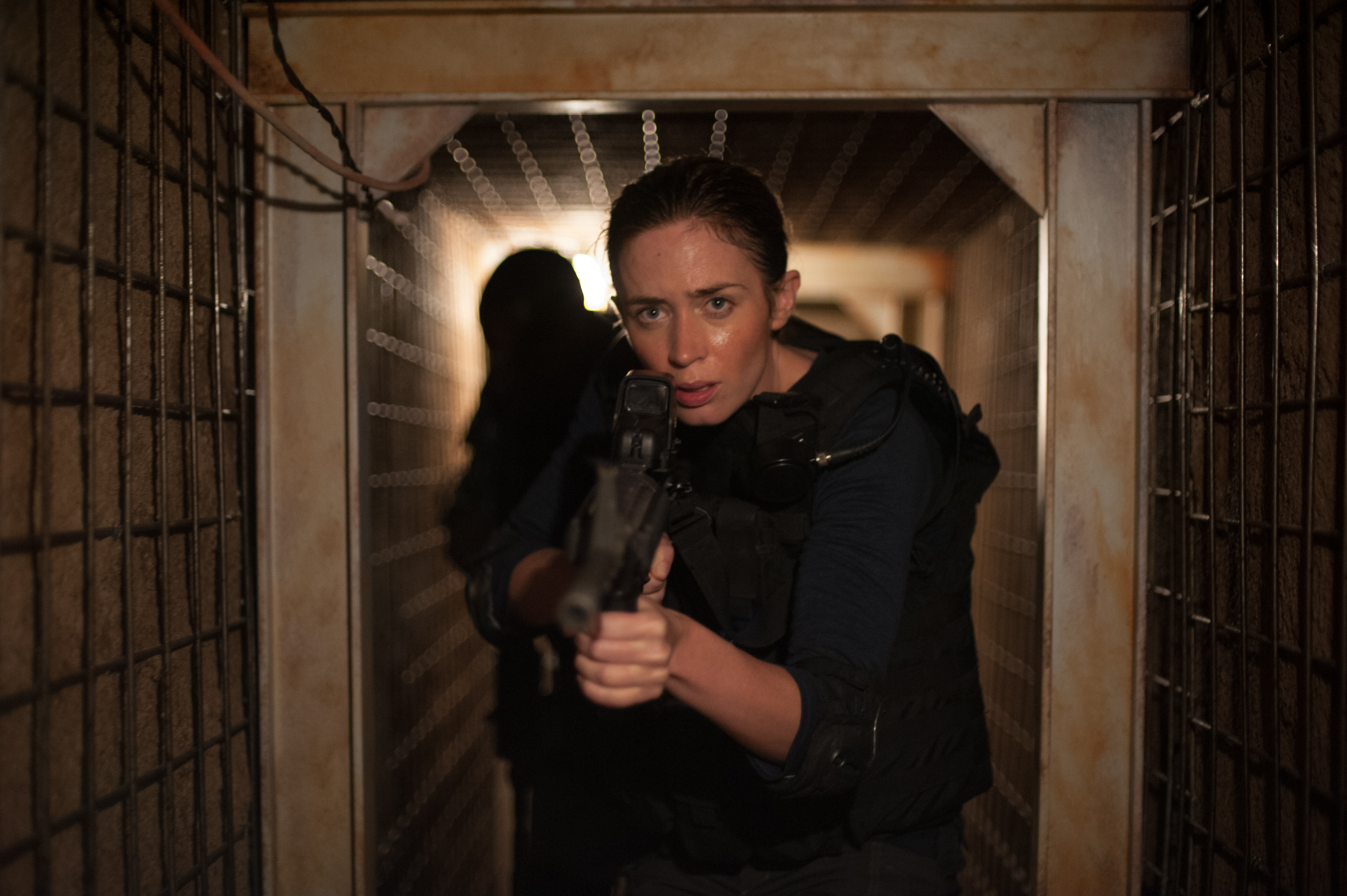 8. Sicario, Best Picture
Denis Villeneuve’s muscular thriller about the growing madness on either side of the Mexican-American border was an unexpected hit, grabbing audiences by the throat from the very first scene and dragging them straight into hell. Boasting strong performances from Josh Brolin, Emily Blunt, and a crazy dangerous Benicio del Toro, and afforded rare pedigree thanks to the saturated genius of legendary cinematographer Roger Deakins, Sicario seemed like the kind of movie that could will itself into the fray. It’s hard to say why it fell short, but its (inevitable) inability to make sense of the Drug War may have left some voters feeling as though the ride was more brutal than it was worth.

9. Johnny Depp, Best Actor (Black Mass)
The snub that exists to remind people that they should probably see a movie before deciding what Academy Awards it’s going to win, Depp’s performance as infamous mobster Whitey Bulger was tipped for Oscar glory from the moment we got a glimpse of his makeup and a whiff of his accent. When Black Mass hit theaters in September, its bow serving as the de facto kickoff of the Oscar season, audiences learned the hard way that a fall release date isn’t always enough to overcome a limp script, and the buzz was silenced so fast you’d think it had accused Bulger of being a snitch.

10. Listen to Me Marlon, Best Documentary
A remarkable documentary that all but reanimates one of Hollywood’s brightest stars, Stevan Riley’s resonant portrait of Marlon Brando combined footage from the actor’s films with snippets from his previously unheard personal recordings; the result creates a beautiful impression of a flawed man with many faces. Perhaps the fact that the film was mostly seen on cable after premiering at Sundance and a too-brief theatrical run hurt its chances, or maybe they figured that the eight Oscar nominations Brando earned for himself were enough to convey the message. 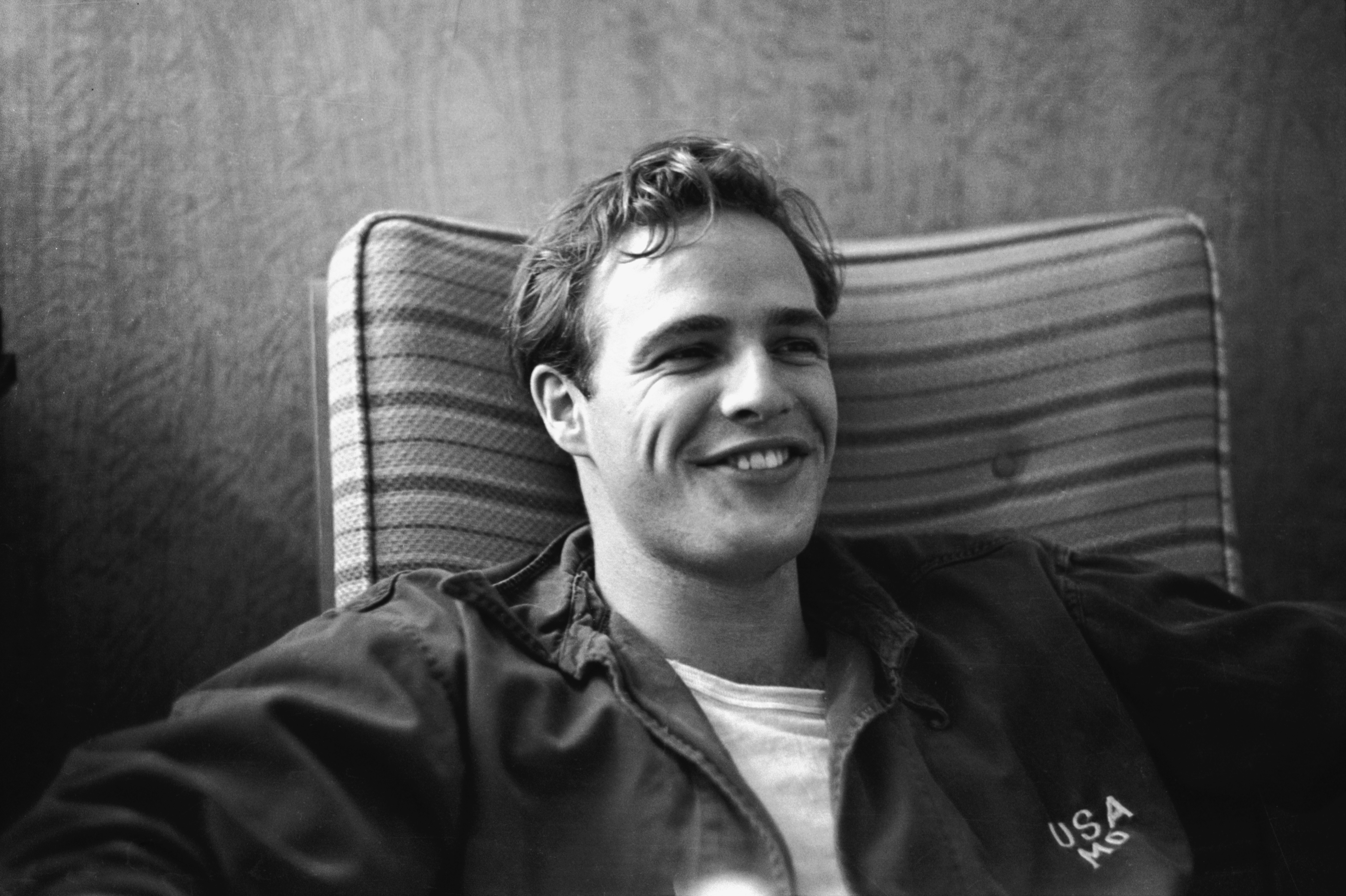 11. Quentin Tarantino, Best Original Screenplay (The Hateful Eight)
Despite Tarantino’s solid track record with the Academy, The Hateful Eight was far too polarizing and cynical for a year in which The Martian scored a Best Picture nod on the strength of its inclusive “look to the stars” poptimism. Still, Tarantino’s racially charged chamber piece about the flaws of frontier justice was so richly written that you could almost hear the pages turning while you watched. Maybe there were too many “n-words,” or maybe voters just felt as though QT had better explored this territory with Django.

12. Michael B. Jordan, Best Actor (Creed)
Remember when Michael B. Jordan was in Fantastic Four? Of course you don’t, because the lead performance he delivered in Creed a few months later was such an off-the-charts knockout that nothing else mattered anymore. His feisty but wounded turn as the son of Rocky Balboa’s greatest rival was so raw and complex that it became impossible to think of the movie around him as a cynical attempt to bilk an old property for new money. And then there was that jaw-dropping one-take fight sequence, which made it clear just how responsible he was for reigniting the tender soul of a series that had long since drifted into self-parody. Of course, if Jordan really wanted a nomination, maybe he shouldn’t have been born black — that’s just poor Oscar strategizing.