Dear Academy Voters: I know you’ll be voting this week of which performances to nominate for an Oscar, and the lucky contenders will be announced to the public on January 15th. But I beg you, people — please don’t always play favorites. You get to nominate five actors in each category: Actor, Actress, Supporting Actor and Supporting Actress. There are at least four favorites in each category, but when you’re thinking outside the box, consider those performances that don’t deserve to slip through the cracks. Lift them up where they belong. You can do it. I know you can.

BEST ACTOR
The odds-on favorites are Michael Keaton (Birdman), Eddie Redmayne (The Theory of Everything), Benedict Cumberbatch (The Imitation Game), Steve Carell (Foxcatcher) and Jake Gyllenhaal (Nightcrawler). That’s five musts already. But if there was ever a year to shoehorn more nominees into the box, this is it. Just consider these knockouts:

David Oyelowo (Selma)
As Dr. Martin Luther King, Jr., Oyelowo plays a man caught in a vise between his moral convictions and his own human frailty. He’s the heart and soul of a film about race in 1965 that rings pertinently for the here and now.

Tom Hardy (Locke)
Playing a bloke alone in a BMW on his way to London and talking on the phone to try to stop his life from falling apart, Hardy delivers a tour de force that too few viewers saw. See it now, voters. This is acting at its best.

Chadwick Boseman (Get on Up)
Boseman tears into the role of James Brown like a man possessed. He’s got the moves, the pompadour, the funk and the swagger to bring the Godfather of Soul roaring to like. Few audiences bothered to catch the movie. A nomination would get them interested.

Timothy Spall (Mr. Turner)
Mike Leigh’s superb film about J.M.W. Turner (1775-1851), a grunting bullfrog who was arguably Britain’s finest artist, gives Spall the role of his career and he runs with it. How does artistry like this not get recognized?

Bradley Cooper (American Sniper)
Cooper put on 40 pounds to play Navy SEAL Chris Kyle, the most lethal sniper in U.S. military history, but the real weight of his performance comes in how movingly he shows Kyle’s internal battle, his conscience at war with his killer instinct.

Ralph Fiennes (The Grand Budapest Hotel)
Wes Anderson‘s jewel-box of a movie has won lots of award attention, but why so little for Fiennes, whose portrayal of Monsieur Gustave, the hotel concierge who believes that etiquette helps define civilization, is nothing short of magnificent?

Philip Seymour Hoffman (A Most Wanted Man)
I stand guilty of busting the bounds of the category without even mentioning Miles Teller (Whiplash), Oscar Isaac (A Most Violent Year), Bill Hader (The Skeleton Twins), and Ellar Coltrane (Boyhood). But I can’t say goodbye to the year’s best leading actors without saluting the late Philip Seymour Hoffman. As Günther Bachmann, a German intelligence operative who tracks the Muslim community in Hamburg post 9-11, Hoffman offers a master class in acting.

BEST ACTRESS
The favorites are all deserving, including Julianne Moore (Still Alice), Rosamund Pike (Gone Girl), Reese Witherspoon (Wild), and Felicity Jones (The Theory of Everything). But take a look at the talent competing for that fifth spot:

Jennifer Aniston (Cake)
As a scarred, drug-addled victim of a car accident, Aniston goes beyond anything we’ve ever seen her do before. The performance is a career changer for the former “Friends” star who may just now be coming into her own as an actress.

Marion Cotillard (Two Days, One Night)
Cotillard keeps winning awards from groups such as the New York Film Critics Circle, yet the Golden Globes and the Screen Actors Guild have bypassed her unforgettable performance as a downsized employee fighting to get her job back in this exceptional film from the Dardenne brothers. Wake up, Oscar!

Scarlett Johansson (Under the Skin)
Playing an alien cruising Scotland for male human specimens in Jonathan Glazer‘s visionary film, Johansson gives a performance that devastates everyone who sees it. The problem is that too few have seen it. Or is Scar Jo just too beautiful to be taken seriously? Grow up, Academy.

Gugu Mbatha-Raw (Beyond the Lights)
As a Rihanna-like rock star being exploited for her beauty and carnality by the industry and her driven stage mother (Minnie Driver), Mbatha-Raw lifts what could have been a TVish soap opera into a stunning portrayal that leaves a lasting mark.

Jenny Slate (Obvious Child)
A standup comic uses the traumas of her own life, including her old lovers and older underwear, as material to build an act. Slate, formerly of SNL, carves this electrifying performance out of what she knows, and the result is something unique and unforgettable.

Mark Ruffalo (Foxcatcher)
Here’s an actor who’s so good that we take his excellence for granted. Stop doing that. As one half of a team of Olympic wresting brothers (Channing Tatum is the other), Ruffalo gives this tale of ambition and murder its grieving heart.

Josh Brolin (Inherent Vice)
One of our finest and most versatile actors brings a seismic charge to Paul Thomas Anderson’s take on the Thomas Pynchon stoner novel about the spiritual death of the 1960s. As Bigfoot Bjornsen, a buzz-cop cop bred from 1950’s-era conservatism, Brolin is hilarious and heartbreaking. 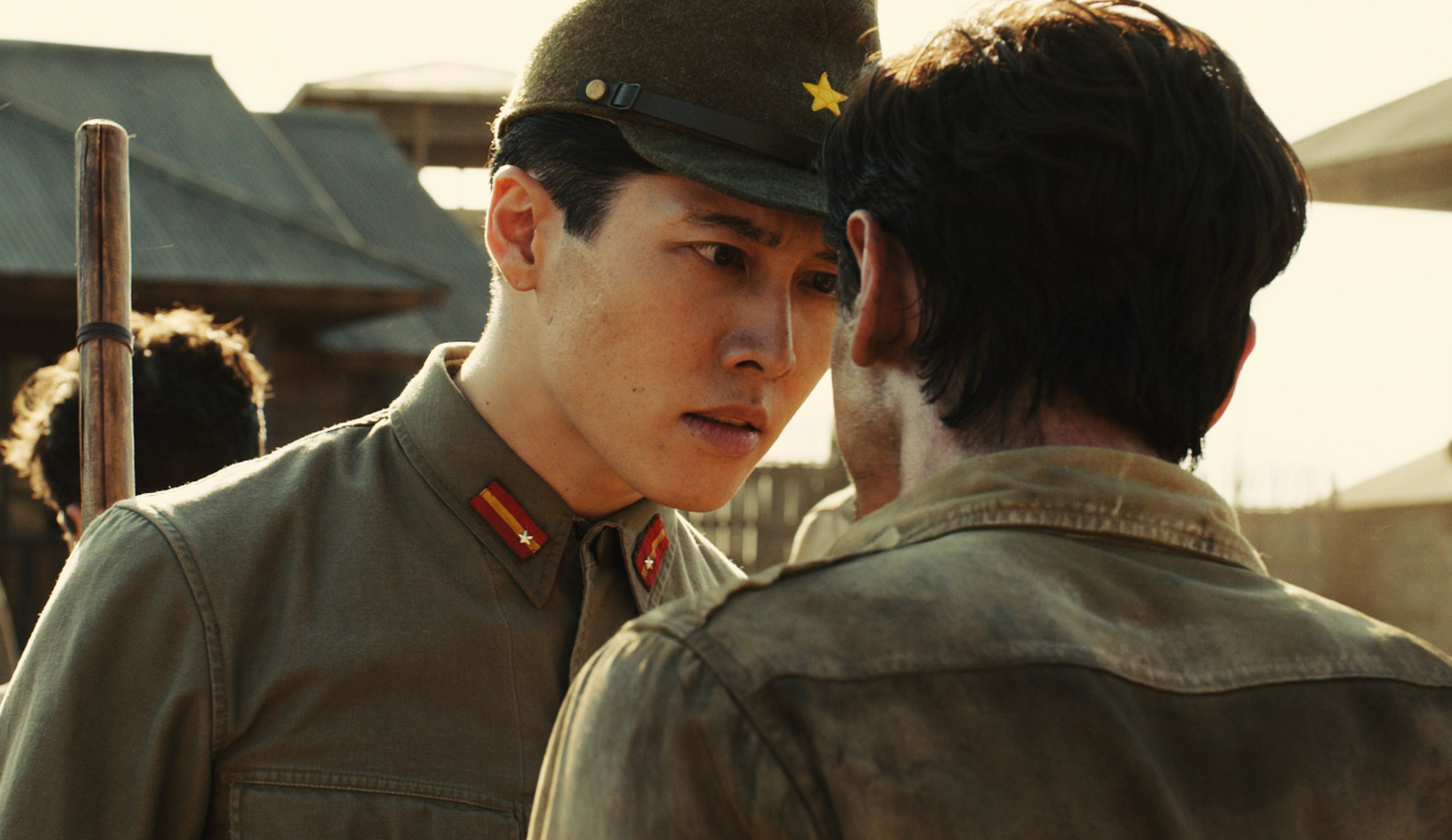 Andy Serkis (Dawn of the Planet of the Apes)
I sound like I’m on a loop by insisting that the voice work of Serkis, not to mention the motion-capture physicality he brings to the role of alpha ape Casear, are prize worthy. Get your heads out the sand, Academy voters, this is pure acting artistry.

James Gandolfini (The Drop)
In his final screen role, the indisputably great Gandolfini again shows his formidable talent by playing a small-time crook remembering his glory days: “I was respected. I was feared.”  It’s here that the actor who embodied the contradictions of Tony Soprano gives us his last screen hurrah. Bravo!

BEST SUPPORTING ACTRESS
The favorites are Patricia Arquette (Boyhood), Emma Stone (Birdman), Keira Knightley (The Imitation Game) and Meryl Streep (Into the Woods). But if the Academy is paying attention, it will find room for one of the following:

Tilda Swinton (Snowpiercer)
As a high-speed train whooshes through a frozen, dead world, the survivors are wrangled by Swinton as a mad wicked ringmaster with a killer Maggie Thatcher overbite. She’s sensational and then some.

Jessica Chastain (A Most Violent Year)
Chastain has never made a false move onscreen. Yes, she’s that good. And, here, as a mob daughter who doesn’t play by the rules even in her own marriage, she brings hot-blooded spirit to J.C. Chandor’s chilly scenes of winter in crime-ridden 1980’s New York.

Rene Russo (Nightcrawler)
As a TV news director who gets in deep with a creepy videographer (Jake Gyllenhaal) to satisfy the public’s appetite for gory sensation, Russo  is tart-tongued, terrific and still possessed of a humanity that she knows is bad for business. Her dinner scene with Gyllenhaal at a Mexican restaurant is a mini-classic. 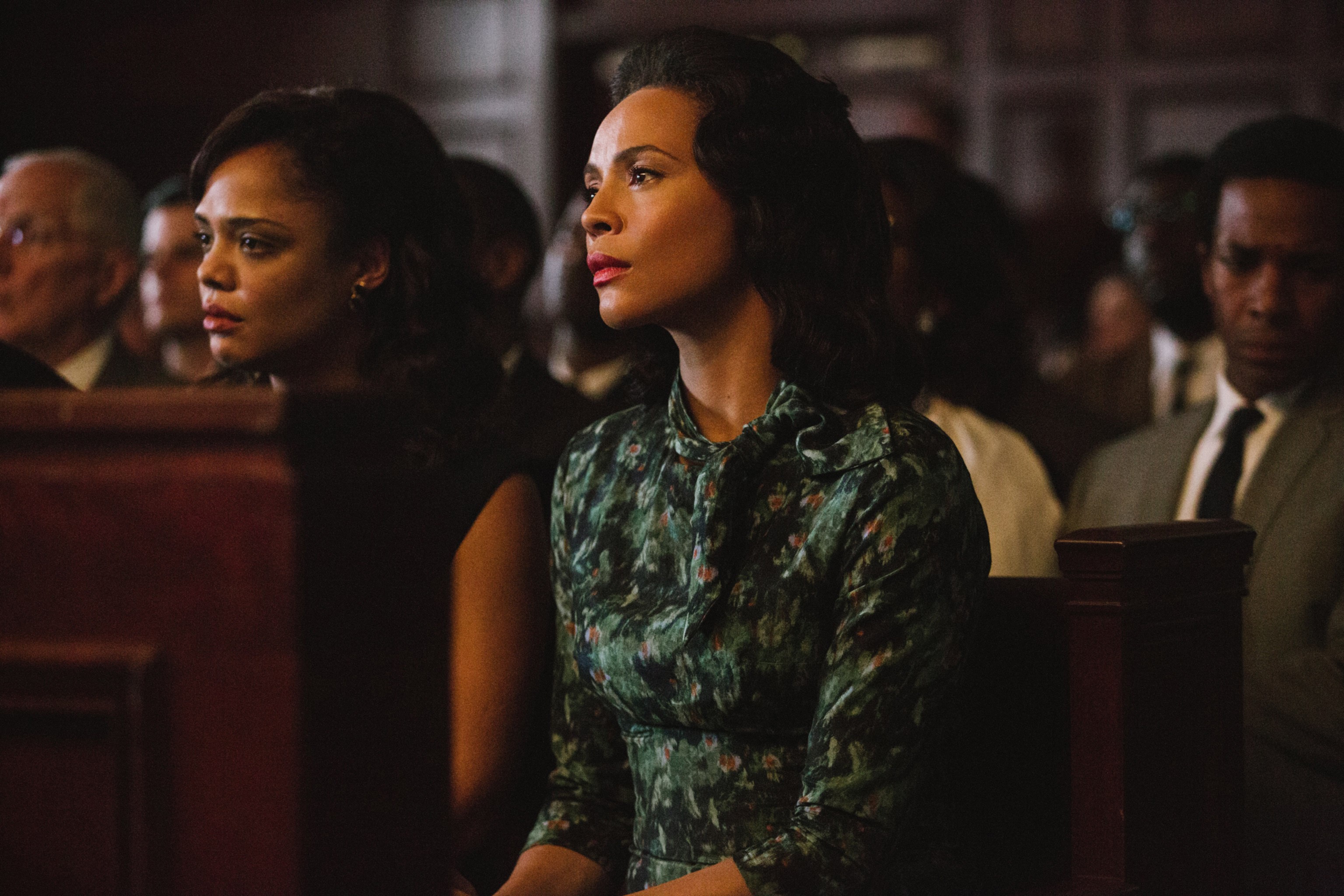 Carmine Ejogo (Selma)
As Coretta Scott King, whose husband Martin leads the 1965 voting-rights march in Selma, Ejogo delivers a wrenching honesty to the role of a wife dealing with marital infidelities and her own conscience. Ejogo’s award-caliber work brings ardent intimacy to the march of history onscreen. 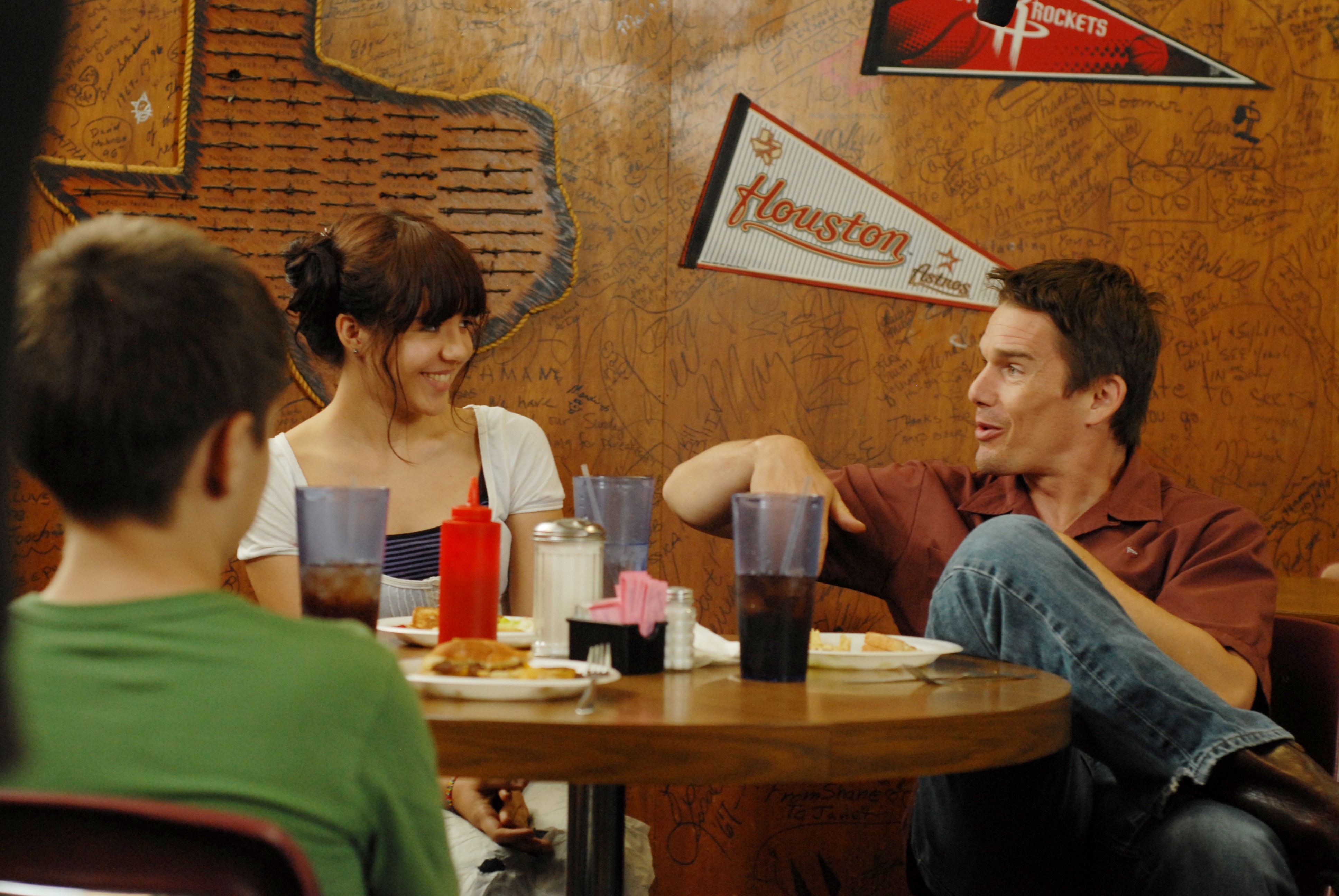 Lorelei Linklater (Boyhood)
To my mind, she’s the unsung hero of her father Richard’s landmark film about two children of divorce growing up in Texas over 12 years. Ellar Coltrane excels as Mason, the boy of the title, but Lorelei as his sister Samantha feels the same joys and pangs. It’s a deeply felt performance well worth celebrating.