Whenever the slightest nibble of new Mad Men info is released, it turns even the most fair-weather fans into raging lunatics chomping at the bit for more. It happened again this week, when series creator Matthew Weiner revealed that the Emmy Award-winning drama’s sixth season will premiere on April 7th. Along with the announcement came these four snazzy black-and-white photos of the cast that have us delicately parsing each hairstyle and fashion choice. (Pete Campbell in sideburns!) Here are the most notable clues:

The Most Depressing Moments of ‘Mad Men’ Season Five 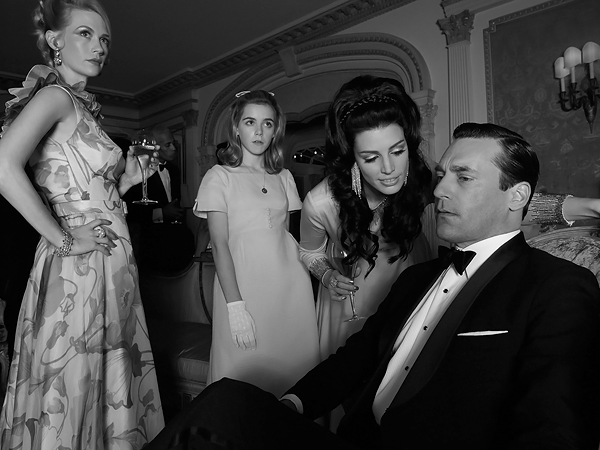 Betty, Sally, Megan and Don
Just because Betty has slimmed down doesn’t necessarily mean we won’t see her in a fat suit again – last season’s promo photos had nary a prosthetic. And if Sally’s hazy gaze is any indication, she still hasn’t recovered from walking in on her step-grandma giving Roger Sterling a blow job. It’s good to see that Megan’s still hanging around, although Don’s blank expression suggests he may not have answered “no” during that last scene in the bar. 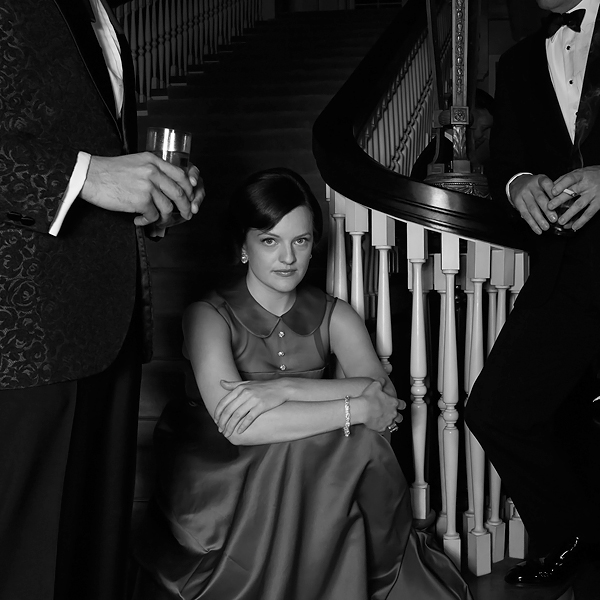 Peggy
She may have quit Sterling Cooper Draper Pryce for the greener pastures of Cutler, Gleason and Chaough, but Peggy Olson is still very much a part of the Mad Men story line. Don eyeing her from above signals he hasn’t given up trying to bring her back into the fold, though. But if she ultimately came up with the Virginia Slims tagline “You’ve Come a Long Way, Baby,” nothing short of a partnership is going to do the trick. 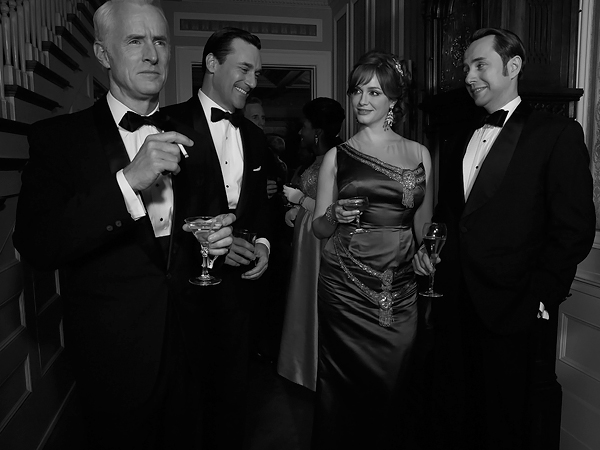 Roger, Jon, Joan and Pete
There’s only one thing to take away from this photo, and that’s Pete Campbell’s sideburns. As we’ve watched the SCDP crew move into the Swinging Sixties, the one person to truly embody the new fashion trends has been Megan Draper, until now. If he grows a mustache and tosses the madras coat, Pete might just be mistaken for one of Megan’s boho pals – which isn’t beyond the realm of possibility, given his floundering marriage. 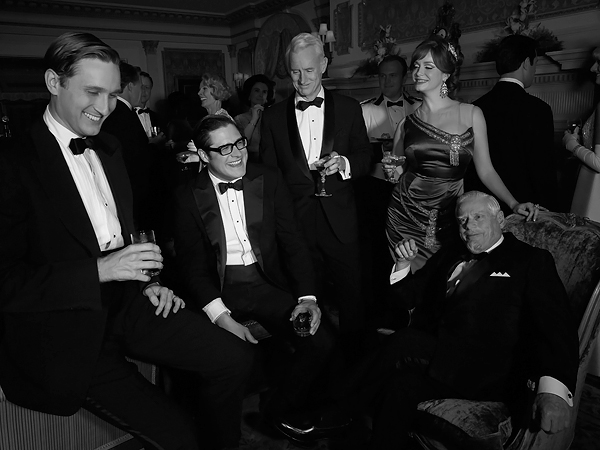 Ken, Harry, Roger, Joan and Bert
Well, Joan certainly hasn’t let her messy divorce ruin her impeccable sense of style – or her ability to be in the same room as her baby daddy, Roger. But does Ken’s smile betray his longing to become a full-time author? Perhaps his next short story will be about an aging ad man who turns to LSD in a desperate attempt to hold onto his youth.