UPDATE: As I AM will be released theatrically on May 27th at New York’s Village East cinema and June 3rd at ArcLight Hollywood. The film will expand to other cities later this year.

At his peak, Adam “DJ AM” Goldstein was a technically brilliant, genre-blasting musician who helped pioneer mash-up culture and became the first DJ to sign a million-dollar annual contract. He almost singlehandedly turned Las Vegas into a club mecca while counting Madonna, Usher, Jennifer Lopez and Tom Cruise as his clients for birthdays and engagement parties.

But Kevin Kerslake’s As I AM: The Life and Times of DJ AM, premiering tonight at the Tribeca Film Festival, also shines a light on Goldstein’s more troubled side: the psychologically fraught man and recovering drug addict who once tried to kill himself and filled the void of a broken childhood with excess in every facet of his life.

Kurt on Film: A Guide to Cobain's Cinematic Legacy

When a 2008 plane crash left the DJ severely burned, PTSD-prone and hooked on medication to help with anxiety, his once-promising career began to spiral downward. Alongside interviews with Mark Ronson, A-Trak, Paul Oakenfold, Jazzy Jeff, Steve Aoki and Diplo, As I AM features chilling audio of Goldstein giving a speech-cum-life-story to an Alcoholics Anonymous group discussing his constant battles and hopeful optimism.

Kerslake, a prolific music video director for Nirvana, R.E.M. and Green Day, among many others, spoke to Rolling Stone about AM’s past, the DJ’s “rock star” status and similarities to Kurt Cobain.

There were many different aspects to AM’s life. How did you begin approaching the film?
I had met Adam a number of times over the last few years of his life. Following his death, I furnished the family with footage for a couple of tributes and got to know them. I had lost a number of friends in the music and film industry to somewhat similar circumstances and when it’s mixed with this tonic of fame and celebrity, it just becomes pretty deadly. I said [to myself], if I could do a film that not only celebrated his talents and his place in the universe, but also illuminated so many issues in a fairly meticulous way, then potentially it would help stop the bleeding. That’s the only way it’s going to help the cause.

How familiar were you with his story when you started the doc?
The forensics of exploring different stages of his life and really uncovering a lot of material that even his best friends and family didn’t know took a lot of prodding and looking around corners that nobody had peeked around before. Straight Inc., the rehab facility he was imprisoned in, was incredibly dark and disturbing. Adam’s safety mechanism was disabled there — because in a place like that, if you ask for help, you’re punished, and it was one of the elements that did not help him later on in his life.

[For As I AM], the decision ultimately was to try to include a bit of everything in order to tell the story correctly and comprehensively. Some of the afflictions that other kids have, in terms of ADHD and OCD, those were the “outsider” kids that were put in the corner. The irony here is that the outsiders, throughout history, really moved society forward.

In the film, New York DJ Clark Kent calls AM the “first rock star of the hip-hop DJs.” Would you agree with that?
I would, yeah. Adam really distinguished himself from [other DJs] just because he found his way into mainstream like no one from that world had before him. And it was a perfect storm of circumstances with club culture blowing up and EDM becoming more popular. He was just right in the sweet spot of time, and he was blessed with his own talent to capitalize on that.

“I imagine some of Kurt [Cobain’s] childhood was similar to Adam’s. There are a lot of parallels that drew me to AM’s story.”

The film paints him as someone who was more comfortable in a small bar than a gawdy Las Vegas club.
The parallel I find is more in bands. Nirvana, even though they played bigger and bigger arenas, still got a charge from a totally claustrophobic, sweaty club that a stadium won’t give you. I don’t think one necessarily nullifies the other, but I think in terms of what AM was drawn to, there’s an outward success and being acknowledged in a way that is important for an artist, in terms of reaching a lot of people. Okay, so who are those people? Are these my friends and is this like a house party thing where I connect to every one? You’re not finding that in something that big, but it’s a charge and I think it enabled him to do things that just staying in a smaller crowd wouldn’t have.

Many of his friends in the film say that he never processed the PTSD he received from the crash.
Oh yeah, completely. I can’t imagine going through an event like that. I don’t think anybody could really appreciate the totality of this impact on your body, on a cellular level as well as in the mind. And he never really processed it. Travis [Barker] still hasn’t come to terms with it; he still won’t fly. But AM got on a plane two weeks later and was off and running. There’s a plus side to getting back up on the horse right away and there are healing properties because he loved DJing. But I think that the undercurrents of that experience finally overwhelmed whatever virtues there were in coming back to work early. 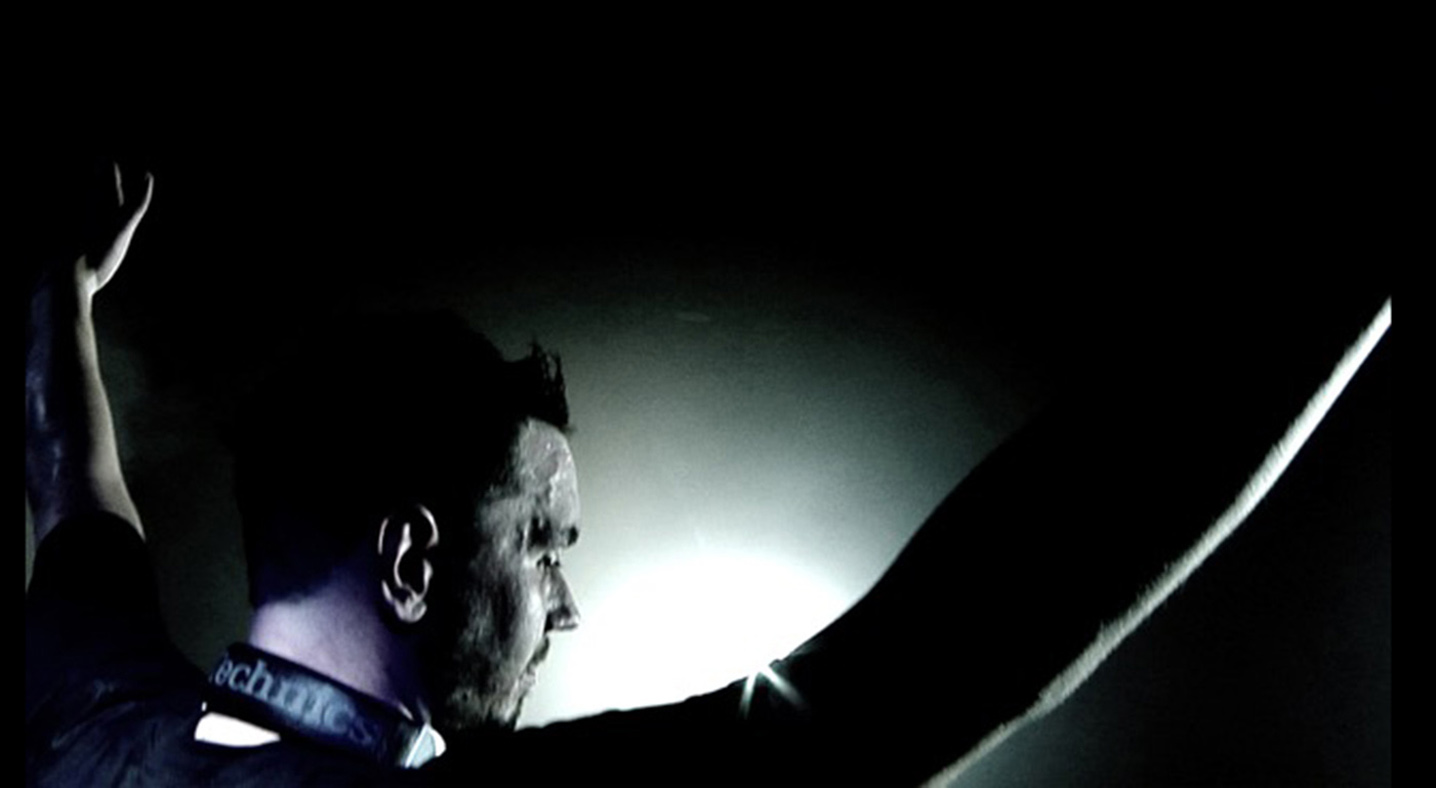 What did you learn about him that was essential to include in the film?
The DJ culture didn’t really exist when he first got into it in the way that it did when he left it. He dragged that culture into places — not just bottle service and posh clubs — out of skills that were born of battle culture and broader genres. He fused all that in a way that was very personal and unique. I’m still awed by his tenacity and persistence in terms of blowing through whatever resistance there was to achieve success, as well as overcoming so much adversity in his life.

You’re primarily known for your work in music videos. What did you take away from that medium that you wanted to bring to the film?
Music videos are fairly kinetic pieces of film, and because that’s how AM’s brain worked and that’s the style of his DJing; there was a pretty solid marriage between some of those stylistic instincts on my part and his story. When you’re making videos, you get to appreciate music on a microscopic level in terms of breaking down different parts and seeing the genius of certain compositions, appreciating the mistakes. Wanting to express that musicality in the film was very important to me, so we spent a lot of time trying to craft how his passion was conveyed to people that didn’t necessarily feel that themselves, but were maybe able to because of the film.

What are your most vivid memories from working with Nirvana?
That Kurt was a very gentle, delicate artist that was immensely talented, and I think that the lasting impression that I have of him is this very strange fragility. He was so delicate in a way to be put in that position of being the voice of an entire generation, and I think that, to a certain degree, he answered the call. But he was also crushed in the process. I imagine some of Kurt’s childhood was similar to Adam’s. There are a lot of parallels that drew me to AM’s story.

Was that a conscious throughline when working on this film?
It was conscious. AM and I were never as close as Kurt and I, but the common circumstances among all those deaths were very much in mind when I was starting to make the film. But you can’t tell a story from that general standpoint and really have to get into the particulars of AM’s life and what made him unique. Ultimately, those become more universal in a way because people find themselves in some of those situations. It’s counter-intuitive, but it actually becomes more universal. The circumstances of AM’s life were atomic. It was just really important to bring him home on that human level.