A white jumpsuit with crocheted mesh sleeves. A sheer beige minidress. A bare-shouldered pomegranate pantsuit. Naya Rivera – who stars on Glee as out-and-proud lesbian ex-cheerleader Santana Lopez – tries on one red-carpet outfit after another at her stylist’s Los Angeles loft, while a seamstress adjusts the clothes to be tight, but not obscene. Eventually, Rivera finds a red vinyl dress that can be transformed into shorts for a Halloween costume. “I’m going to be a sexy Carmen Sandiego,” she says, referring to the title character of the long-running educational video game and TV-game-show empire – a criminal mastermind and, arguably, a Latina icon for kids who grew up in the Eighties and Nineties, like Rivera. “Now I just need a briefcase and somebody to stand behind me and sing the theme song all night.”

Naya Rivera From Glee on Her New Single, Big Sean and Nudity

Rivera’s original Halloween plan was to be half of a Cleopatra and Pharaoh duo. There was just one problem: “Sean ended up having a show that day,” she says, “so I had to get a solo costume.” “Sean” is Rivera’s fiance, Detroit rapper (and Kanye protégé) Big Sean. The new-school power couple have a very 2013 meet-cute story: After hearing one of his tracks while riding in a car with her brother, Oakland Raiders tight end Mychal Rivera, Naya learned how to use the popular hip-hop site datpiff.com so she could download Big Sean’s latest mixtape. One day on the Glee set, she told co-star Lea Michele that she was going to follow the MC on Twitter. “She was like, ‘Who?'” says Rivera. “I said, ‘He’s a rapper, he’s really cute.'” Soon enough, Sean DM’ed Rivera, and the two of them went out for Italian food. They announced their engagement in October. Rivera flashes the diamond ring he gave her: It’s roughly the size of a Buick. “I stare at it all the time,” she admits with a grin. “I hate when I have to go to sleep, because then my finger just feels naked.”

If Rivera has her way, soon Sean won’t be the only musical star in the relationship. She recently released a supercatchy single featuring her fiance called “Sorry” – with taunting lyrics (“Bagged him up, now he’s my baby/Sorry, I’m not sorry”) widely interpreted as shots at his exes. It’s already cracked the Top 40 on Billboard‘s Rhythmic chart and made the Top 10 on iTunes’ Pop chart.

Rivera has actually been signed to Columbia Records for three years, since the first wave of Glee-mania, but she’s just now finishing her debut album. “It took a long time to figure out where I wanted to go musically,” she says. On Glee, many of her most memorable performances have had a country-tinged flavor – covers of Fleetwood Mac’s “Landslide” and Taylor Swift’s “Mine,” for example – but Rivera was looking for something a little more glossy and soulful for her record. So she stepped away from the demos that the label had been pushing on her and insisted on writing her own songs with a handpicked team including producers Tricky Stewart (who’s worked with Rihanna and Beyoncé) and John Lock (who’s also a frequent Glee guest, playing the New Directions’ drummer). When she finished recording “Sorry,” she says, she told Columbia, “This is what I’m doing. Get on or get off. I think this is a summer song, and I want it on the radio by the end of the summer.”

Rivera says she’s always been driven in her pursuit of stardom, ever since she started going to auditions at age four. “I remember feeling really important when I would wake up for a 5 a.m. call time,” she says. “I knew I must be doing something special if the sun wasn’t even up yet.”

As a child, she booked her first recurring roles on The Bernie Mac Show and The Royal Family (Redd Foxx’s last TV show). “I was so focused on trying to book a show or get a record deal that I was really removed from the whole high school experience,” she says. She wanted to be a cheerleader, but her family couldn’t afford it, and besides, she knew she wouldn’t be able to make practices because of all her auditions. At age 21, after working jobs as a nanny and a Hooters waitress, she got cast on Glee – as a cheerleader. “It was like a second chance at high school,” she says. “Only I got paid for it. Not too shabby.”

While both of Rivera’s parents are half-Puerto Rican, she says she grew up in the suburbs of L.A. without much sense of her heritage, not speaking Spanish. Even so, before Glee, she was mostly offered more stereotypical Latin roles. “Once you break through on a show that is so culturally universal,” she says, “people stop looking at you for your ethnicity.” 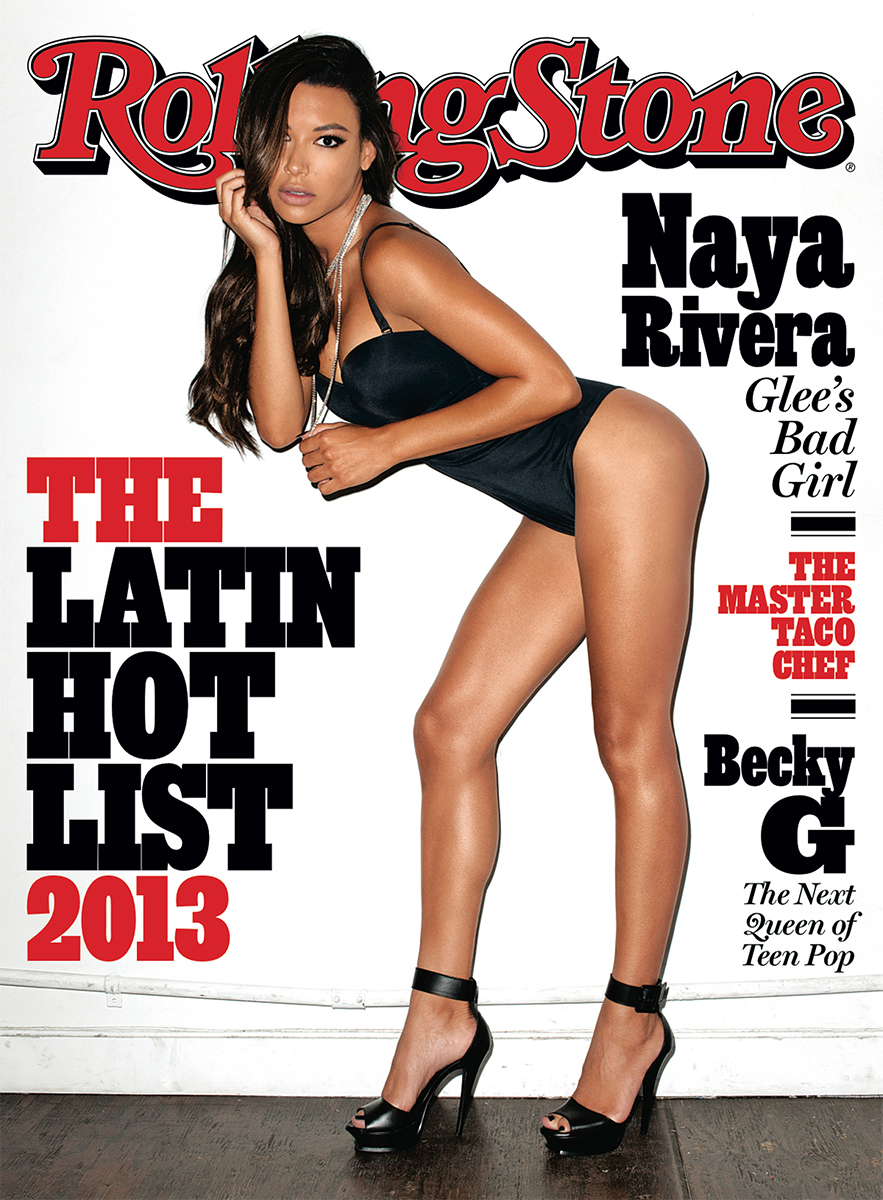 Rivera is pretty laidback most of the time – but when she gets excited about something, you can see the off-the-charts energy that led her sister, model Nickayla Rivera, to nickname her “Little Sonic,” like the Sega hedgehog. Naya pulls up a video on her phone to show me what she means. It shows her caught on Fox’s broadcast cameras, celebrating when her brother scored his first professional touchdown. She’s dressed in a Raiders cap and a cut-off T-shirt, wildly waving her fingers in the air. “I freaked out and ran to the window of the box, yelling, ‘Fuck, yeah!'” she says. “The next day at work, all the guys on the crew were saying, ‘I saw you on SportsCenter last night.'” Rivera laughs merrily. “I’m a living legend.”

This story is from the November 21st, 2013 issue of Rolling Stone.