Three decades ago, a group of insufferable yuppies gathered for the funeral of a friend who looked a great deal like Kevin Costner. This was the plot of The Big Chill, a movie that larded itself in sentimental nostalgia and Procol Harum songs and Bo Schembechler references.

I don’t think The Big Chill holds up particularly well as a film about the death of baby-boomer idealism, but I’m also not sure that’s its primary subtext at this point. Because I’ve come to the conclusion that The Big Chill is now an unwitting metaphor for the downfall of the Michigan football program.

Bear with me, because I swear there’s logic here: The characters in The Big Chill met at Michigan (director Lawrence Kasdan also went to Michigan), and so the university shows up as a secondary character throughout the film, including, most uncomfortably, on the T-shirt Kevin Kline wears to cover the crucial bits of his skimpy jogging shorts. At one point, as these talky ex-radicals hang around a house and dissect their varied miseries, they actually sit and watch a Michigan football game (this mostly involves Jeff Goldblum making wisecracks about the Wolverines’ gaudy helmets and Schembechler’s occupational stress). And then they step outside into the yard and play their own sloppy game of touch football to the rhythms of The Spencer Davis Group. 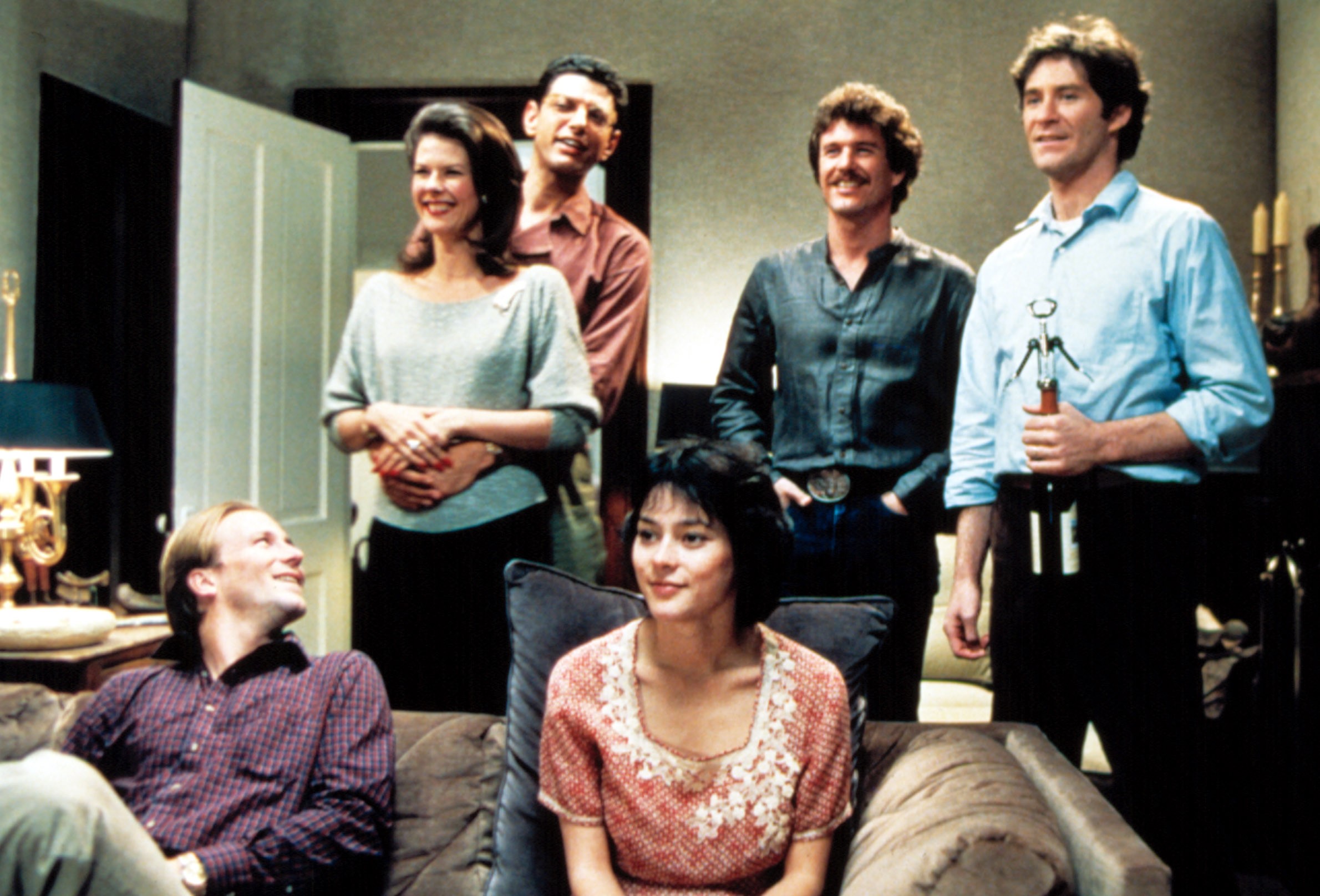 They fired one coach, native West Virginian Rich Rodriguez, after determining his wide-open offensive schemes and lack of polish were not the proper fit for the university’s lofty self-image (never mind that the man who built the Michigan ethos, Fielding Yost, ran a wide-open scheme himself). They then brought in another coach, Brady Hoke, who more readily confirmed to fan expectations, who had been an assistant coach at Michigan under Carr, and who would prefer to pound the ball on the ground.

Hoke is big and beefy and altogether reminiscent, at least in terms of imagery and philosophy, of Bo Schembechler. (It was Schembechler who established the modern platonic ideal of Michigan in the 1960s and 1970s, when the fictional bohemians of The Big Chill were occupying administration buildings.) But in his fourth year, Hoke’s team is flailing and making inexcusable mistakes; in the offseason, Hoke brought in former Alabama offensive coordinator Doug Nussmeier to overhaul things, but at least so far, nothing has changed. In early September, the Wolverines lost 31-0 to longtime rival Notre Dame. The Wolverines’ current quarterback, Devin Gardner, is a talented and charismatic young man who appears so utterly discombobulated that he may wind up ceding his starting job altogether.

And so this is now the most problematic era in the history of a program that prides itself on a headstrong morality, on the hoary symbolism of the “Michigan Man,” on the notion that Michigan stands above the muddy fray of college football while still managing to compete at the highest level.

The whole enterprise may have reached its nadir this week, when word leaked of a promotion: Buy two Coca-Cola products, read the sign in the Michigan student union and get a pair of Michigan tickets. A fury arose, because: A) Michigan tickets are, on the whole, prohibitively expensive, and should at least theoretically be worth more than 32 ounces of high-fructose corn syrup, and because B) There is a great deal of fan animosity toward athletic director Dave Brandon, a Barnumesque former CEO of Domino’s Pizza who seems determined to either modernize Michigan football games or turn them into ADD sideshows, depending upon your point of view. 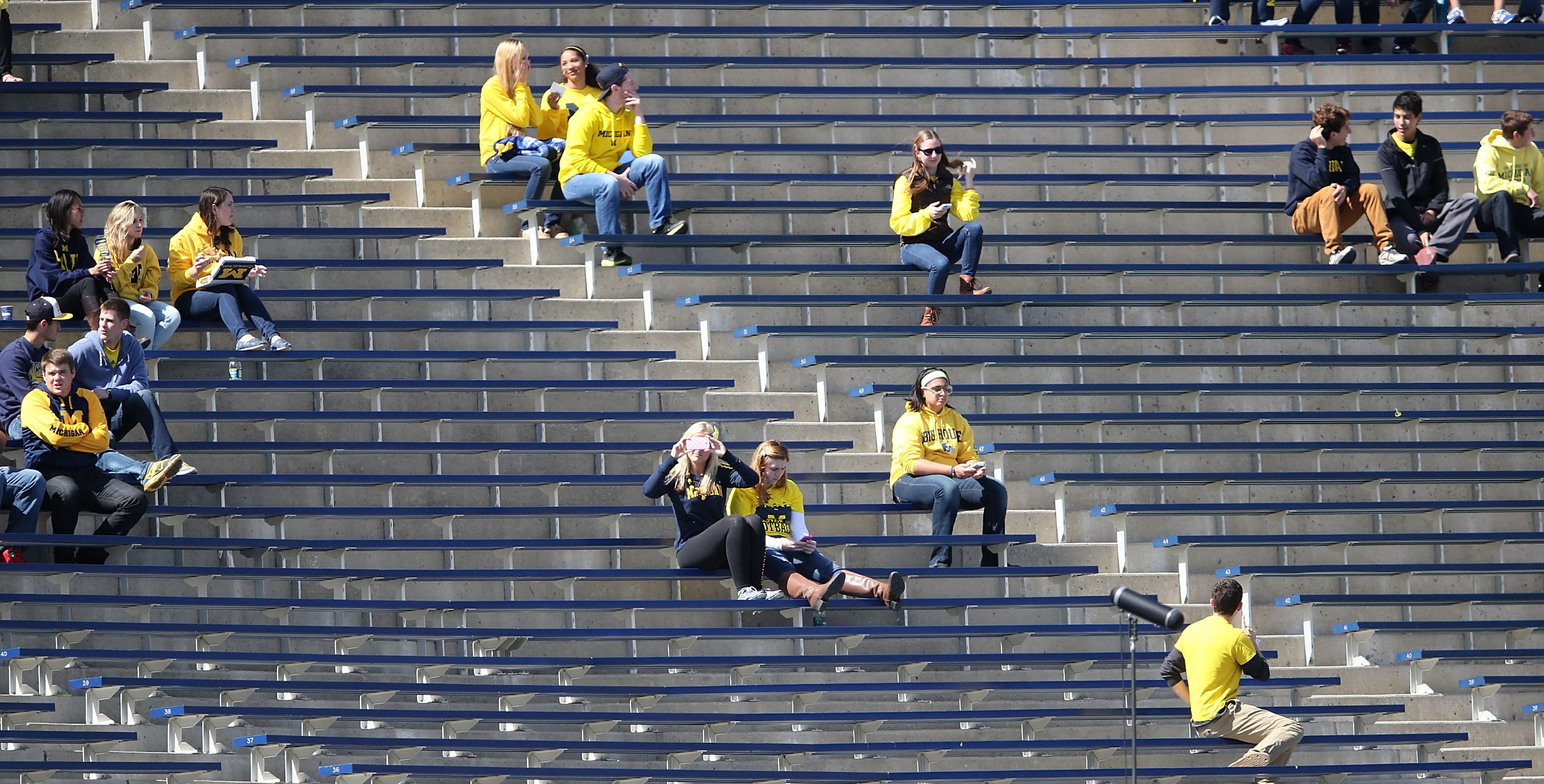 After the Coke promotion went public, the Michigan administration disavowed it, chalking it up to a misunderstanding, but it still gets at the inherent problem with Michigan football in 2014: They no longer seem to have any idea what they are, other than a vision from the distant past. It’s not just a Michigan problem, of course; on a larger level, the majority of the Big Ten Conference appears to be in steady decline. But Michigan is the behemoth, and for years, Michigan was the magnet for both high-level success and condescending idealism, and as much as I would like to engage in Schadenfreude at their continued decline, at some point, you start to miss them. At some point, you start to think about what college football might look like without all that snooty self-indulgence, and it gets a little depressing.