It feels wrong to say that the man responsible for something as achingly tender as the high-concept romantic masterpiece Eternal Sunshine of the Spotless Mind is only getting personal with his work now. And yet, French director Michel Gondry’s new comic adventure Microbe and Gasoline may just might be the wizard of whimsy’s most intimate picture to date. Drawing on his own experiences as a Gallic grade-school hooligan tinkering with homemade contraptions, he’s filtered his memories of childhood into a buddy comedy that bridges the gap between how it happened, and how he used to imagine it.

The title pair of misfits — so nicknamed because Daniel (Ange Dargent) is unusually pint-sized and Theo (Théophile Baquet) works as a grease-monkey-in-training — build a covert house-car for a cross-country road trip, and in doing so, follow through on one of Gondry’s last unrealized childhood dreams — as well as a heartfelt statement about creativity as an avenue out of boredom and loneliness.

This is your second French film (after 2013’s Mood Indigo) following a string of projects in America. Was there anything that motivated the return to your homeland?
I wanted to do something really personal, including memories of my teenage years. I don’t think it would have worked in America.

Is it difficult for a director to get a more personal project made here?
For me, it depends on the age of the character. I’ve been in the U.S. for 15 years, back and forth — my brain memorized all these adult dynamics in English. If I go before that, during my adolescence, it’s really French. It would be more complicated, not impossible, to change that way of remembering. It’s different. I’m sure I could make it happen, but there are many ideas that would be more complicated.

When you were young, were you inventing things like this?
When I was very young, I had made a little airplane with Legos. They had an engine that was supposed to go inside one of the models, a train, and I took it out and put it in the plane I had made. The plane started moving forward and I thought I had made a propeller, but my father explained to me, “No, it’s not a propeller, your plane could just as easily go backwards. It’s the vibrations pushing it forward.” It killed my dream. But I made many little things, and while doing that, learned how they work.

Later, I went to art school, so I never stopped making things. I had no knowledge of modern art, so I made these little shows using pieces of paper. It was like pop art, but I didn’t know that at the time. I moved from that little 3-D effect to animation, then to doing videos. All along, it felt like what I was doing as a kid.

Do you think that for children today, with so many advances in technology, that imaginative spirit is still as strong as it was?
I don’t know, really. When my son was 11, he made a little show on YouTube. He would do a lot of effects — not handmade-crafted, all on video. I prefer to have the physical object, but I can’t deny the creativity of people who work on video screens. 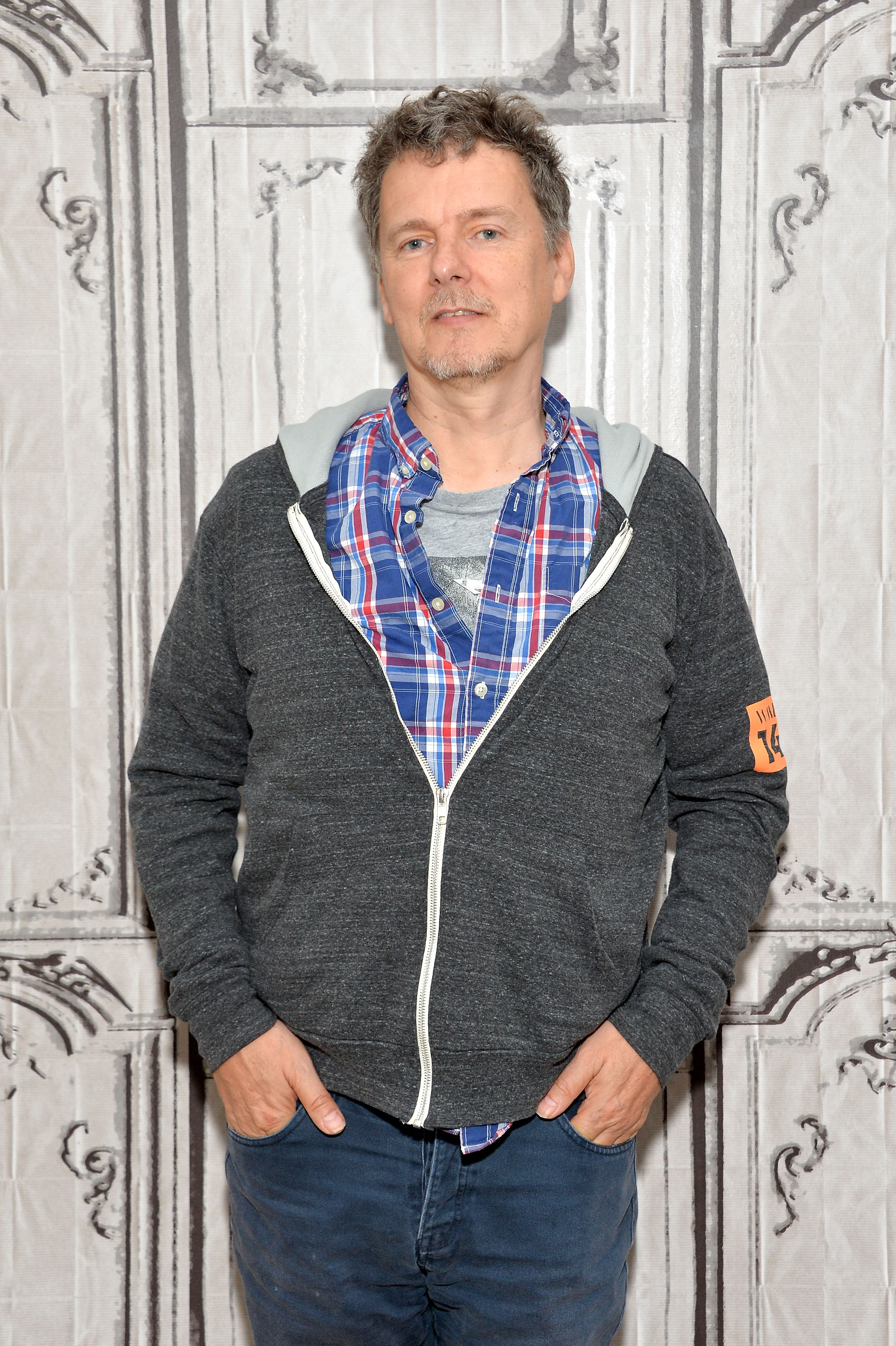 With that in mind, does it worry you that so much of moviemaking has shifted from film to digital?
What worries me much more is the superhero movie. It’s invading everything. Whether they’re made in CGI is not the most important thing. It’s the subject, the writing, the character.

You directed The Green Hornet not too long ago, so …
It’s not really my style. It was supposed to be a funny take on superheroes, but I guess the audience didn’t enjoy that. They’re specific about what they expect from these types of movies.

You don’t think you’d ever want to revisit the genre?
No. Well, if I’ve been really successful, maybe. I like Christopher Nolan’s universe, he does impressive stuff. But I don’t think I’m in the same category, or meant to do the same things.

How did you find these two young actors?
Necessities for Daniel were very restrictive: He has to be small, have long hair, and look like a girl, but still have a strong personality. I met maybe 60 to 80 kids. They needed a certain physical appearance, but on top of that, they have to have something sparkling in their personality. And of course, they have to be able to act.

When I first met Ange Dargent, he was really funny. He has a very sweet expression, and all these funny stories. He once told me this joke … it involves the French word sucer compared to a candy “sucker.” But in French, sucer means “blow job.” He didn’t fully understand it, but there were lots of little things like that.

You hear a lot of directors having trouble with inexperienced or nonprofessional actors, especially kids.
It was great. First of all, they know the whole script! Their lines, other characters’ lines — it’s wonderful. Second of all, they have no ego. You can say “That was shit” without worrying, and it’s good because then you have the freedom to try something different. They’re just happy to be here, it’s like a summer job. 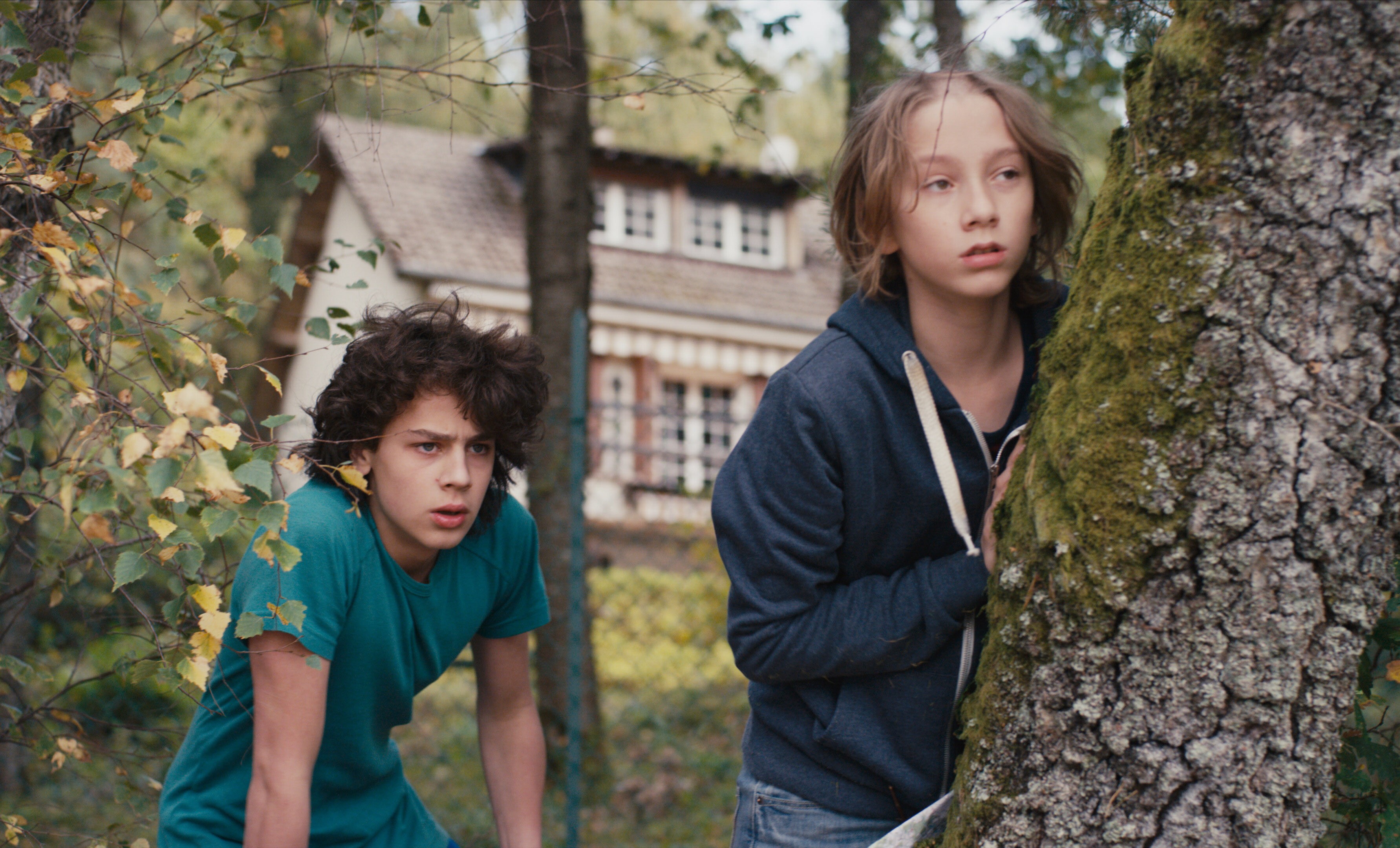 A lot of your films incorporate elements of magic or surrealism; this one does not. Was going for a more realistic tone a deliberate move?
Yeah, I had just finished Mood Indigo, and I wanted to shoot with one camera, one lens, just focusing on the characters and what they have to say to each other. While I was writing the first half, I would have dreams that became the second part of the story. I thought writing must have sparked the ideas that I’d dream up, even if I don’t understand the elements that bring them to me in sleep. I know I’ve done several movies where the visuals make it clear that you’re watching a dream, but when you’re inside one, it never feels weird. So I tried to show them that way, without special effects.

Dreams are often scary and don’t make sense. They use material from your past, and in that way, they’re weird but coherent. When you wake up, you can feel like you’ve been dreaming for hours, even if that’s not the case. In real life, you don’t have a cut. It’s like I leave this room and then I’m suddenly in the street. So we follow every step. But in films, you go from one place to another, like you’ve dissolved. You feel edits in memories and dreams.

What are some of your favorite movies about children?
I watched Peppermint Soda by Diane Kurys, a movie about two girls in the Sixties. Kes, by Ken Loach. My favorite is by Jean Eustache, My Little Loves. I didn’t think of them when making this film, though. I like this movie because the way it’s shot, the film is as neutral toward the characters as possible. You get really attached to the kid, because it’s like you’re seeing him in real life. And his acting’s not crazy — he’s human. You get attached because of who he is.

For me, ever since I was six, I wanted to have sex. I was once walking around Venice, California when I got a call from my son Paul; he must have been nine years old. He tells me, “Dad, I want to have sex with a woman.” I said, “Well, okay, what you have to do is find a girl you like, take her to the movies, and try to kiss her.” And he said, “No, I’m not talking about that, I want a girl with big boobs and long legs.” I didn’t even articulate that when I was his age.

Daniel looks down on his brother for being in a punk band; was that taken from your youth?
I was always a bit behind, because I was younger. When the punk movement arrived, I still had long hair and was a bit of a hippie. Then I cut my hair and got into it because of a friend. My brother was [into] heavy metal when the punks came in, and we only became punks when everyone had moved to New Wave.

This is a frightening time for Paris, considering the terrorist attack last November. What was your response to that?
This isn’t exactly an answer, but my son was supposed to be there at the Bataclan. They were waiting for a friend who never came and it got late, so they gave up and went to a restaurant instead. They saw the people running in the street. It’s horrible, but it reflects a problem people don’t want to deal with. When something like this happens, you have to take the position to be against it, which of course you are. But maybe you should see why these guys become radicals. Maybe they live in conditions that are not good; maybe we are responsible for those conditions.

Do you see yourself doing more politically minded work?
The closest I ever want to get to politics is the Home Movie Factory, where I give really independent artists the freedom to be creative as a group. My politics are that people know each other — “Oh, I know so-and-so,” “we went to the same school,” — and the world feels smaller. But the world only feels small because we don’t share it. That’s how you can have so many relationships without making contact with 99% of people. And we ignore them. It’s about bringing those people in, as much as I can. It’s a great way to channel energy. In France, the suburbs are like the ghetto here. People have all this energy, and nowhere to put it. It boils, and turns into something we don’t like to see.