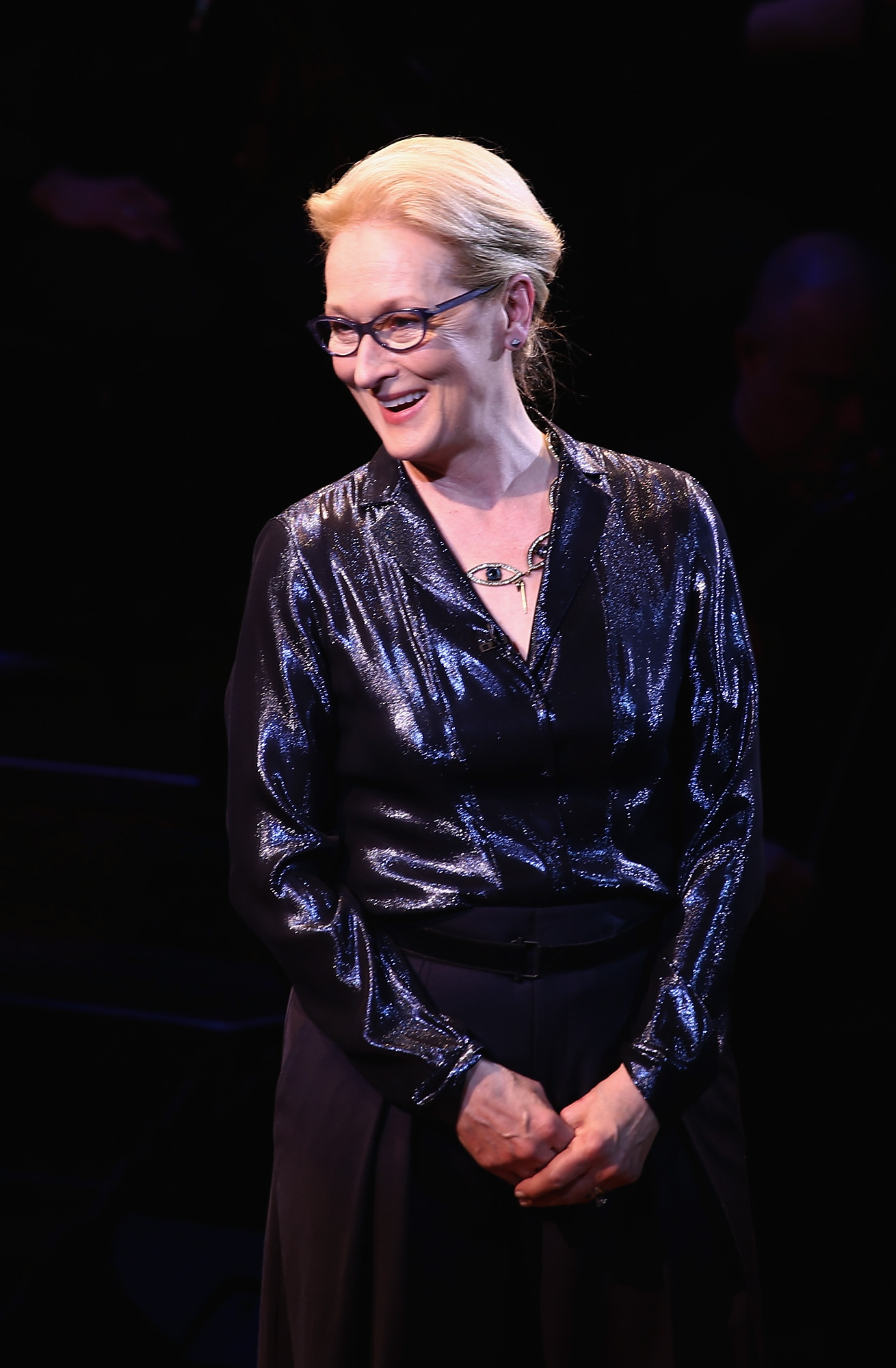 Meryl Streep recorded live cover versions of Bruce Springsteen‘s “My Love Will Not Let You Down,” Tom Petty and the Heartbreakers‘ “American Girl,” Lady Gaga‘s “Bad Romance” and nine other hits for the Jonathan Demme-directed family drama Ricki and the Flash, Entertainment Weekly reports. The film, out August 7th, stars Streep as Ricki Randazzo, the frontwoman of a cover band who abandoned her three children to chase her rock and roll dreams. When her daughter Julie (played by Streep’s real-life daughter, Mamie Gummer) stares down a life crisis, the singer returns home to face reality.

The dozen covers were all recorded in front of a live audience. “We didn’t use playback,” Demme says. “We’re not sweetening it up on the soundtrack. It’s performance! I have to say with our band – I shouldn’t say it, but I want to say what I feel in my heart – Ricki and the Flash blow away every original.”

Leading Ladies on the Cover of Rolling Stone

The director says Streep prepared for the role of a leather-clad rock star by practicing guitar for six months. (EW compares the character to “Melissa Etheridge, Lucinda Williams and/or the Pretenders’ Chrissie Hynde, albeit in a punkier vein.”) And the three-time Oscar-winner’s commitment was so intense, she even suffered bodily harm. “She goes, ‘Jonathan, look! Blood!’,” Demme says. “Meryl had shred so fiercely, a little blood had spattered on her baby blue dress.”

Gummer says her mother was prepared to take on the grueling part, thanks to her previous singing experience in musical films like 2008’s Mamma Mia! and last year’s Into the Woods. “She loves, loves, loves to sing,” Gummer says. “Loves it more than almost anything. She in part did this so she’d have permission to sing – and I couldn’t tell her to shut up!”