'Mad Max: Fury Road': The Story Behind Its Most Insane Stunts - Rolling Stone
×
×

“It was literally like going to war,” says Guy Norris of the enormous, intricately orchestrated Namibian Desert battle scenes in Mad Max: Fury Road, the year’s most spectacular action film. As the movie’s supervising stunt coordinator, Norris oversaw a small army of stunt people – up to 150 at a time – during more than 300 sequences, which are all the more impressive given the film’s relatively minimal use of CGI. (For stunt scenes, the technique was mainly used to erase safety rigs and cables.) “We wanted to make it real,” he says. ‘Real vehicles, real locations, real movement and real stunts.”

After cutting his teeth (and other body parts) as a traveling stunt-show performer in his native Australia, Norris teamed with Max franchise creator and Fury Road director George Miller as a stuntman on 1981’s The Road Warrior. While shooting, Norris broke his femur in a motorcycle stunt, but he was back on set within days. He later coordinated stunts on Miller’s more family-friendly films Happy Feet Two and Babe: Pig in the City. “We’ve worked so closely together, it was like we were thinking with one mind,” Miller says of their time on Fury Road.

Norris, 55, is supervising stunt coordinator for next summer’s DC superhero movie Suicide Squad. But after personally performing two key stunts in Fury Road, he figures he’ll leave actual daredevilry to the next generation. (His two teenage sons play War Boys in the film.) “I crashed a 12-ton vehicle into the War Rig,” Norris says. “I’ve jumped off 500-foot buildings. I’ve crashed cars. I’ve been set on fire, but that stunt worked so well I thought, ‘I don’t know what else I can do.’ I wanted to go out on that feeling.”

The War Boys’ Cave Pursuit
”The challenge was, How do to make a foot chase with same intensity as a car chase? Another challenge was to design the action so that Tom Hardy could do it all himself. We shot it over an exhausting three days, with Tom and the stunt War Boys either running, leaping over vehicles or fighting in the water. The final leap that Max makes out to the moving hook was complicated. It involved a winch moving the hook across the screen at a set rate, timed to Tom’s leap for it, timed with the War Boys’ arrival just as Max has leaped out of their reach. Tom did it all.” 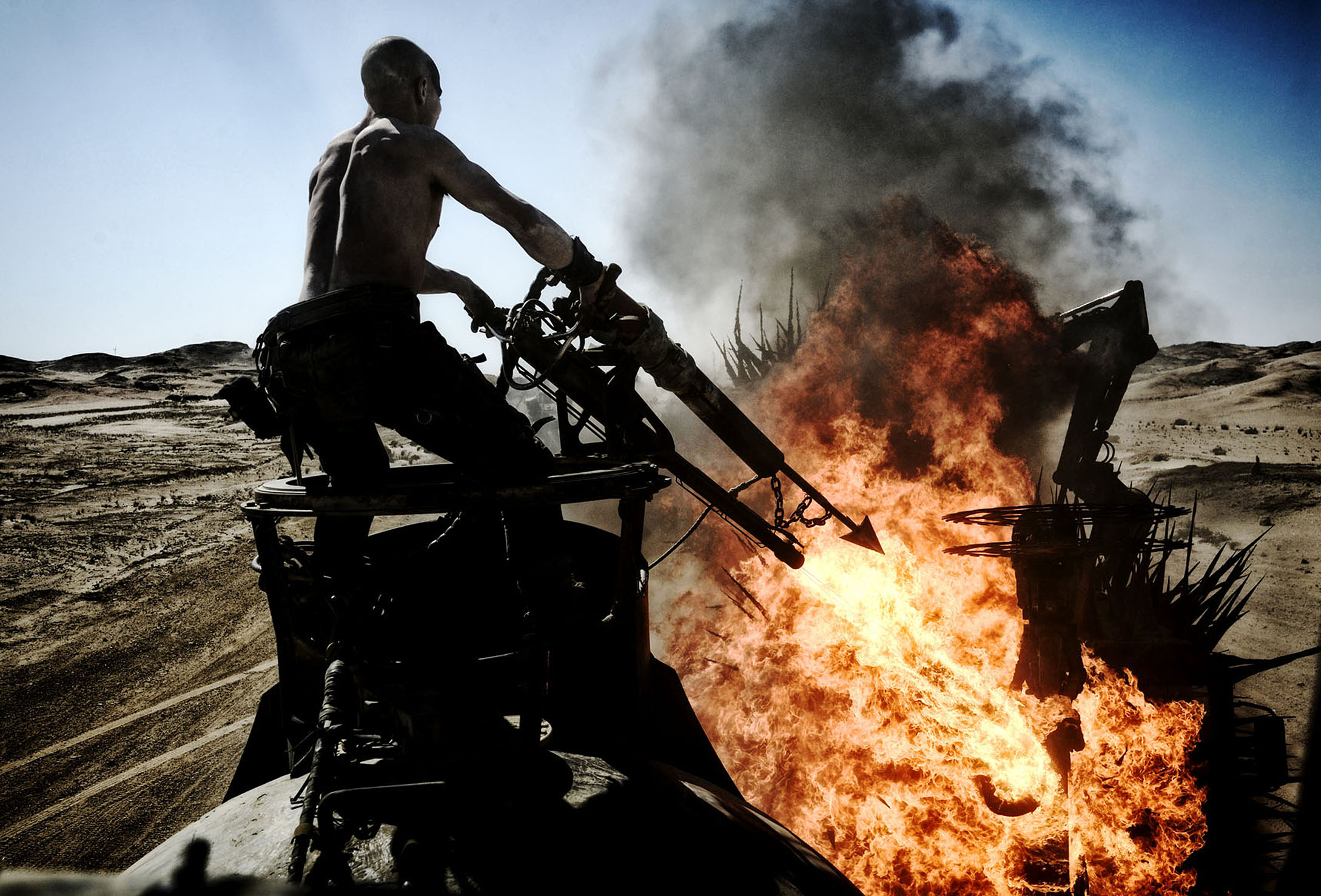 The Buzzards’ Tanker Attack
“Furiosa’s tanker is attacked by what we call the Buzzards, a tribe we decided are of Russian descent and live underground in burrows. They come out in these crazy porcupine vehicles. That chase shows you how all the War Boys work together to defend the tanker. All of the crashes were really tricky because they were in such proximity to the tanker. For each of the stunts, we had looked at what anybody else had ever done before and figure out how to up the ante. Which is what we did here by having two moving crashes combined in one big crash.” 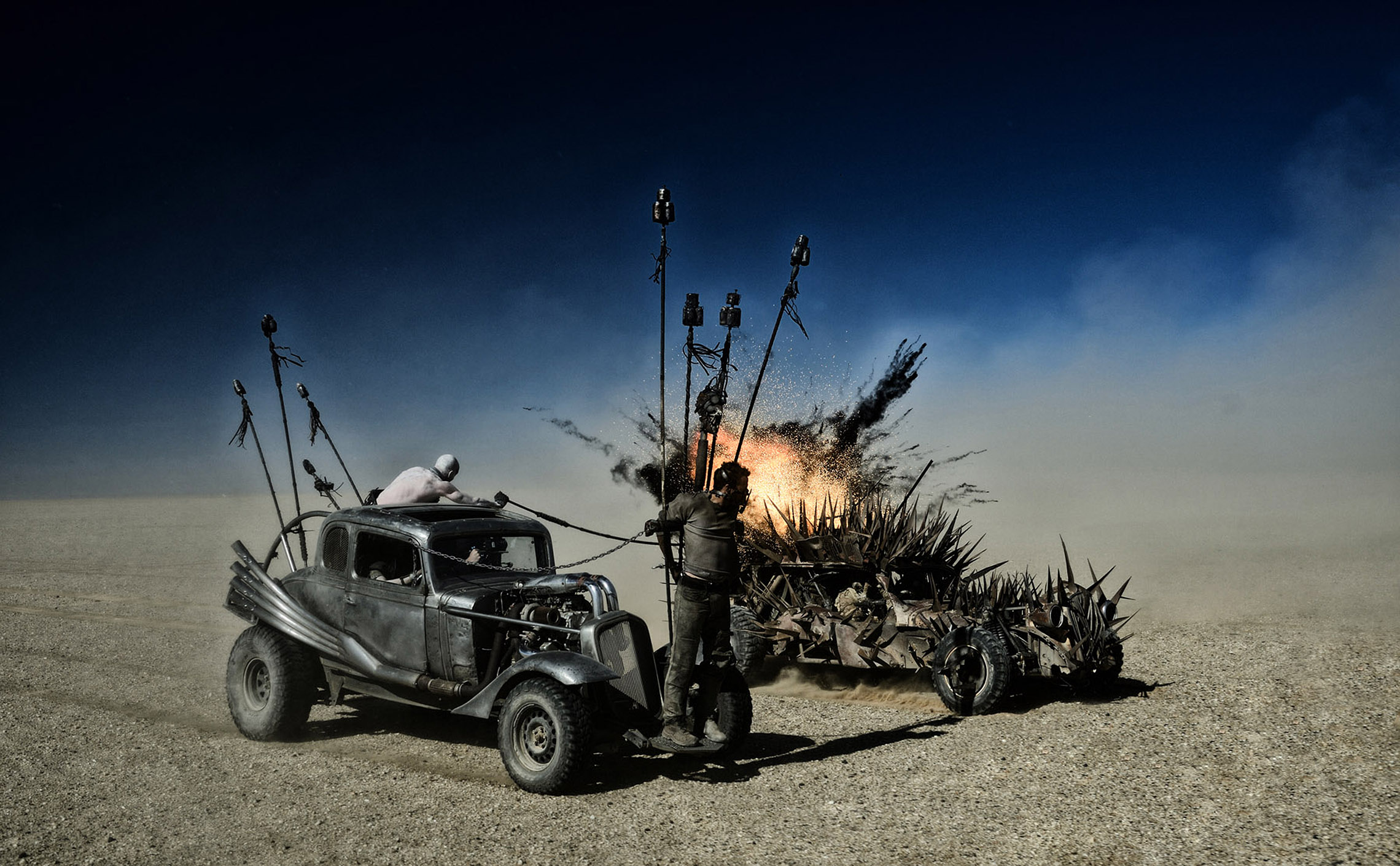 The Rock Riders’ Bomb Squad
”The idea behind the Rock Riders came from mountain goats — they live in the mountains, so they know them like a mountain goat would. We got the best motorcycle trick riders and Motocross riders in Australia and trained for several months. They had to ride a motorcycle, fly through the air, and throw a bomb at the same time, and then get ready to land. And we had four or five of them doing it all at once, so that was pretty intricate. That was really cool sequence, and I hadn’t seen motorcycles used in that way before.” 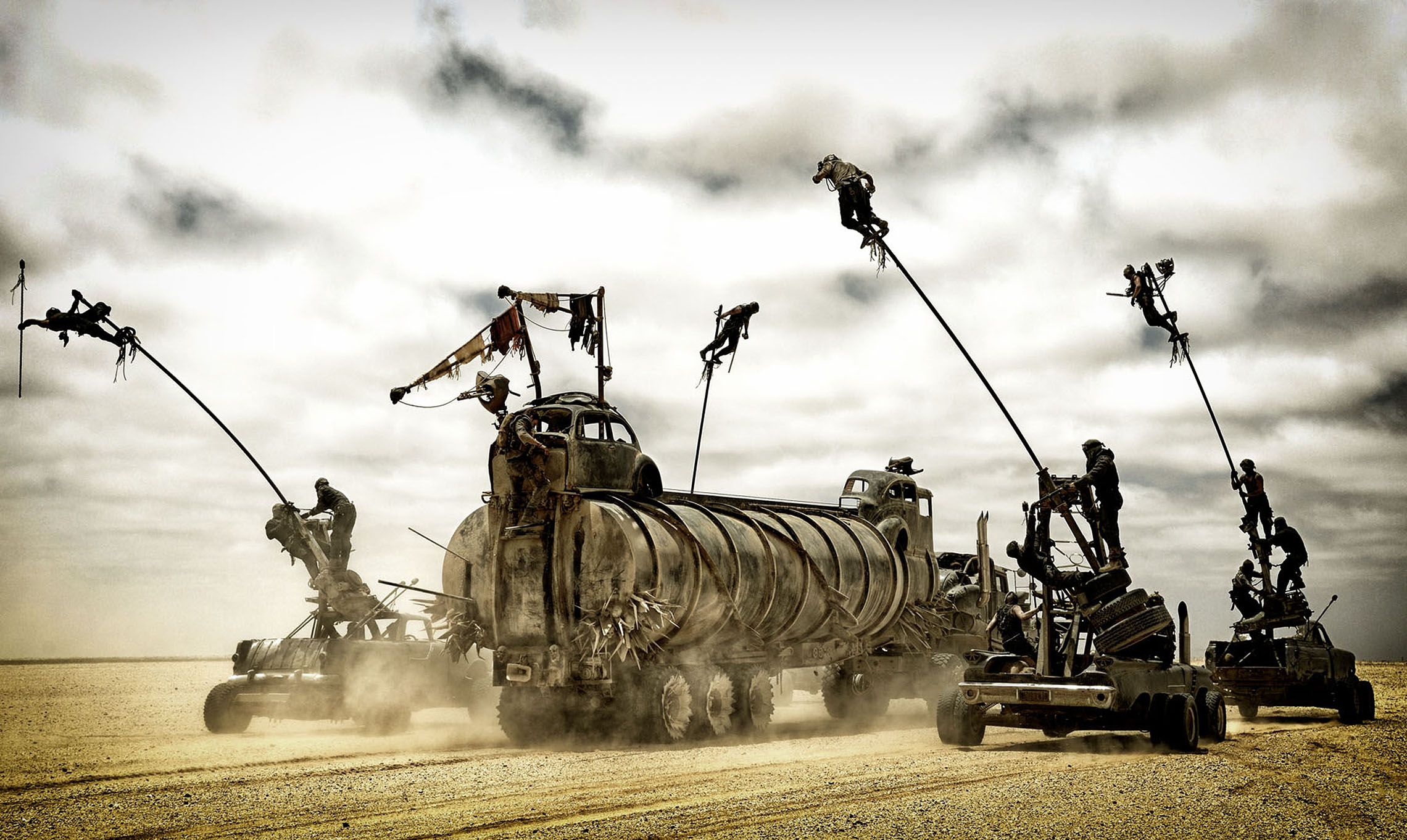 The Polecats’ Swinging Party
“The Polecats is probably my most favorite sequence. George always imagined that we would have to use CGI for safety’s sake, but it was my wish and dream that we could do that for real. A lot of effort went into training guys in Chinese pole work. Then a friend of mine who had worked for Cirque du Soleil took it a step further, heading up an eight-week training program. The real breakthrough was raising the pivot point of the pole, like with those old-fashioned desk sculptures where the duck puts his beak in the water.” 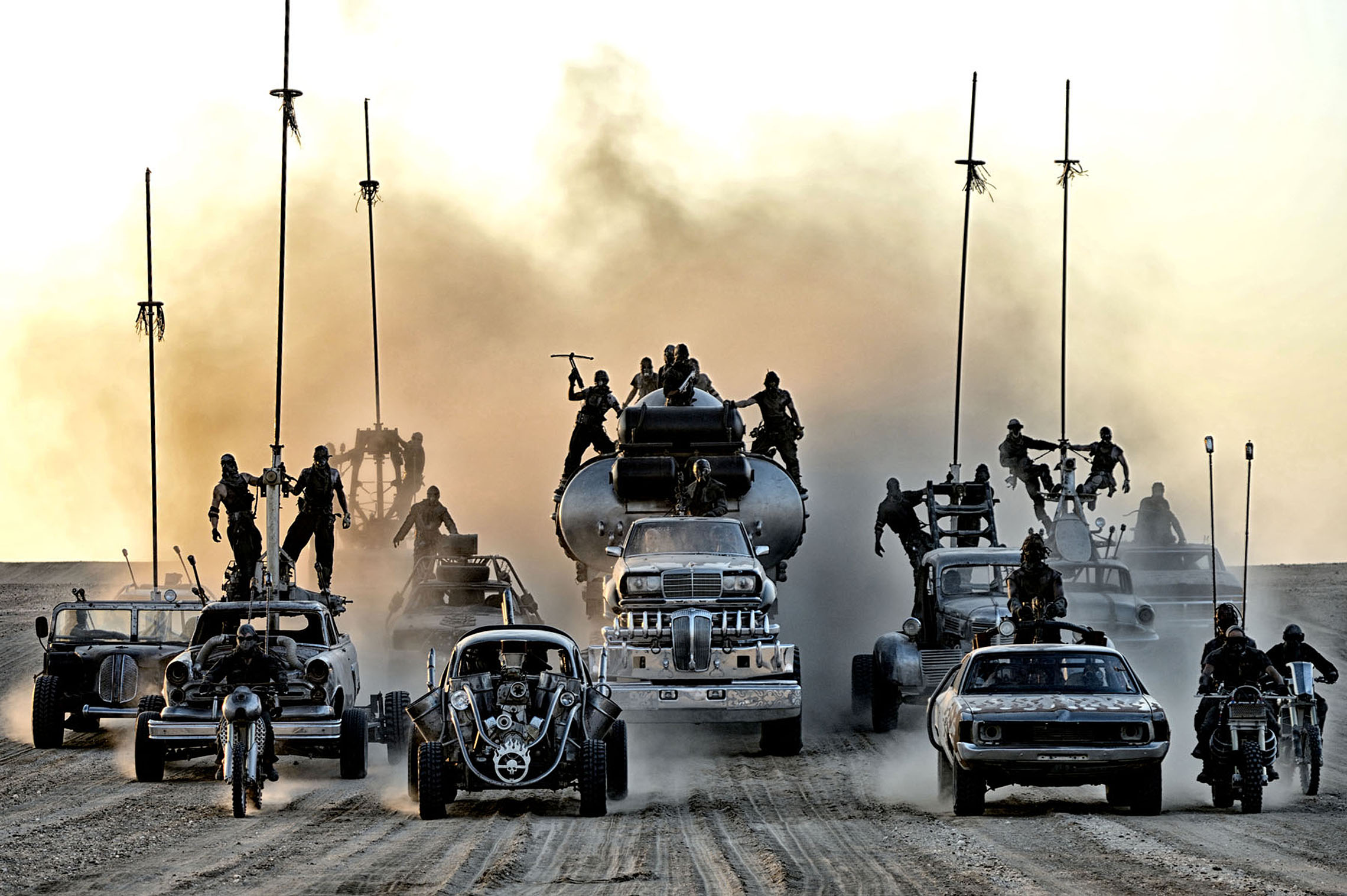 The Final Chase Sequence
“That’s what we call the ‘dancing truck sequence.’ It was all designed to keep Max and Furiosa apart for as long as possible. Every time he came close, how could we interrupt that process and have another set piece? The biggest thing to talk about here is the location. It’s difficult enough to do a chase scene with two or three normal cars on a normal street, but the incredibly flat desert that went for miles allowed us to have a whole armada of over 75 vehicles in one shot. Again, it gave us an amazing opportunity to do something that had never been done before.”