Actor, activist, celebrity, concerned environmentalist and a man willing to brave subzero temperatures and “bear attacks” for his art — Leonardo DiCaprio is all that and more, and Rolling Stone writer Stephen Rodrick spent several days getting to know the movie star for our new cover story (on stands Friday). 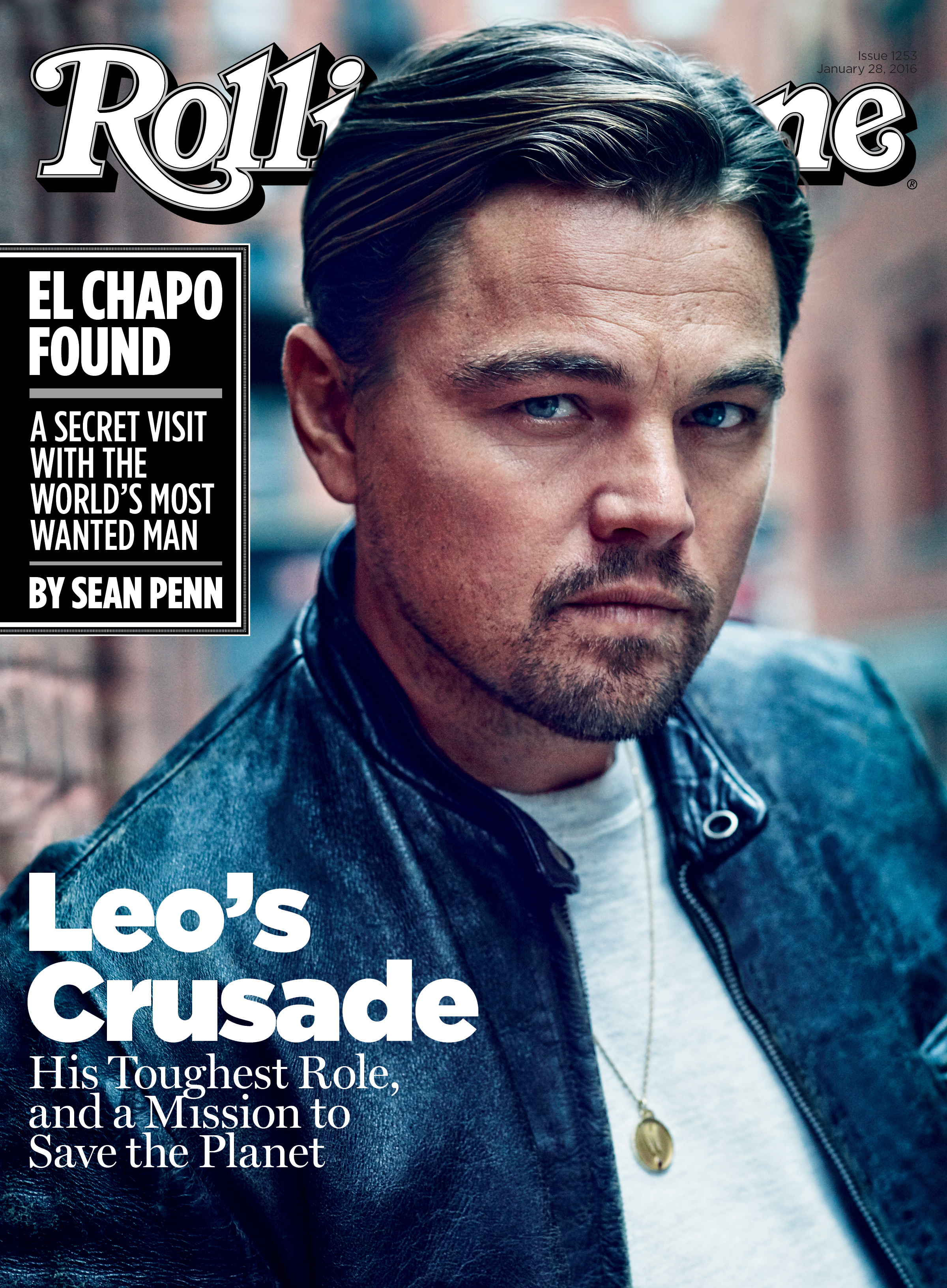 Tagging along with the 41-year-old DiCaprio in Miami Beach as he filmed sequences for an upcoming documentary on climate change, Rodrick watched as our next probable Best Actor Oscar-winner went toe-to-toe with politicians and policy wonks about the havoc we’re wreaking on our ecosphere at large. “There’s no way we’re not hypocrites about this, and there isn’t a couple of hours a day that I’m not thinking about it. The big question is, is it all too late?” DiCaprio asks.

His “obsession” with the eroding state of our big blue marble was part of the reason, the star claims, that he wanted to take on the part of a 19th-century trapper who braved the elements in director Alejandro González Iñárritu’s The Revenant. “We went with the purpose of seeing what nature was saying,” he declares, before adding that the answer he and the filmmaker got back was “this crazy, insane message that stopped production.”

Some of the highlights from this intimate cover story include:

DiCaprio had a Hieronymous Bosch painting hanging above his crib and had his share of fights as a kid.
Asked about his earliest memories, the actor remembers a painting that hung above his crib: Bosch’s infamous “Garden of Earthly Delights,” which depicts Eden being squandered away by man. “You literally see Adam and Eve being given paradise,” DiCaprio says. “Then you see in the middle [of the triptych] this overpopulation and excess … then the last panel is just a burnt-down apocalypse. That was my favorite painting.” (Again, this hung above his crib.)

He also recalls how, while growing up in a sketchy part of East Hollywood with his father, underground artist George DiCaprio, the fact that he was already a young working actor didn’t impress the bullies at his middle school. “I was a bit of a loudmouth,” he admits, “and I was in an environment where the elements aligned to have kids smack the hell outta me once in a while.”

His in-progress documentary about climate change had a colorful working title.
After talking with actor and producer Fisher Stevens about the potential for ecological catastrophe our world faces, the two decided to make a documentary about the various ways our globe is suffering and interview scientists about what we can do to stem the tide. Leo’s idea for a title, however, wasn’t exactly marquee-friendly: He wanted to call it Are We Fucked? “I’m more the light and he’s the dark,” Stevens says. “I’m always saying, ‘Don’t be so fucking pessimistic, man.'”

Edward Norton literally saved Leo’s life.
While DiCaprio and Stevens were filming in the Galapagos Islands, Leo had a bit of a close call during a scuba diving expedition when his air tank stopped working. In desperate need of oxygen, the actor began to panic before an unlikely savior came to his aid: Edward Norton, who was also diving nearby and shared his tank with DiCaprio before they both slowly swam to the surface.

DiCaprio enjoyed going dark on The Revenant — and wants to do something even darker.
For all the tabloid-like trade stories about the difficulty of filming this survivalist Western in rough, remote locales, DiCaprio claims that he felt fulfilled by the experience. And while he does not have a definite follow-up project in mind (though he has optioned an upcoming book about the Volkswagen emissions scandal), he says he “would love to do something even darker [than The Revenant]. I don’t know, like how would you penetrate the mind of somebody like Travis Bickle in Taxi Driver? There’s a word in German … schadenfreude. It means humiliation for somebody else, and it can be done in movies, like when Bickle takes [Cybill Shepherd] to the porno theater for his first date. You’re like, ‘Oh, God, please don’t do this!'”

Leo would like to start a family … maybe.
Asked whether he has time in his life for starting a family after he coos over a little girl at a restaurant, DiCaprio answers, “Do you mean do I want to bring children into a world like this? If it happens, it happens.” Then the actor takes the Fifth. “I’d prefer not to get into specifics about it, just because then it becomes something that is misquoted. But yeah. I don’t know. To articulate how I feel about it is just gonna be misunderstood.”

Also in this issue: Sean Penn interviews notorious Mexican drug lord El Chapo, Andy Greene talks to Twenty One Pilots, Jeff Goodell takes an inside look at the Paris climate deal, Neil Strauss grills Chris Carter about the return of The X-Files and Lenny Kravitz tells us the best advice he’s ever received.

Look for the issue on stands or download it on Friday, January 15th.