A year after the first look at Justice League was unveiled, the DC superheroes reunited once again at Comic-Con to premiere four more minutes of footage from the November 2017 blockbuster.

The sneak peek opens with Wonder Woman singlehandedly stopping a bank robbery before picking up where Batman v. Superman left off in the aftermath of Superman’s death.

An alien threat then arrives and attacks Wonder Woman’s native Themyscira before setting its eyes on the rest of the world, forcing the five superheroes – Gal Gadot’s Wonder Woman, Ben Affleck’s Batman, Jason Momoa’s Aquaman, Ezra Miller’s the Flash and Ray Fisher’s Cyborg – to join together to stop the invaders.

The trailer concludes with Jeremy Irons’ Alfred talking to an unseen superhero, suggesting that Superman does make an appearance in Justice League; the film’s new poster also hints at the Man of Steel’s return.

“Fueled by his restored faith in humanity and inspired by Superman’s selfless act, Bruce Wayne enlists the help of his newfound ally, Diana Prince, to face an even greater enemy,” the film’s synopsis says. “Together, Batman and Wonder Woman work quickly to find and recruit a team of metahumans to stand against this newly awakened threat. But despite the formation of this unprecedented league of heroes—Batman, Wonder Woman, Aquaman, Cyborg and The Flash—it may already be too late to save the planet from an assault of catastrophic proportions.”

The Justice League panel arrived a day after a new report speculated that Ben Affleck would abandon the Dark Knight role – and his own standalone Batman film – following Justice League. However, Affleck assured the Comic-Con crowd, “Let me be very clear: I am the luckiest guy in the world. Batman is the coolest part in the universe. I’m so thrilled to do it. It’s fucking amazing.”

Justice League is out November 17th.

In addition to the Justice League footage, DC and Warner Bros. also shared the first look at the upcoming Aquaman standalone film, although that clip wasn’t posted online. 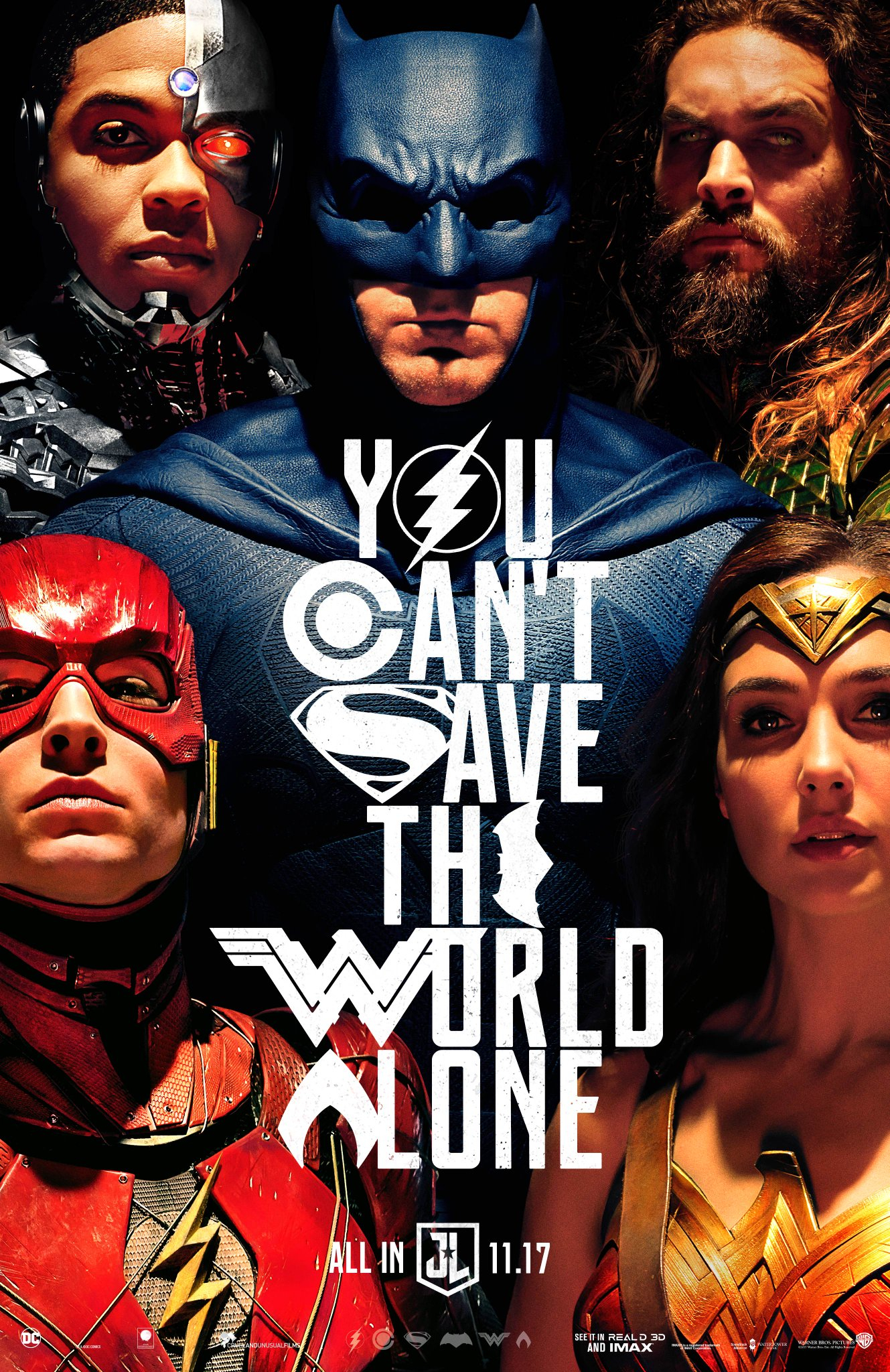