Best known for timeless hits like “I Love Rock’N’Roll,” Joan Jett is one of the greatest guitarists to have walked the earth — and she is no stranger to the silver screen. She landed her first movie role opposite Michael J. Fox in the 1987 musical drama, Light of Day, and went on to play herself in many others. In 2010 her former band of teenage drama queens, The Runaways, got the Hollywood treatment in the biopic of the same name, in which Jett was played by Kristen Stewart, co-starring Dakota Fanning as lead singer Cherie Currie. Now in her upcoming documentary, Bad Reputation, Jett airs out the good, the bad and the downright ugly of her coming of age as a young woman in rock & roll.

“You’d get spit on,” Jett explains in an exclusive clip. “I felt like I couldn’t leave the stage… The other girls got tired of it, and I don’t blame ’em. It’s just that, to me, it felt like that was what I had to do.”

Directed by Kevin Kerslake, Bad Reputation made its world premiere at the 2018 Sundance Film Festival. The film unveils archival footage from Jett’s freewheeling years as a punk, to scenes from her present day as a seasoned rock star and activist. It also features colorful commentary by Jett herself, who is joined by her trusted songwriter-producer Kenny Laguna, Billie Joe Armstrong, Debbie Harry, Iggy Pop, Pete Townshend, Miley Cyrus and more. Bad Reputation will also be available for streaming on iTunes and on Amazon Prime. 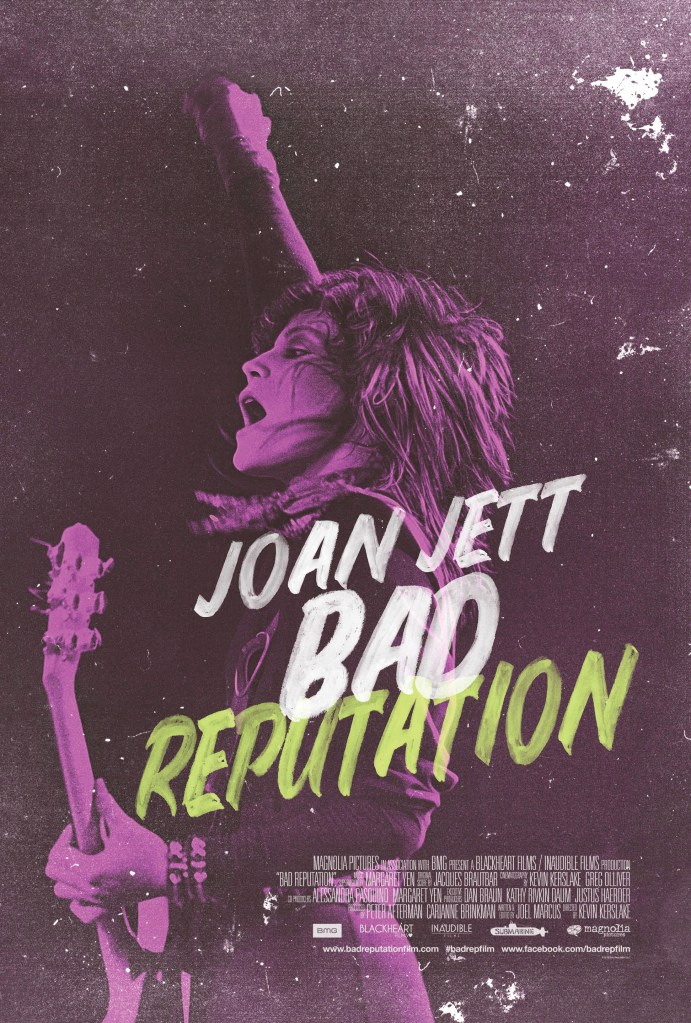 'Bad Reputation' is out in theaters September 28th