Jeff Bridges is Supposed to Be an Oscar Lock for Best Actor. But Is the Dude Unbeatable? - Rolling Stone
×
× 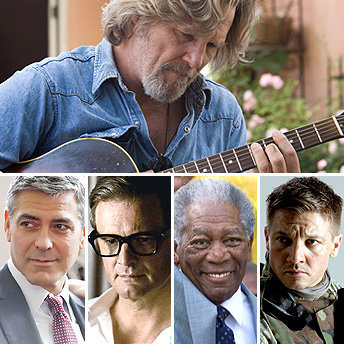 Oscar is famous for rewarding actors they’ve idiotically ignored for decades. That’s why Al Pacino wins, finally, for a swill like Scent of a Woman instead of The Godfather II, Serpico, and Dog Day Afternoon. People are putting Jeff Bridges in that same unappreciated category this year. But they’re wrong. His performance as broken-down country star Bad Blake in *Crazy Heart* ranks with his best work. Bridges himself told me he puts it in the Top 5. Still, the Academy should hide its stupid head in shame for not nominating Bridges’ career-best performance as the Dude in The Big Lebowski. They did nominate him four times: The Last Picture Show, Thunderbolt and Lightfoot, Starman and The Contender. But no Dude, and nothing to memorialize his stellar work in Fearless, The Fabulous Baker Boys, Tucker, American Heart, The Door in the Floor and The Amateurs (an unseen comedy Bridges told me he’d like to rescue from DVD obscurity). Hell, maybe Bridges really is that unappreciated. Here’s the man himself talking to me on my ABC News NOW show, Popcorn.

OK then, so who could beat Bridges? George Clooney has a lot of Academy support for his role as the gladiator of job termination in *Up in the Air*. And don’t tell me he’s just playing his usually charming self. See the movie again and this time pay attention.

Travers Vs. Travers: Should Indies or Blockbusters Win at the 2010 Oscars?

Colin Firth is nominated (and won the British Oscar) for Tom Ford’s *A Single Man*, playing a gay Brit expat teacher at a Los Angeles college who plans on suicide to end his pain over the death of his lover. It’s the performance of his career to date.

Morgan Freeman is nominated for *Invictus* in a role he seems born to play, South Africa’s President Nelson Mandela. Freeman never delivers a false note. Even when Anthony Peckham’s script nudges him into sainthood, Freeman lets us see the wily politician percolating underneath Mandela’s calm surface.

Jeremy Renner, the newbie in the bunch, is also the bruised heart and soul of *The Hurt Locker*, a bomb-disposal soldier director Kathryn Bigelow lets us live with and ultimately understand. I think over the years audiences will come to appreciate Renner’s performance even more. Here’s a section of my TV interview with Renner.

And what about the actors who were Oscar snubbed this year? Sharlto Copely in *District 9*, Sam Rockwell in *Moon*, Michael Stuhlbarg in *A Serious Man*, Joseph Gordon-Levitt in *(500) Days of Summer* and Adam Sandler, criminally underrated in *Funny People*.

Do any of these actors deserve to beat Bridges at his quietly brilliant game? While you’re mulling over the question, here’s Bridges singing “The Weary Kind” (Oscar’s favorite for Best Song) from *Crazy Heart*. It ties this whole blog post together. Gotta love this guy.

More on the 2010 Oscars:
Download Peter’s Oscar ballot (complete with his picks) and enter to win the Best DVDs of 2009: