“When you’re famous, everybody wants to screw ya.” So sayeth Vic Edwards, the faded screen idol portrayed by Burt Reynolds in Adam Rifkin’s The Last Movie Star. This former sex symbol has long since passed the “everybody wants to screw ya” stage, his body forever wracked by too many film stunts and eyebrows perpetually levitated from too many facelifts. He spends much of his time bemoaning the wreckage of his life and career, both of which went off the rails decades ago due to a series of poor decisions. “Bad choices, bad choices,” Edwards mutters resignedly. “Pacino, De Niro, Brando – they picked the right ones.”

Though the character might be a few years older (and considerably more Jewish) than the actual Reynolds, the Seventies star essentially plays himself in The Last Movie Star – and it’s not a coincidence. Rifkin wrote the movie as both a tribute to and a showcase for a man who was once the world’s biggest box-office draw, and whose own “bad choices” are listed plentifully at IMDB.com. But in a role where he could have easily just shown up and mugged his way through the film, Reynolds delivers an ornery, multi-layered and deeply affecting performance, one which leaves the rest of the film in the dust like it was Sheriff Buford T. Justice trailing Bo “Bandit” Darville’s 1977 Pontiac Trans-Am.

It shouldn’t be surprising that Reynolds can still hit the gas like this; he’s always had this kind of horsepower under his hood. But decades of forgettable roles in even more forgettable films (including ones with such unfortunately apt titles as Forget About It, A Bunch of Amateurs and Not Another Not Another Movie) have largely obscured his brilliance as an actor – which, to be fair, was already partially obscured by many of his biggest box-office successes and considerable screen charisma.

Sure, Redford, De Niro, Pacino and Eastwood were all incredible male leads ands versatile performers. But it was Burt Reynolds who owned the Seventies and early Eighties as a genuine movie star. Having spent the previous decade putting food on the table via stuntman gigs and occasional roles in for-hire horse operas like Navajo Joe and 100 Rifles, Reynolds broke through to Hollywood stardom with a solid A-list run: Deliverance (1972), White Lightning (1973, and his first of many films about good ol’ boys in fast cars) and The Longest Yard (1974). By 1977, he had become the biggest name in Tinsel Town – that year’s Smokey and the Bandit out-grossed Close Encounters of the Third Kind and Saturday Night Fever – a distinction he would more or less hold through his role in 1982’s The Best Little Whorehouse in Texas. 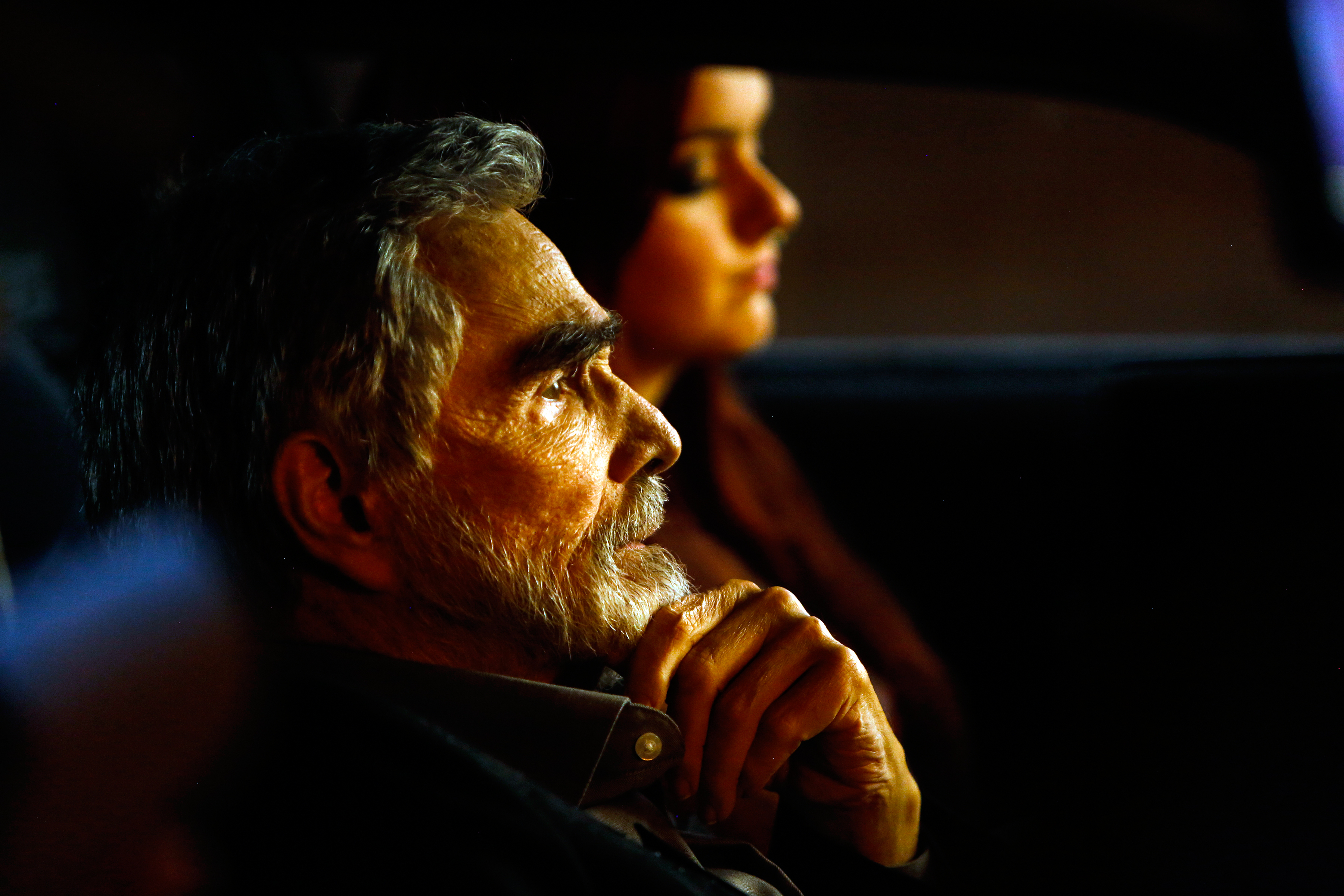 But even at the height of his fame, Reynolds was never really taken
seriously as an actor. Part of the problem, perhaps, was that he was so
damned good-looking. His ever-present hairpiece notwithstanding, he was
the pretty much the definition of masculine beauty, Seventies-style –
built like the former football halfback that he was, and typically
sporting a thick mustache and a shirt that never just had one button
undone when three would do. Reynolds was lusted after by countless women
and men around the globe; Freddie Mercury reportedly considered him his
dream-date. He was paired onscreen with some of the era’s hottest
leading ladies, ranging from Raquel Welch and Angie Dickinson to
Catherine Deneuve and Lauren Hutton, and no suspension of disbelief was
ever required on that score.

Reynolds wasn’t just mere beefcake, however. He could be intensely intimidating, like Deliverance‘s bow-hunting alpha-male Lewis Medlock; rakishly charming, like Walker, the Depression-era smuggler in Lucky Lady (1975); or believable as a cop hardened by having seen too much, like Phil Gaines in Hustle (also ’75) or Tom Sharky in the highly underrated thriller Sharky’s Machine (1981; he also directed it). He was completely convincing as The Longest Yard‘s conflicted Paul “Wrecking” Crewe, a disgraced former pro football player doing time in a Georgia prison. And he did “down-to-earth” Southern charm so well that he convinced an entire generation of moviegoers that he was actually a good ol’ boy like the ones he played in Gator (1976), Hooper (1978) and, of course, the first two Smokey and the Bandit films.

Nobody had more onscreen or offscreen swagger in his stride or a more knowing twinkle in his eye. He was Cary Grant crossed with Tom Jones – funny, sharp, self-aware and surprisingly unpretentious. He seemed just as happy yukking it up with Johnny Carson on The Tonight Show – or making goofy cameos in Mel Brooks’ Silent Movie and Woody Allen’s Everything You Always Wanted to Know About Sex (But Were Afraid to Ask), the latter of which saw him playing the role of Sperm Switchboard Chief – as he was being a matinee idol. There was no method-actor angst about Reynolds. He made it all look so easy, and so very much fun.

And maybe his natural inclination towards fun was part of the problem. Even in his prime, well before all the Cannonball Runs and Stroker Aces and Rent-a-Cops began piling up like a trash strike, he paid scant attention to “building his brand” as a serious actor. The man preferred instead to do whatever happened to strike his fancy at the time. His nude centerfold in the April 1972 issue of Cosmopolitan (which makes an amusing appearance in The Last Movie Star) was a major pop-culture moment, one which solidified him as a silver screen heartthrob; it also punctured his chances of ever being taken seriously in Hollywood. Ditto for Ask Me What I Am, the congenial-but-slight 1973 country album he cut with schlock-pop singer Bobby Goldsboro as his producer, or Burt’s Place, the Atlanta restaurant and nightclub he opened in the late Seventies. (How cheesy was it? The joint had a light-up disco dance floor featuring a cartoon caricature of his mustachioed face.) And for all of its box-office success and -ain’t-we-stinkers? outtakes, the largely-improvised Smokey and the Bandit would paint Reynolds into a difficult corner. Increasingly, audiences (and producers) just wanted to see him in the sort of films where action and car crashes substituted for character development.

Which is why his Golden Globe-winning, Oscar-nominated supporting turn as Jack Horner, the big-hearted porno-set papa-bear director of Boogie Nights, came as such a revelation in 1997: We’d all forgotten that Burt Reynolds could really act. But even then, his Vic Edwards-like knack for making “bad choices” snatched defeat from the jaws of victory; he fired his agent after seeing a rough cut of the film, and hated working with Paul Thomas Anderson so much that he turned the young director down when he was offered a role in Magnolia. So instead of capitalizing on the momentum from Boogie Nights, it was back to the direct-to-video salt mines …

Now, thanks to Rifkin, Reynolds is back with what’s arguably his best performance since Boogie Nights. Who knows what The Last Movie Star will mean for Reynolds in this Lion-in-Winter stage of his career: a fresh start? A swan song? But it should, at the very least, trigger a welcome reassessment of his filmography. Go back and watch him in Deliverance, The Longest Yard, Hustle, Sharky’s Machine or the original Smokey and the Bandit, and treat yourself to the deceptively simple pleasures of a classic Burt Reynolds performance. It’s always good to be reminded that, even in an era overrun by Easy Riders and Raging Bulls, there was still one honest-to-goodness movie star walking the Earth.