Hold on to your pool chairs: All three of Penelope Spheeris’ entertaining, heartbreaking and iconic Decline of Western Civilization documentaries are officially coming to Blu-ray and DVD for the first time in a deluxe box set on June 30th. Shout! Factory will release the four-disc anthology chronicling L.A.’s hardcore punk, hair-metal and gutter-punk phenomena with a 40-page book, extended interviews and a new commentary track by Dave Grohl. Each film has also been given a 2K high-definition restoration, which Spheeris supervised.

“I am so grateful to the fans of these films, and the bands that appeared in them, for their loyalty and patience,” Spheeris, whose directorial credits also include Wayne’s World and Black Sheep, said in a statement. “This is my life’s work, and I like to think that when I go to my grave, The Decline is what I’ll be remembered for.”

The original Decline of Western Civilization came out in 1980 and shined a light on Los Angeles’ nascent hardcore-punk scene, including performances and interviews with Black Flag, X, Circle Jerks, Fear and the Germs, among many others. It captured the intensity of the bands during that period – at a time when Black Flag shows were protested by police – and when it got its premiere at a midnight screening, 300 policemen arrived to quell the thousands-strong crowd. 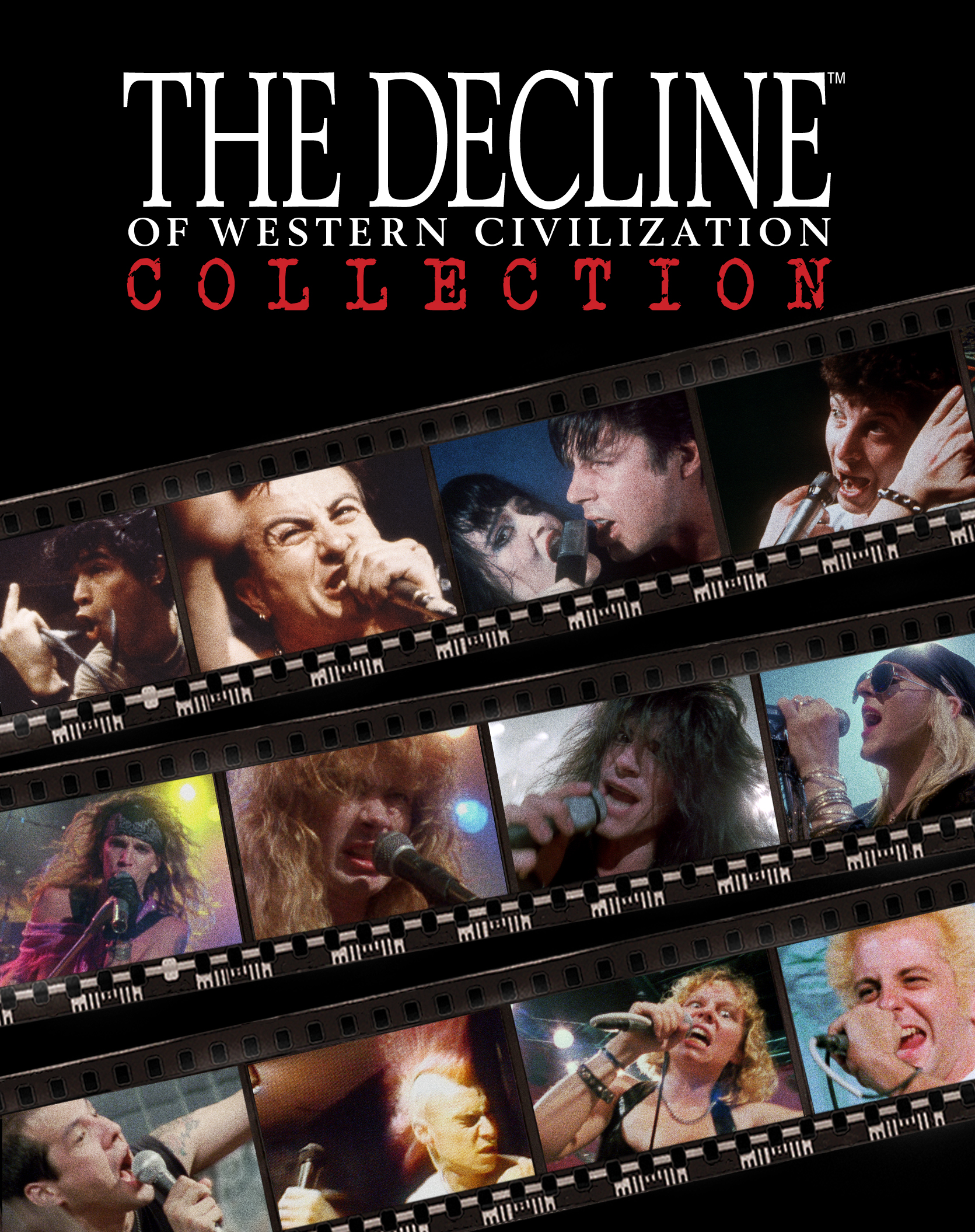 Its follow-up film – The Decline of Western Civilization Part II: The Metal Years – came eight years later at the height of Los Angeles’ Sunset Strip metal scene, giving a similar treatment to the likes of glam-metal stars Poison and Faster Pussycat, as well as harder-edged artists like Megadeth and Motörhead and hard-rock veterans such as Alice Cooper, Kiss and Aerosmith. It contained memorable scenes of W.A.S.P. guitarist Chris Holmes floating in his mother’s pool while getting drunk and Ozzy Osbourne cooking bacon in a leopard-print robe.

Spheeris then returned a decade later with 1998’s The Decline of Western Civilization Part III, which focused on the tragic lives of homeless gutter punks in the city and contained performances by Naked Aggression and Final Conflict. The movie has never been available on home video. The experience of making the film prompted the director to become a foster parent.

The bonus materials for the Decline films also include interviews with Spheeris by KNAC’s Tawn Mastery and the Academy Film Archive’s Mark Toscano, never-before-seen footage, performances and interviews, the original trailers and an essay by Domenic Priore, who wrote the 2007 book Riot on Sunset Strip.