In 1974, the Chilean-born filmmaker Alejandro Jodorowsky was coming off the dual successes of his films El Topo and The Holy Mountain. The former, a violent Spaghetti Western, pioneered the concept of the midnight movie in the U.S.; the latter was a surreal tale full of tarot-card imagery that was a huge box office hit in Europe. (Deacdes later, Kanye West would claim The Holy Mountain was the inspiration for the look of his Yeezus tour.) Sensing that Jodorowsky was not just an artist but a visionary, French producer and oil heir Michel Seydoux connected with the director and offered him carte blanche in terms of  picking his next project. “I could have easily said Don Quixote, or Hamlet,” the director recalls now. “But I say Dune.”

Though Jodorowsky hadn’t read Frank Herbert’s immense sci-fi novel, he had heard from friends that it was amazing. More importantly, its story of faraway worlds, messiah figures and a “spice” that caused transcendental head trips suggested that he’d found a story that was big enough to match his insanely high ambitions. “I wanted to make something sacred…the coming of an artistic, cinematographical god,” Jodorowsky said, referring to the never-completed movie that would become his obsession and, eventually, one of the most (in)famous aborted film projects ever. “I wanted to create a prophet.”

For decades, the Jodorowsky’s attempt to film the cult novel was the stuff of cinephile lore – a crazy myth about a crazy idea. Now, in Frank Pavich’s new documentary Jodorowsky’s Dune, the filmmaker and his key collaborators describe how close they came to realizing this vision – and how groundbreaking it would have been. “It would have been bigger than 2001,” is how artist and designer Chris Foss describes it, while director Nicolas Winding Refn (Drive) wonders just how different the industry might have been had Dune come out in place of another movie about cosmic heroes and villians: Star Wars. 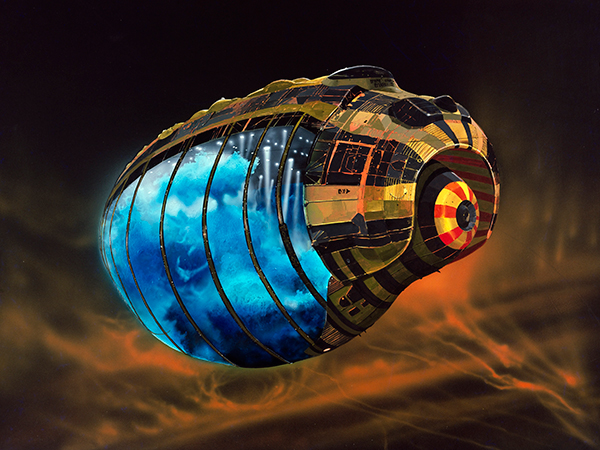 Pavich’s film recounts how, holed up in a castle that Seydoux had rented, Jodorowsky set about translating Herbert’s novel (a work which he likened to Proust) into a visual experience. An environmental sci-fi epic about resource wars involving a precious commodity known as melange, the book was philosophical and dense; the film would be head-trippy, mind-expanding. It would open with a tracking shot that would traverse galaxies, and feature sets and costumes that looked like nothing anyone had ever seen before. “I wanted to make a film that gave the people who took LSD at that time the hallucinations that you get with that drug, but without hallucinating,” Jodorowsky explains in the documentary.

The writer-director seemed to be curiously blessed as he went about assembling his team (or, as he likes to call them, his “spiritual warriors”). One day he saw a comic book drawn by Jean “Moebius” Giraud and immediately knew he wanted the artist to help design his film. Jodorowsky then walked into his own publicity agent’s office – and found Moebius sitting there, just by chance. He enlisted Orson Welles and David Carradine for key parts, and almost got Salvador Dalí, who asked for $100,000 an hour; for the film’s heavy, he tracked down Mick Jagger, who agreed to play the role on the spot. He hired future Alien and Total Recall screenwriter Dan O’Bannon to collaborate on special effects and Swiss artist H.R. Giger to design sets. Pink Floyd had signed on to do some of the music. 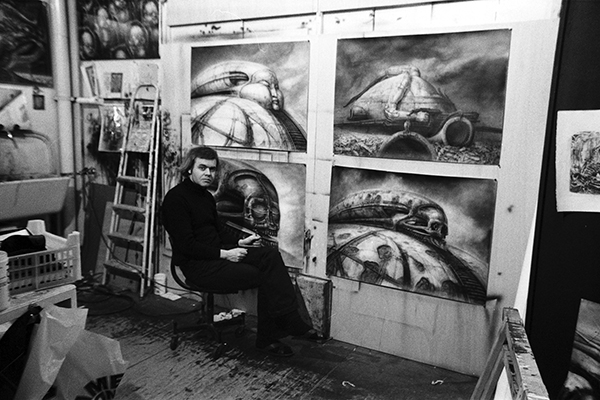 Then, just weeks before sets were to be built, the production collapsed. Heartbroken, Seydoux and Jodorowsky went their separate ways. A film version of Dune was eventually made in 1984, directed by David Lynch — which flopped mightily. (In the documentary, Jodorowsky admits he was elated upon seeing that Lynch’s version was terrible.)

When Pavich first approached Jodorowsky about chronicling the attempt to make Dune, the older filmmaker told him he needed to contact Seydoux:  “Michel has the artwork, and without artwork, there’s no film,” Jodorowsky said, before adding “I don’t think Michel likes me very much.” The two hadn’t spoken in three decades. Then Pavich went to Seydoux’s office, and according to the documentarian, “in the main entryway there were two original pieces of Dune art. In the conference room, there were two more, as well as a special Holy Mountain poster, completely hand drawn by Alejandro.” The producer was not only not angry at Jodorowsky, he was effectively living with the filmmaker’s work every day. “It had been the most important project of Seydoux’s career,” Pavich says. “And when I told him the idea, he was like a little kid. He told me, ‘Everything is yours. Let’s tell this story.'”

Indeed, Pavich found that all of Jodorowsky’s surviving collaborators on the Dune project were eager to talk about their experiences working on the greatest film never made. But the real challenge was making the Dune project come alive for viewers. “I knew going into it that they had never shot any footage,” Pavich says. “How do we tell the story when there’s nothing to see?” So, he had the idea of having animator Syd Garon animating some of Jodorowsky and Giraud’s storyboards (collected in a intimidatingly thick book that the Chilean filmmaker had used to pitch to his $9.5 million pet project back in the day) in order to give a sense of what their film version of Dune might have looked like. “I immediately knew [Syd] was one of my spiritual warriors,” Pavich says. “We wanted to keep the style simple – it was really about Jodorowsky’s vision, not about us CGI-ing it. The viewer’s imagination could do the rest.”

Jodorowsky’s Dune certainly details a tragedy, but Pavich managed to give it a happy ending nevertheless. He convincingly demonstrates all the ways in which Jodorowsky’s vision may have directly influenced many other films that did get made – including Alien (on which Giger, O’Bannon, and Foss collaborated), Star Wars, Flash Gordon, and The Terminator. Jodorowsky had wanted to make “a prophet,” and in some ways he had: Like a prophet, his film had to be sacrificed so that those other films could be made.

But perhaps the most rewarding aspect of the Dune journey has yet come out. After meeting Seydoux, Pavich decided to get the director and his onetime producer back together; as they reconnected, Seydoux asked Jodorowsky, ‘What are you working on?’ Jodorowsky told him the story of a new, autobiographical film he was trying to make called La Danza de la Realidad (Dance of Reality), a surreal account of his childhood growing up in a small town in Chile. Seydoux agreed to produce it on the spot. Jodorowsky’s Dune will never see the light of day. But Jodorowsky’s Dance of Reality, his first film in 24 years, premiered at Cannes last year. It opens theatrically in May.