The makers of the Warcraft movie did everything right. They tapped a video game universe with an immense collection of lore and backstories as source material. Director Duncan Jones had indie cred, a commercial and critical hit in Source Code, and a verifiable history of love for the games he was drawing from. His actors were intriguing performers who had shown great potential in other roles. Dean Redman, who plays Varis, said Jones helped the actors see their characters’ motivations and goals, and then gave them the freedom to express it in the best possible way. The film used special effects juggernaut Industrial Light & Magic to create its fantasy, and the results were, in fact, magical: the animation of its orcs and gryphons, the hazy tendrils of light cast by its spells, all dazzle.

But the end result was not a glittering shower of critical acclaim. Rather, reviews have globally panned the film, which drew just $24.1 million in U.S. ticket sales during its opening weekend. Given that it’s breaking records overseas – most notably in China, where it grossed $156 million in five days alone – a sequel still seems possible. But at press time, Warcraft has a 30% Rotten Tomatoes score, a splat on anyone’s scale.

So if the makers of Warcraft got everything right, how did the reviews go so wrong – and why haven’t we had a critically acclaimed video game movie yet? The answer may lie in the single most important character any video game film has yet to cast: you, the player.

Duncan Jones, in his gentle manner, suggests that critics perhaps weren’t open to the narrative structure he chose, which casts both sides of the humans-versus-orcs conflict as sympathetic. That approach is core to the Warcraft games, where players must feel some kinship with the characters they play on both sides of the divide.

“I was playing this game since the first week it came out,” he said, describing it as a “big, epic world.”

“I would be devastated if the fans didn’t like it,” he said. “But the fans do love it. People who are open to it have loved it as well.”

That commitment to fan service is evident in every scene. The film faithfully reproduces settings, creatures, spells, dialogue and designs from the games in a way that mesmerises true believers, essentially creating the world’s longest, most beautiful, best-acted World of Warcraft cinematic.

The film’s producers were keeping an eye on the grosses at the premiere, but seemed generally upbeat.

“We made a movie for the fans,” producer Stuart Fenegan said. He and Jones collaborated on Source Code before diving into orc mythology. The pair head to Berlin next to film their sci-fi version of Casablanca, called Mute. “Duncan and I are fans ourselves. The fan response has been huge, and that is the most important thing.”

Blizzard’s executives were clearly floating during the premiere, and their employees described the event as a surreal experience. Two of the company’s founders paused to chat on the black carpet about the night.

“I imagined the carpet would be red,” Blizzard co-founder Frank Pearce remarked.

“I figured we’d be sitting in the theater by now,” said president Mike Morhaime.

But both said they were happy with the results. The film has played well among fans, and that’s what matters, Pearce said. “That’s who this movie was made for.”

“People need to be open to the fact that it’s a unique world,” producer Alex Gartner said. “We need to do it justice.”

“But it’s important that you can enjoy this world whether you play it or not,” producer Charles Roven interjected. He said for a sequel to happen, “Things have to go well.”

“But it would be a pleasure,” Gartner said.

At least one high-powered fan was in attendance at the premiere: actress Jamie Lee Curtis showed off a green-skinned shaman cosplay on the carpet, accompanied by her son Tom Guest. 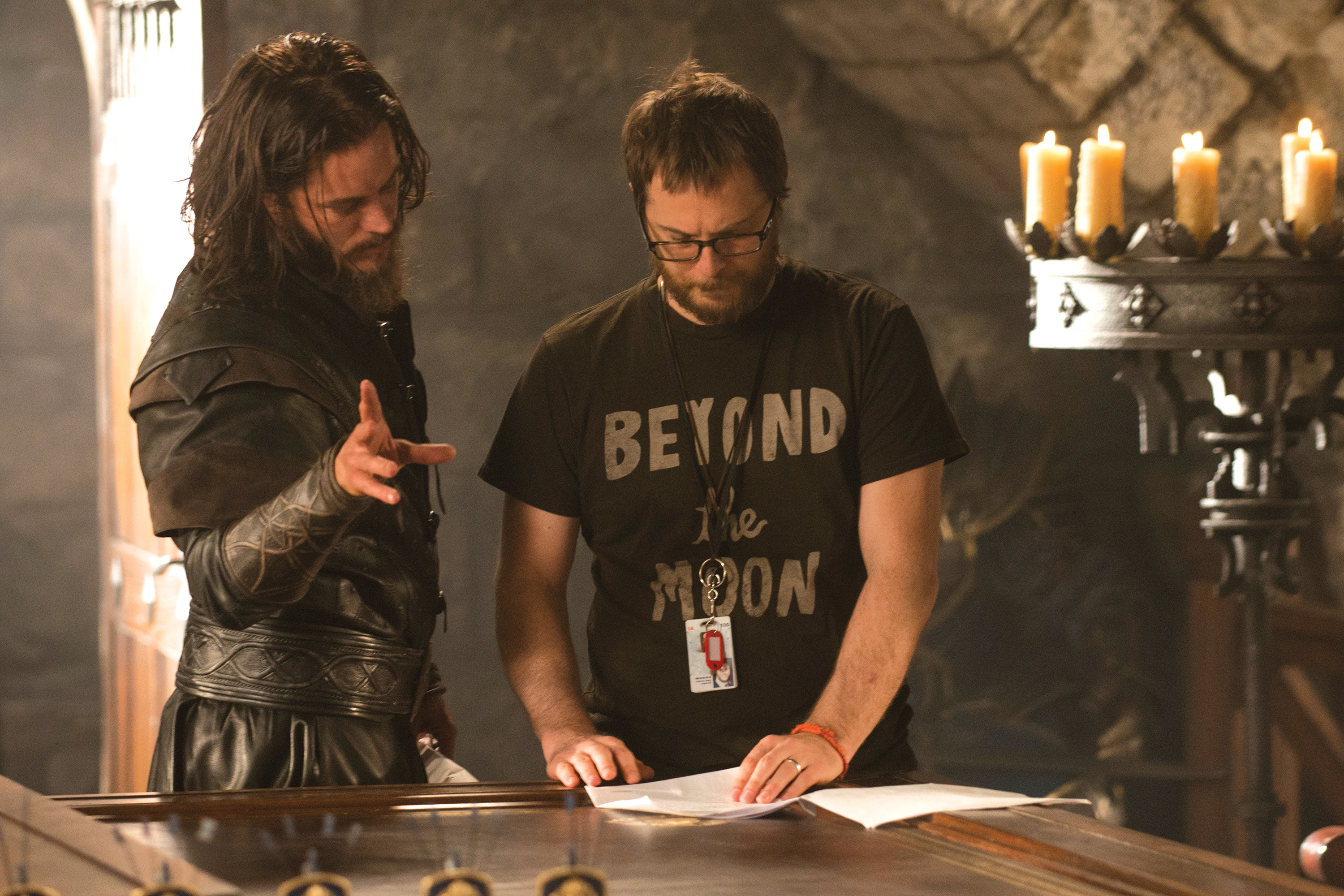 “I’m the mom of a WoW fan and it’s been a pleasure to get acquainted with the game,” she said. They’ve attended Warcraft events before, with Curtis typically wearing a full facemask to avoid identification. “It’s opened a world to people that they didn’t have before. It’s filled with layer upon layer. I enjoy the pull of the group of people coming together.”

That source of Warcraft‘s success as a game may be the root cause of Warcraft the movie’s critical failure. The games are designed to be narrative shells, offering a multitude of stories taking place around the player, all given roughly equal weight – because the hero is you, the lead character. You provide the arc, and it’s your character’s journey that links all those disparate stories and personalities.

Warcraft may have well-rendered and often well-acted orcs and elves and powerful mages. But it lacks the magic of Lord of the Rings because the latter film never forgot that, despite all the incredible people and stories and spells the books had to offer, at its heart it was the tale of one heroic Hobbit on a perilous journey with his friends.

The original script by Chuck Leavitt did just that, making legendary mage Khadgar the man to tie the story together.

“I think that script got us a director,” said James Waugh, Blizzard’s director of story and creative development.

I would have paid good money to see that film, or even that script, despite spending more than a decade playing orcs in WoW. Not just because it would have meant more screen time for the criminally under-credited Ben Schnetzer, who lit up every scene he was in as the young mage and appeared to have the ability to carry the film. (“It was an amazing world to dive into,” Schnetzer said.)

But that script might have given us all someone to root for, the pseudo-player in the film, someone to tie the tragic and dramatic tales together into a single soul.

Instead, Jones and the writers made the call to elevate the charismatic orc Durotan to equal standing – and in truth, some of the best writing, acting and emotion in the movie are now in Toby Kebbell’s scenes. That might’ve still worked, in a Longest Day-style depiction of both sides of a conflict, had the film limited its focus to those two men.

Waugh said Blizzard was 100 percent behind Jones in the change, and the studio execs at Legendary agreed.

“I was incredibly lucky that the studio liked my idea early on, to spend equal time with the humans and the orcs,” Jones said. It’s a challenge both from a storytelling perspective and a technical one, he said, since the camera had to focus on the orcish CG for 15 minutes at a time.

“I don’t judge the characters I play,” he explained. “No matter what character I play, whether it be a pickle farmer [or] a character based on a video game, I try to find how their journey is my journey. I personalize my own flaws, learning, growth, and mistakes into the character’s arc.”

“The lore of the games has quite a number of characters in it,” Jones said. “We had to keep as many as we could.”

If Warcraft does earn itself a sequel – and as a player, I hope it does – Jones should pick a single story from its expansive canon and trust his own ability to portray both sides sympathetically without spreading the narrative between a dozen voices clamoring for attention.

He had all the pieces to make Warcraft a success both critically and commercially; all he needed was to allow us a single character through which to vicariously inhabit the universe he created. The day that happens, in any video game film, may be the day the curse is finally broken.