How 'The Rock' Turned Back into Dwayne Johnson - Rolling Stone
×
×

In 2007, director Richard Kelly released a follow-up to his metaphysical head-scratcher/late-bloomer cult classic Donnie Darko — a paranoid satire titled Southland Tales that was so weird and staggeringly dense that it made his previous film look like a sitcom. The plot, if you can call it that, involved an energy crisis, the ongoing War on Terror and an impromptu sing-along of the Killers’ “All These Things That I’ve Done”; the cast included several Saturday Night Live alumni, Justin Timberlake, a spit-curled Wallace Shawn, and Kevin Smith playing, naturally, a wizard.

Dwayne Johnson: The Rock in a Hard Place

How 'Fast & Furious' Took Over the World

Watching Dwayne “The Rock” Johnson — the originator of the People’s Elbow — flutter his fingers with nervousness at the first sign of danger struck a surreal contrast with his macho-man public persona. Among the tangled mythologizing, governmental surveillance conspiracy theorizing, and impromptu musical numbers, here was an actor learning just how wide his range really was. A film seen by few and enjoyed by even fewer marked the beginning of Johnson’s transition from another meatheaded action star into a routinely game performer whose overflowing charisma and hulking physique have catapulted him to mainstream stardom. Two men entered Southland Tales: Dwayne Johnson, and the larger-than-life character known as The Rock. One man, reinvented as a versatile character actor with a leading actor’s rippling musculature, left and never looked back.

The foundation for Johnson’s professional reinvention comes from his days in the squared circle. The WWE knows it, the fans know it, John Darnielle knows it: Wrestling is more performance than sport. The Samoan muscleman Rocky Maivia emphatically played the roles he was assigned, vacillating between the heroic and the villainous as he transitioned into the Rock after about a year with the former WWF. He’d later annoint himself with a nickname even more suited to his talents; that we have collectively stopped referring to Johnson as “The People’s Champion” is an unforgivable waste of a great title. Because whether he was riling up the fans as a heel or basking in their adoration as a face, the Rock was always committed to giving the people exactly what they want.

Even in his earliest roles, Johnson had fashioned himself as a populist movie star, a figure who genuinely appears to love what he does. All the evidence of his crowd-pleasing drive is right there in his big debut, the Mummy spinoff The Scorpion King (2002). When the script permits him to speak — he mostly sticks to punching, kicking, and general tackling — the actor infuses every silly line with the urgency of a diagnosis. (“I’ve come for the woman … and your head.“) Even if the material isn’t believable, Johnson seemed so personally invested in cinematic cheese like this that he made the audience want to play along. If he was going to bring his all to a generic spinoff of a generic spinoff, or the ludicrous Doom video-game adaptation, or the other duds that litter his early filmography, the least we could do was meet him halfway. 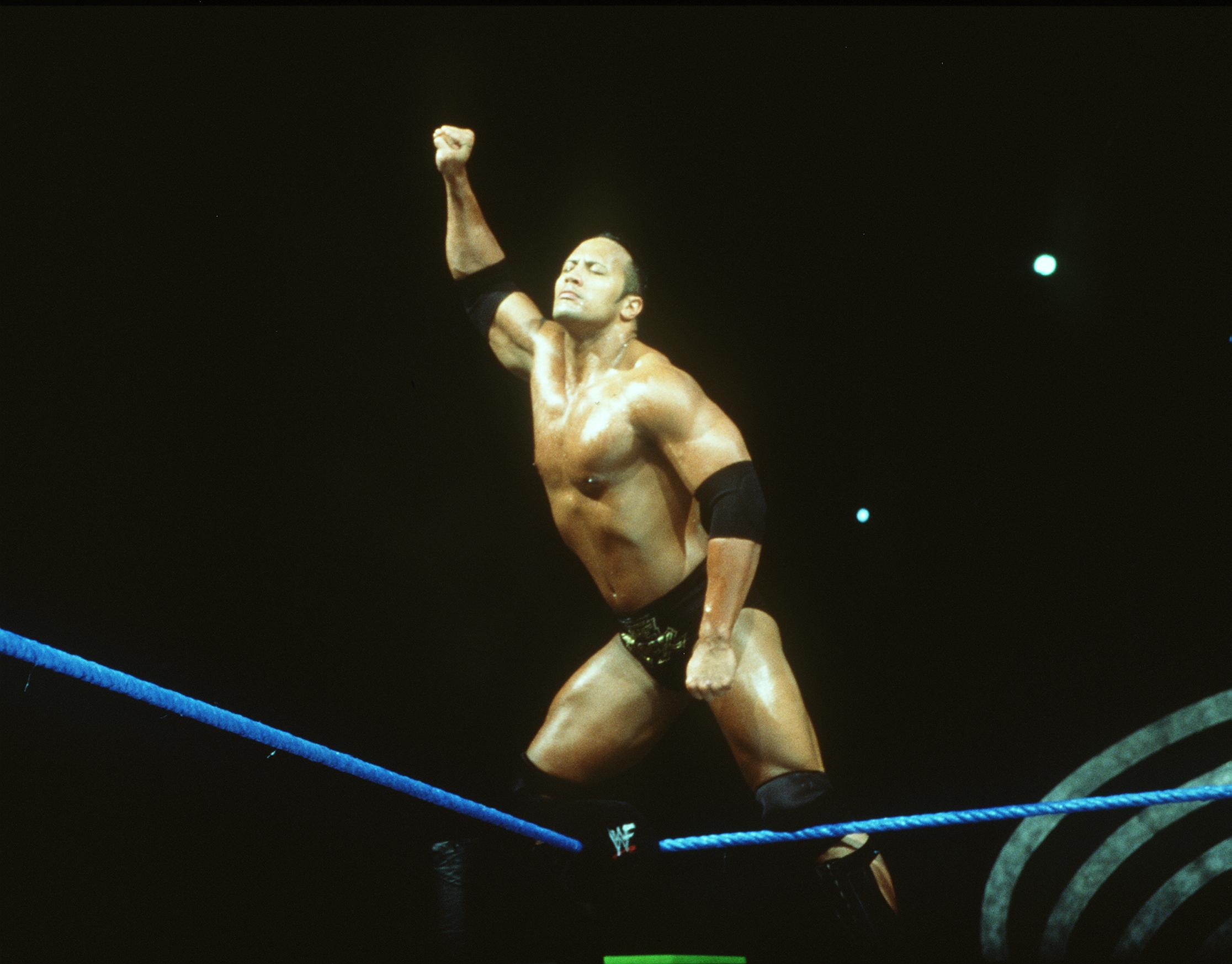 So when Johnson eventually dipped his toe into more substantial and/or demanding fare, the results ended up paid Rock-caliber dividends even when it meant challenging his fanbase(s). The same year he helped prop up that Doom adaptation, he played a supporting role inside-showbiz crime comedy Be Cool (2005) that would help set up Johnson’s crucial turning point in Southland Tales. The “Samoan bodyguard” side of Johnson’s character Elliot was hardly a stretch — but the “also a gay struggling actor” showed how willing he was to play on his own profile. He convincingly embodied a more nuanced side of the muscular tough-guy lugs he was being asked to do; the lines arguably doubled down on the funny because “The Rock” was the one speaking them. (For those who prefer a more straight-up caricature of his own tuff-guy act, go directly to his clutch cameo in 2010’s The Other Guys, where he amplifies his heroism to cartoonish proportions alongside fellow self-aware badass Samuel L. Jackson.)

And its hard to think of a one-dimensional action-hero lunkhead making Pain and Gain (2013), in which Johnson’s man of faith/cokey crook adds to the movie’s warped look at the American dream. (Can you smell what the Rock is snorting?) This is not the People’s Champion we all know and love, and Michael Bay’s steroidal crime-caper comedy taps into a quality never before seen in repertoire: pathetic. He spends half the film in a state of druggy fear that the feds have figured out their scam, and then squeals at the the first chance he gets. He relishes the life of hookers and blow that his crimes afford him, but doesn’t have the temperament of the gangster he pretends to be. On the inside, this human superman has Jell-O for guts. By that point, Johnson had proved he could be a fun actor; now, he surprised audiences with the revelation that he could be a legitimate, complex actor as well.

Not that he’s left his blockbuster roots behind; anyone who logs this many hours at the gym can’t stray too far from action pictures. Johnson has gotten the most exposure as Special Agent Luke Hobbs, the newest face in the Fast and Furious franchise. These deliriously enjoyable carsploitation flicks might as well be lavish musicals, treating chase scenes like big production numbers and Johnson as the master of ceremonies. (The series’ constant mission to top itself hit its apex with parachuting sports cars from a plane.) It’s only natural that his character would make the jump from antagonist to protagonist between chapters five and six; the heel must transform into a face when the audience embraces him. And for all the physics-defying stunts, fistfights inside armored vehicles and flipped tanks, the most exciting, spontaneous-clapping moment in last year’s Furious 7 is Johnson breaking a cast simply by flexing his arm.

All this chuckling self-parody and unfailing showmanship has now landed him a leading-man vehicle with the most bankable comedian on the planet. Johnson’s latest effort, the action-comedy Central Intelligence, pairs the gentle giant with little man Kevin Hart, in a that role synthesizes both the Rock-era showy magnetism and his mid-period celebrity subversion. (Those doubting such assertions may want to revisit the buddy comedy’s trailer above, in which our man sings in the shower while wearing a fat suit.) Yes, it’s a one-size fits-all blockbuster that won’t exactly break new ground for the star. But if he’s this lively and colorful in studio-assigned moneymakers, well, bring on the studio-assigned moneymakers.

So yes, Dwayne Johnson might’ve started as a novelty act. But he’s now got franchise star, offbeat character actor, self-aware beefcake, go-to action lead and deft comic presence/straight man on his resumé. He’s living in a post-Rock world, one where the eyebrow stays down, and everything else goes up. He seems capable of almost anything. Anyone who denies that he’s matured into a seriously skilled performer is cruising for a People’s Elbow.