The most important person in Hollywood circa 2016 is not a movie star or a studio head. The new ruler of the American film industry is the common fan, once ridiculed as a basement-dwelling outcast, now recognized as a force to be reckoned with. That “nerds” have inherited the kingdom hardly qualifies as a recent development — it’s been years since major studios started blocking off time at San Diego Comic-Con’s massive Hall H to hawk their big-budget, geek-friendly products. But over the past year or so, the fan has revealed himself to be no kind king. He is a mad despot, issuing demands from on high and sputtering with rage when defied.

It feels like a distant memory now, but once upon a time, there was a satisfying cosmic justice to the ascendance of fan-targeted entertainment. When Sam Raimi’s immensely likable Spider-Man and Peter Jackson’s sweeping Lord of the Rings trilogy laid claim to the box-office brass ring in the early 2000s, superheroes, sci-fi and fantasy were still considered underdog genres. Kids were once shoved around for toting Star Wars lunch pails to school; a couple decades later, the prequel trilogy was the most-hyped motion picture event of all time. These pop-culture outcasts had earned their long-overdue moment in the sun.

Jared Leto: The Unlikely Triumphs of a Rock-Star Movie Star

But that moment never ended — if anything, it’s metastasized. Somewhere around the time that Christopher Nolan and Batman proved superhero movies could make pontoons of money and be deep (or at least affect the appearance of depth), Hollywood charged full steam ahead in their mission to secure the fandom dollar. We’re now living in a movie culture driven by the whims of diehards. Scan the marquee at your local multiplex, and you’ll find that top billing usually goes to a franchise picture with a built-in following, or barring that, a property poised for franchisehood. A world where the dork and star quarterback find common ground in line for The Avengers sounds like a utopia, but what actually happened was far more troubling. Hardcore fandom has turned into a force of division rather than unification, enabling the bullied to become the bully.

Beyond proving the earning power of the super-flick, The Dark Knight was ground zero for the uglier side of rabid fandom. Nolan’s mature take on the Caped Crusader earned mostly glowing reviews, but criticism on the more middling side ended up as a magnet for harassment. The Internet was a different place in 2008, and even in a largely pre-Twitter world, critics had to deal with threats from personally aggrieved commenters, with some going so far as to post a critic’s home address for the world to see. It set the tone for the decade that would follow.

Posited as DC’s cure for the common superhero movie, Suicide Squad hit theaters this past weekend and provided a fine case study for fandom gone awry. Months before anyone had seen frame one of the film, acolytes declared it an unquestionable masterpiece and dug in their heels against anyone foolish enough to disagree. While Jared Leto raised eyebrows with his laughably over-the-top preparations for what ended up being a pretty brief performance as the Joker, pre-release anticipation reached a boiling point. And when it spilled over upon the film’s long-awaited debut, everyone got burned.

Before the critics could even enter the fray, the rabid Suicide Squad fandom had begun to impose their absolute allegiance to DC on everyone else. Prior to the earliest rounds of press screenings, devotees flooded IMDb with five-star user reviews, artificially juicing the movie’s average based on nothing. (This trick was last seen in an inverted form around the Ghostbusters release, when troglodytes firebombed the movie’s page with zero-star reviews — hinting at the undercurrent of misogyny in many fan tantrums.)

And once folks who had actually seen the film began to weigh in, things only got worse. Rolling Stone‘s own Peter Travers, for one, described the new release as “a grabbag of everything that’s been off and awful about recent comic-book epics” in his one-star review. A bad movie yielding bad reviews is news as usual, more dog-bites-man than man-bites-dog, but Suicide Squad fans reacted as if the professional film critic community had made personal remarks about their mothers. Writers who had put their byline on anti-Suicide Squad pieces suddenly found their inboxes and Twitter mentions full of fury. At best, maybe someone who’d been professionally critiquing films for years would have their bona fides called into question (accusations of “bias” in critics were as plentiful as they were baffling); at worst, as any female writer can attest, the attacks get disturbingly personal. 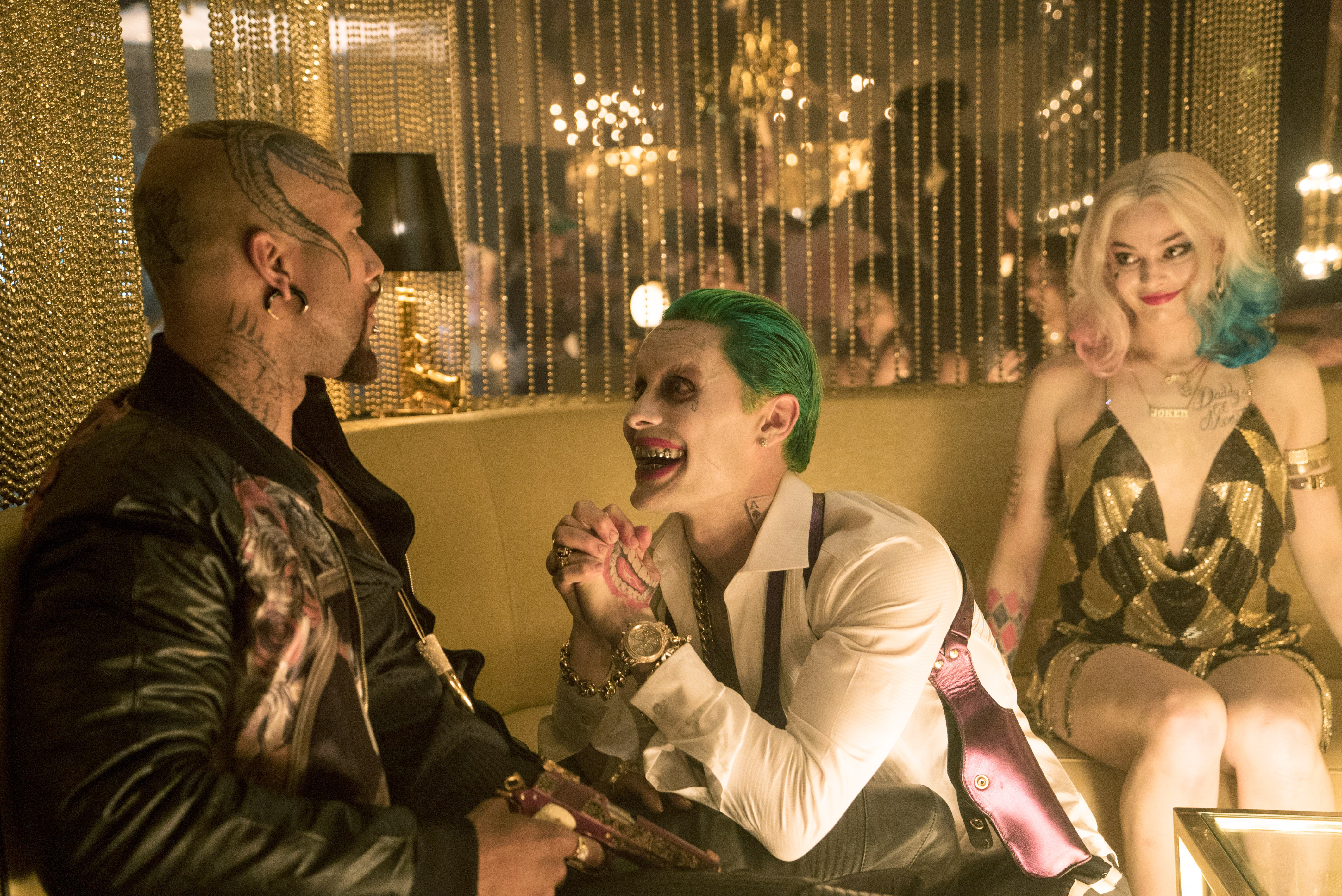 Yes, the people who read reviews have a god-given right to disagree; nobody would dream of arguing otherwise. But there’s a particularly unsavory tenor of petulance and entitlement to the recent Suicide Squad backlash. If a critic panned the film, it wasn’t due to a difference of opinion — the dissenting writer apparently either didn’t understand it, unfairly privileged lily-livered art films over the people’s meat-and-potatoes superhero entertainment or, most hilariously, accepted imagined bribes from Marvel to tank DC’s premiere. Depending on who you believe, the Batman v Superman: Dawn of Justice release was either an over-budgeted dud or the most elaborate paid-off hatchet job in showbiz history. (A brief glance at the average film critic’s appearance, wardrobe or apartment would suggest that nobody’s taken that sweet, sweet Marvel money just yet.)

In the most extreme expression of domineering fandom, a Change.org petition ominously titled, “Don’t listen to film criticism,” surfaced in reaction to the critical flogging that Suicide Squad was taking from every corner. The petition reads, “we must get the people to know that the criticism not the measure of the quality of movies, it’s just the opinions of the critics” [sic]. Which is, strictly speaking, accurate — film criticism does indeed reflect the thoughts of its author. But the tyranny of having opinions about movies must end regardless, and so the petition called for the full shutdown of review aggregator site Rotten Tomatoes, where Suicide Squad currently holds a dismal 26% approval rating. At present, over 22,000 people believe this is a good idea.

In a twisted punchline that would make Leto’s Joker wheeze with laughter, Suicide Squad raked in an admirable $135 million over its opening weekend, dwarfing the previous record-holder for a three-day take in August, Guardians of the Galaxy‘s $94.3 million debut in 2014. The power-mad fans have effectively won, voting with their ticket purchases to ensure that their voices will continue to dominate discussion by any means at their disposal, and guaranteeing that studios will continue to cater to their tastes. The joke, then, is on the rest of us — not just the critics, but the young female comic-book aficionados who would prefer Harley Quinn to be more than a speaking pair of buttocks, and the rest of the clearer-minded nerds holding their entertainment to a higher standard of quality. And isn’t that the most rational reaction, that someone with a deep-seated love for niche entertainment would want to see Hollywood do right by it?

Some of the rage-tweets exhorted detractors to stop treating Suicide Squad like pop art and appreciate it for the brain-dead entertainment it is. (It appears that many of the film’s biggest supporters believe, “It’s stupid!” to be a defense of some sort.) But that’s the thing about entertainment — it’s supposed to be a binding force, bringing people together under the shared pleasure of spectacle. We debate movies, we argue, we go back and forth, and that’s all a healthy part of discourse. If a person wanted to go wide with the concept, one could even say that quibbling about movies is the American way. But when loving something, especially something as simultaneously inconsequential and vital as moving freakin’ pictures, there’s no good reason to devolve into a shouting contest.

As long as the revenue keeps a-flowing, there’s no real impetus for studios to stop kowtowing to the no-goodniks holding the cultural conversation hostage. So all we can do at this juncture is issue a simple call for decency: continue to love movies, continue to love nerdy shit, and by all means, continue to love it too much. Just keep in mind that such swooning obsessions don’t need a flip-side of hate for anyone who doesn’t love you(r favorite movies) back.