Very, very early on in Star Wars: The Last Jedi, filmgoers find themselves looking at a familiar sight. (Spoilers, come on, you know the drill by now.) A villain — in this case, General Hux, modeling the latest interstellar Nazi-officer menswear collection — is standing on the bridge of a spaceship. The First Order bad guy knows of a rebel base located on a planet below them, and Hux is marshaling his forces to blast it into oblivion. An X-wing fights enters the scene; it’s being piloted by our man Poe Dameron, a first-rate trigger-happy flyboy. His faithful droid BB-8 patches him into the enemy’s communication systems, where he asks to speak to the bad guy in charge.

This is the moment where actor Domhnall Gleason, apparently having just rewatched that digi-retconned footage of Peter Cushing from Rogue One, decides he’s going to try to out-Tarkin his Empire predecessor. Hux begins issuing heavily Brit-accented threats, saying that the base is doomed and all you rebel scum are top of his shitlist now. Spittle flies from his lips for a full minute. A beat. Then, squawking over the radio, we hear: “Yes, holding for General Hux.”

We know that Dameron can talk primo trash under pressure (you’ll recall him asking Kylo Ren who talks first in The Force Awakens). But the sheer unexpectedness of the response jolts you; at our screening, you could not hear the next line over the laughter. The humor in Star Wars movies tend towards the cornball, which was always been part of the original trilogy’s old-fashioned charm; this exchange, however, feels oddly contemporary. It’s so funny that Poe repeats it. Then he makes a your-mom joke.

A short time later and half a galaxy away, we return to that profound climactic shot of Force, with Rey handing Luke Skywalker — Luke Skywalker! — his light saber on a remote island hideaway. The man who we’ve watched go from wanderlusting farm boy to force-channeling hero to one-handed, Oedipal-complex-haunted warrior is now firmly in hermit mode. He has wounded eyes. He has Obi-Wan’s beard. A thousand conflicting emotions play across this man’s face, holding the very thing that both connected him to a higher power and helped him kill his father.

And then, without even turning around, he chucks the thing over his shoulder and off a cliff.

If that first moment surprises you with its sheer left-fieldness – yes, you did just hear an “oh, snap” dig in a Star Wars film – the second moment feels like a shock to the system. That casual toss of a symbolic weapon is a profound moment of pathos played like a broad farce … and yet it somehow works perfectly. These two scenes, in a nutshell, tell you exactly what Rian Johnson plans to do with the franchise he’s been handed. The writer-director wants to both deepen and lighten the series; he wants to pay homage to its history and liberate us from it entirely. (No less then three different characters talk about letting go of and/or destroying the past – and one of them is a beloved fan favorite dropping by for a cameo. Irony thick, this is.) Whether this will “save” the series, as some have suggested, is completely subjective. This not your father’s Star Wars; it’s not even yours. That he’s made this thing entirely his own is a feat unto itself.

Born in Maryland, raised in Colorado and schooled at USC, Johnson started attracting attention the minute his debut feature Brick premiered at Sundance. If you were lucky enough to see one of the first festival screenings of his 2005 noir riff set on a SoCal school campus, you knew you’d stumbled on to someone special: The kind of filmmaker who could give Third Rock From the Sun star Joseph Gordon-Levitt an edge and make a mash-up of Dashiell Hammett and Degrassi High swing. There was a voice there, one that suggested someone who knew the genre rules and where to bend them without breaking. Which just made his follow-up, The Brothers Bloom (2008), that much more confusing — what’s going on with this wannabe hipster-cinema goof about wacky con men and quirky dames and stylistic overload? Was this an audition for The Directors Bureau? Where’s the Brick guy? 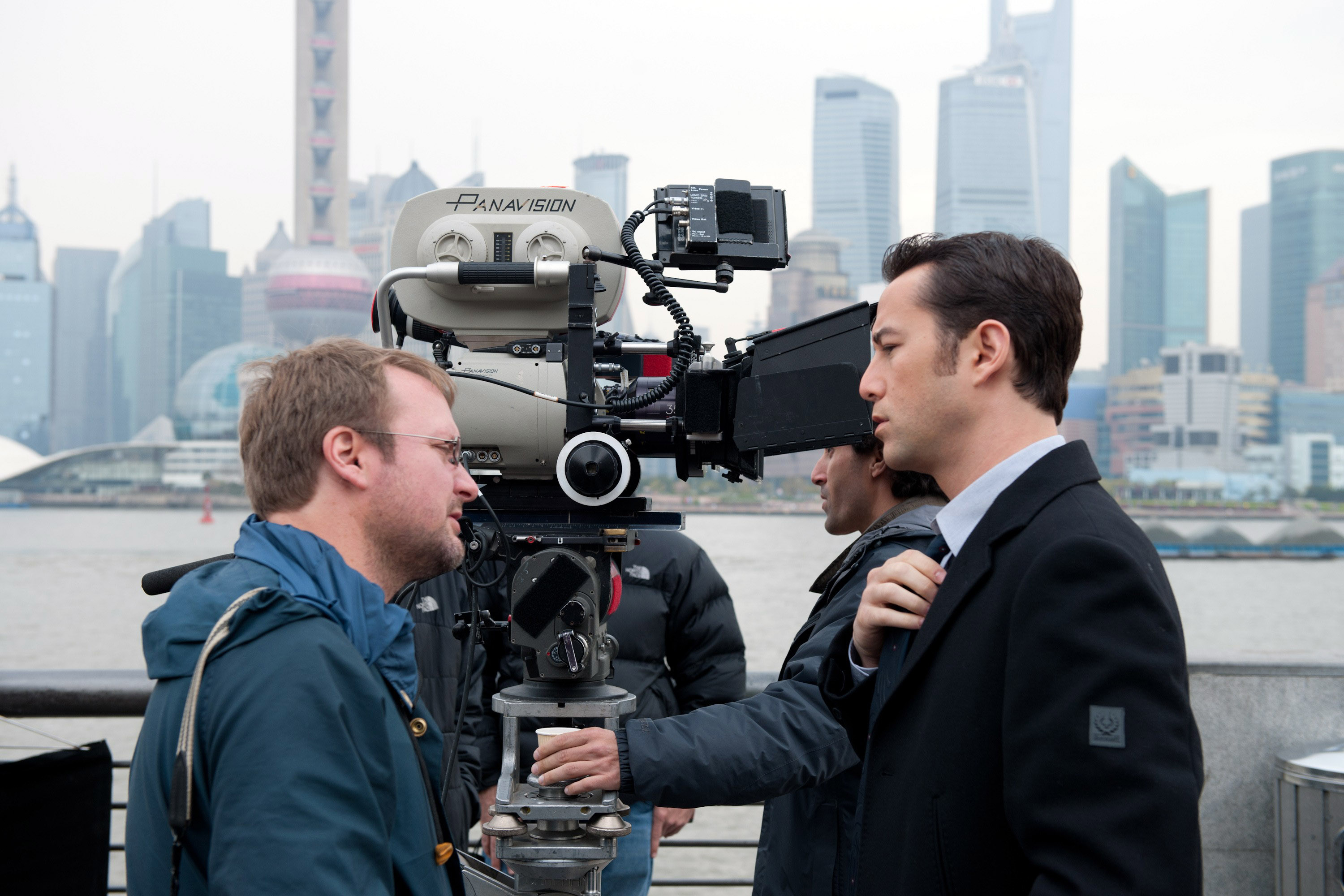 What happened next is where things get really interesting: Johnson comes back and makes Looper (2012), a sci-fi movie involving hired killers, psychic kids, time travel, Gordon-Levitt in facial prosthetics, literal self-destructive tendencies and the copious usage of a blunderbuss. It feels both familiar and unlike anything else you’ve seen in recent memory; it also has an emotional core to it that feels light-years from your usual overly clever, smarty-pants science fiction. During this period, he also directed the occasional Breaking Bad episode – two of which, “Fly” and “Ozymandias,” are considered series highlights. Both of these hours feel completely in sync with the show as a whole, even if the former is somewhat divisive among fans. Both stand out for being visually stunning, beautifully choreographed and dramatically satisfying on their own. Both feel like they were made by an individual.

Johnson recently told Vulture that he’d been having trouble a project he’d been developing when Lucasfilm honcho Kathleen Kennedy called him into a meeting and asked if he’d be interested in helming what would be the second in the new galaxy-far-far-away trilogy they were producing. He hesitated. The question was not what he could do for Star Wars, but what Star Wars could creatively do for him. Scratching a fanboy itch was not going to be enough; it wasn’t until he saw J.J. Abrams filming Force Awakens scenes in London that he found an in. The fact that he’d be able to write his own script helped immensely as well. “I know it’s Star Wars, it fits into a bigger picture,” Johnson admits about the final result. “But it also feels as personal to me as any of the other films I’ve made.”

And that’s what makes all the difference when you watch this movie: It feels personal. You could argue that George Lucas’s whole modus operandi behind the original — that combination of highbrow hero’s-journey philosophy and B-movie pulp, wrapped up in a hot-rod enthusiast’s need for speed — was just as much a product on one man’s tastes and tenor, but that was before Star Wars became a template and a pop-culture temple. Or that, in its own way, Abrams’ one-size-fits-all wonderment is equally as revealing about the man yelling “Action!” and “Cut!” Or that these things aren’t designed for expression so much as picking which shades of gray you use when coloring within the corporate lines. This series doesn’t exactly have a friendly history when it comes to folks wanting to put their own stamp on this particular universe.

Johnson, in his own way, has somehow redrawn the lines to fit his hand. The Last Jedi is a Star Wars movie, complete with dogfights and duels and John Williams-scored heroics and everything you expect. Porgs or no porgs, some shots feel lifted directly from the first two films. But visually, there are elements he adds into the mix that feel drawn from his playbook. That scene of Rey training with a light-saber, shot from beneath her with the-sky’s-the-limit background and a larger-than-life feel? That’s Johnson. The already justly celebrated fight scene in a red room between unlikely allies and First Order secret service? Ditto. Maz Kanata’s video message in the middle of battle, or a ship silently hyperspeeding into the middle of another ship, or the “bleeding” sand in that final showdown? The scene of one character staring off into twin setting suns before going gently in to the dying light, or another character levitating boulders in a state of grace? That’s Johnson, too. It’s the difference between smuggling in a sensibility and integrating it.

And the way our heroes and villains talk, act, rage and furrow their brows? The heated banter between Laura Dern’s rebel leader and Oscar Isaac’s impulsive pilot might have come from Brick; the discussions between John Boyega’s Finn and kelly Marie Tran’s Rose Pico would fit well next to the ones in “Fly”; the Rey and Luke conversations (and the Rey/Kylo dynamic) feel positively Looper-esque at points. The subversive use of humor feels like a distinguishing touch on its own – who else would have put the obligatory interspecies hang-out scene in a high-stakes casino straight out of a 1930s screwball comedy? But so does the way the director threads it into a story about people reluctantly going once more into the fray, about people trying to see where they fit in to bigger pictures, about having the weight of history feel like its crushing you. It’d be possible to think this was a movie about its own making if it weren’t so deft on its feet about life-and-death situations.

Remember that “wax museum with a pulse” crack in Pulp Fiction? Johnson could have made the Star Wars version of that, coffers would have filled to the brim and it would been enough for most people. Instead, he took a deep breath, threw the light saber over his shoulder and made a Rian Johnson movie — one that knows where to bend some serious rules and where to break them entirely. The effect does feel revitalizing in some key ways, but the point was never to bring something back from the dead. It was to make it his own. You feel the force of that decision immediately. That’s how you honor the series. That’s how you keep it vital. And by the time the film fades out, you find yourself eagerly awaiting not the next chapter so much as his next trilogy, the one he gets to construct from the Lucasfilm-approved ground up. Yes, we’ll hold for General Johnson. The you-know-what is with him now.