How Black Bodies Liberated the Movies of 2016 - Rolling Stone
×
×

Back in January of this year, in the middle of the viral #OscarsSoWhite fiasco and an increasingly heated national discussion on race in America, a movie premiered at Sundance that ended up becoming the cause célèbre of the festival. Telling the story of slave rebellion leader Nat Turner, writer-director-star Nate Parker’s The Birth of a Nation seemed poised to carry an implicit Hollywood tradition of being the lone black film considered worthy of mainstream critical acclaim and awards-worthy buzz – a semi-annual entry that validated giving minorities opportunities in the club. The confetti of accolades and a staggering $17 million deal hyped the film to the head of the 2016 must-see pack. It wasn’t the first slave film, but it might have been the first black film to act as a sort of reparations for an industry still too slow to value the diverse talents in the field. (The title alone is a massive act of reclamation.)

By the time awards season rolled around … well, you know how Birth‘s story ends. Yet nearly 12 months after that movie’s film-festival standing ovations and record-setting sale, 2016 gave us a handful of films that also represented, reflected and refracted the experience of Black America on screens. More impressively, these films – the spiritual bookends on long-form essay Lemonade and remastered, re-released Daughters of the Dust; the adolescent journeys of The Fits and Moonlight; the familial and societal trauma of Fences – have been staggering in their diverse, nuanced offerings. (Factor documentaries into the mix, and things get even more varied; more on that in a bit.) In any given year these films would provoke discussion just by dint of being black films. This year, against the backdrop of #BlackLivesMatter and national protests against ongoing assaults, these films are joined by a common thread. They didn’t just make race one of the more definitive narratives of the year in movies. They also all attempted to answer one question: How do we liberate the black body?

'O.J.: Made in America': Inside ESPN's Definitive Simpson Doc

It’s an incredible – and highly fortuitous – coincidence that both Lemonade‘s feature-length HBO “visual album” and the restoration/belated victory lap of Julie Dash’s 1991 film Daughters of the Dust happened in 2016, and not just because the latter hugely influenced the look and feel of the former. Both stories feel completely tuned in to dual concepts of squirming under the banner of patriarchy and, more importantly, weaponizing sisterhood. Daughters‘ best scenes are the ones when the Gullah women convene and confess by themselves, building to a penultimate scene where the protagonist, Eula, takes on the island’s bogeyman. Lemonade‘s bat-wielding scenes and long-hall camera shots of black women lounging like lionesses in austere Southern mansions build to a natural crescendo felt in the banner soundtrack song “Formation.” The whole project feels like a restatement of Beyoncé’s blackness, purposefully intertwining it with her more accessible universal femininity to create something more personal and poignant for her Day 1’s: black females.

The visual spectacle of Lemonade – a world rich in black women, colors and vibrant landscapes – makes it clear who these songs are ultimately for. The only potential white reference being in an uttered word: “Becky.” Despite all this pain, or perhaps because of it, their bodies ultimately buck free. Set in lush visuals that seem to sweat with power, these films’ settings (the Gullah island and a pop star’s mindscape, respectively) feel like places where these black women spend nights dancing in fire under moonlight drawing and releasing power from each other. You could potentially collect both – as well as Hidden Figures, the upcoming drama about the unsung female African-American NASA employees who helped run the space race – in a box-set called Fantastic Black Women and Where to Find Them. 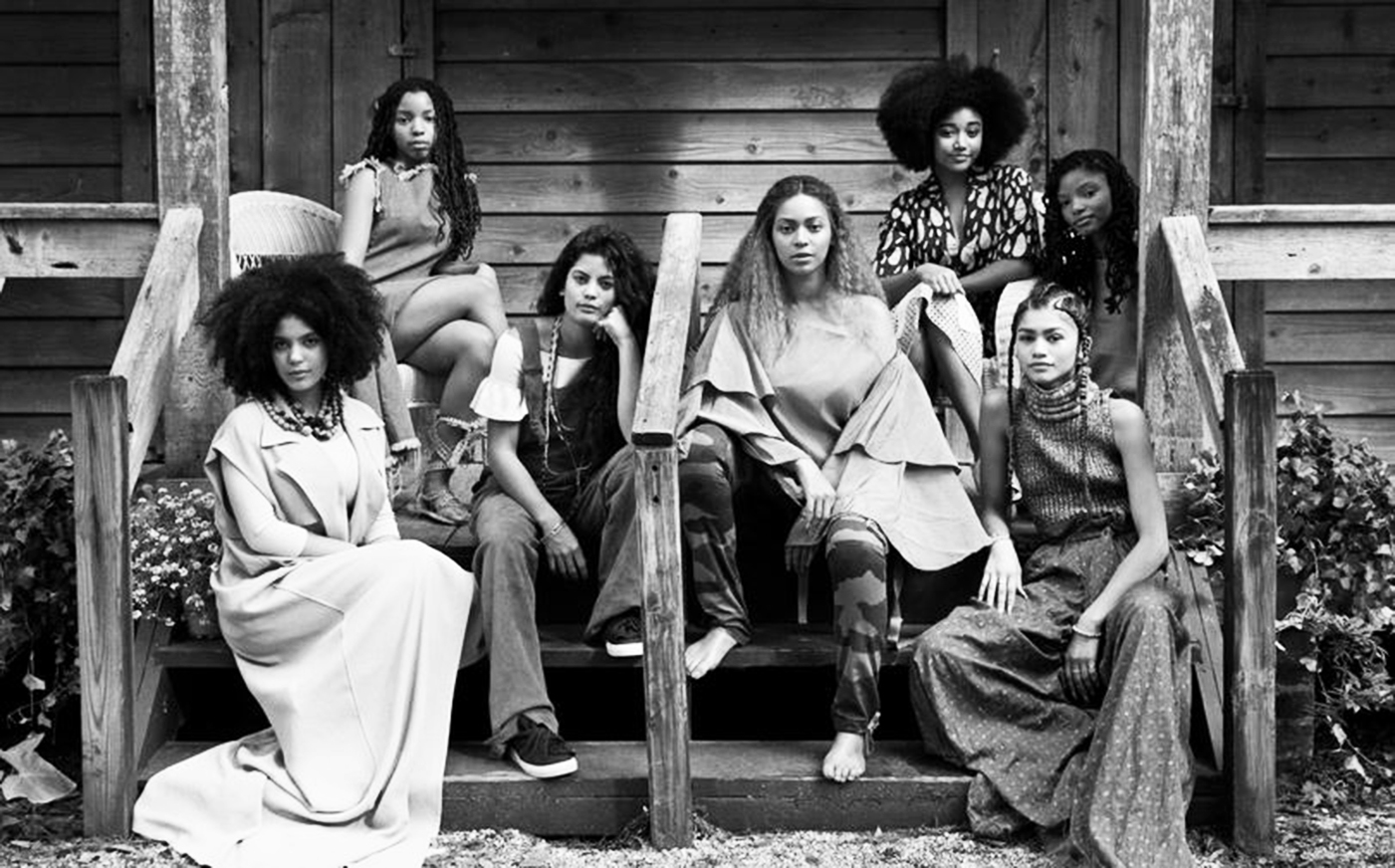 Two films about African-American adolescents also looked at the body dealing with painful circumstances in fantastic settings. Set in a Cincinnati recreational center for teenagers, Anne Rose Holmer’s The Fits has a supernatural feel from square one; the cast feels like they inhabit a teenage horror story world by themselves. For most of the film, the 11-year-old Toni – played effortlessly by newcomer Royal Hightower – finds herself on the outside of an all-girl dance troupe; she spends more time in the gym boxing, toning and training her lean body alongside her older brother. When she joins the squad, she enters a world where the girls around her battle against their awakening sexuality. They have to make a choice to get in formation or get out. And when Toni picks a side, we’re treated to movie’s most enduring images: The kid alone on a footbridge, back to the camera, seamlessly moving between her honed boxing techniques and her dance moves. Her strength comes from choosing to integrate them, and when the girl returns to dance practice, she’s a more assured version of herself. Her power results in her walking on air – possibly even literally.

Moonlight‘s magic comes from the rare air it breathes, even if it stays caught in the main character’s chest for most of the film. That’s what makes it so powerful. Barry Jenkins’ boy-to-man story, told in triplicate and located in a Miami that looks more like post-Katrina landscape than a postcard, breaks the life up of a character named Chiron into a composition of complex experiences. His young life could burst into flames at any moment because of his volatile, drug-addicted mother (Naomi Harris); the sudden disappearance of his father figure, Juan (Marhershala Ali) is a quiet reminder of how often black men’s lives are swallowed by systems all the time. His teenage path is all the more delicate as a gay black boy trying to become a whole man. An inability to physically protect his body takes a natural conclusion; his adult version, nicknamed Black, becomes the news-headline stereotype of a “thug” encased in muscle and swagger. It’s both unnatural and necessary for protection. Black is indeed black, tormented as he moves about America.

Jenkins’ film has become the critical darling this year, softly taking the mantle and spotlight from The Birth of a Nation with its story of love, identity and blackness and LGBTQ issues. Its humanity is perhaps its most tender and endearing quality, and many mainstream reviews and think pieces have struggled to hold the film’s many issues together without erasing its core identity. Yes; this is a black story. Yes; this is an American story. Yes; this is a love story. Yes; this is an LGBTQ story. The film is all of these. We don’t need to choose. 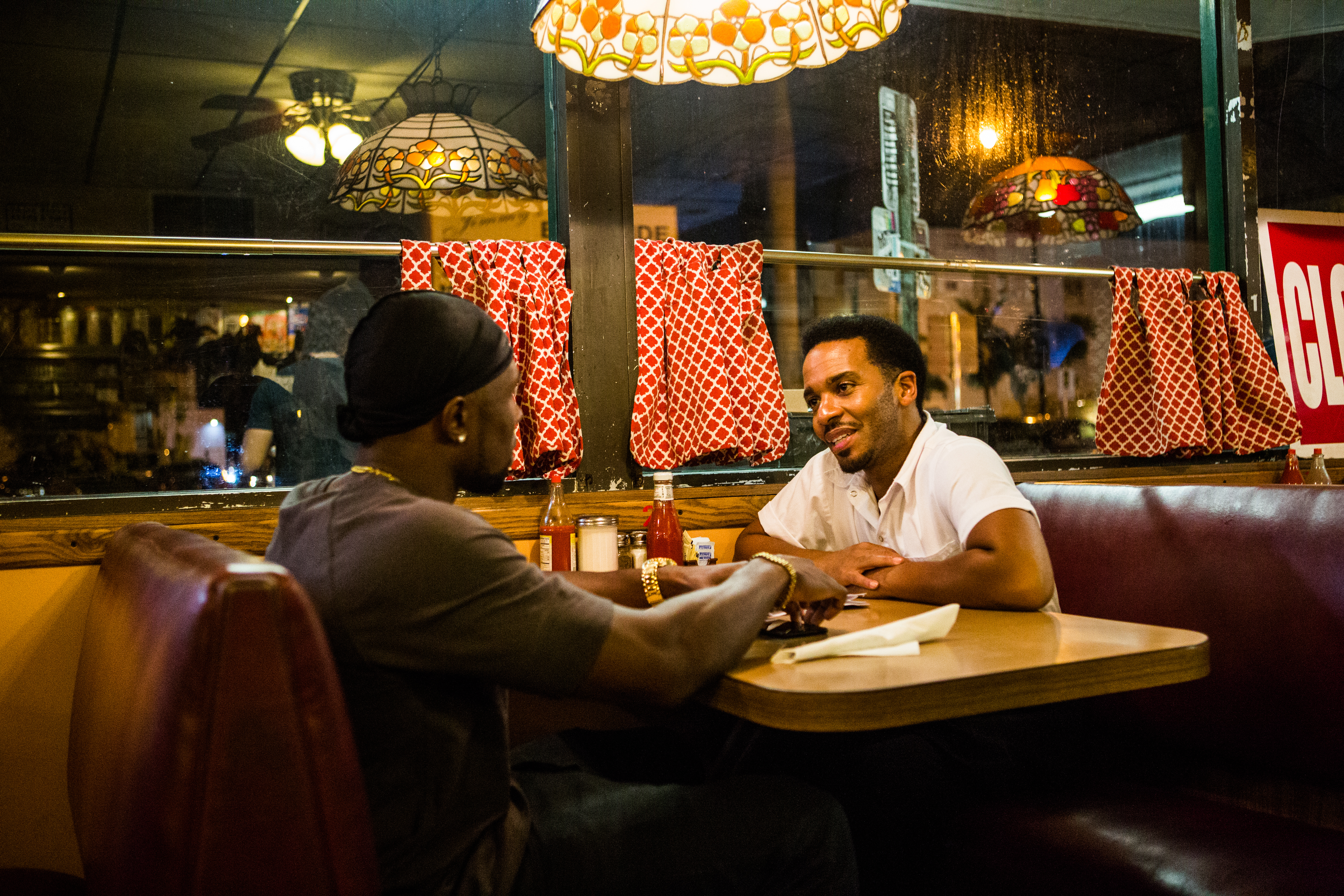 Director-star Denzel Washington’s adaptation of August Wilson’s play Fences – about a working black middle-class family in 1950’s Pittsburgh – has a paranoid wariness about the black body that’s a result of history and dynamics, too. This is a story that revolves around a couple who is determined to keep themselves together and a host of threats out. Its protagonist, Troy Maxson, uses his own trauma to keep his family chained to him; the film slowly revealing the layers of pain he’s endured as a runaway, an inmate, an athlete, a husband and a garbage man. He lords over his family like the contradictory white Christian plantation owners that his blood relations escaped; a sanctimonious do-as-I-say-not-as-I-do approach to whipping his kin into place. He bullies but he loves, or maybe he bullies because he loves?

It’s hard to tell what Troy’s motivations are: Vanity? Desperation? Love? Loyalty? Remorse? But it’s not hard to tell where this all comes from. Troy has been slighted at every turn as a black man. This family’s story is rooted in the historical northern migration, back when such black South-to-North movement was sold as freedom, and all throughout the film, the Maxsons wrestle with the delicateness of freedom and how easily it can be taken away. Troy’s body is constantly in question, by his best friend Bono (Stephen McKinley Henderson), by his wife Rose (Viola Davis), by his sons. His worth is measured by what he could’ve been and what he can continue to give.

This history of body hardness, wariness is grafted into the DNA of Black America. And were you to create a roadmap to understand these films, you’d want to include I Am Not Your Negro, Haitian filmmaker Raoul Peck’s stunning take on author James Baldwin’s rhetorical thoughts about our nation’s systemic racial cage. This free-form doc shares The Fire Next Door writer’s heart; it’s defiantly angry and coarse in turning is gaze on white America. The film isn’t conversational and informative like, say, Ava DuVernay’s 13th, a damning indictment of the prison industrial complex, and doesn’t seek to lionize the black resistance in the way that Birth attempted. Instead, Negro keeps you transfixed on Baldwin’s words, establishing him as one-man army that stormed into white spaces (universities, the Dick Cavett Show) and demanded attention. 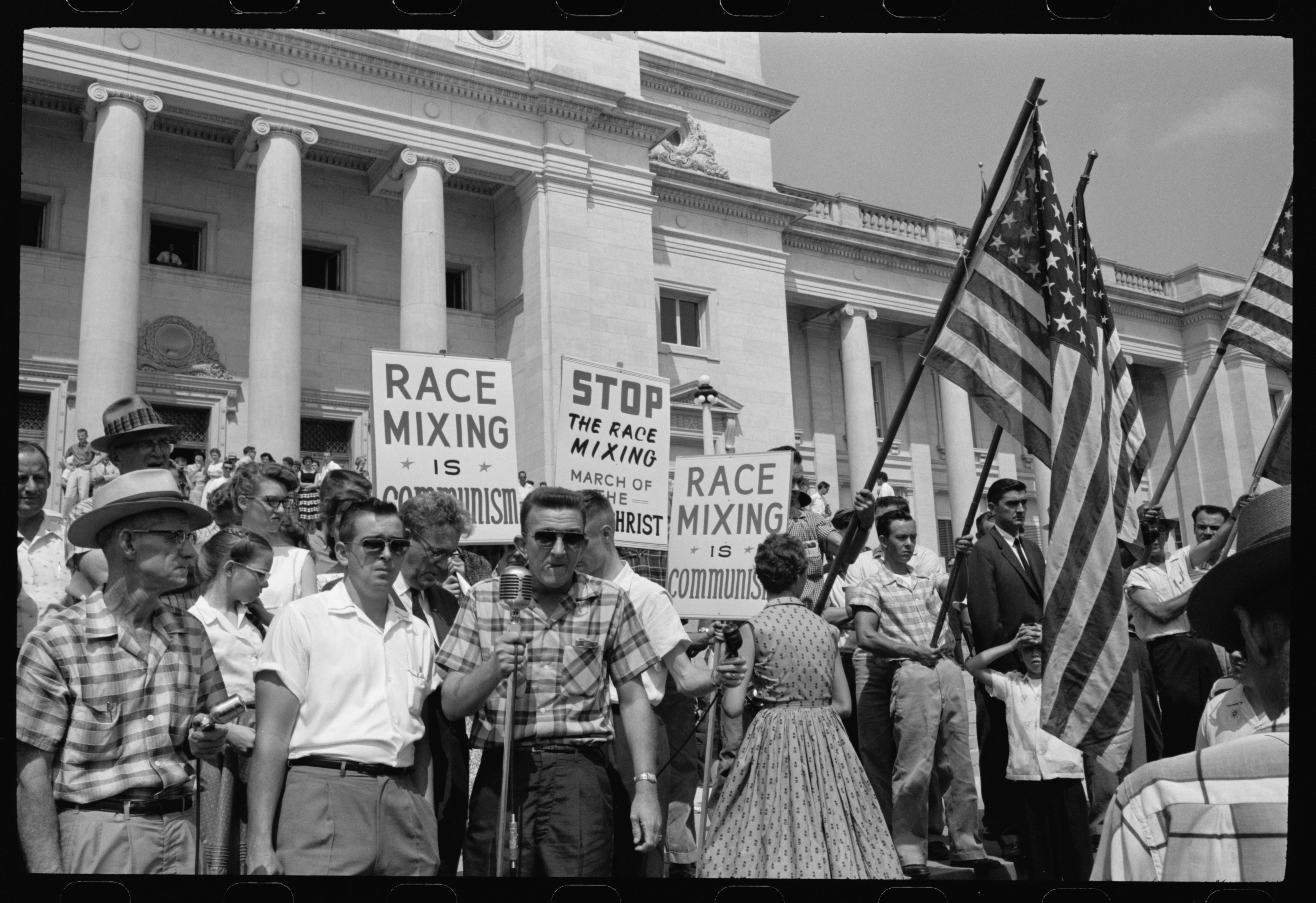 In that way, I Am Not Your Negro feels damning and almost dangerous to view. Baldwin’s righteous, prescient anger about the violence blacks have endured over centuries (particularly, via his thoughts on Medgar, Martin and Malcolm, the 20th century) are not only heightened by the photos and videos of racial cruelty. They are infused with the seeming indifference by blacks’ white neighbors during our bloodiest times. The doc dips in and out of white Hollywood with a sneer as it shows that while blacks hung, burnt, walked, hosed, cried, sat and marched for their humanity, Hollywood steadfastly looked the other way, creating films set in an America that looked sinfully idyllic and uncaring. Negro doesn’t take the academic and statistical appeals that 13th utilized to shock its audience, but they both assert the same message: There’s a system at play here, one that’s continued to target black bodies without remorse.

One of the biggest such targets in the last 20 years was O.J. Simpson, and Ezra Edelman’s O.J.: Made in America might have been the most exhaustive look at race, crime and the black body that we’ve seen this year. Instead of this being an immersive dissection of the crime, this seven-and-a-half hours long magnum opus is an autopsy of a national conscience around racism. Edelman’s archived Los Angeles plays both victim and criminal in this documentary, the city as an American horror story of social ills and injustices visited upon the black body for generations – from police brutality and surveillance, poverty and education and a palpable apathy to their circumstances.

Like Peck’s Baldwin v. America portraiture, the richness of the archival footage Made in America mines is symbolic and informative, swinging between a nation’s disbelief once reserved for their adoration of O.J.’s athletic prowess to the disdain at his potential connection to a grisly homicide. But it’s also an effective look at how little has changed for the Black American post-Reconstruction, and clearly pursues not just how guilty O.J. may have been, but how our nation has been guilty for many crimes, too. That much of this is writ through this black man’s body and life isn’t coincidence; it’s likely Baldwin would have approved of this documentary’s wide-spanning accusation that all of this was made in America.

This year’s crop of films pulled off the near-impossible task of cutting through the white noise and keeping the conversation of liberation alive – a showcase of art that examined love, anger, guilt, trauma, sex, crime and systemic racism. Many would be happy to choose one of the above; these movies did it all and affirmed humanity inside of blackness, not alongside of it. From the slavery times of The Birth of a Nation to the liberated artistry and anger of James Baldwin, fertile ground has been laid for generations leading up to 2016. There’s tremendous pain that comes from this, but hope too. Art relies on both.