On a London stage in 1992, a young Andy Serkis thought he was reaching the limits of actorly transformation. Playing Dogboy, “a bizarre, potentially quite violent street kid who thinks he’s a dog,” he’d strip naked each night, barking and biting, “much to my parents’ shame.”

But that was just the beginning for Serkis, 50, who had planned to spend his career acting in Ken Loach-style social-realist dramas. Instead, he’s become a maestro of monsters. Through motion-capture technology, paired with CGI, the actor has played Gollum, King Kong and Caesar, the leader of an ape revolution in 2011’s Rise of the Planet of the Apes – a role he’s reprising in the July 11th sequel, Dawn of the Planet of the Apes. “People assume that performance capture is about a lot of movement,” Serkis says. “The thing I’ve learned is that it teaches you to use incredible stillness. You learn to trust yourself as if you were playing a conventional live-acting role.”

With apologies to Jar Jar Binks, the Lord of the Rings trilogy’s pathetic, “Precious”-craving Gollum was the first digital character to feel alive alongside human actors. But Caesar was something even more extraordinary: a mostly mute CGI leading ape whose yearnings and confusion could make you cry, an assemblage of pixels who handily out-acted his flesh-and-blood co-stars, James Franco among them.

“I always played him as a human in ape skin,” says Serkis, who based Caesar on an actual bipedal chimpanzee named Oliver. “Until he realizes he’s obviously an ape. He’s a very empathetic and troubled character. He’s deeply conflicted.” 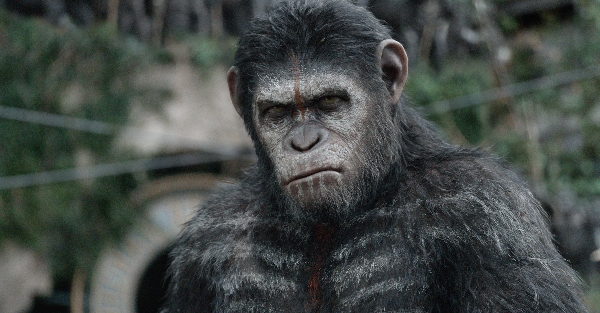 Motion-capture technology now allows the subtlest eye movements to be translated to Serkis’ avatars, which animators transform into finished characters. He’s taken to calling the CGI process “digital makeup.” But animators see that as unfairly reductive of their roles – and their tug of war over credit may augur further conflict regarding the future of acting, especially since no mo-cap performance has yet garnered a major award nomination. The animation supervisor on The Lord of the Rings recently posted an essay online insisting that Gollum, in particular, was “a collaborative performance.”

“My livelihood depends on the art of animators,” Serkis says. But he argues that as mo-cap technology has evolved, the animators’ role is “to honor the performance given on set to the nth degree” – and he defends the makeup characterization by bringing up John Hurt in The Elephant Man: The makeup was incredible, but no one disputed the performance was Hurt’s.

Human See, Human Do: A Complete History of ‘Planet of the Apes’

Cloverfield director Matt Reeves, who takes over the Apes saga with the new movie, has a nuanced view. “The secret of the whole thing is that Andy Serkis is a great actor,” he says. “It all comes down to his performance –but the big trick of it is, how do you translate it onto the anatomy of a chimp who doesn’t really have the same face at all? So the artistry of [animators] WETA is equally important.”

Reeves showed raw footage of a mo-cap- suited Serkis to his friend J.J. Abrams, who was so impressed that he gave Serkis a key role in Star Wars: Episode VII, due out in December 2015. “It’s gonna be a very, very special film,” Serkis promises. Like most aspects of that movie, Serkis’ role is a mystery – and he laughs at the thought that we can’t even guess how many heads or limbs his character might have: “I love the idea of subsuming into the pixel world so much that no one knows what the hell is going on. I think that’s great.”