A little over three decades ago, This Is Spinal Tap perfectly parodied hard-rock excess with a pint-sized Stonehenge, amps that go “one louder” and the unforgettable phrase “Hello Cleveland.” The mockumentary, which Ozzy Osbourne has said felt all too realistic, was written by its stars, comedians Christopher Guest, Michael McKean and Harry Shearer, and director-actor Rob Reiner. “The closer we dared to get to the real thing, the closer the real thing dared to get to us,” Shearer once told Rolling Stone. “It’s like reality is calling our bluff at every step along the way.”

The comics are now dealing with the seemingly improbable realities of Hollywood. Last fall, Shearer filed a $125 million lawsuit against Vivendi – the company that owns This Is Spinal Tap – for financial misappropriation and launched a website called Fairness Rocks explaining his lawsuit. He alleged that the company says the four creators between them have only earned $81 in merchandizing income and $98 for their contributions to the movie’s soundtrack over a 22-year period. Reiner swiftly threw his support behind Shearer, and Guest and McKean joined the lawsuit – elevating the level of damages they’re seeking to $400 million – earlier this year. “It’s time for a reckoning,” McKean said at the time. “It’s only right.”

This List Goes to 11!: Eleven Trends Predicted by 'This is Spinal Tap'

Now, Shearer has penned an op-ed for Rolling Stone explaining the importance of fairly compensating creators and shining a light on what he sees as inequities in the film and music industries. It’s a lawsuit, he says, with implications that could extend well beyond Spinal Tap.

Behind the ambitious, creative talent that is Hollywood lies a darker side of the entertainment industry little appreciated by the ordinary moviegoer. It’s an opaque world of film financing, revenue accretion and minimal profit share. If exposed, as our Spinal Tap lawsuit against Vivendi aims to do, fans will no doubt be horrified at the shameful gravy train that rolls for corporate rights holders at the expense of creators. So far, challenges to media conglomerates’ comfortable status quo provoke little more than derision, since the power balance is so skewed in their favor. But, for how much longer?

Spinal Tap began as a mock rock band that we four – Rob Reiner, Christopher Guest, Michael McKean and myself – developed for an appearance on a TV pilot at the end of the 1970s. On our own initiative, we wrote and recorded most of the songs and performed them live in several music clubs around L.A. before any cameras rolled. The ultimate movie was truly, in the words of Michael McKean, “the result of four very stubborn guys working very hard to create something new under the sun.” 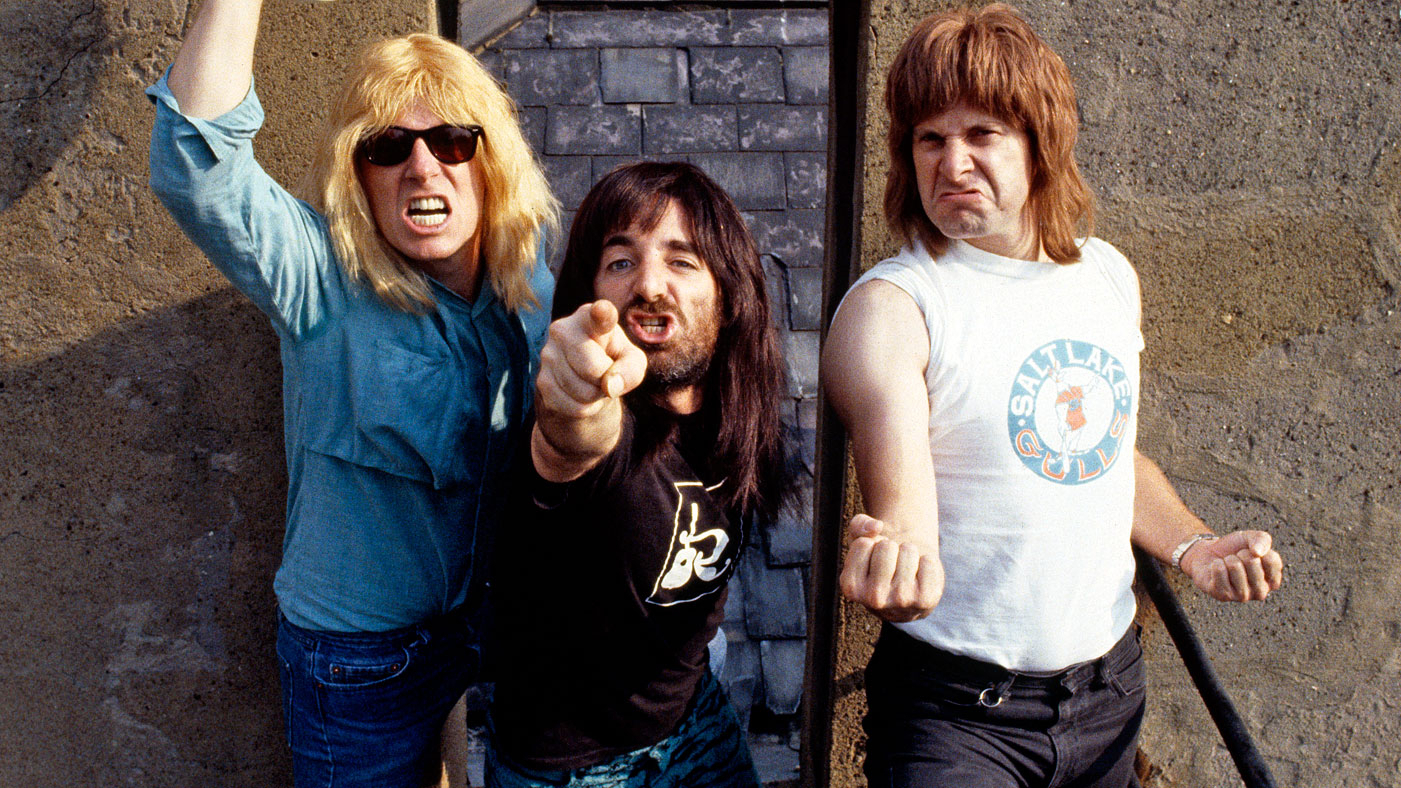 Perhaps not unusually for a popular film produced over three decades ago, there have been a dizzying parade of corporate characters trading rights to This Is Spinal Tap through the years. Yet our requests for timely statements of the film’s income have been met with a series of slammed doors. So far, Vivendi has confused our rather clueless fictional film characters with the entirely switched-on people behind this multi-million dollar action. No more “mis-underestimation.” Since learning of the deliberate and persistent obfuscation by Vivendi, we’re on a mission for fairness. And it’ll be loud — Tap loud.

“Since learning of the deliberate and persistent obfuscation by Vivendi, we’re on a mission for fairness.”

Unfortunately, “Hollywood accounting” isn’t a practice confined to California. Within the success story that is the European film and television industry, which generated €122 billion in 2013, less than one-third of 1 percent[1]was shared with the writers and directors of the works created. A peculiar definition of “fairness,” you might say.

Under French law, filmmakers should be paid a fee for their work plus an ongoing remuneration proportionate to the exploitation of their creation. In reality, less than 3 percent of French writers and directors receive anything more than the initial payment of that minimum guarantee.[2]And 70 percent of all European film directors are asked to defer a proportion of their original fees (as we, the creators of This is Spinal Tap, originally agreed to do).

The Europeans are simply following Hollywood’s lead; however, Spinal Tap‘s rights are determined by US law. In fighting for creators’ rights against a French conglomerate, Spinal Tap is simply pursuing a legal path well-trodden by our American creator peers. The well-known science-fiction “flop“ of a film, Return of the Jedi, has apparently never gone into profit despite earning almost $500 million worldwide. Harry Potter and the Order of the Phoenix, apparently “lost” almost $170 million.

“For now, the bean counters are laughing – yet few creators enjoy the joke. Let’s see how long it lasts.”

The estate of J.R.R Tolkien has sued New Line Cinema, claiming its contract entitled them to 7.5 percent of the gross receipts of the $6 billion hit. According to New Line’s accounts, the Lord of the Rings trilogy made “horrendous losses” – seriously, no profit at all?! Where has all the movie-going public’s expenditure on tickets and merchandise gone? [Editor’s Note: The two sides eventually settled, though the terms remain undisclosed.]

It’s not just film recoupment that is highly questionable. In the realm of online distribution of music, session players on contracted artists’ albums justifiably complain they are not paid a cent, centime or penny of the money from music streaming. As for their colleagues with an actual record contract, the labels treat streaming income as a sale. The contracted artists are accounted to on the basis of their sales royalty, and then only after the deduction of packaging costs — in a medium where there is no packaging! You can’t make it up. 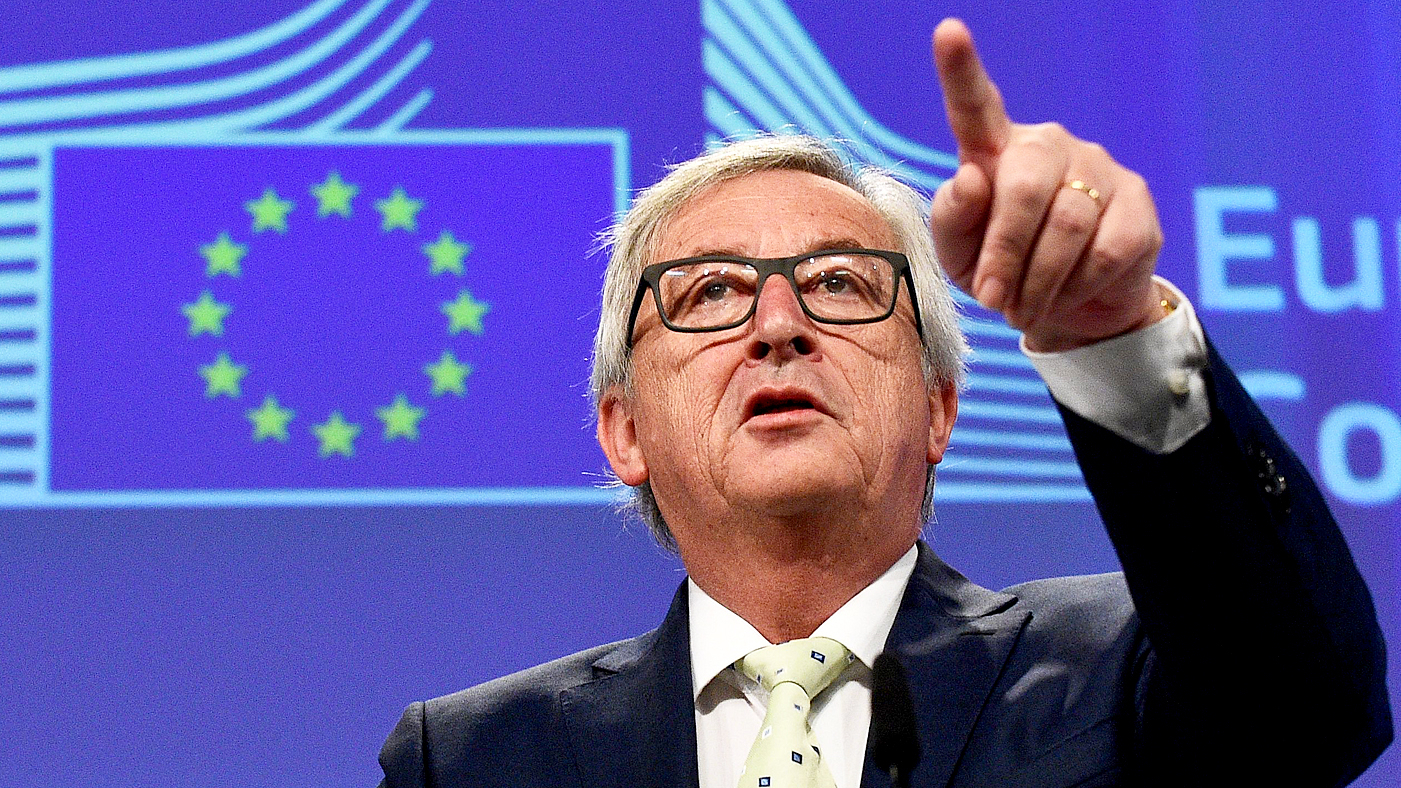 But we creators have support in one, perhaps unlikely, corner. Jean-Claude Junker, President of the European Commission addressing the European Parliament in his 2016 State of the Union speech, said:

“As the world goes digital, we also have to empower our artists and creators and protect their works. Artists and creators are our crown jewels. The creation of content is not a hobby. It is a profession. And it is part of our European culture. I want journalists, publishers and authors to be paid fairly for their work.”

Make no mistake: We are motivated by a desire to highlight the longstanding and improper accounting practices in the music and film industries – just check out Fairness Rocks. These practices routinely exclude creators from a “fair share of the torrent of riches”[3]arising from exploitation of their works and we despair at seeing a French media giant gleefully adopting the very same exclusion practices[4]arising from exploitation of creators’ works. Vivendi is simply the latest in a long line of rights-owning corporations to copy the devices of concealment in use by American studios. Welcome to “Hollywood accounting” – California’s proudest export. For now, the bean counters are laughing – yet few creators enjoy the joke. Let’s see how long it lasts.