Debbie Reynolds, the singer-actress who starred in the 1952 classic Singin’ in the Rain and the mother of late actress Carrie Fisher, has died. She was 84.

As Variety reports, the actress was taken to Cedars-Sinai hospital following a suspected stroke on Wednesday, one day after her daughter Carrie Fisher died.

“She wanted to be with Carrie,” son Todd Fisher told the magazine.

Reynolds was a Hollywood darling of the 1950s and 1960s, with her all-American looks and charm and oft-sweet onscreen demeanor, she seemed to embody the vibe of that era. Aside from her enduring role starring opposite Gene Kelly in Singin’ in the Rain, she is also remembered for 1964’s The Unsinkable Molly Brown, for which she received a Best Actress Oscar nomination.

Marie Frances Reynolds was born in El Paso, TX, and later moved with her family to Burbank, CA. Her first foray into the spotlight came when she was 16 during the Miss Burbank Contest, which she won in 1948. It was there that a Warner Bros. talent scout discovered her and signed her to a contract. They renamed her Debbie. Later MGM, picked her up, which led to her breakout role in Singin’ in the Rain.

While she was respected for her onscreen talents, it was her private life that also brought notoriety when her then-husband Eddie Fisher, father of Carrie and Todd, had an affair with rising starlet Elizabeth Taylor, whom he left Reynolds for. More scandal followed when she divorced her second husband, Harry Karl, who apparently had a gambling problem that led to depleting Reynolds’ savings. 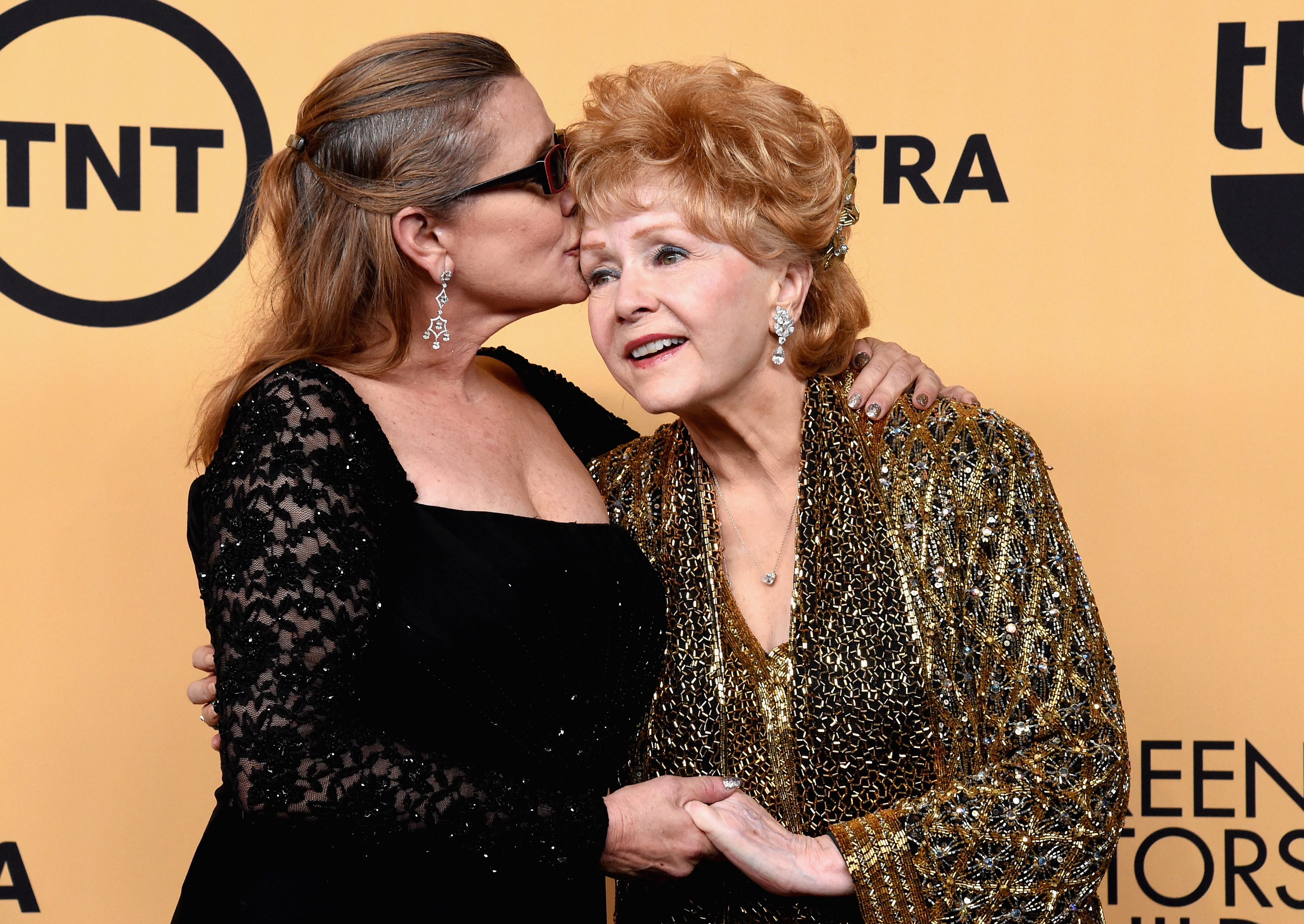 She had a sometimes tumultuous relationship with her daughter Carrie, which was well documented both on-screen and off. Postcards From the Edge, the 1987 novel written by Carrie and the subsequent 1990 film of the same name were reportedly based on their mother-daughter relationship. They also discussed their complicated relationship in Lifetime’s Intimate Portraits – Debbie Reynolds and Carrie Fisher, via candid interviews that touched on the mother-and-daughter’s competitive pitfalls, but also the obvious love that they had for each other. It featured additional insight from Todd.

Throughout Reynolds’ trials and tribulations, Reynolds continued to work, whether in film, television, Vegas or on Broadway, where she received a 1973 Tony nomination for a revival of Irene. She guested on Golden Girls and Roseanne and in 2000 she earned an Emmy nomination for her recurring role as Grace’s mother in Will and Grace. She also starred in Steven Soderbergh’s Behind the Candelabra as Liberace’s mother for HBO in 2013. Her voice work was heard on Kim Possible and Family Guy.