Danny DeVito at 70: A National Treasure on Sex, Drugs and Family - Rolling Stone
×
× 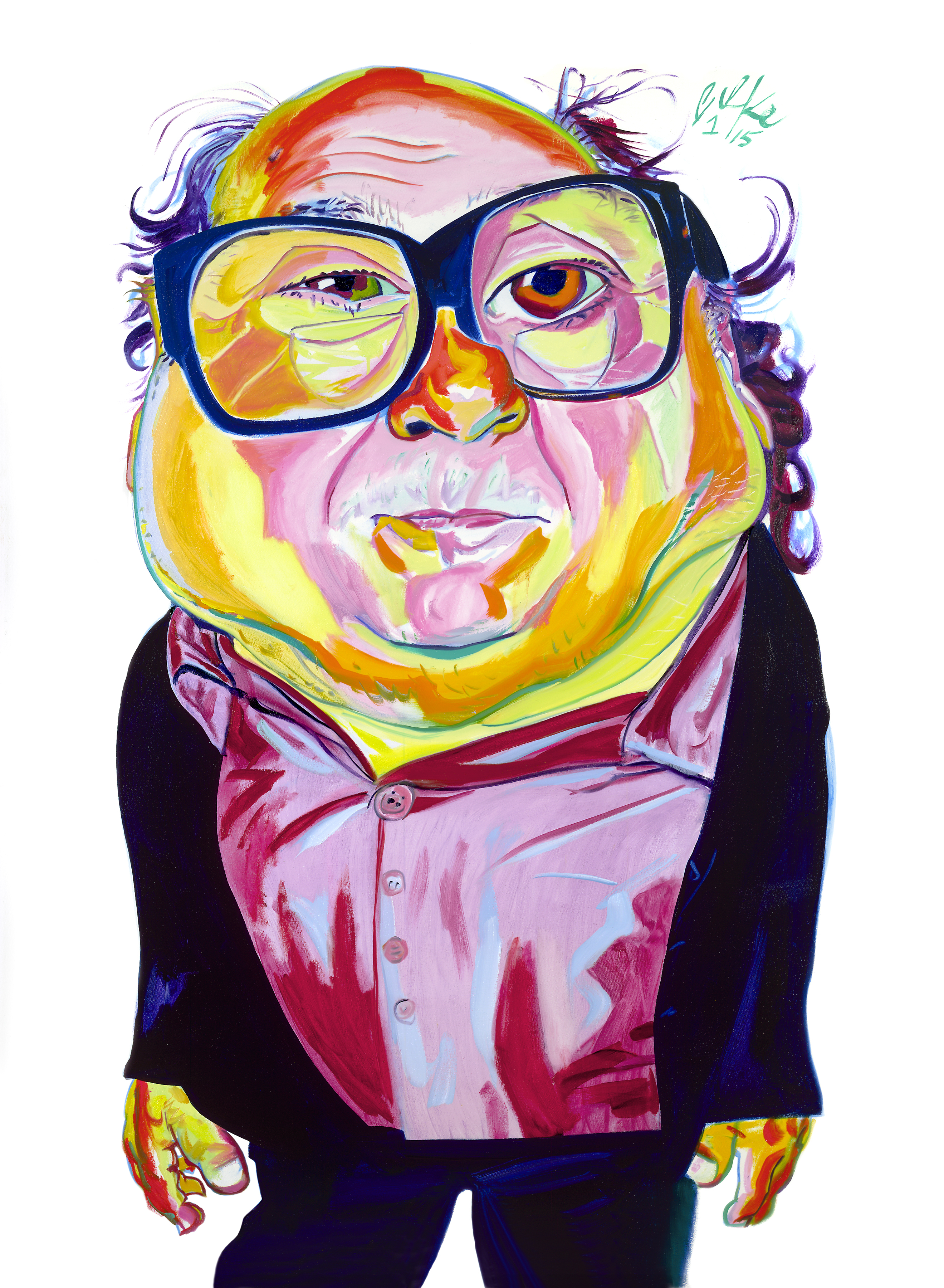 Outside his Malibu beach house, all snuggly in the early-afternoon sun, belly protruding from a half-unbuttoned shirt, balding scalp protected by a ball cap, feet not even coming close to touching the end of the chaise longue upon which he rests, Danny DeVito is working his way through one cup of coffee, preparatory to having another one, and maybe even a third. This is the way he is. This is the way he’s always been. “I have appetites,” he says. Then he says, “Let’s juice it up, man,” and promptly slurps the top off of how he takes it, black and gut-twisting strong. After that, he lays back and talks. He likes to talk. About himself, mostly. But he knows this and is unapologetic, which is just one of his many charms and makes it all fine.

“I have such a good life,” he’s saying now. “I may be worried about, you know, are my feet dry? Should I put some more cream on my legs? This is, like, my big problem. So, yeah, I am self-centered. It’s like, ‘Here I am!’ Me, me, me, me, me, basically — bullshit, bullshit, bullshit. I was coming down the street the other day and saw a possum. Who the fuck cares about it? I want to tell you what happened to me!”

He’s 70 years old. Fifty-one years ago, he left the family home in Asbury Park, New Jersey, to move to New York and become an actor, much to the amusement of his friends, who took one last look at their buddy — then, as now, he stands only five-foot-zero-zilch-bupkis tall — and said, “Fuck, Dan, who do you think you are, Gregory Peck, Clark Gable? Look at yourself. You stupid bastard, you fucking moron, you jerk-off!”

The way things worked out, his size turned out to be a blessing, not a curse. First as crabby, sleazy, foulmouthed butterball Louie De Palma, Sunshine Cab Co.’s gnomish dispatcher in the glorious sitcom Taxi (1978-1983); then as any number of truculent, bombastic, conniving and menace-minded characters in movies like Romancing the Stone (1984), Throw Momma From the Train (1987), Batman Returns (1992) and Get Shorty (1995); and most recently, since 2006, as nasty, duplicitous, daughter-waterboarding, tighty-whitie-displaying, totally depraved and amoral half-pint father figure Frank Reynolds, in FXX’s It’s Always Sunny in Philadelphia, now in its 10th cult-favorite season, which correctly promotes the show as being like “Seinfeld on crack.” 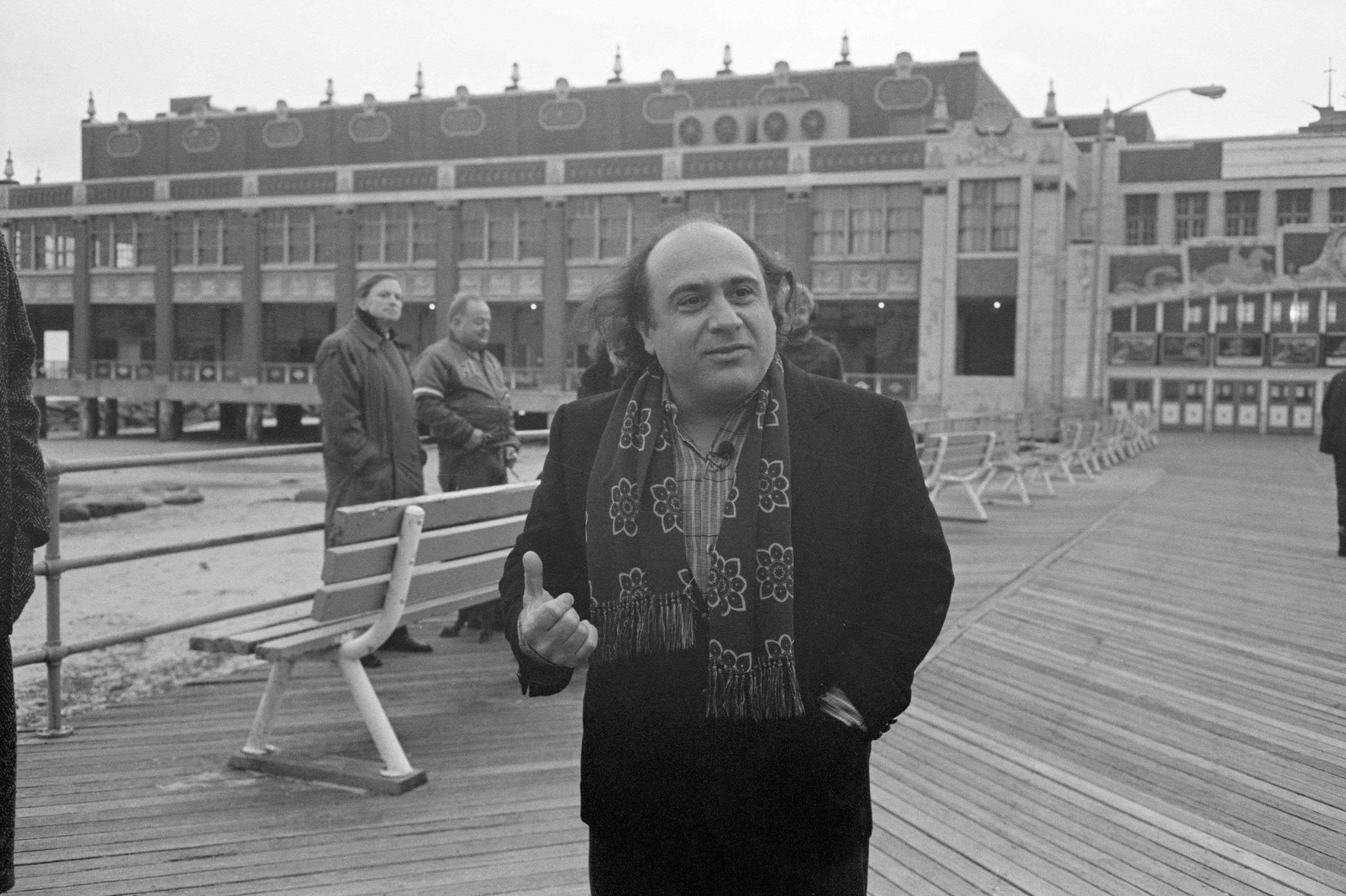 In the process, he’s become something of a national treasure, beloved by all, frowned upon by none. Even when he showed up drunk on The View in 2006, calling George Bush a “numbnuts” and blabbing on about having sex with wife-of-33-years Rhea Perlman in the Lincoln Bedroom at the White House, the ladies in charge couldn’t have been more tickled. And, in 2013, not even the hardcore gossip rags could bring themselves to delve too deeply into DeVito’s five-month separation from Perlman (herself a national treasure, for her role as Carla on Cheers).

The most important thing to know about DeVito is that as a kid growing up on the Jersey Shore in the 1950s, he was not bullied because of his height, he was not teased, he was not shunned. There was none of that. Then again, when it came to girls, he did have certain issues. For one, while slow-dancing at a mixer, his big fear was that his nose would end up pressed against his partner’s cleavage, causing certain levels of discomfort. Then there’s how he says the nuns at Our Lady of Mt. Carmel dealt with universal adolescent urges. “Masturbation? That doesn’t exist. We never heard the word ‘sperm,’ or about a clitoris or about ejaculation. It was all secret.” He went on his first date at nine years old, maybe eight, to a movie at the St. James Theatre in Asbury Park. Their moms dropped them off. They went inside, they held hands, and then he kissed her. “There was no tongue involved,” he says, “but it was a kiss.”

And how old was he when he lost the, you know, deal?

He leans forward. “See, here’s the thing about losing the deal. What it’s really about is having an ejaculation while you’re with somebody. That’s what you’re looking for. Coming in your pants, right? So the first time that happened? Ten, 11.”

But, see, that’s DeVito in a nutshell. He defies all expectations and has been doing so for a very long time.

I didn’t want him, but I’m so proud of him,” his mom, Julia, once said. She was 40 when he was born, with two teenage daughters already in the house. They were a working-class family. His father, Daniel Sr., went from owning a sweet shop to a dry-cleaning business (named Dan Dee Cleaners, naturally) and finally to a pool hall, where he put his son to work replacing the tips on cues.

At the age of 14, DeVito persuaded his father to send him away to boarding school. It was 1958. He’s always said he did this because heroin had recently arrived in Asbury Park. Not that he didn’t like drugs, stolen pharmaceutical-grade uppers and downers especially, but his friends were gung-ho for “the horse,” as he calls it, and he worried he might dabble. But that’s not the only reason he wanted to leave.

“My father had a drinking problem and was sick in that way,” he says, over a bag of chips, a deli-meat sandwich and a Diet Coke. “It’s why I constantly look around to make sure everything is all right. When I was a kid, family-wise, you always want everything to be smooth and easy. Calm. And my father was a sweet man during the day. But as soon as he had a drink, he went off the deep end. I felt vulnerable. And so, yeah, get out of the house.”

He angles his body sideways, his neck disappearing into his torso. The round moon of his face is a fascinating thing. Sometimes, it looks a little weary, like a shoeless hobo’s. Most of the time, though, it’s all lit up, like a cheerful fire is ablaze. He reaches for his coffee. It seems like as good a time as any to ask about his marriage. He and Perlman, with whom he has three grown children, had that brief separation in 2013, about which he has barely uttered a word in public. It makes you wonder, though, what kind of trouble he most often gets into with her?

His eyes turn to coal. “You can’t go there,” he says flatly, his tone returning to its Jersey roots. “Anything that’s got to do with men and women, I don’t know nothin’.” He goes on, “Got married ’cause my mother was still around. Gonna have kids. Italians. Got married. Had a great time, 31, 32 years. Ain’t easy, is it? We had a lot of fun. Still have fun. But it’s all about the kids, man. That’s what happens.” 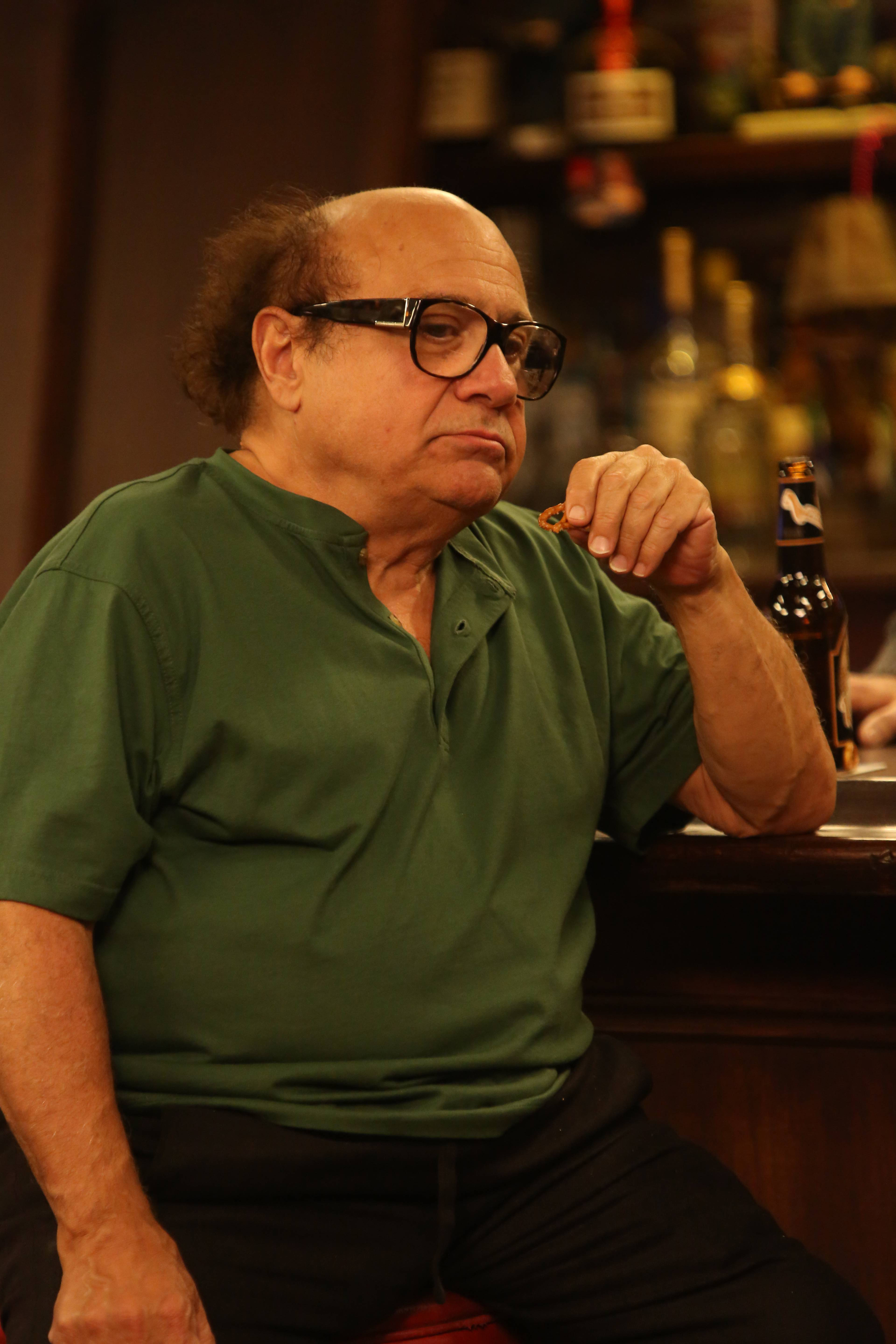 He looks off, past the dunes rising toward the sea. Unfortunate that he had to, but he seems to have learned the lesson well: Family-wise, you always want everything to be smooth and easy.

After graduating from high school, he stuck it out at home, with no idea what to do next. Eventually, he became a hairdresser at his sister Angela’s salon — where he was known as Mr. D and loved the job, mainly because he was surrounded by women. In 1964, he decided to study makeup at the American Academy of Dramatic Arts in Manhattan, where he took an acting class and realized that was the life for him. One of his roommates in New York was Michael Douglas, who gave DeVito his first big break, hiring him to play a mental patient in One Flew Over the Cuckoo’s Nest, which got him set up in Hollywood. When Taxi came along in, 1978, his friends said, “Television?! You’re crazy to do that!” Then, 27 years later, after starring in movies with some of the era’s biggest names (Arnold Schwarzenegger, John Travolta) and producing any number of epochal hits (Erin Brockovich, Pulp Fiction), along came It’s Always Sunny in Philadelphia. This time, his friends said, “What are you going to do this for? It’ll be a blip on the radar!” As usual, he did not listen. “What am I going to do, sit at home in my pajamas all day, like Howard Hughes?” he says.

So, here he is now, having made it all the way from the Jersey Shore to the California shore, basking in the late-afternoon Malibu sunshine. And even with so much history behind him, he is still hungry for more. Of everything.

“Yeah, I overindulge,” he says. “Back when we did illegal drugs, I’m the one if you put . . .” He pauses here. He looks up at the sky. Maybe he needs a little help. Is he talking about what would happen if you put out a couple of lines of coke, perhaps?

He nods. That’s it, exactly. “And then if you said, ‘There’s some in the bathroom for you’ — well, don’t think that later on there’s going to be any left for you.”

And if somebody put those lines out today, would he do them, at his age?

This being DeVito, with his appetites, there can only be one answer. “Why not? A line of coke? What’s the matter? Look at what I’m doing to myself with a cup of coffee and a Diet Coke. I’m ashamed of myself. But if you knew it was good, you’d do a little bit. I wouldn’t make a habit of it. But it’s so beautiful. It’s so wonderful that you don’t want to pass it up. I mean, if somebody had some good acid, too. But, yeah, the bump. I would do it.” And then once again he says, “Why not?”