Christopher Lee, 'Lord of the Rings' and Horror Star, Dead at 93 - Rolling Stone
×
×

Christopher Lee, the prolific British actor whose specialty for villainy earned him roles as far and wide as Frankenstein’s monster, the Mummy, Bond foe Scaramanga, Sith Lord Count Dooku and Saruman in The Lord of the Rings franchise, died Sunday, in London, according to The Hollywood Reporter. He was 93.

Lee had been admitted to Westminster Hospital for respiratory problems and heart failure. His wife, former Danish model and painter Gitte Kroencke, withheld the news in order to inform family first.

Born in 1922, Lee served in the Royal Air Force and Special Forces during World War II, and in 2011 told the Telegraph, “When the Second World War finished, I was 23 and already I had seen enough horror to last me a lifetime. I’d seen dreadful, dreadful things, without saying a word. So seeing horror depicted on film doesn’t affect me much.”

On the advice of his uncle, Lee entered the film business after the war, and in 1957 earned his first role as the monster in the hit, The Curse of Frankenstein. The film was Lee’s first for vaunted horror production company Hammer Films, where he would go on to create some of his most iconic roles.

Among his most diabolical characters were criminal mastermind Fu Manchu in a handful of films released between 1965 and 1969, and Scaramanga, the assassin with a penchant for gold bullets in the Bond flick The Man with the Golden Gun (his cousin and golf buddy, Bond creator Ian Fleming, reportedly wanted him as the titular Dr. No). Lee would make turns as Lucifer, Rasputin, Dracula (10 times) and in 1958, appeared alongside horror pioneer Boris Karloff as one of his henchmen in Corridors of Blood. 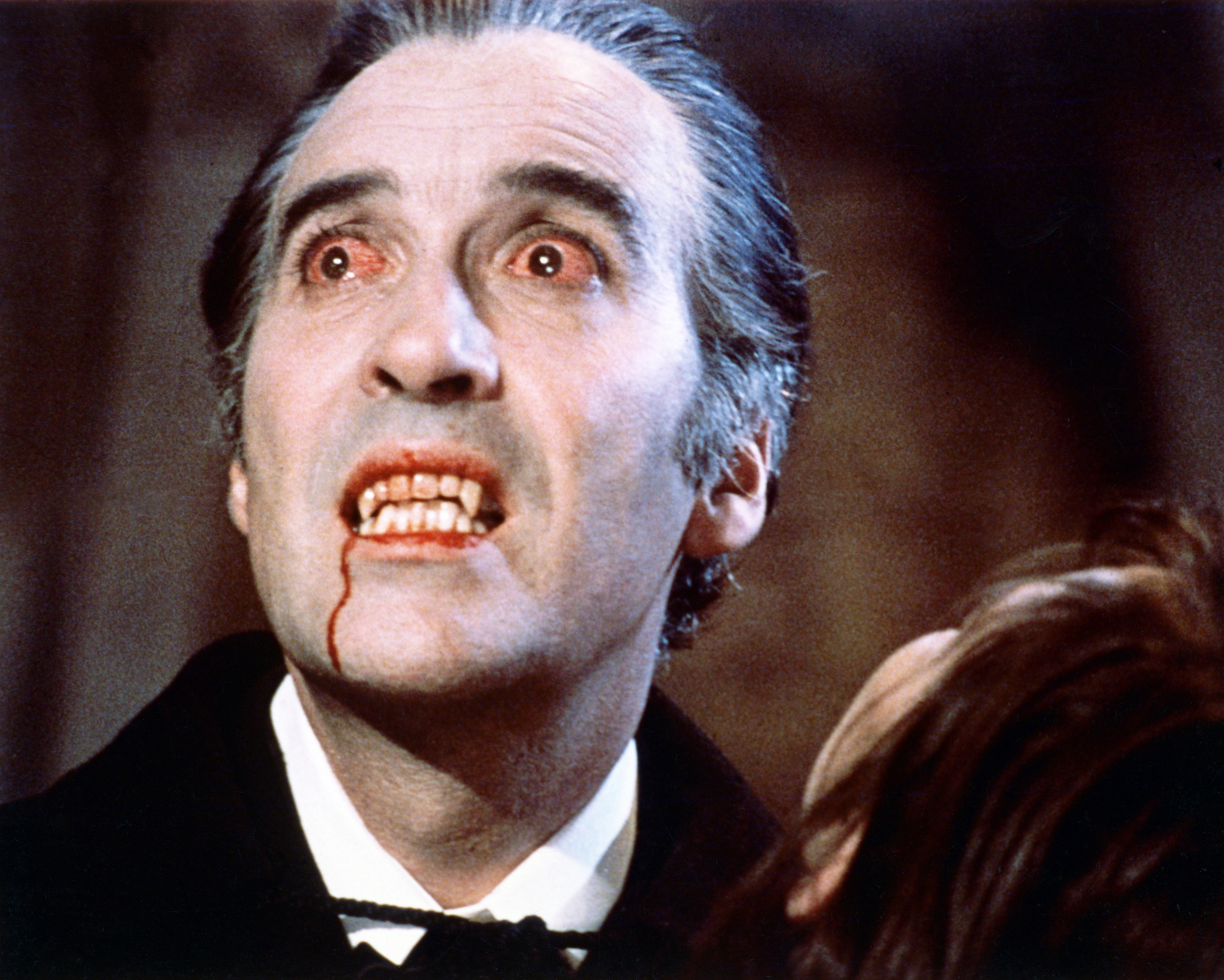 While villainy may have been his calling, Lee was a deft performer across all genres. He showed off his comedic side when he hosted a highly-rated episode of Saturday Night Live in 1978, and portrayed one of the greatest good guys of all, Sherlock Holmes, several times. He said his proudest role was as Muhammad Ali Jinnah, the founder of Pakistan, in 1998’s Jinnah.

At the turn of the century, Lee entered what he would call “the most extraordinary decade of my life”: Along with performances in Peter Jackson’s The Lord of the Rings films and the second Star Wars trilogy, Lee appeared in four Tim Burton films — Sleepy Hollow, Sweeney Todd, Charlie and the Chocolate Factory and Dark Shadows — and Martin Scorsese’s Hugo. In 2009, he was knighted.

Lee was a music fan as well, appearing in several operas and even on the cover of Paul McCartney and Wings’ 1973 album Band on the Run. In 2010, at age 87, Lee released a heavy metal concept album, Charlemagne: By Sword and Cross, and followed it up three years later with another LP featuring Black Sabbath’s Tony Iommi on guitar (a metal rendition of the Christmas classic, “Little Drummer Boy,” remains a fan highlight).

Though Lee did not like being known as a “horror legend,” in 2003, he spoke with The Guardian about his fascination with the nature of evil: “‘Good’ people…being persistently noble can become rather uninteresting. There is a dark side in all of us. And for us ‘bad’ people, the bad side dominates. I think there is a great sadness in villains, and I have tried to put that across. We cannot stop ourselves doing what we are doing.”