Carrie Fisher is dead. If I can’t get my head around that inconceivable fact, it’s because her voice is still in my head. Her smarts and her humor, both fueled by curiosity. Her laugh bubbling up like her honesty – both unfakable. Carrie, always the smartest person in the room. And the most fun. That could be intimidating. She knew it.

When we first met, she was already Princess Leia, Star Wars royalty even in that ridiculous bun. I made a joke about it, and Carrie looked disappointed. She wasn’t hurt; she just wished the joke was better. You could try to thrust and parry with her, and it was exhilarating trying to keep up with her quicksilver wit. But after a few minutes, you’d be panting. She’d still be raring to go.

The Tao of Carrie Fisher: 37 Great Quotes From the Actress and Author

That’s why I find it so hard to believe that a heart attack, even a massive one, could silence her. Recently, in Rolling Stone, she informed the world that she was “not going to enjoy dying.” Then she added, “But if I was gonna do it, I’d like someone like me around.” Exactly – nothing like that Fisher spirit to ferry you through the void. But, at only 60, she left behind her daughter, Scream Queens actress Billie Lourd, 24; her Hollywood legend mother, Debbie Reynolds, 84; her actor-producer brother Todd Fisher, 58; her half-sisters Joely Fisher, 49, and Tricia Leigh Fisher, 48; and her French bulldog Gary, who visited her at the UCLA Medical Center after she went into cardiac arrest on a flight from London to LAX. Her condition appeared to be stable for awhile. At 8:55 on the morning of Dec, 27th, she was gone.

The obits hit all the standard beats: Her talents as an actress, author, screenwriter, producer and theatrical force. I saw her on Broadway in 2009 in Wishful Drinking, a one-woman show that saw the actress joke her way through her tumultuous childhood as the daughter of Debbie Reynolds and singer Eddie Fisher; and later, the step-daughter of Elizabeth Taylor, the screen siren her dad famously left Reynolds to marry. Audiences laughed as the show toured before landing on HBO. But the pain showed through. Fisher was never one to soften the blow even when she was feeling her own punches. But no self-pity. Not ever. 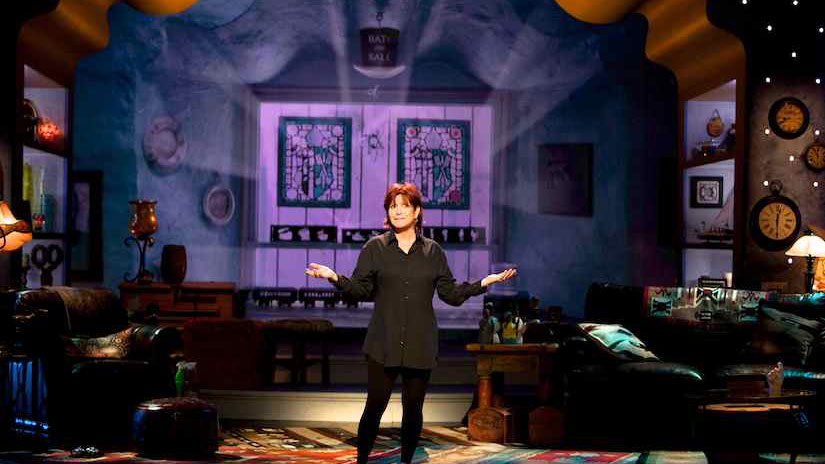 Fisher’s bipolar disorder and addictions to cocaine and prescription drugs also made headlines, along with the electroshock treatments she took, in her words, “to blow apart the cement in her brain.” Again, Fisher got out in front of the tabloids, fictionalizing her own life in the bestselling Postcards From the Edge, which became a hit 1990 movie with Meryl Streep standing in as Fisher’s fictional avatar.

Her life often overshadowed her acting career, from her marriage to Paul Simon and their divorce to her affair with bisexual talent agent Bryan Lourd, which resulted in the birth of their daughter. And then there were her frequent hospitalizations and manic episodes. How could movie roles compete with that? The youngster had shown real promise in her debut film, 1975’s Shampoo, as a teen nymphet seducing Warren Beatty’s hairdresser on a tennis court. She’s a laugh riot in 1980’s The Blue Brothers, seeking machine-gun vengeance on John Belushi’s Jake Blues for loving and leaving her. And there’s a priceless bit in Scream 3 with Fisher playing an actress mistaken for … Carrie Fisher. “But come on,” Fisher told me once, grinning brightly, “I won’t be remembered for my acting.”

Except, of course, as Princess Leia, a role she played in the original Star Wars trilogy and last year in Star Wars: The Force Awakens. George Lucas himself has admitted how much she improved her own dialogue; it’s hard to forget the sharpness with which she calls Han Solo, “a stuck up, half-witted, scruffy-looking nerfherder!” Her scenes with Harrison Ford nearly 40 years later in The Force Awakens take on a special resonance in the light of the affair Fisher recently revealed she had with the then-married actor in 1976, in her 2016 memoir The Princess Diarist. 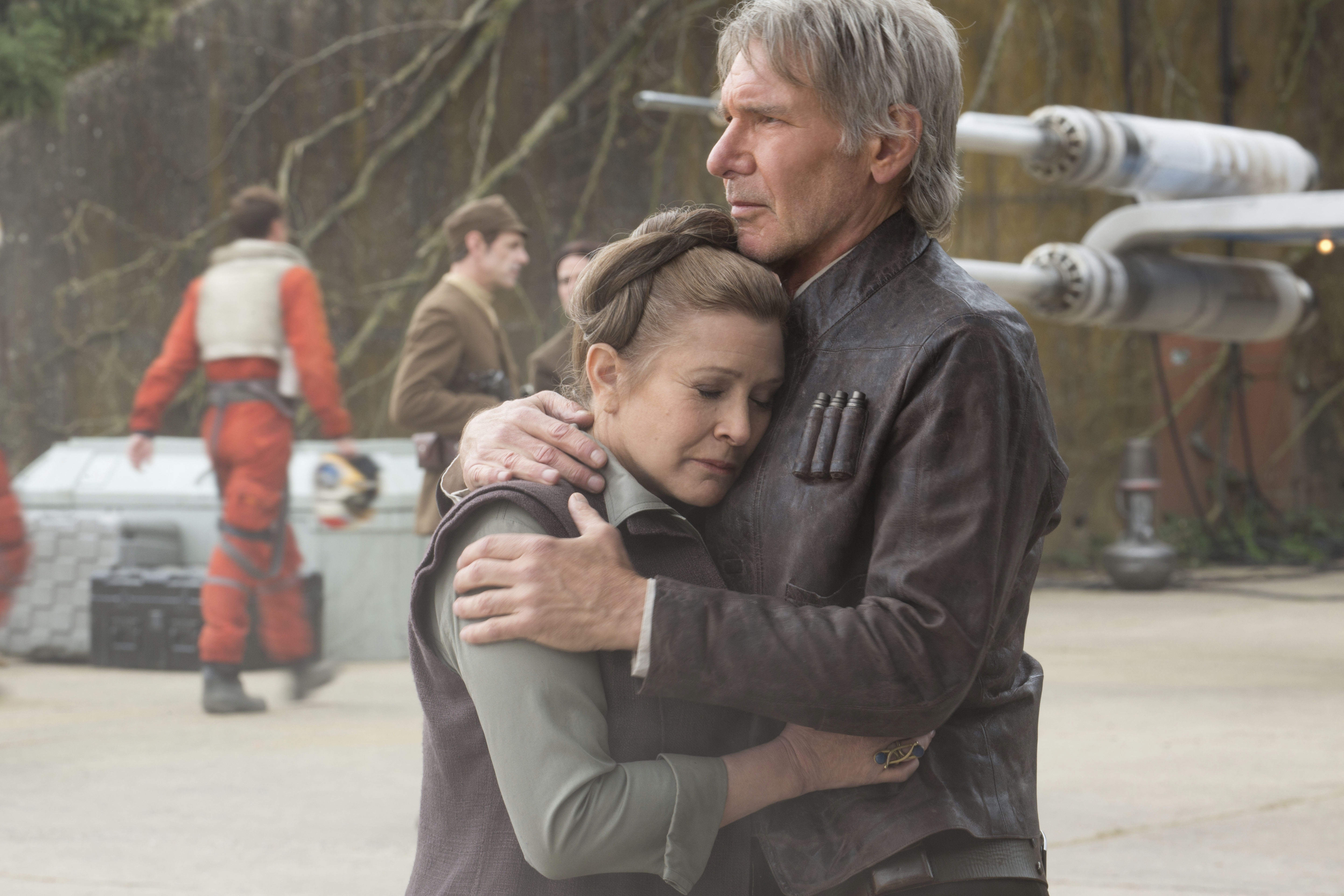 Fisher was always bigger, quicker, brighter, funnier, deeper and truer than any part she’s ever played. “I think I write about myself so much to get a better hold on myself,” she once told me. The star rarely gave herself credit for finding larger truths in the specifics of her own experiences. But any true Fisher addict knows that was one of her strengths. Early next year, HBO will air the documentary Bright Lights, in which Fisher and her famous mom – they lived next door to each other – reveal both a closeness and a not-always-amiable rivalry. Debbie, now in frail health, is ever the star ready for her closeup. Carrie, fearlessly open and utterly unvain, lets it all hang out, telling of how mom offered to bring in a male friend to help her daughter lose her virginity. She declined. “I was street smart,” she said, “but unfortunately the street was Rodeo Drive.” It’s a probing portrait of a Hollywood childhood that goes to dark places but never in the absence of love.

That’s the Carrie I knew. Even her sharpest comments diluted by a kindness that extended widely. She was never less than authentic and expected the same in return. Most of all, she faced her flaws so candidly, which was what made Carrie the perfect antidote to the sham of celebrity. And oh, could that girl laugh like hell at herself. She once proposed her own obituary: “Carrie Fisher drowned in moonlight, strangled by her own bra.” That’s the voice I still hear in my head. It’ll always be there.