Angelina Jolie-Pitt wants you to look at her breasts.

They’re a major character in By the Sea, Jolie-Pitt’s third film as director (and the first in which she’s done double-duty as a star). They lurk beneath her blouse like thinly veiled subtext and jut above the surface of her bathwater like two theater actors slightly visible in front of the stage curtain. The actress hasn’t shied away from nudity in the past, but she’s never been as genuinely naked as she is here.

One of the most looked-upon people in the history of the world, Jolie-Pitt hasn’t been easy to see during recent years — By the Sea is only the second film in which she’s appeared since The Tourist in 2010 (she only lent her voice to Kung Fu Panda 2, and even in Maleficent her iconic jawline was disfigured by prosthetics). In fact, the sex symbol’s image was entirely absent from her most visible moment in recent memory, when Jolie-Pitt published an op-ed in the New York Times in May 2013 that announced — and candidly detailed — her preventive double mastectomy. “I do not feel any less of a woman,” she wrote. “I feel empowered that I made a strong choice that in no way diminishes my femininity.” It was as bold and intimate a confession as any celebrity of her wattage has made, until — two years later — she wrote a follow-up piece about her decision to have her ovaries and fallopian tubes removed as well.

'Maleficent' and the Rise of the Grim Fairy Tale

So while it’s speculative to draw specific connections between Jolie-Pitt’s personal life and certain plot points in her latest film, By the Sea knowingly invites them all the same — an inevitability when you’re a hyphenate acting against your real-life husband Brad Pitt. At one point during this tale of an impossibly chic couple whose marriage is unraveling, her depressed character, having just jumped into the ocean fully clothed, declares: “Now my outside matches my inside.” It’s a clumsy moment, but a reminder that Jolie-Pitt is nothing if not self-aware. If her labor-of-love project asks people to admire her immaculately re-sculpted breasts or to gawk at her glamorous life, it requires that they do so reflectively.

So yes, the film may be about vanity — but to call it a “vanity project” would be more than a little glib. Big surprise: That’s exactly what a lot of people are calling it, as critics have labeled it one like the distinction is as obvious and objective as a genre. Some blogs didn’t even wait to see the finished product, reflexively slapping the term on the movie as soon as the trailer was released. If By the Sea is a vanity project, then we’ve been using that term wrong from the start, and it’s time to get rid of it.

To wit: “Vanity project” is one of those nonsense things that people casually say without understanding what it really means, like “The War on Christmas” or “Rated R for language throughout.” Colloquially, however, it’s often used to shame powerful celebrities who leverage their fame, deviate from their brand, and reach beyond their talent in order to make a commercially disastrous piece of work. For example, rather than describing this personal project as “a movie for which Angelina Jolie-Pitt courted embarrassment by exercising the artistic freedom with which our ticket dollars have empowered her over a 20-year span of consciously supporting her career,” you can just say “By the Sea is a vanity project.” How convenient is that? 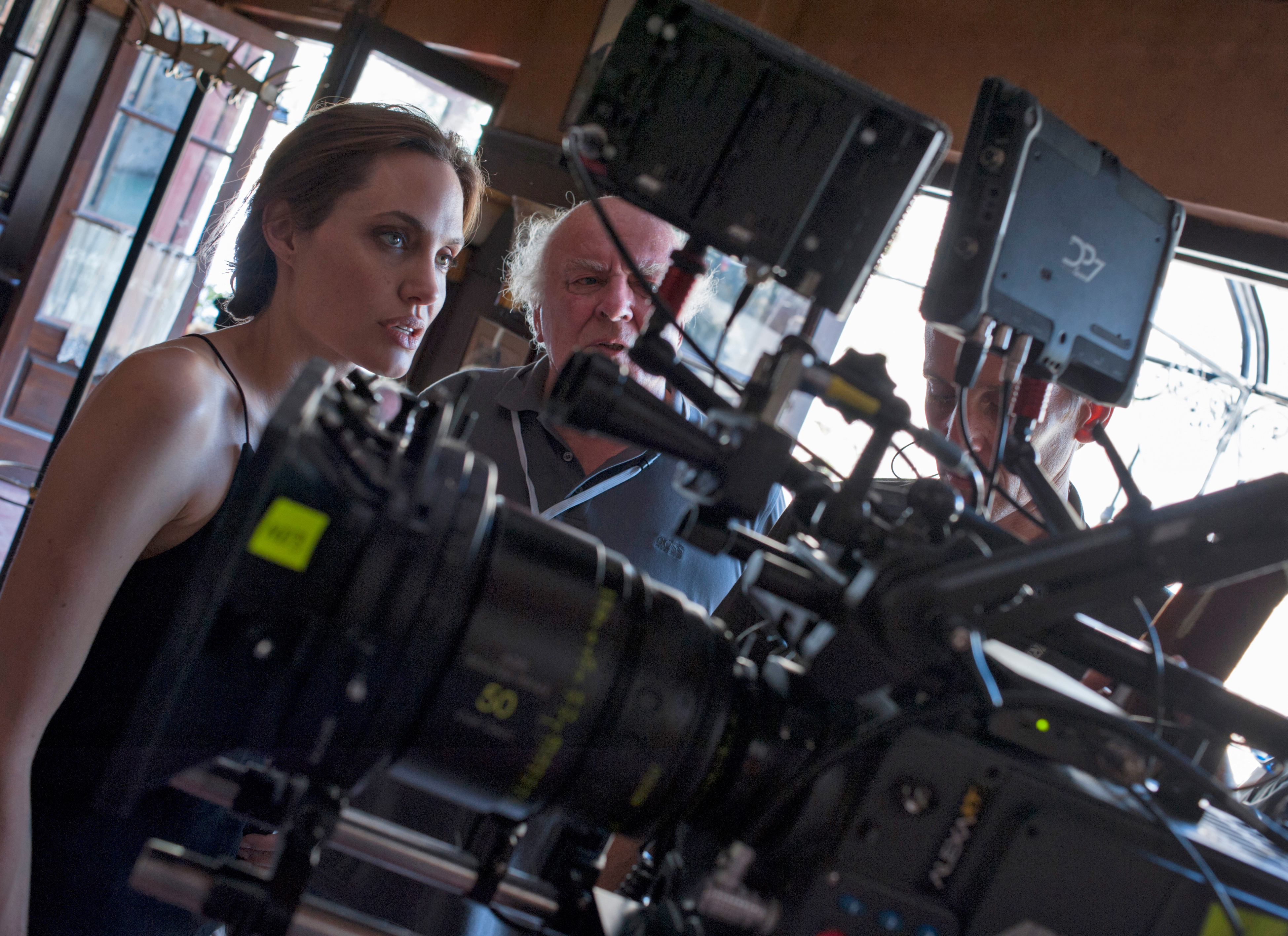 Indeed, the phrase is an absolute masterpiece of creative defenestration. Movie studios have long used the term to humble and disempower talent who flex too much muscle, and their success in selling such corporate rhetoric to the public is one of the most insidious triumphs in Hollywood history. It’s a term propagated by corporate interests to sucker audiences into rooting against financially risky filmmaking. Not only does the notion provide studios with a perfect scapegoat, but it also implies that some of their robustly budgeted star vehicles aren’t vain; we’re talking about show business, where it takes the narcissism of a Pharaoh just to campaign for a Golden Globe. Not to discount the obvious role that unchecked egos surely played in the production of Battlefield Earth or The Postman (or Citizen Kane, or Apocalypse Now), but the idea of a “vanity project” is fundamentally opposed to the premise of how art is supposed to work.

And though the term may not have a proper definition, its meaning is only getting worse. Once upon a time, such an ego-driven project was about exploiting the system (the one-for-them, one-for-me mentality); now it’s about having the wherewithal to work around it. By the Sea may be set in the Seventies, but it reflects a contemporary film culture in which every modestly budgeted movie for adults feels like a blast from the past. Moviemakers get two choices: do something that costs less than $2 million, or more than $200 million. Everything in between is seen as a gamble, or not seen at all. As a result, quality and size are now often thought to be mutually exclusive. It’s a symptom of a multiplex age in which Captain America opens on 4,000 screens and Mistress America is considered to be an indie success story because it briefly played on 500.

Three decades ago, the project would have seemed unremarkable, but in today’s go-big-or-go-VOD landscape, a film like this is unclassifiable. Now, when a celebrity creates something that seems beyond their brand, the reaction is predictably hostile: First come the raised eyebrow, next the long knives, and finally — and most senselessly — the accusations that Jolie-Pitt (or whomever) has only made the movie “because she could.” That’s an absurdly cynical assumption to make about an artist, let alone one whose track record as a director suggests that her integrity eclipses her behind-the-camera talent. Suddenly, we’re uncomfortable with Hollywood royalty daring to cash in their cachet — we look at Jolie-Pitt and her husband moving into artsy territory and think of it like an arrogant intrusion, like the prom queen and the all-star quarterback auditioning for the high school play.

If studios feel as though they can’t afford to make medium budget films, audiences can’t afford to punish famous people for having the temerity to create intimately personal art in a system that seems determined to squelch that out. We can’t afford the widely shared opinion that Jolie-Pitt didn’t make a masterful relationship drama to putrefy into a consensus that she shouldn’t have even tried. It stands out because it argues that movie stars are never too big to feel. If By the Sea is a vanity project, then the vanity is entirely our own.