John Singleton, the Oscar-nominated filmmaker behind films like Boyz n the Hood, Rosewood and Four Brothers, died Monday after suffering a stroke. He was 51.

Singleton was hospitalized April 17th and later fell into a coma. Per a statement from his family, he was immediately placed in the hospital’s intensive care unit. “It is with heavy hearts we announce that our beloved son, father and friend John Daniel Singleton will be taken off of life support today,” his family said in a statement. “This was an agonizing decision, one that our family made, over a number of days, with the careful counsel of John’s doctors.”

Janet Jackson, who starred in 1993’s Poetic Justice, wrote of Singleton on Instagram, “You gave me my first movie role, my first Oscar nomination and so much more. Thank you for all you have given to the world through your work and all you have done for Black culture, women and young filmmakers. I will miss you John. Keeping your family in my prayers.”

On Twitter, Ava DuVernay summed up Singleton’s impact and legacy, especially among black filmmakers, writing, “There aren’t many of us out here doing this. It’s a small tribe in the grand scheme of things. He was a giant among us. Kind. Committed. And immensely talented. His films broke ground. His films mattered. He will be missed. And long remembered. Thank you, John.”

Courtney B. Vance, who starred as Johnnie Cochran in an episode Singleton directed of The People v. O.J. Simpson, tells Rolling Stone, “One of those episodes directed by John titled ‘The Race Card’ opens with an emotional scene of Johnnie Cochran and his daughters being pulled over by an ill-intended police officer, as well as an epic courtroom scene between Cochran and Darden where the two men have the ultimate confrontation. As a black man, father, and actor, those were very challenging scenes for me, but they were also so very important to tell the full story of Mr. Cochran, the man and attorney. John understood that and worked with us to bring those scenes to life in the way only he could – unapologetically honest and true. John was truly one of a kind and his voice and presence will be deeply missed. But the spirit of his extensive body of work – and the trails he has blazed for generations of filmmakers — will live on.”

Singleton famously became both the first African American and youngest person to be nominated for Best Director at the 1992 Academy Awards after the massive success of his debut film, Boyz n the Hood (he was also nominated for Best Screenplay). The film cast a rare spotlight on parts of Los Angeles that weren’t Hollywood and offered a potent, and equally rare, portrait of an American black family.

“It’s truly sad and heartbreaking,” one of the film’s stars, Morris Chestnutt, tells Rolling Stone. “I owe a 30-year career to John for giving a kid a chance to live out his dream. He left an indelible impression on the world. We love him and miss him.”

Angela Bassett, who also appeared in the film, adds, “I met John as a recently graduated first-time writer/director embarking on his nascent film career. I will forever remember him fondly from our first meeting during the audition process. He exuded many things that day… awareness, openness and above all, enthusiasm! Over the years, he never lost or left any of that behind. He provided and possessed a clarity of vision that I appreciate from that day till this. He gave a voice and an opportunity to many. Count me in that grateful number.”

Released in July 1991, Boyz n the Hood arrived at a fraught cultural moment, months after the LAPD’s beating of Rodney King, amidst the ongoing crack epidemic, the devastating War on Drugs and continued gang violence. But it was also part of a black arts vanguard — gangsta rap, and hip-hop in general, was more popular than ever (N.W.A.’s Ice Cube starred in the film) and Boyz n the Hood was one of 19 movies by black filmmakers that would be released in 1991, more than any other year in the past decade.

Though Boyz n the Hood was a financial and critical success, the film was also myopically maligned as a “gang movie” and much of the early media attention around the film focused on the violence that broke out at theaters on opening weekend. Some also accused the movie of pandering to this violence with a trailer that highlighted the few moments of gunplay in the film, while minimizing the more prominent dramatic elements. In a 1991 interview with Rolling Stone, though, Singleton said he purposely cut the trailer that way.

“It got motherfuckers in the theater,” he said. “That’s the bottom line. If the trailer for Terminator 2 showed the part where he agreed not to kill anyone, nobody would have gone to see it… People went with lower expectations; they thought it was the same old bullshit action-adventure in the streets of South Central L.A. But when they saw it was more, they really watched it.” 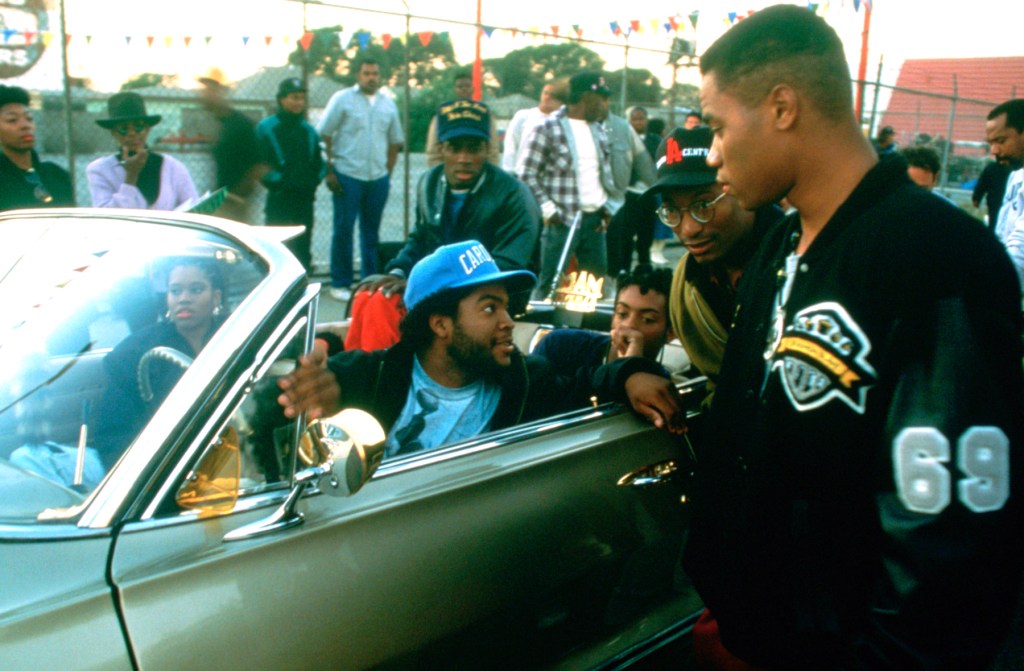 Singleton grew up in South Central Los Angeles and became obsessed with movies at a young age, ultimately enrolling at the University of Southern California’s film writing program. “Everybody wanted to get rich, but nobody wanted to work to get there,” he said. “I wasn’t into film to get money. I just wanted to make classic films about my people in a way no one had ever done.”

At USC, Singleton twice won the Jack Nicholson Writing Award, with the program’s director helping him get his early scripts in the hands of agents. Eventually, the Boyz n the Hood script made its way to Columbia Pictures and Singleton, despite his age, successfully convinced the studio’s chairman to let him direct his debut. When Singleton finally garnered his historic Oscar nominations, he was 24.

Following the success of Boyz n the Hood, Singleton continued to grapple with themes of racism and violence in coming-of-ages stories like the 1993 romantic drama Poetic Justice — starring Janet Jackson and Tupac Shakur — and 1995’s Higher Learning. In 1997, Singleton pivoted to historical drama with Rosewood, which was based on the 1923 Rosewood massacre in Florida, when a white mob decimated a black town.

Busta Rhymes, who appeared in Shaft and Higher Learning, called Singleton “one of my big brothers in this fraternity of the entertainment industry. Gave me guidance, believed in me, and when it came to film he saw greater potential in me that I saw in myself. He effortlessly made you feel his interest and genuine concern in you especially if you were a part of him. When he blessed me with the opportunity to be in Higher Learning and Shaft those were a dream come true for me on unspeakable levels.”

During the 2000s, Singleton also proved his mettle as a blockbuster director, helming the 2000 reboot of Shaft as well as 2 Fast 2 Furious, Four Brothers and Abduction. He also eventually turned to television, directing episodes of Empire and The People v. O.J. Simpson: American Crime Story. In 2017, his latest project, crime drama Snowfall premiered on FX. Set in Los Angeles in the early Eighties, the show chronicled origins and rise of the crack epidemic.

Samuel L. Jackson, who starred in Singleton’s 2000 remake of Shaft, said, “Mourning the loss of a collaborator & True Friend John Singleton. He blazed the trail for many young film makers, always remaining true to who he was & where he came from!!! RIP Brother. Gone Way Too Soon!”

Throughout his career, Singleton retained the vision and drive that persuaded the Columbia brass to let him direct Boyz n the Hood at such a young age and kept him a singular force in Hollywood for several decades.  “Real acceptance comes when you make a good film, and it gets widely accepted as a good film,” he told Rolling Stone in 1991. “It’s not about the novelty. Of course, there’s a lot of new black filmmakers now, but I ain’t no fucking novelty. I’m in it for the long haul. And if you ain’t in it for the long haul, you ain’t in it.”