Bowie in the Outback: Inside Making of 'Let's Dance' Video - Rolling Stone
×
×

In 1983, David Bowie, video director David Mallet and a skeleton crew traveled from London to the town of Carinda, Australia – population: 194 – to make the video for “Let’s Dance,” the title track from the singer’s best-selling album. It was an unusual clip even for Bowie, as the video blended scenes of care-free carousing with a highly politicized statement on the plight of Australia’s Aboriginal people. That dichotomy is explored in the fascinating short film Let’s Dance: Bowie Down Under, set to premiere next week at the Tribeca Film Festival in New York.

Directed by Rubika Shah, the film interviews crew members, local residents featured in the video and talking heads like music journalist Kurt Loder to explore the clip’s diverse themes. “It was very much David’s idea and concept,” Mallet tells Rolling Stone about the video. “It was his idea to shoot in Australia, which in those days was a bold thing to do for a music video. I don’t think any of us had any idea how important it was to do and what the reaction would be.”

How David Bowie, Nile Rodgers Made 'Let's Dance' a Hit

The roots of Let’s Dance: Bowie Down Under date back to 2008, when Shah visited Australia on an unrelated trip and noticed the divide between whites and Aboriginals. “Me being non-white myself, I started to understand some of those things he was saying,” Shah says. “You don’t really see Aboriginal people in the towns or when you go out to bars. I couldn’t believe that this story hadn’t been told.”

When Bowie landed in Carinda, it was, to quote journalist Matt Coyte in the film, “like an alien was walking down the street.” “Imagine David Bowie arriving in this sheep-shearing hamlet with few crew and no huge entourage of bodyguards,” Shah adds. “It was quite risqué.”

“It was like the Wild West in those days,” Mallet says. “You didn’t ask; you just did it. Nowadays, there would’ve been a health and safety executive who would’ve been asking the representative of the film company. In those days, you would literally go, ‘Oh, let’s go in the street and do this and then someone else holds the traffic up and you do it.’ It was guerrilla filmmaking.”

At the time, it was rare to see Aboriginal people portrayed in a positive light in Australia, much less the rest of the world. Bowie, shifting his position from a reclusive superstar to a responsibility-laden artist, wanted to change that, bringing in Aboriginal people he found at dancing and theatre schools and having them dance at the, to quote Mallet, “redneck bar” seen in the video. Bowie refused to use actors, opting for the real people that were in the bar at the time of shooting. “You couldn’t pay actors to act the way they looked with these Aborginals dancing in their bar,” Ross Cameron, the video’s producer, says in the film. 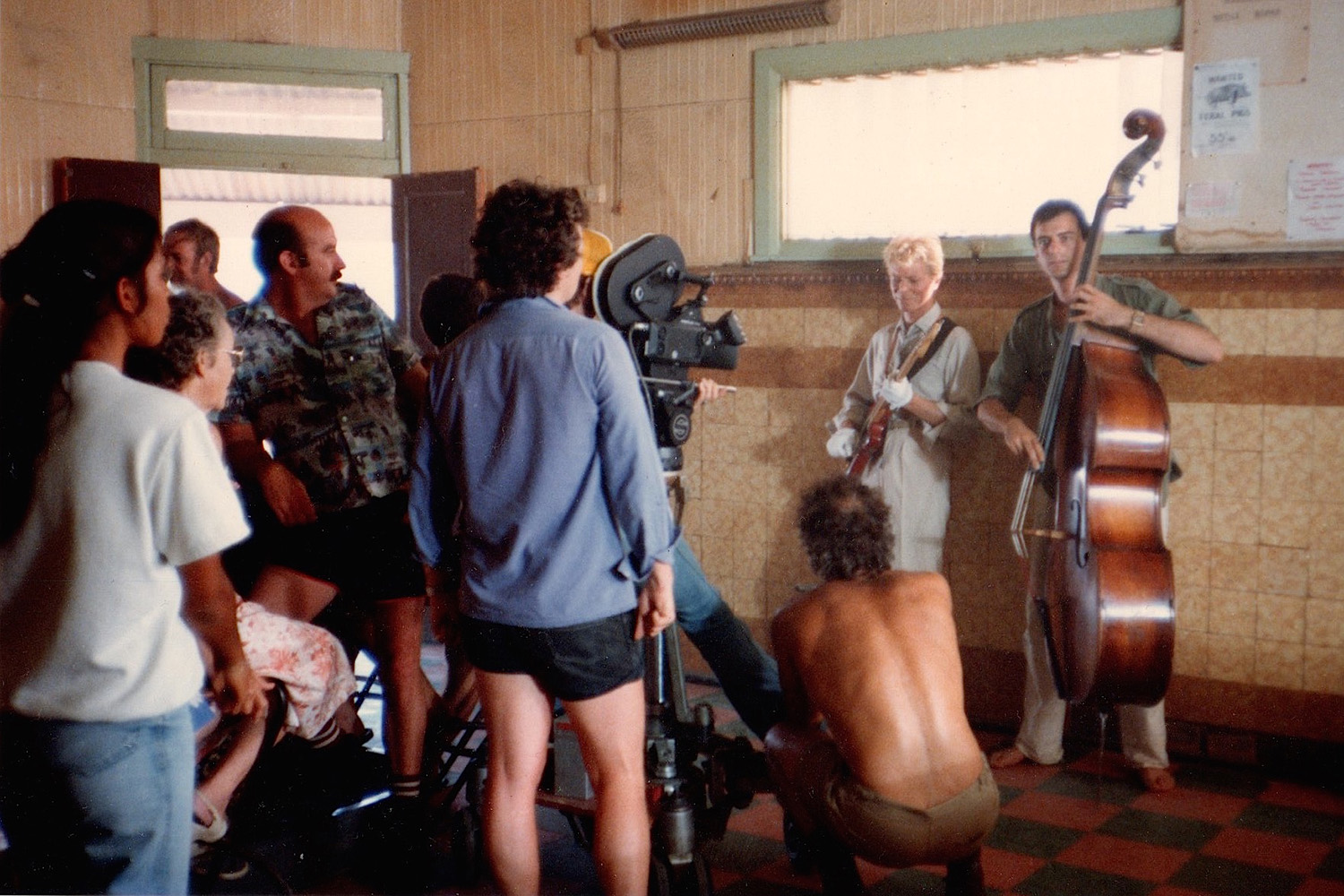 In 1983, memories of the “stolen generation” – the term used to describe Aboriginal children taken by the government and placed in white families – were still fresh in many people’s minds. “David wanted it to be in Australia and he wanted it to be politicized,” Mallet says in the film. “That was his bottom line.” Bowie inserted numerous direct references to the stolen generation in the video; a young girl scrubbing the street, as one professor notes in the film, refers to Aboriginal children that were trained as domestic servants before being sent to white homes.

“That’s down to his genius and boldness in thinking because it wasn’t a comfortable subject even in Australia,” Mallet tells Rolling Stone. “A lot of people were horrified about what we were doing.”

“We see so many shows about Australia and they’re all very one-dimensional,” adds Shah. “The glittering harbor. The Outback. [‘Let’s Dance’] made Aboriginal people feel proud of their culture. They’re not a spear-wielding tribal people out in the middle of nowhere. They live like everybody else does. But it was the first time that Aboriginals had been seen on global television like that.”

Bowie himself is interviewed in the short, revealing his concept for the video. “It’s a lot more straightforward than anything I’ve done in a long time,” he says. “It’s not so concerned with juxtaposing surreal images together. It’s a very direct statement about integration of one culture with another.”

For Shah, the years-long project, which she hopes to expand into a longer piece with Down Under producer and co-writer Ed Gibbs, is deeply personal. “I was born in the U.K., and my family heritage is partly Persian-Iranian, partly Pakistani-Kashmiri,” she says. “With that in mind, you’re always questioning your identity and feeling issues of belonging. I feel very British, but do other people feel I’m British? In terms of this story, it’s really interesting to ask those questions in a different culture and look at how the Aboriginals fit into Australia. It’s not for us to make judgments, but for other people to think about in that light.”