With just weeks to go before the 2019 Academy Awards, 20th Century Fox’s Bohemian Rhapsody continues to pick up steam, both at the box office — where it has raked in nearly $850 million worldwide — and as a frontrunner in the “Best Actor” race, where star Rami Malek has taken home almost every major accolade so far this awards season.

While critics were divided over the “Best Picture” nominee, fans have lapped up the movie’s beguiling plot line and energetic concert sequences, giving the biopic a solid “A” rating on Cinema Score and an 88% rating on Rotten Tomatoes. Further proof of the film’s success: It came out in early November and is still playing in theaters nationwide three months later (see tickets and showtimes here).

Here Comes the Merch: The Beatles Drop New Collection of Towels and Blankets for Summer

25 Pieces of Merch to Celebrate the 'Friends' Reunion

Whether you’re a longtime follower of Queen, or newly mad for Mercury (and Malek), we’ve rounded up nine pieces of merchandise for Bohemian Rhapsody fans that you can get online right now. 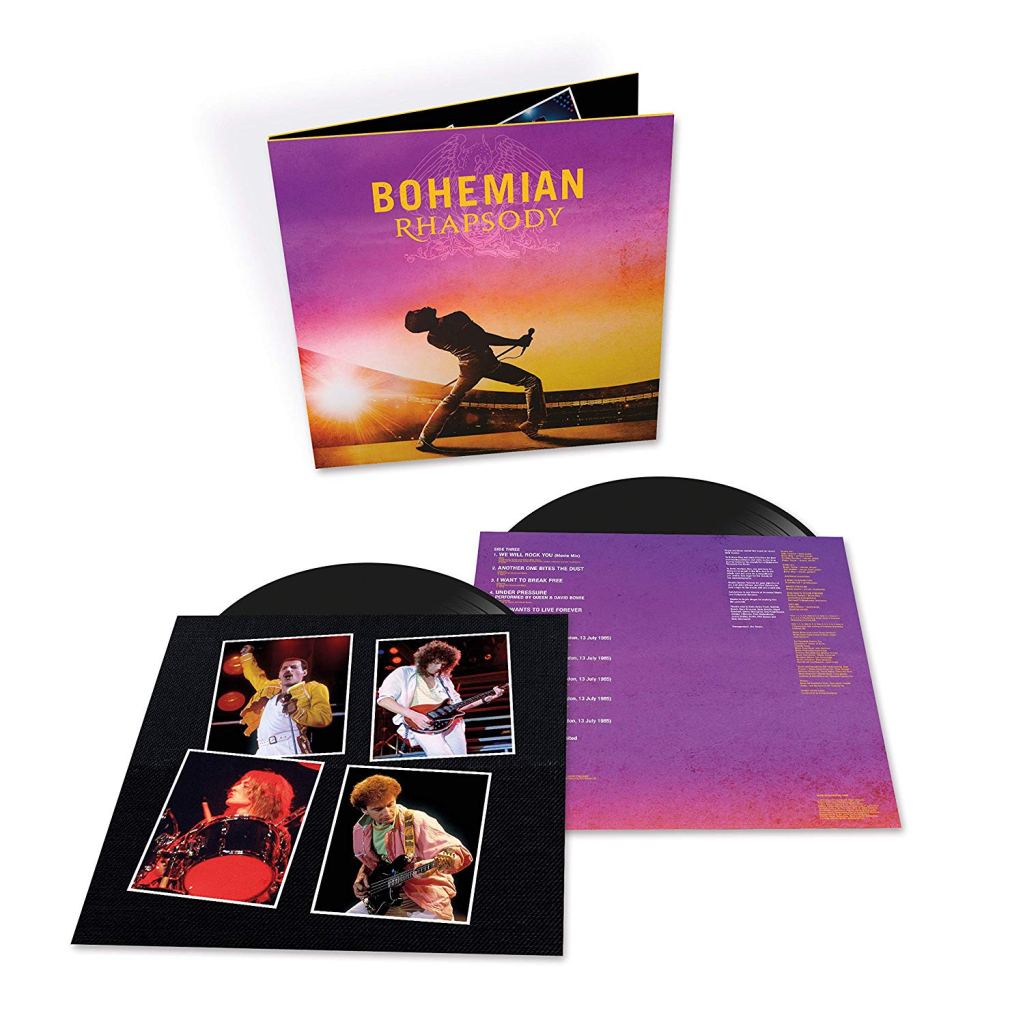 This 22-track album traces the meteoric rise of the band, from its humble beginnings in small clubs, to playing sold-out stadiums around the world (including the memorable 1985 Live Aid concert in London). The soundtrack includes Queen’s greatest hits, as well as a number of rare live recordings. Many tracks have been remastered for the film, offering fans a unique opportunity to hear the familiar songs in a whole new light. The album is available to stream, download, on CD or on a limited-edition, 2 LP vinyl. You can also get a 30-day free trial to Amazon Unlimited to stream the soundtrack for free. Purchase: $13.95 (CD) on Amazon.com. 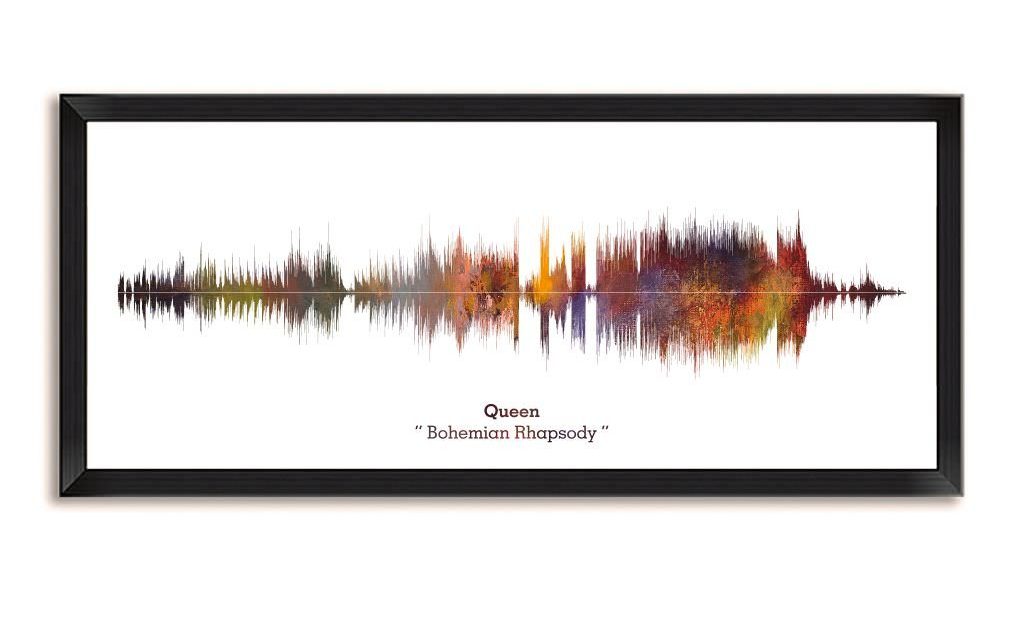 A novel way to commemorate one of Queen’s most iconic songs, this inkjet print captures the sonic properties of “Bohemian Rhapsody” in vibrant, watercolor-like textures. Printed on photo-quality paper with a matte finish, the poster is mounted inside a sturdy acrylic frame and ready to hang. Multiple sizes available, and poster can also be shipped unframed. Purchase: $13.49+ on Amazon.com. 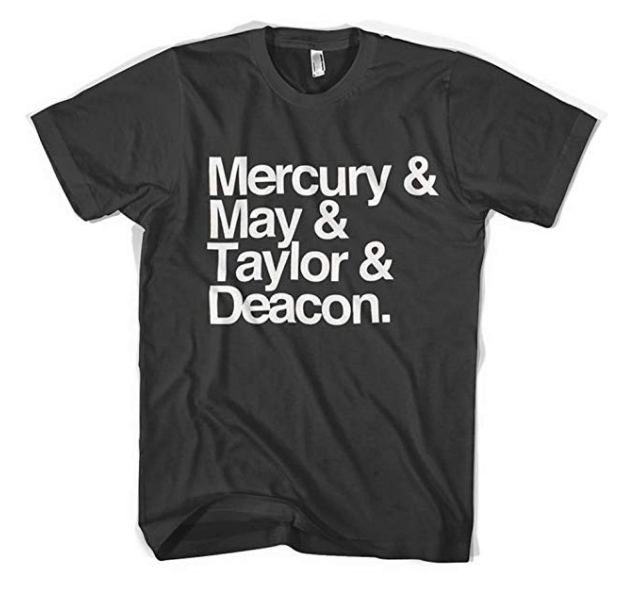 The classic band name T-shirt gets a version featuring the four members of Queen. Made in the UK by a company that’s been producing replica shirts for more than a decade, this graphic tee is available in three colors, with unisex sizing ranging from size small to 5XL. (The design is also available here as a classic pullover hoodie in black) Purchase: $15.99 (T-shirt) on Amazon.com.

Released in 2017, “Queen in 3D” contains intimate stories and more than 300 accompanying stereoscopic images (the majority taken by lead guitarist, Brian May) that track the rise of one of music’s greatest groups. This is the first book about Queen that was written by a member of the band, giving readers a highly personal glimpse into the fearless foursome, from the group’s formation in the 1970s, to their struggles with fame and Mercury’s untimely death, to how the remaining members are carrying the band’s legacy forward for a new generation.

This limited-edition set includes a hardcover slipcase, and May’s patented “OWL viewer,” that lets you experience the photos and images in 3D, truly bringing the Queen experience to life. Purchase: $54.66 on Amazon.com. 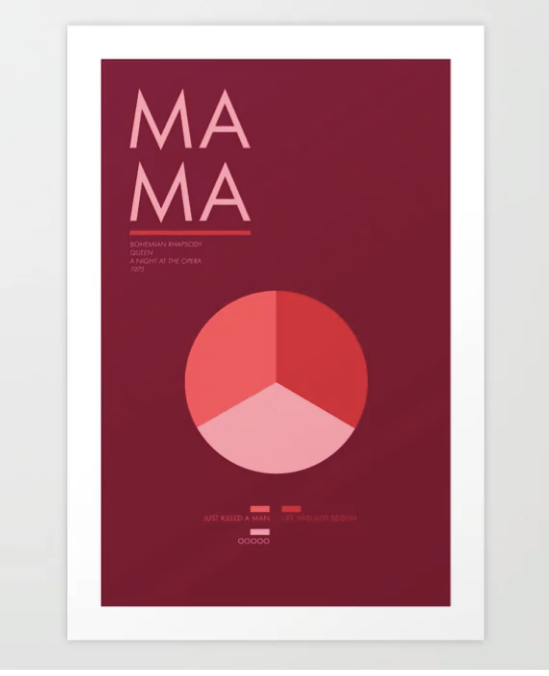 Make your gallery wall pop with this retro-styled poster, which takes one of “Bohemian Rhapsody’s” most famous lyrics and re-imagines it as a bold, graphic print. Printed on gallery-quality 100% cotton archival paper, the poster comes custom trimmed with a 1″ border for framing. Available in five sizes, from mini (7″ x 10″) to extra-large (27″ x 40″). Purchase: $23.99+ on Society6.com. 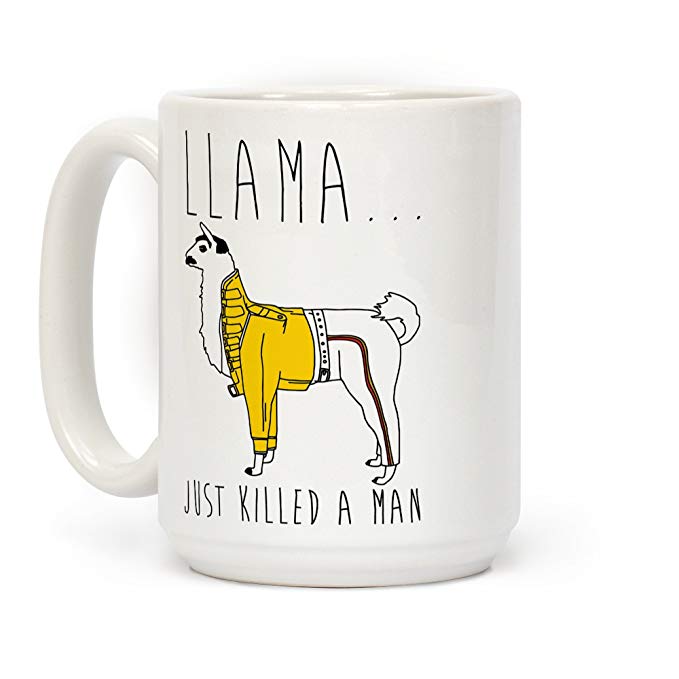 Reviewers love this mug, its lyrical pun and its Freddie Mercury-as-a-llama motif. The 15 oz. mug is made in the USA from heavy-duty ceramic and is dishwasher and microwave-safe. Features large handles for an easy, comfortable grip, whether you’re having a morning coffee to nurse that rock star-worthy hangover, or settling in for a nightcap. Purchase: $13.99 on Amazon.com. 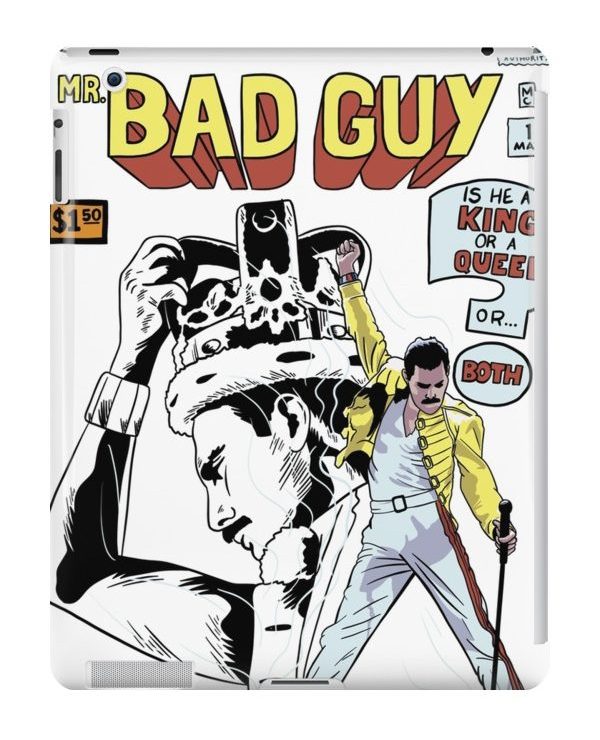 Designed by Brazilian illustrator “ribncheese,” this iPad cover portrays Freddie Mercury as a comic book hero — or is he the villain? The one-piece iPad case clips on easily over your iPad to add an extra layer of protection for your device. The design is also available as a removable vinyl decal for your iPad Mini. The colorful design wraps around the side of the case, while a scratch-resistant material keeps the cover from fading or peeling. Purchase: $20+ on Redbubble.com.

8. Freddie at the Opera T-Shirt 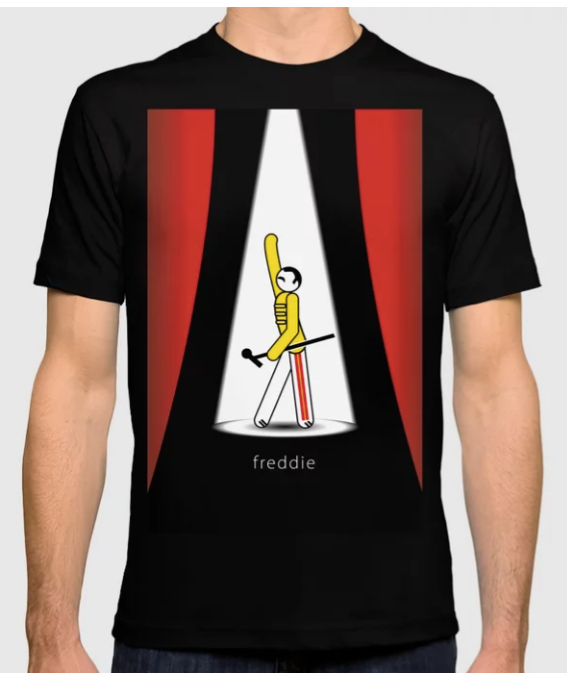 Fans love this Freddie Mercury fitted tee, made from a 100% cotton jersey and featuring a simple yet striking image of the Queen lead singer that reflects his longtime love for opera (Mercury even released the collaborative album, Barcelona, in 1987 with operatic soprano Montserrat Caballé). This shirt is designed by Italian illustrator and graphic designer Max Somma, who says his unique perspective is informed by pop culture, fantasy, sci-fi, comic books and gaming. The unisex tee is available in sizes XS to 2XL. Purchase: $25.99 on Society6.com. 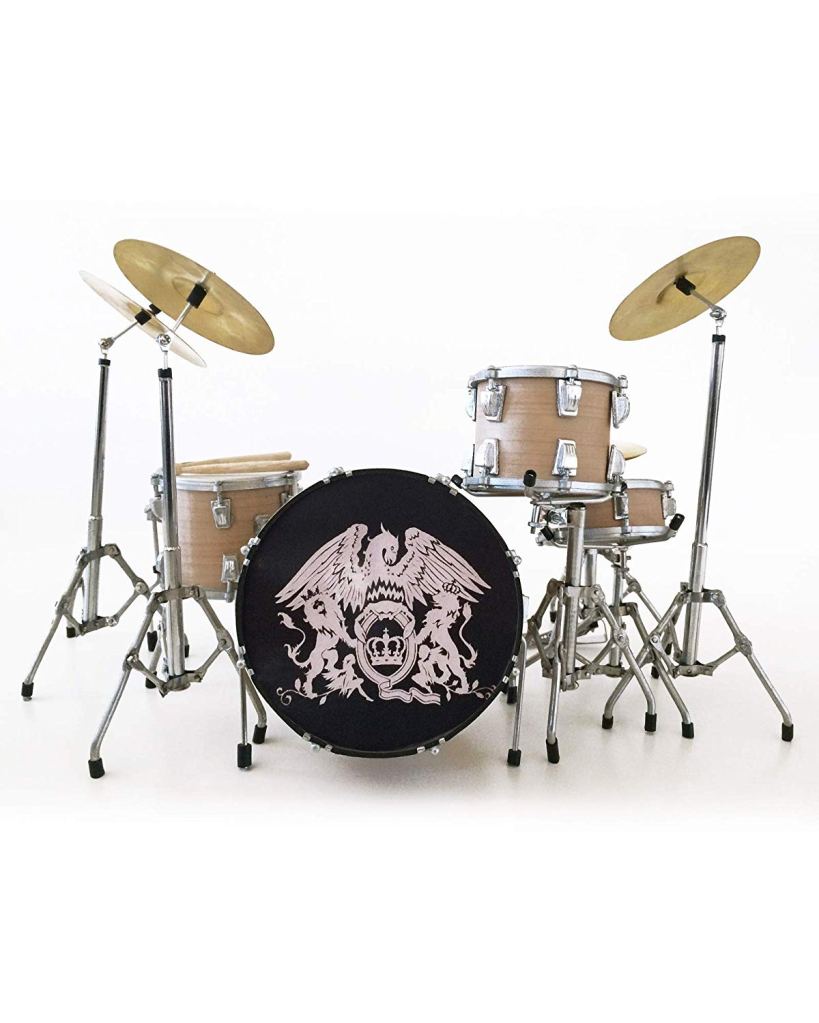 Handcrafted from solid wood and inspired by Roger Taylor’s drum kit, this ornamental replica drum set is about a 1:4 scale, measuring just over 12-inches wide (the bass drum is approximately 3.5-inches in width). The set is meticulously hand-painted, and pieced together from real wood and metal parts. Minimal assembly required. It’s a great display piece in your home studio, or as a fun accessory for your bookshelf or desk. Purchase: $69.99 on Amazon.com.