During Jerry Garcia’s lifetime, the Grateful Dead had a special bond with New York City — so much so that, last week, Bob Weir, Bill Kreutzmann and Mickey Hart (along with Garcia’s daughter, Trixie) attended a ceremony that inducted the Dead into Madison Square Garden’s Walk of Fame to commemorate the band’s 52 shows between 1979 and 1994. But Weir had other reasons for being in town. He was up for talking about The Other One: The Long Strange Trip of Bob Weir, the first doc to focus exclusively on the Dead’s longtime singer, guitarist and occasional heartthrob. (It debuts on Netflix this Friday, May 22nd.) And he was also in the city to rehearse Dead songs with Phish’s Trey Anastasio, who will be joining the “core four” surviving members for the upcoming “Fare Thee Well” shows in Santa Clara, California, and Chicago.

Weir took a break to talk to Rolling Stone about the movie, the state of the tour rehearsals and why the Dead chose Anastasio for the daunting task of stepping into Jerry’s shoes.

What was your first reaction when you were approached about a movie devoted to you and not the Dead?
You know — “a movie about me?” [Laughs] With an asterisk on either side and three big question marks after that. That’s all that came to mind. But then it occurred to me, well, I’m awful busy these days and the director, Mike Fleiss, convinced me there was a story there. I’ve felt for the longest time that I’ve got to write a book. I’m going to have to do it, I realize, but this gives me another year or two to gin up the resolve to do. This buys me some time. So I jumped at the chance.

Starting with the title, did you think, “Here’s a way for me to finally step out of Jerry’s shadow”?
You know, no — absolutely not. I’ll never step out of Jerry’s shadow nor he out of mine. People don’t really understand the dynamic we worked in, and perhaps when I get a chance to write a book, I can elucidate on that a bit. We worked together. We worked at mending our efforts.

What did you bring out in Jerry?
One of the things I did was I kept time for him. Some people were born with perfect pitch. I was born with perfect time. It’s kind of equally rare. He also had close to perfect time, but he needed someone else to rely on and I did that to the best of my ability. He also liked the way I colored the music from our first night together in Palo Alto on New Year’s Eve, 1964. He laced his lines through that coloration. That’s how we worked together. And we were drawing from the same idioms.

In the movie we see you return to 710 Ashbury, the building where the Dead lived for a short period in the mid to late Sixties. When was the last time you were there?
Well, I’ll tell you what — the last time was, I guess, the day I moved out in 1968. The neighborhood is a lot nicer than it was at that point. One of the reasons we left Haight-Ashbury was because the drug dealers had moved in and staked their turf, and the people that the attention brought into the neighborhood weren’t the people who made the real Summer of Love, which was 1966. That all went to hell quickly when the media caught wind of it and started trumpeting it.

What memories did that house bring back?
When I went inside, it was partly recognizable to me; a lot of [the place] still seemed homey. It was more nicely turned out than it was in our day. The good folks who live there now refined the place. It’s real nice digs. Back in our day — I won’t say it was a hippie flophouse. We did our best. But we didn’t have the benefit of too much income or the years on the place to polish it up.

What did you learn about yourself watching the movie?
It drove home the point that I’m a guy who loves adventure. I need adventure in the music I’m going to be involved in or else it’s not going to hold my interest. After the movie came together and I saw it, it’s become real clear that I absolutely have to write this book. There was no way a two-hour movie could tell all the stories. I’ve seen stuff not a lot of people have seen.

At one point in the movie, you talk about being Jerry’s “bag man” — carrying his drugs around for him and making sure he didn’t take too much. How difficult was it to talk about that on camera?
Nothing is particularly more difficult than anything else for me to talk about. I’m pretty open. If there was a point in telling that story, I’ll tell it. I don’t remember exactly what the point of that story was — it’s been a year since I’ve seen the movie and I can’t bring it fully to mind right now.

The context was Jerry’s struggles, how tough those problems were on you and how you were trying to help him in whatever way you could.
Right. I don’t know how tough that was. It was life as it presented itself to us. We were close, and whatever he had to go through, he had to go through. I was on his side, and he was on my side, same deal, with whatever I was going through — like getting my heart broken again or whatever. He was there to hear about it when things came crashing down.

What was Trixie referring to when she said you were able to get away with things in the Dead because you were the good-looking guy in the band?
I’m headstrong. Always have been. I was born that way. And [Jerry] expected me to be that way from time to time. This happened nightly on stage. Jerry would make a suggestion musically and I was headed somewhere else, and he oftentimes had to go with that. I was intent on following the thread I had. It didn’t happen all the time by any means. But there were times when there were different opinions of where to take something. And for what it’s worth, if I hadn’t been that way, he would have found me less interesting to work with. It may not have lasted that long. 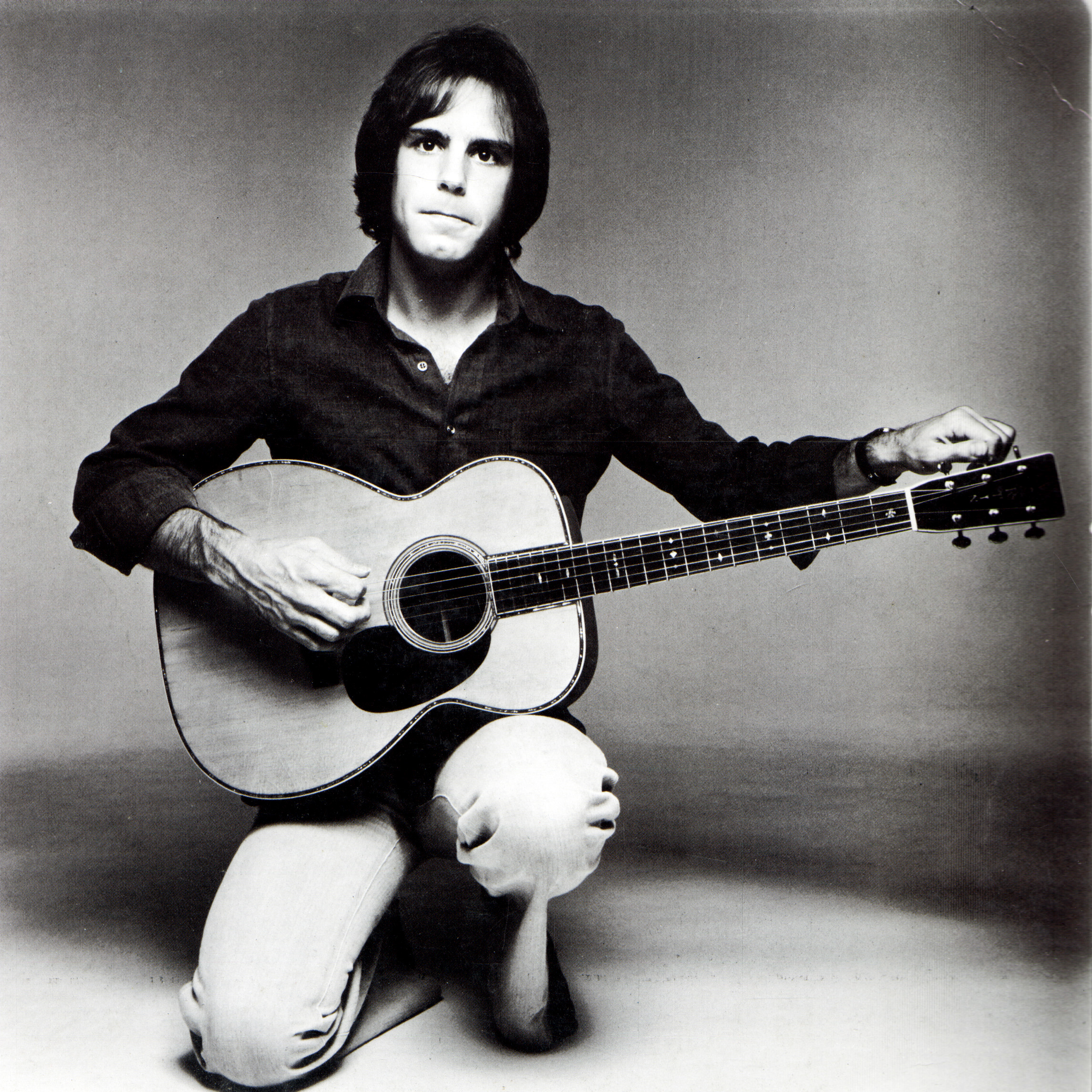 What’s the status of the Fare Thee Well shows right now?
I’m here in New York working with Trey on songs. Getting arrangements down. We’re lining up who gets what vocal parts, where to take the guitar work and how to work off each other, that kind of thing. Having good fun doing it.

In terms of this reunion, some think you got the ball rolling early last year when you told Rolling Stone that the band should “man up,” bury any hatchets and reunite for their 50th anniversary.
I don’t know if the credit’s to me or if it just occurred to everybody else at the same time. But things got rolling, I guess, eight months ago or so. I’m real happy to see it happening now.

Given the ups and downs you’ve all had together since Jerry’s death, how surprised are you that it’s come together?
Well, I’m a little surprised. But I’m happy to see the guys have gotten over their disagreements and differences and whatever, and risen to the occasion. We really owe it to ourselves every bit as much as we owe it to the fans, who’ve kept us off the streets for 50 years. But we owe each other a debt of gratitude as well, for investing in our lives together.

How would you describe the last 20 years?
It’s been a period for me of cranking up the exploration as best I can, now that I don’t have my old pal and sidekick to play off of.

Why did you all choose Trey?
I think, really, he’s the guy. There are a couple of other guitarists who might be able to handle that load. One of the guitarists — and I’ll leave names out of this conversation — is real good but he doesn’t sing. And Trey does the whole thing, and he also gets what we’re up to. He was profoundly influenced by us early on, and he knows what we’re drawing from. He’s the right guy.

How are you preparing for the show? You had a shoulder operation not too long ago.
I did all that kind of stuff and the operation was a semi-success. It didn’t help my shoulder, but it helped my neck, which was also a situation. Going into six decades now, I’ve been hanging my head to the left to watch my chording hand, and it’s caused stress over decades. So I have to realign myself to play the instrument. What I have to do now is play without looking at my hands, so I’m doing lots of practice blind-folded. I’m forced to listen more intently to what I’m doing, and it takes me out of certain patterns I might fall into. I think it’ll have some pretty big payoff if I can do it.

Have you read Bill Kreutzmann’s new book?
No. I’m not reading anybody’s book until I’ve written mine. Then I’ll have a stack of reading to do.

You, Phil and Trey rehearsed on May 1st at Lesh’s club, Terrapin Crossroads. What did you accomplish?
That was the first time we’ve convened for this project and that was just fine. We put in a fair amount of work. It was one day, but a long day. Phil had it set up for us to play [that night], but I didn’t stick around. I was spent by the time we were done. I think Trey did stick around, but I don’t think he played much [laughs]. I can’t bring to mind what songs we were working on, but there were a couple dozen. It’s safe to say a lot of your favorite chestnuts will be played. The point we’re making to the guys in general is: It’s not the playing that made us famous. It was the songs. I want to make sure we have the right songs trotted out.

And speaking of live shows, in the movie Bill Kreutzmann makes fun of your fondness for skimpy shorts onstage.
[Laughs] Well, I have something of an aversion to heat and I saw no point in suffering needlessly. The shorts were an attempt at self-preservation. It’s always July under the lights. I don’t know why it took so long to dawn on me, but I thought, all I have to do is get rid of the long pants and that’ll alleviate some of the problem. In the years since, before I go onstage I soak my shirt in ice water in the beer cooler, wring it out and put it back on. Now I’m happy as a clam. It took me a long time to figure that thing out, for some reason.