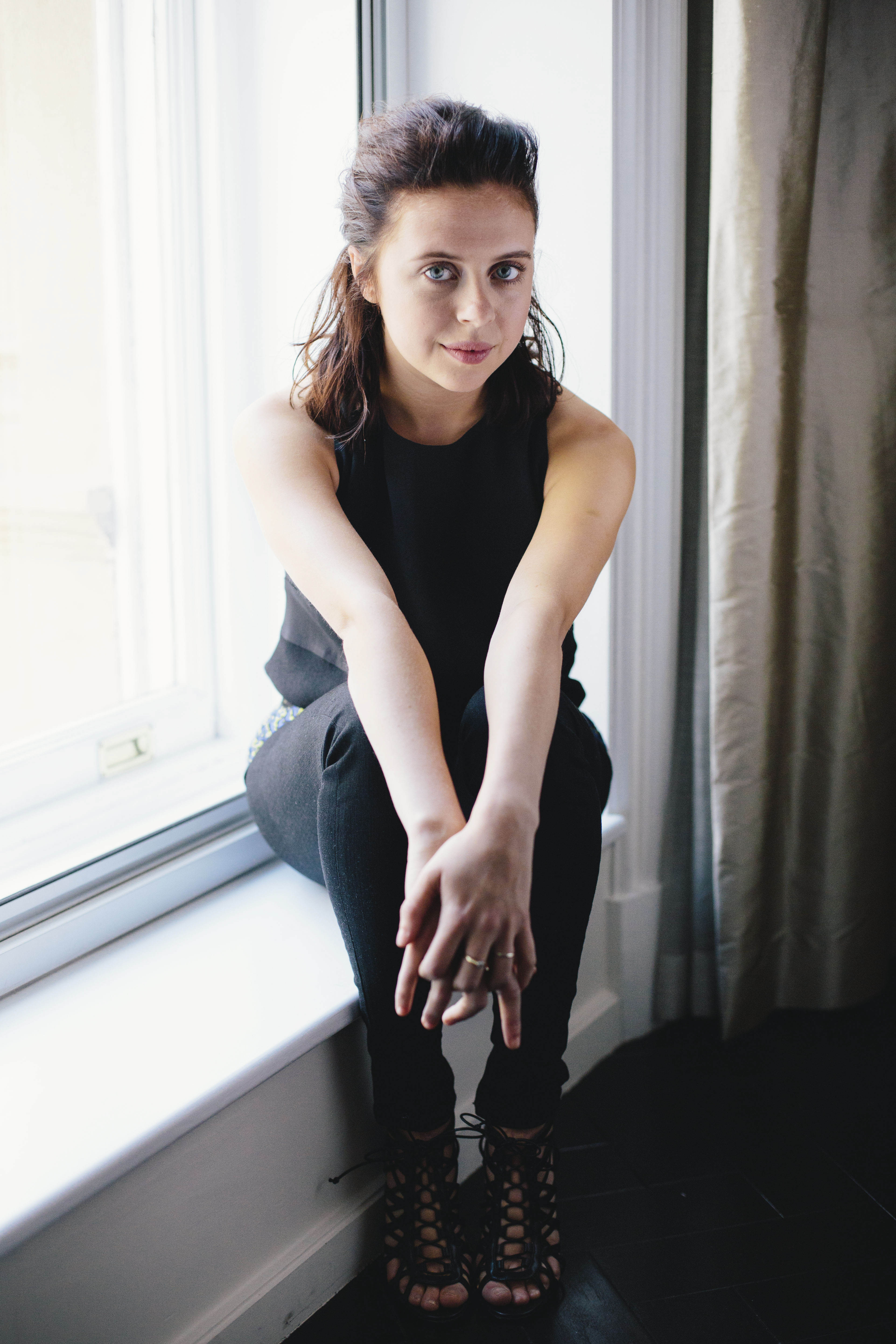 Bel Powley would like to set something straight. “When I said ‘feminist,’ I didn’t mean the characters themselves have to be strong feminists,” says the 23-year-old British actress. She may not exactly be new to the spotlight (younger U.K. viewers might remember her as a crime-fighting teen on the smash BBC kids show M.I. High.) But since her performance in The Diary of a Teenage Girl had critics dubbing her the breakout star of the year after premiering at Sundance last January, she’s not used to journalists and the public dissecting and discussing her every word. (The movie hits theaters on August 7th.)

Still, instead of backing off, Powley decides to double down. “When I used the word feminist, I meant in terms of myself. I want to play a range, from victims to strong people, just as long as it’s a well-rounded character. And it’s not a woman who’s just there for the purpose of the man.”

Sundance 2015: Meet the Breakout Star of 'Diary of a Teenage Girl'

No one could accuse her Diary heroine of existing solely for the pleasure of her male costars — if anything, it’s the other way around. Based on Phoebe Goloeckner’s 2002 graphic-novel memoir, the movie revolves around 15-year-old Minnie Goetze, a young woman living in the freewheeling San Francisco of the Seventies and dealing with love, family, drugs, and the emotional ride of becoming a woman. While the story’s specificities might not be relatable to some women (she loses her virginity to her mom’s boyfriend Monroe, played by True Blood‘s Alexander Skarsgård), the way in which Powley’s character embraces her new-found sexuality — as a female teenager who genuinely enjoys getting off — certainly will be.

“When I was a teenage girl, I didn’t have a film like this to relate to, or a character in a movie that I felt accurately represented me,” Powley says. After reading the script, she was immediately struck by Minnie’s honesty and fearlessness. “I was surprised to see a character in a mainstream film that is actually accurate about what being a young woman is like. That doesn’t come around a lot.”

First-time filmmaker Marielle Heller had originally adapted Diary for the stage in 2010, playing the title role herself in an off-Broadway production. But when she saw Powley’s audition tape — complete with a message at the end, expressing how desperate she was to be a part of this production — Heller was floored. “I was very protective of the character, but Bel completely understood who she was,” the director says. “I think we both felt this sense of responsibility that we wanted to treat her well, do her justice and find her authentic voice.”

Heller was equally blown away by her lead’s approach to the role. Powley had never thought of acting as a career choice when she was on M.I. High. (“I was really quite geeky at school,” she says. “At one point I wanted to be prime minister, or a mathematician.”) It was her introduction to the stage that showed her a possible future, when playwright Polly Stenham cast her in the 2009 production of Tusk, Tusk at London’s Royal Court Theater. “It not only opened my eyes to theater in London, it opened my eyes to all these strong women working in this industry,” she says. She opted out of her spot in university and got her education from treading the boards instead, a decision that Heller saw pay off.

“She’s in every single scene, so she had a huge responsibility to carry the entire movie on her shoulders,” says Heller. “It’s a lot to ask from any actor, especially an actor who was in her early 20s. But [Bel] was really prepared — she had the entire movie memorized.”

“We had two weeks of rehearsal, where we sat around a table and just plotted Minnie and Monroe’s relationship, scene by scene,” says Powley, adding that the following week was spent with her and Alexander “lying around naked together,” filming their half dozen sex scenes on a closed set. “”I’d never even had an onscreen kiss before, let alone an onscreen shag,” she adds. “I was like, ‘This is the worst idea in the world!'” By the time the film was finished, she’d shot eight of them — “including the lesbian sex scene.”

As for the criticism that a 15-year-old sleeping with her mom’s boyfriend, two decades her senior, might be exploitative instead of empowering? “I think it’s open for discussion,” the actress says, who’s clearly has put some thought into this question. “My personal view is that she is not. They exploit each other in ways that we all do when we’re in relationships that are unhealthy or unbalanced.” In some scenes, she notes, Minnie chases Monroe — in others, the power dynamic is flipped.

“I think the good thing is there’s no moral story coming away from it,” Powley adds. “Like Minnie thinking ‘Oh I never should have done that. This is for all the girls who have grown. Never sleep with a 40-year-old man.’ There’s no life lesson. It’s just about her going through this coming of age and sexual awakening, accepting it for what it is, and learning from it. And then moving on to the next stage of her life.”