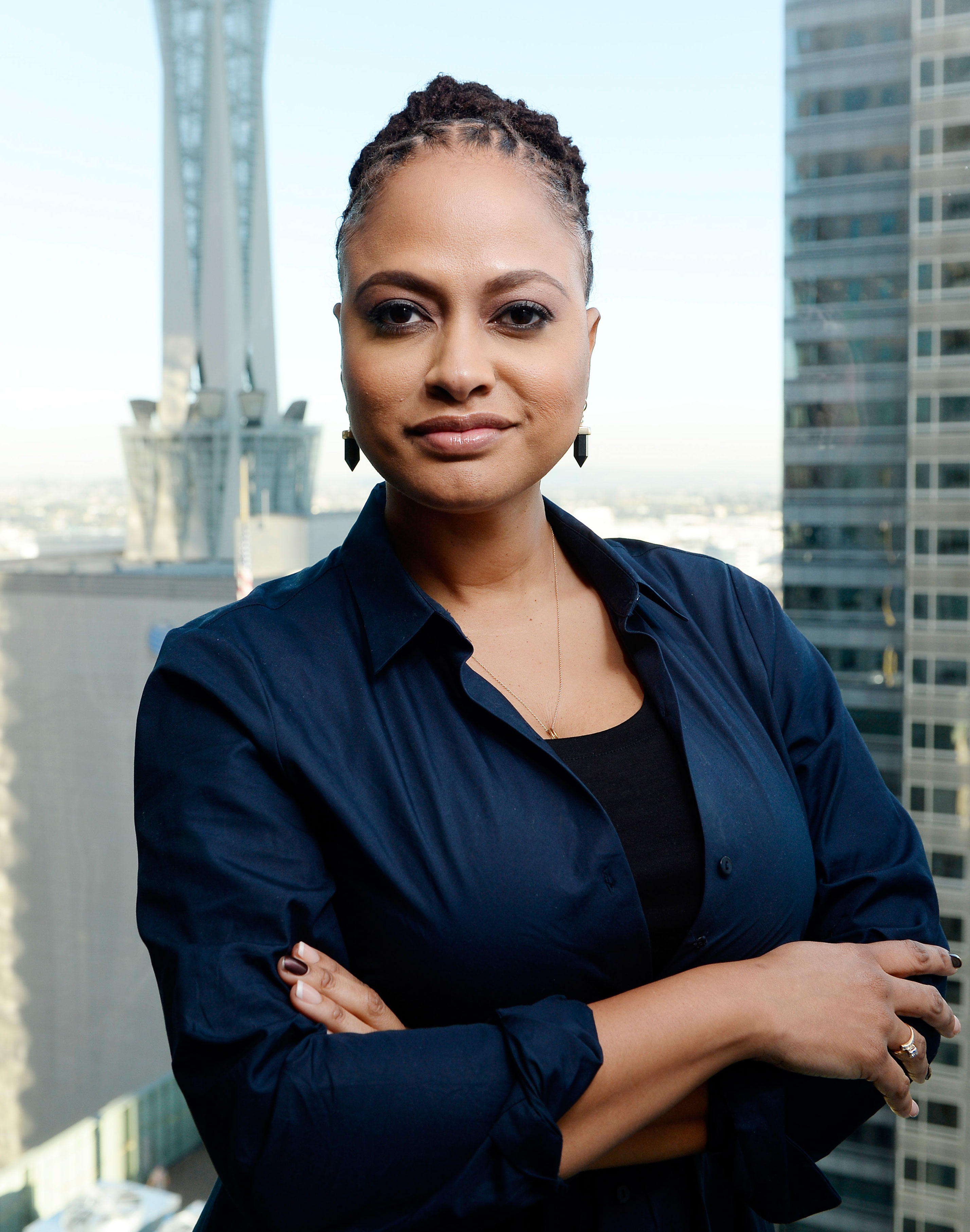 “Nonviolence is pretty ballsy, pretty advanced weaponry,” says Ava DuVernay. The director of Selma is sitting in a Mexican restaurant in West Hollywood talking about her universally acclaimed film, Martin Luther King Jr. and the legacy of the civil rights movement. “You talk to people about King now and they only know ‘I have a dream’ and he believed in peace and he died. Really? That’s what he’s been reduced to?”

Selma, which stars David Oyelowo as King, is the antidote to that shallow sense of the civil rights leader’s life – a gripping film about the 1965 protests in Selma, Alabama, led by King, that were instrumental in forcing passage of the Voting Rights Act. DuVernay is widely expected to make history this year as the first black woman to receive an Oscar nomination as best director. “It’s not important to me,” she says of her pioneer status, “but I know it’s important to other people.” She scoops up some guacamole. “It’s bittersweet, because I’m not the first black woman deserving of it.” [Editors Note: DuVernay did not receive a nomination this year.]

We Shall Overcome: Ava DuVernay on Making 'Selma'

DuVernay, 42, is blunt and funny. Today, her nails are mismatched colors – she lost some of her press-ons – but she pulls off the look with aplomb. “You’re a man and you’re not supposed to notice that,” she says with a laugh. Her film options growing up in Compton, California, were limited to blockbusters. “There are no independent movie houses in communities of color in this country,” she says. But her love of movies was fueled by an aunt who took her to the multiplex once a week and by a childhood encounter with Roger Ebert.

At UCLA, where she majored in African-American studies and English, she discovered the world of independent movies, and after graduation she became a successful film publicist. Working on the set of Collateral (the Michael Mann thriller starring Tom Cruise and Jamie Foxx), she had an epiphany about how she wanted to spend her life. “Javier Bardem was on set, and something about the scene with Javier and Jamie, this brown man and this black man: It was this gritty place in East L.A. at night, with a digital camera, and I just loved it. I started writing a script that weekend.” That screenplay, about a young woman with a husband in jail, became Middle of Nowhere, which won the Directing Award at Sundance in 2012.

Selma has many strengths, including a remarkably deep cast (Oprah Winfrey even has a small role as real-life activist Annie Lee Cooper). But some of the film’s high points come from its directness and simplicity, such as DuVernay’s use of silence. In one indelible scene, King’s wife, Coretta, confronts him about his extramarital affairs and asks if he loves any of the other women. There is a long, fraught pause before he says, “No.” In another, King kneels down to pray on the Edmund Pettus Bridge before turning a column of marchers around, away from what may be a lethal ambush. “I like silence,” DuVernay says. “Aesthetically, I feel strangled by the fast cutting and a wall of sound. And I think showing black people thinking onscreen is radical.”

“Ava is one of the great leaders I have been around,” says rapper-actor Common, who plays civil rights organizer James Bevel. “She made us all feel that we were part of something special. I see the background actors committed and not doing fake things – that’s a testament to the director.”

An earlier version of the script focused more on the relationship between King and President Lyndon B. Johnson, and how their efforts led to the Voting Rights Act. But the film has been criticized, most pointedly by former Johnson aide Joseph A. Califano Jr., for making Johnson appear as King’s antagonist rather than his partner. “Every filmmaker imbues a movie with their own point of view,” DuVernay says. “The script was the LBJ-King thing, but originally it was much more slanted to LBJ. I wasn’t interested in making a white-savior movie; I was interested in making a movie centered on the people of Selma. He has been hailed as a hero of the time, and he was, but he was a reluctant hero. He was cajoled and pushed, he was protective of a legacy – he was not doing things out of the goodness of his heart. Does that make it any worse or better? I don’t think so. History is history, and he did do it eventually. But there was some process to it that was important to show.”

Five decades after the Selma protests, state-sanctioned police violence against black people has become intensely topical. As she observes, “Art morphs with what’s going on in the world. We say ‘Ferguson,’ we don’t say ‘Mike Brown.’ Just like we say ‘Selma,’ not ‘Jimmie Lee Jackson.’ There is something startling about the people in a particular place, a city or a small town, rising up and taking to the streets.”

Now, DuVernay is looking forward to developing a TV show. She’s also putting together a documentary on the American “prison-industrial complex.” She feels like she’s making up for a late start. “I wanted to do this for a long time,” she declares. “Now I’ve got the keys to the car, and I ain’t parkin’ it anytime soon.”