André 3000 on Playing Jimi, Facebook Imposters and Bowing Out of Rap - Rolling Stone
×
×

André 3000 first discovered Jimi Hendrix in the late Nineties, when he heard the guitarist’s cover of “All Along the Watchtower” in a movie. “Those solos are excellent, man!” says the rapper and singer, who was best known at the time as Outkast‘s trippier half. “I didn’t even know Bob Dylan wrote it at that point. Then I started digging into Jimi’s catalog.” More than a decade later, André has given a powerful starring performance in the Hendrix biopic Jimi: All Is by My Side, entering wide release this month. He called during a rare break from his 42-date reunion tour with Outkast – the duo’s first tour since 2002. “I’m finally at home with a day to chill out,” says André, 39. “Time to wash clothes and Netflix.”

'Jimi: All Is by My Side': Photos From the Set of the Hendrix Biopic

Did your love of Hendrix influence the music you made with Outkast?
Definitely. When you hear the guitar solo break out on [2000’s] “Bombs Over Baghdad,” Jimi influenced that. One of the guys from our backing band played it. At the time – this is going to trip you out – the record company was like, “We’ve got to take that out. We should get Kid Rock to play it.” No joke. They thought it would be a great marketing move.

Seriously? What happened?
I was like, “What?” I love Kid Rock, but I said, “I don’t want to go for the name thing.”

In the movie, you play Jimi in his midtwenties, on his first trip to London. Where was your head at when you were that age?
It felt like we were riding a nice wave [in Outkast]. I was just wide-eyed, taking in the world, figuring out what life is about. In the studio all the time, producing all the time, writing all the time. It was fun. Then, of course, at 39 you figure out you really don’t know anything.

Do you like being in your late thirties?
It’s just a crossroads. I liken it to knowing that you have three months left in college, but you don’t have any prospects. Up until recently, I was living out my high school dreams – that’s when we started Outkast. This is the second half: my true adult, grown man life. What are my new dreams? What’s André Benjamin’s dream right now? What do I want to do? What do I want to say? What do I feel passionate about? It’s very exciting and scary. 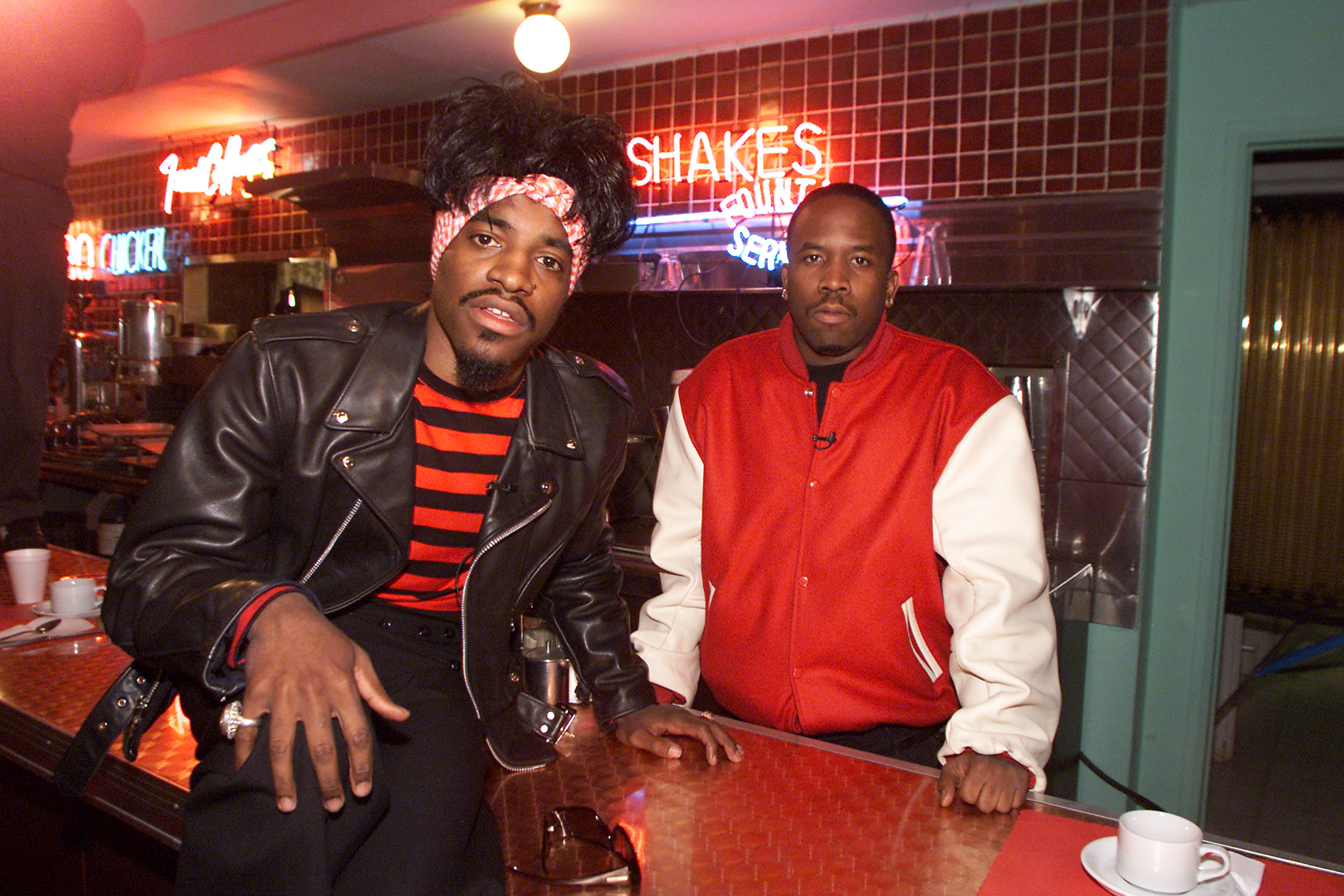 Your son Seven is 16. Is he different from what you were like as a teenager?
All teenagers are pretty much the same, but I think this generation is a lot cooler. He’s not crazy about having to have the name-brand clothes or the new this or the new that. Race is not an issue with these kids. Sexuality is not an issue. They’re hopeful. I think that’s cool.

You’ve been known at times as a ladies’ man. Have you ever been on Tinder?
Been on what?

It’s a dating app for your phone.
I haven’t really gotten into the social-media thing at all. I’ve never had a Twitter, I’ve never had a Facebook, I’ve never had Instagram or any of them. It’s funny. People come up to me in the street, like, “Yeah, man, I’ve been following you. We’ve been talking.” I’m like, “Man, that’s somebody posing as me!” I’ve actually reached out to Facebook and Twitter and said, “Please take these people down who are imitating and posing as me,” but they don’t. They’re shitty about it. I guess they just don’t care.

What do you do for fun these days? Do you go out much?
I don’t go to major concerts, but I like to go into small clubs and see what local people are doing. I’ll go to the smallest, shittiest clubs, the dive bars, and see what’s going on. That’s where it’s at.

Do people at the clubs recognize you?
Yeah. They come up and make pitches. Or they ask, “What are you doing here?” And I explain why I’m there, and they get it, and we just sit there and listen to music.

You’ve talked about feeling bored by hip-hop. Is that how you feel now?
Well, I’m not really bored by rap, per se. It’s more that I’m bored with what I can do in rap. I’m always a fan – from the stupidest knucklehead rap to the quote-unquote lyrical gods, I listen to it all. I just don’t know what else I can do with it.

Really? You must know how many people would love to hear a new rap album from you.
I understand it. People stick to ideas that they’re familiar with. I mean, I honestly wish that I could make a dope rap album, but I know it would be something else. I’ve always known that there comes a time when you’re just not as hip. It happens to everybody, and it has nothing to do with talent. It has to do with intensity and time and the world growing around you.

So what does excite you these days? Is it music, acting, something else?
Ah, man, I don’t know. I’m at a stuck place.

Are you suffering from writer’s block?
Nah, I write all the time. I jot down ideas and concepts – I’m into the pen to paper concept. I write on napkins, I write in my sketch pad. Maybe it’s three words, or one sentence. But I’m not writing songs all the time.

You said recently that you don’t get much out of performing live music anymore. So why did you agree to tour with Outkast this summer?
What I meant by that was, when you get out onstage and you’re doing these songs that you wrote when you were 17, it’s not the same. When I wrote those songs, it was fresh. I meant it at the time. Now, it’s just words that you’re spewing. But I do have fun onstage. I try to find new ways to perform those same verses. I’m into newness. I hate repetition.

So is this it? Is Outkast done after 2014?
You can never say never, but we have no plans to tour again. The show looks much better at 39 than it will at 60.