'Allegiant' Fail: Why YA Movies Dying Is Bad for Everyone - Rolling Stone
×

Welcome to the Scorch!

Bella Swan and Edward Cullen may live forever in the supposed bliss of a deathless union, but the genre they jumpstarted has proven to be decidedly mortal. It was only a few short years ago that the blitz of post-Potter YA adaptations — characterized by dystopian settings, a fetish for the supernatural, and a buffet of genetically indistinguishable British boys — was standing toe-to-toe with superhero movies atop the Hollywood food chain. But the times they are a changin’, fluctuating like the hormones of their target demographic.

Yesterday, to the surprise of exactly no one, it was reported that The Divergent Series: Allegiant had a significantly smaller opening weekend than the franchise’s previous installment (the $29 million it’s earned since Thursday puts the film $23 million behind what last year’s Insurgent grossed during the same timeframe). There was a pungent stink of perfunctoriness around the movie’s marketing campaign, as if the studio’s promotional team were trapped in a loveless marriage with the property’s fans and neither side could afford to file for divorce. The few viewers that made the trek did so out of duty, hoping not to embarrass the investment they made in these movies while in fever-pitch mode.

When Holden Met Katniss: The 40 Best YA Novels

And while it’s true that the tepid and unthreatening Divergent Series has always been the John Kasich of the YA genre, the genre has been wilting for years. You could actually see the cinema du young adult bubble burst — in this case, in the shape of a globular dome exploding in a shower of shattered glass. At the time, the climax of 2013’s The Hunger Games: Catching Fire seemed to represent the moment when these movies might break free from the ghetto of their fan base and find acceptance among a broader audience.

But that’s not what happened. YA movies began to die. And even those of us who might be happy to see them go will be worse off in their absence.

The writing on the wall first became legible on March 29, 2013, when early reports indicated that The Host — a shiny adaptation of Stephenie Meyer’s Twilight follow-up — was going to tank on its opening weekend. The film ended up grossing $63 million worldwide, or nearly $800 million less (!) than The Twilight Saga‘s final chapter. Then, in the fall of 2014, The Hunger Games: Mockingjay — Part 1 grossed $110 million less than the series’ previous installment; the following November, Mockingjay — Part 2 earned $100 million less than that, meaning that a significant portion of the audience was so burned out that they weren’t even willing to stick around for the sound-and-fury finale’s second half.

As District 12 goes, so goes the nation. Of the top 25 highest-grossing YA adaptations, only two of them were released in the last 16 months, and neither cracks the top 10. The Maze Runner: The Scorch Trials (2015) may be the best of the recent onslaught of YA-lit flicks (it’s certainly the best-directed) but that didn’t stop it from raking in 20 percent less than its 2014 predecessor, or this January’s The Fifth Wave from tanking in almost every territory. And it’s not as if the sudden decline has been limited solely to dystopian properties: The adaptation of John Green’s cancer tearjerker The Fault in Our Stars grossed $217 million more than the John Green movie that opened the following summer — the “manic pixie dream girls are people, too” mystery drama, Paper Towns.

The reasons why these films are dying aren’t particularly hard to parse. Viewing the boom as more of a gold rush, Hollywood failed to learn the lessons that the heroes of these films so transparently attempted to impart — they failed to take bold chances (The Maze Runner‘s Thomas), they failed to adapt (Tris), and they failed to make bold choices when it looked like things might not work out (Katniss). The YA explosion quickly began to resemble the average YA film, the multiplexes crowded with a dozen absurdly derivative movies about the perils of conformity. The term “YA,” once used to describe a demographic, soon became shorthand for a sub-genre as narrowly codified as mumblecore or Marvel movies. 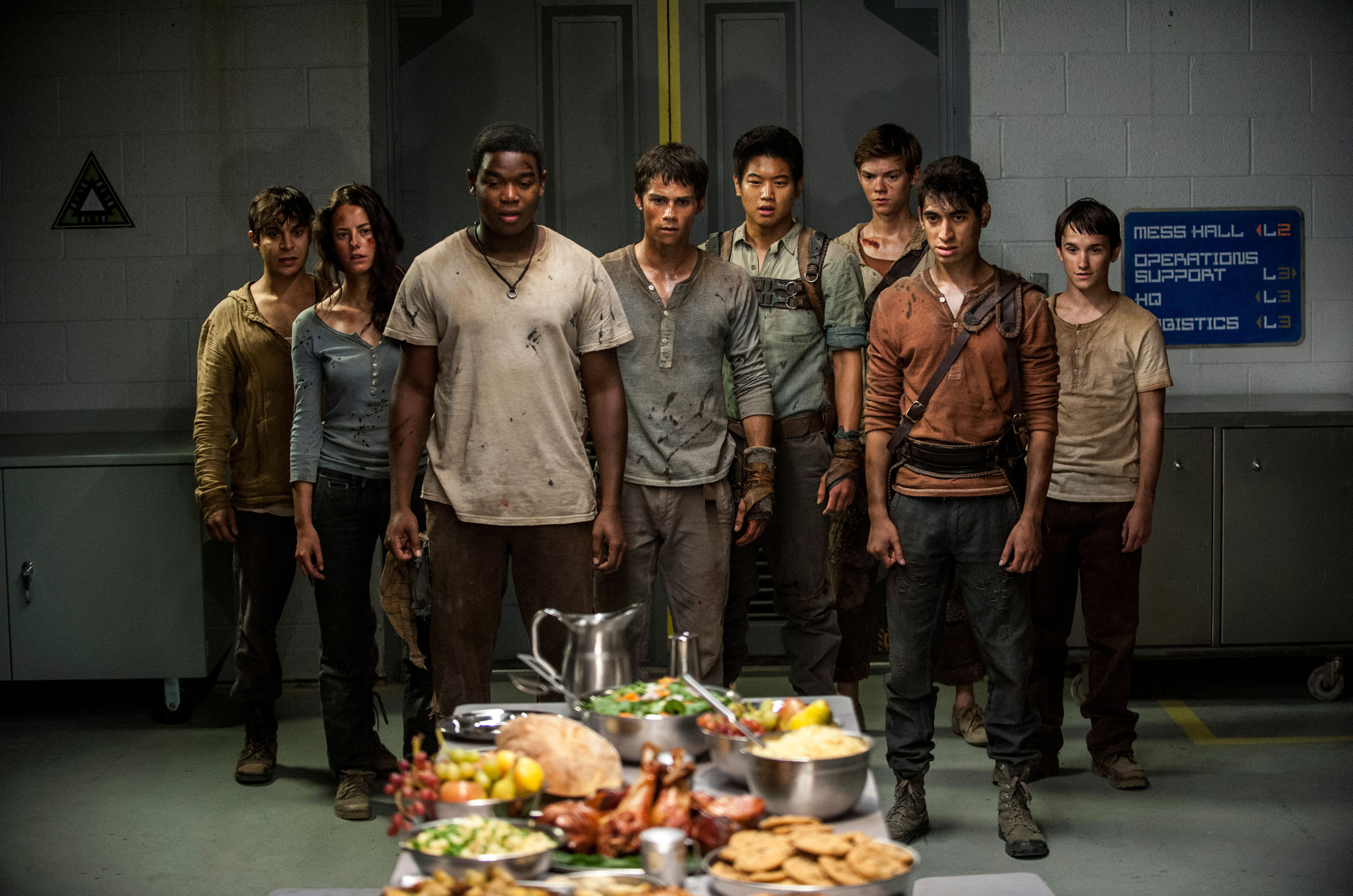 Whereas Marvel created a coherent cinematic universe that cleverly transformed homogeneity from a bug into a feature, however, that same sameness utterly exhausted these tweens-and teens-in-trouble films. The reservoir of source material simply couldn’t sustain the genre — whereas there are countless comic books, and hundreds (if not thousands) of superheroes to play with, were only a handful of Harry Potter/Hunger Games rip-offs that the studios felt comfortable putting their weight behind.

But we come here today to praise YA adaptations, as well as to bury them. While the vast majority of these films were forgettable (and some were genuinely toxic), as a whole they represented something powerful, and provided several significant upsides that will be mourned as the genre continues to shrivel away.

First and foremost, they opened the door for a number of strong female characters. Say what you will about how The Hunger Games ultimately fumbled its narrative — there’s no denying that Katniss remained a firm totem of female strength in a world determined to limit her. She makes complex and defiant moral choices up until the end of the convoluted fourth film, showing young women that fighting for their rights can be necessary, but that it’s better to live in a world where they don’t have to. And Tris, the heroine of The Divergent Series, is… well, she’s also female. In fact, other than The Maze Runner, Paper Towns, and adaptations of books written prior to the genre’s cinematic rebirth (i.e. The Giver and Ender’s Game), every franchise film of the YA new wave has centered around a woman.

Individually, these films offered young girls a handful of token role models to look up to, but their real strength was in numbers. Taken on the whole, such an avalanche of YA offerings fundamentally rewired a generation to understand that stories don’t naturally default to male heroes. The most extraordinary thing these female-fronted movies have accomplished is to correct the notion that there should be anything extraordinary about female-fronted movies.

As a result, the YA films have helped to serve as proof that there’s an audience for female-driven movies, as well as reliable reminders that studio executives discriminate with their pens far more aggressively than audiences do with their wallets. That fact will only grow more egregious as we sink into a summer in which only three of the blockbusters currently slated to hit theaters have female leads: Ghostbusters, Alice Through the Looking Glass, and — wait for it — Finding Dory. 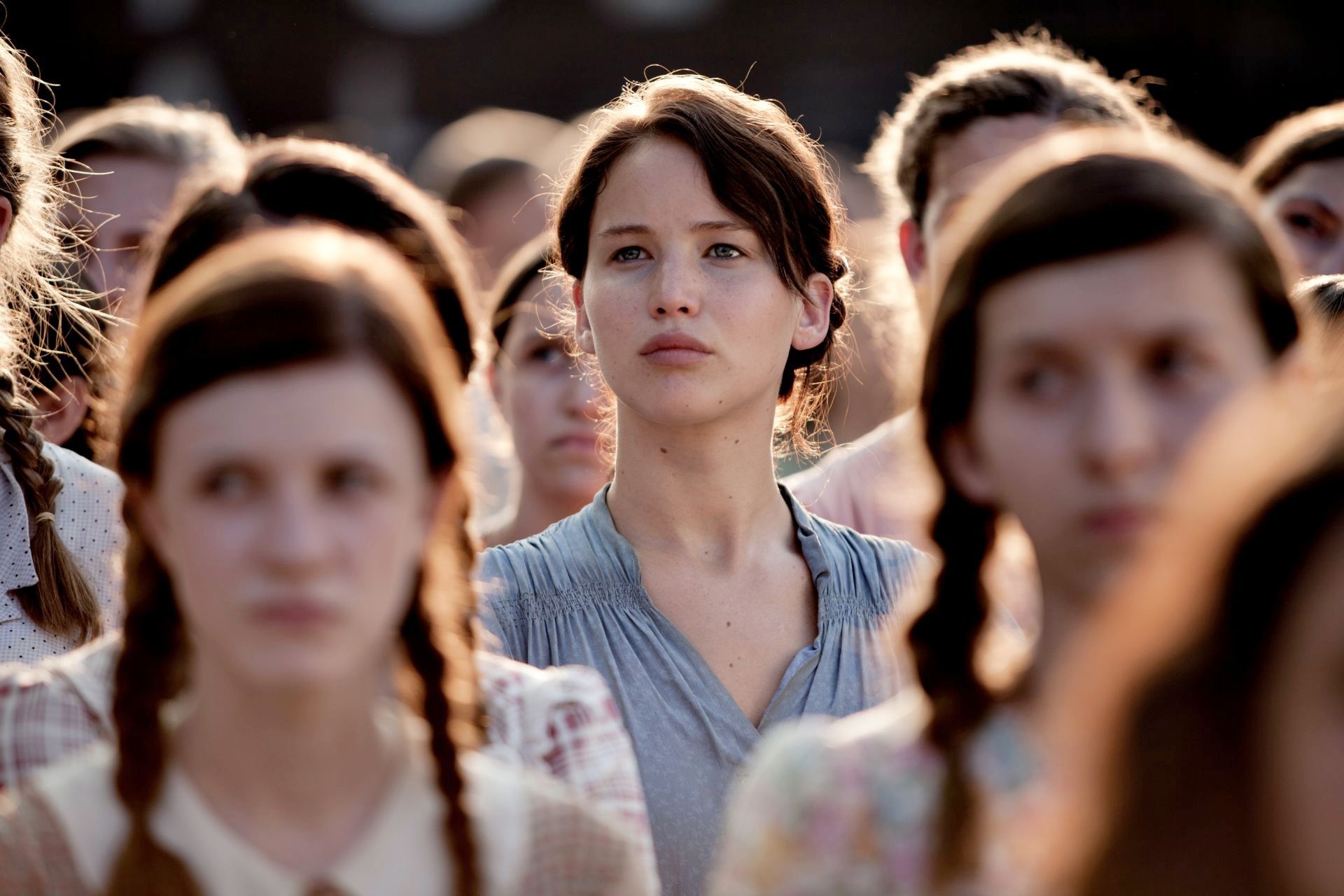 That supply of strong female roles has translated to a new generation of strong female actresses, even if the overall climate has made it nearly impossible for them to make the jump from franchise figurehead to bona fide movie star. (Jennifer Lawrence can open a non-franchise movie by herself — Shailene Woodley, excellent in low-grossing indies like The Spectacular Now and White Bird in a Blizzard, cannot.)

If Hollywood failed to heed what YA movies say about the perils of conformity, the stars of said movies have taken those lessons to heart, charting bold careers that exist in defiance of what might have been expected for them. Kristen Stewart, never particularly comfortable in the spotlight, has leveraged the fandom foisted upon her into a series of challenging and ambitious indies. Jennifer Lawrence, already an Oscar nominee when she was cast in The Hunger Games, has since gone on to earn three additional Academy Award nominations (and won as many Golden Globes). Alden Ehrenrich, so good in the under-appreciated (but enjoyably over-the-top) Beautiful Creatures, graduated to the Coen brothers and stole Hail, Caesar! away from a murderer’s row of major movie stars.

And then there’s Robert Pattinson. The squeal-inducing supernova at the center of the YA galaxy has inarguably taken the most aggressive turn towards unconventional fare; some actors subvert their image, but Patterson has torpedoed his. Since first collaborating with David Cronenberg for the director’s characteristically deranged Cosmopolis, Pattinson has played a mentally challenged guy in a gnarly post-apocalyptic Western (The Rover), a fuckboy limo driver (Maps to the Stars), and Lawrence of Arabia (Queen of the Desert). Each of these films has found the actor pushing closer towards greatness and further away from his original fans; if we’re lucky, perhaps he’ll take some of those fans with him.

For all their faults, these movies will be missed. They leave a vulnerable medium prone to the whims of a generation who may not go to the movies at all if there isn’t anything that galvanizes them into doing so. If The Hunger Games series illustrated that bubble bursting, it’s fitting that it also provided the genre’s eulogy. To quote the final lines of Mockingjay — Part 2:  “Someday I’ll explain it to you. Why they came. Why they won’t ever go away. But I’ll tell you how I survive it. I make a list in my head. Of all the good things I’ve seen someone do. It’s like a game. I do it over and over. Gets a little tedious after all these years, but there are much worse games to play.”