The U.S. men’s hockey team’s upset of the Soviet Union at the 1980 Winter Olympics in Lake Placid may have been the “Miracle on Ice” here in the States, but back in the USSR it was something else entirely.

In the Cold War battle of political ideologies, sports were a proxy war, and the Soviets’ defeat at the hands of a scruffy group of American college kids detonated like a 50-megaton blast in Moscow. As captured in the excellent new documentary Red Army, the American victory not only led to the saddest postgame bus ride ever caught on film (as the dejected Soviet team pulled away from the arena), but it also prompted a wholesale purging of the squad’s veterans and a more ruthless training regimen imposed by dictatorial coach Viktor Tikhonov. The result was the creation of one of the greatest teams in hockey history, a unit that rarely lost over the next decade and whose only sense of freedom came when they were together on the ice.

Sidney Crosby: 'The Kid' Grows Up

For the Soviets, hockey was much more than just the country’s most popular sport. Joseph Stalin founded the Red Army hockey club to demonstrate Soviet superiority, and Anatoly Tarasov, the man he put in charge of the team in 1946, promoted an intricate passing game played like chess, albeit with the aesthetic grace of the Bolshoi Ballet. As author Lawrence Martin says in the documentary, “They elevated hockey to an art form.” And the “Russian Five” of the 1980s were the Red Army’s premier group of artisans. “Those players will go down in history as the greatest five-man unit of all time,” legendary NHL coach Scotty Bowman says in the film. 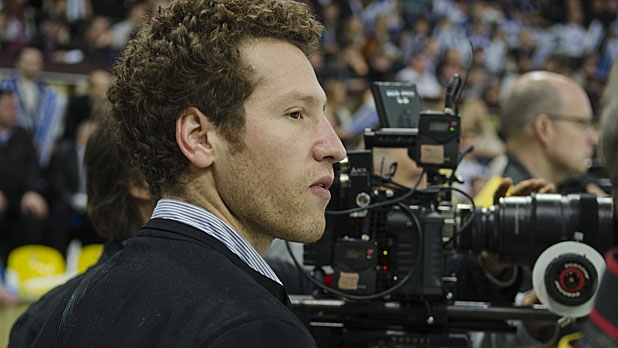 But the 35-year-old director, Gabe Polsky, the son of Ukrainian émigrés and a former member of the Yale hockey team, has revealed a dark legacy behind the glories of multiple world championships and Olympic gold medals. Soviet players were conscripted into the army and confined to barracks 11 months of the year, barely able to see their families and forced to practice up to four times a day. When traveling to international tournaments, they were monitored by KGB agents. At practice they were terrorized by Tikhonov in a manner that Polsky describes as “typical Soviet tactics of intimidation and manipulation.” But the struggle against repressive authority was bigger than just a bullying coach, says Viacheslav “Slava” Fetisov, the squad’s longtime captain. “It was a conflict between human being and the system called communism.”

Fetisov’s lengthy battle to play hockey in the U.S. provides a moving emotional arc to Red Army, which opens on January 23. Authorities repeatedly blocked his attempt to be the first Russian to make the leap to the NHL. At one point he was detained and beaten by the KGB and nearly banished to Siberia. Though he ultimately played nine seasons for the New Jersey Devils and Detroit Red Wings, winning back-to-back Stanley Cups and earning a spot in the Hall of Fame, he remained a staunch patriot who refused to defect to the West. After retiring in 1998, he returned to Russia, where he served as minister of sport under Vladimir Putin and is now a senator. “It’s an incredibly personal journey,” says Polsky. “But his career is a metaphor for the Soviet experience.”

It’s also a story Polsky nearly didn’t get. Fetisov refused a half-dozen requests to appear in the film but – impressed by Polsky’s persistence – finally agreed to a 15-minute interview, and ended up sitting for 18 hours of confessional footage. “He was well prepared and I liked him,” Fetisov says of the director. “He’s the kind of guy that wants to do something good, and it’s tough to say no.”