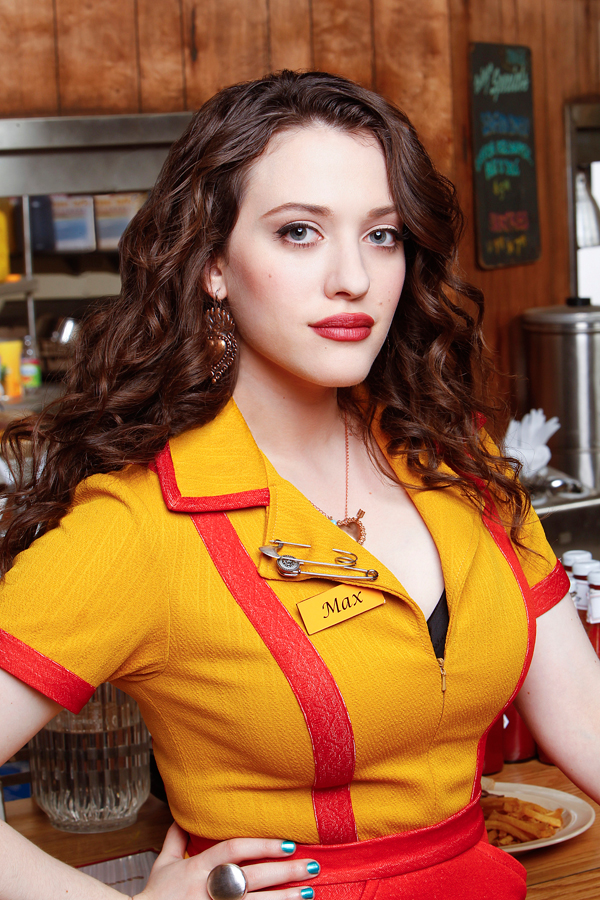 Never mind that, at 25, Kat Dennings has acted in The 40-Year-Old Virgin and Thor, that she co-stars on 2 Broke Girls, television’s most popular new sitcom, or that her title role opposite Michael Cera in Nick and Norah’s Infinite Playlist made her the cult-crush object of thousands of Michael Cera-ish boys nationwide: She has zero interest in Young Hollywood life. “I live in the Valley,” she says. “I’m a reclusive weirdo.”

Dennings is at a Valley cafe, decked out in don’t-notice-me gear: gray hoodie, blue jeans, oversize handbag clutched over her chest like a shield. She takes out her phone to show me how a reclusive weirdo decorates her apartment. “I forget the artist, but I love these prints,” she says, zooming in on a photo of a drawing of Jesus flanked by the StarKist tuna mascot and Popeye. “Their bodies are made of organs, like eyeballs, intestines and stuff.” I raise an eyebrow. “The more unsettling,” she says, “the more I feel at home.”

Dennings is the Pennsylvania-bred daughter of a biochemist dad and speech-therapist mom, whose appeal lies in her unsunny, unsentimental disposition. On 2 Broke Girls, playing a tough Brooklyn waitress called Max, she spends half her scenes sighing scornfully, and the other half making vagina jokes, but she says the writers are going to draw on her dramatic chops, too. “The show’s not just a ha-ha machine,” she says. “I grew up watching The Golden Girls, The Nanny – I want to bring the sitcom back.”

Related
• The Hot List: The Best, Brightest and Baddest of 2011

This story is from the November 10, 2011 issue of Rolling Stone.

NEXT: How Jason Segel Went From Apatow Bro to Master of Muppets