While reporting my recent Rolling Stone feature on Bill Murray, I spent a weekend in Toronto, attending the world premiere of St. Vincent, going to a screening of Ghostbusters at the official “Bill Murray Day,” talking to his friends and collaborators, partying with the star at a Toronto nightclub, and conducting an interview with him the next morning. Murray eyed my shirt, which was different than the one I had worn the night before: “You changed,” he said, genuinely surprised. We sat in a suite on the 22nd floor of a luxury hotel; he seemed visibly skeptical of the notion of being interviewed, but willing to talk, since we had both ended up in the same room.

Here are 10 things I learned about Bill Murray that weekend that didn’t make it into the article:

What About Bill?: Wes Anderson on Working With Bill Murray

1. He’s moved by his own work.
Not that he wants people to know. Watching St. Vincent for the first time with a crowd, he was pleased to discover that they were responding to the story of a crusty, hostile veteran and the young boy next door he ends up befriending. Then he realized he was getting emotional himself: “Oh my God, I’m starting to get tears in my eyes. I’m thinking if the lights come up and I’m crying, that’s really bad. That’s a really bad moment that I will become infamous for. I’d rather start stabbing myself in the stomach with a pen than cry. I really had to pull it together.”

2. He wants to return to the theater.
Asked what he wants to do that he hasn’t done yet, Murray immediately said, “Oh, I’d like to write a play.” Murray started out doing theater — both in Chicago, where studied with improv guru Del Close, and in New York, where before Saturday Night Live he appeared in the theatrical revue The National Lampoon Show. “It resonates with me,” Murray said. “It’s where I started and I think it’s all theater, in a funny way.” Acting in movies suits his short attention span, but he appreciates the immediate, visceral impact of being live in front of an audience: “Writing is stepping back from that because it’s mental, it’s just words on a page.” So does he have a specific play in mind? “Absolutely not,” he said, laughing. “That’s the problem. I feel like my destiny is to do that, but I haven’t gotten around to it.

It took an enormous act of stomach-pen-stabbing will not to quote back his lines from Tootsie, where he nailed his supporting role as a frustrated playwright: “I wish I had a theater that was only open when it rained” or “I don’t like it when people come up to me after my plays and say, ‘I really dug your message, man’ or ‘I really dug your play, man, I cried.’ You know, I like it when people come up to me the next day, or a week later, and they say, ‘I saw your play. What happened?'”

3. His performance in St. Vincent contains elements of his own family.
“I see the whole family lineage in the body, the way everyone moves. I see my brother, my father. I wasn’t thinking so much of my grandpa, but he’s definitely a formative influence. He used to pop his choppers out. He got his teeth knocked out somehow, and he could make his lower bridge come out and scare the hell out of small children.” 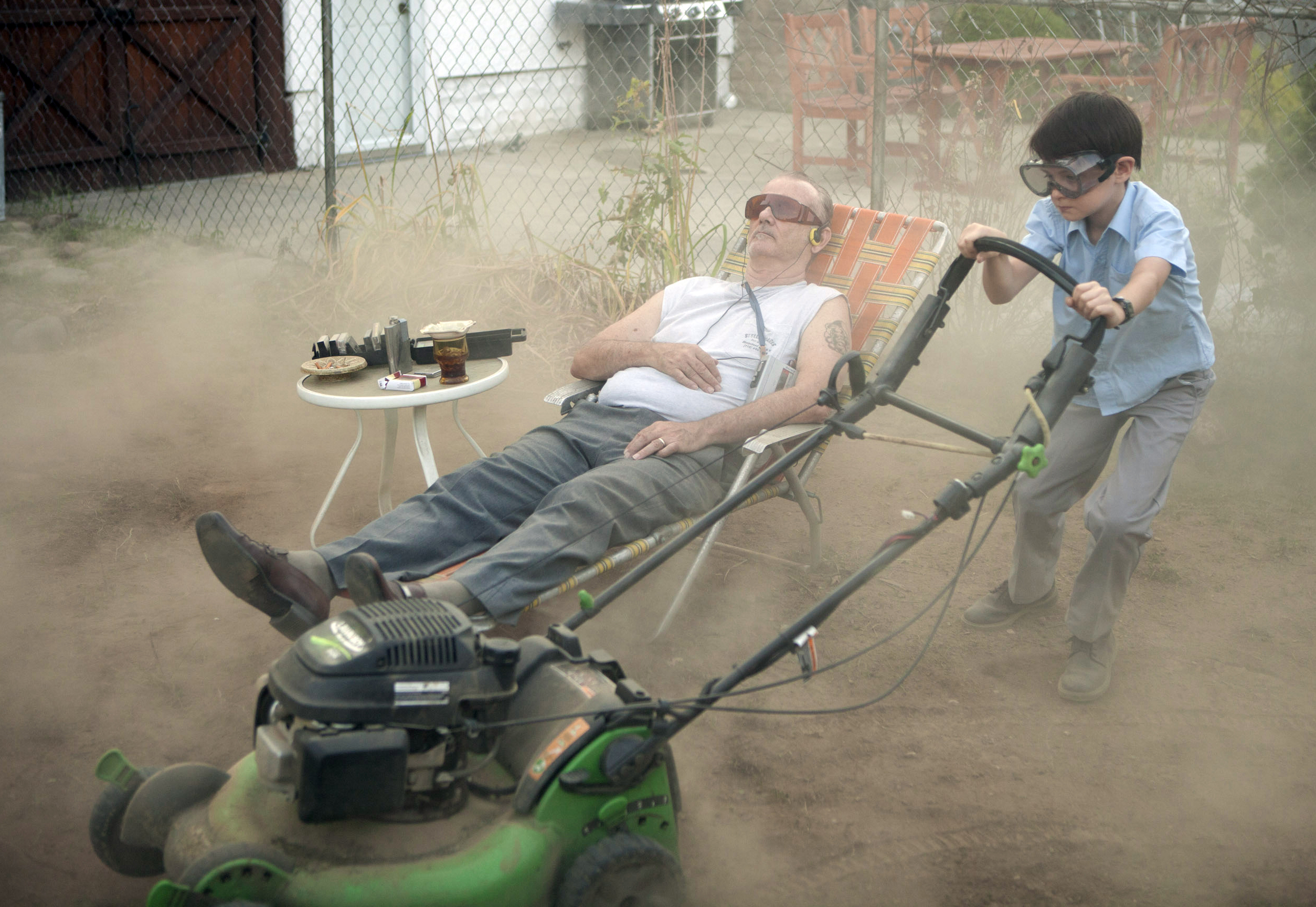 4. He doesn’t need a morning ride from a Teamster.
Theodore Melfi, the writer and director of St. Vincent, says while the movie was shooting in New York, Murray gave the production back the money that was allotted for his hotel budget, and stayed instead in the spare room of a friend in Williamsburg. “He rode his 10-speed bike to the set pretty much every day, about a 40-minute ride. He would come to the set sweaty and then just throw on a shirt.”

5. Murray’s learned how to pace himself onscreen.
Asked if he’s improved as an actor (his first lead role in a film was Meatballs, in 1979), Murray says, “Oh yeah, I’m much better than I was. Sometimes it’s hard to look at the old stuff. But that stuff was kind of fiery. It was like an explosion of performance, especially the early improvised ones. I used a lot of energy to get that out. It was great fun.” And now? “I’m more efficient doing it. You’re still exhausted when you’re done, you just track the energy differently. And hopefully there’s more depth to everything. You’re not in a hurry for it to move — you’re comfortable watching it.”

6. His feud with Harold Ramis mystified people who knew them both.
Famously, Murray had a huge falling out with Harold Ramis, who had directed him in Caddyshack and Groundhog Day, reconciling shortly before Ramis’s death in February. Ivan Reitman, who had collaborated with both of them on Stripes, Meatballs, and Ghostbusters, said, “I still couldn’t tell you what the issue was with Harold. Bill could never articulate it to me. I’ve asked him about it. I even started defending Harold to him. I know he reconciled with Harold before he died, which I was really happy to hear about. But I think [Bill] was going through these big personal changes, and at the same time, he had achieved all the financial success and fame that he wanted in his life — he wanted to be more satisfied as an artist. I think he undersold a bit the sheer artistry of a movie like Groundhog Day or Ghostbusters. We don’t recognize the brilliance of these performances until 30 years later.”

7. He has a system for handling bad actors.
Asked what he does when he’s in the middle of a film shoot and he knows it’s not going well, Murray said, “Golly, that’s hard. It doesn’t happen that often, but maybe there’s an actor that doesn’t get it — you have to adjust a lot, and you try all kinds of things to shake someone out of it without appearing to be attending to them. But if someone’s just not on the same page, you have to adjust the relationship, make it a different relationship than the ones in all the rest of the movie. You can’t match what they’re doing, but you make a movie within the movie with this one character.”

8. His attitude to law enforcement has evolved.
“I remember Danny Aykroyd saying a long time ago, ‘I embrace the police,’ and I thought that was the funniest thing ever. It was so nuts, because he’s such a crazy person. But when you’re a teenager, the police are only going to get you in trouble. But now I see police, and at the top of their game, they’re there to serve and protect. It’s like, where’s a cop when you need one? Well, you are going to need a cop sometime. You need a cop, and you need safety, and you need order. There can’t just be chaos.” 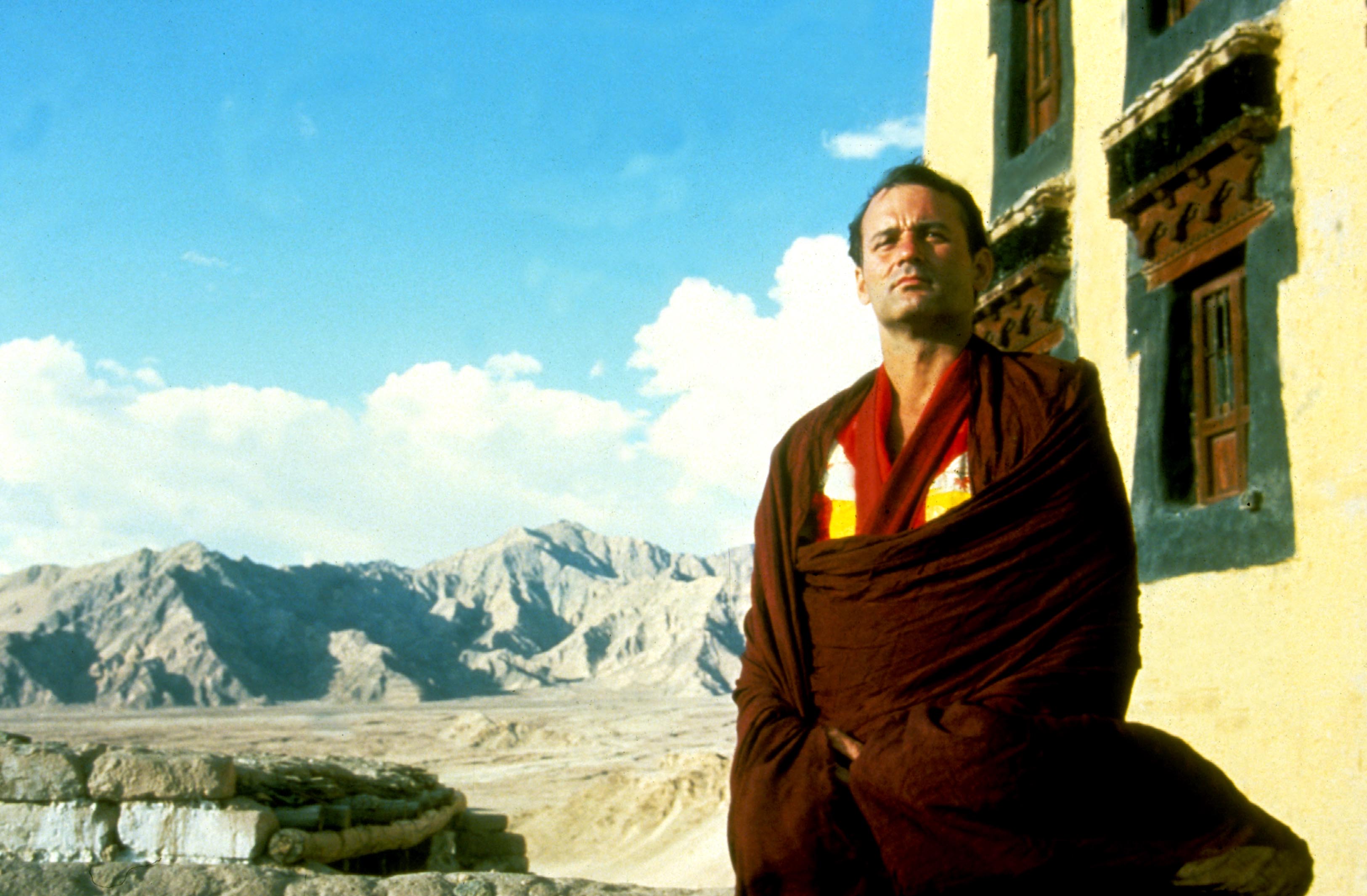 9. Murray has reconsidered The Razor’s Edge.
Asked about a mistake he made, Murray hemmed and hawed, but ultimately reached back three decades. “Really, it was a choice. And I don’t regret it. I mean, I guess it is a regret, but I don’t think it was a wrong thing.” The movie in question was The Razor’s Edge, the 1984 adaptation of W. Somerset Maugham’s autobiographical novel — known as Murray’s first real dramatic role, and a movie that he remembers fondly for the location shooting, which included time in Paris, London, and India. Murray says the studio asked if they could retain the story but update it from World War I to the modern era. “John Byrum [the director] wanted to make it in the period,” the actor said, “and he was my guy, and the only way I could have done things at the time was to be with my guy. But I saw later that there was something to what they said — I didn’t know the people of that era, and the fall of the Archduke [Ferdinand]. But I saw people of the Vietnam era in that book, and that’s one of the reasons it touched me. So I guess that was a mistake. I wasn’t thinking clearly enough to have a conversation as opposed to rejecting it with ego. The problem with studios is you get this attitude of us versus them: we’re the artists and they’re just these money-grabbers. But the crazy thing is sometimes they’re right.”

10. Melissa McCarthy has tried to apply Bill Murray’s example in real life
McCarthy co-stars with Murray in St. Vincent (she plays the divorced mother next door) and like Murray, the actress has converted an improv-comedy background into a gloriously unpredictable film career. Still, she was completely overwhelmed by meeting him. “You want to impress him,” McCarthy confided. “But don’t think you’re going to out-funny him, because that’s not going to work out well for you. Just because I have basketball shorts on, I’m not going to impress Michael Jordan.”

On the last day of shooting St. Vincent, McCarthy had to leave slightly early — she was scheduled to depart at five p.m. so she could make a plane to L.A. and get back to work on Mike & Molly. Murray didn’t just rib her for cutting out: He presented her with a large cake, inscribed “To Melissa, thanks for staying as long as you did.” McCarthy relished the moment — and enjoyed it even more after she missed her plane because she stayed on the set late to finish work.

One night after the film wrapped, she and her husband Ben Falcone had two choices for the evening: They could do practical household chores, or they could sit in their backyard “and stare at nothing and talk about nonsense,” McCarthy says. “We chose the nonsense. Thank you, Bill Murray, for making me choose randomly and not practically.”